The world of Casio G-Shock is enormous. With a history that spans nearly 40 years, it’s one of the deeper horological rabbit holes modern enthusiasts can become involved in. And become invovled, they do — the G-Shock community is one of the most active and robust on social media and the various watch forums where vintage and limited models are bought, sold, and traded.

If you’ve only experienced the G-Shocks that are readily available at department stores, you might be surprised to discover the breadth and variety of special and limited edition G-Shocks that have been produced over the years, including the collaboration that we’re discussing today with the Gorillaz. Yes, the Gorillaz — the British “virtual band” fronted by Blur’s Damon Albarn along with four virtual members created by artist Jamie Hewlett has actually collaborated with Casio on a G-Shock before, and the new watches that have just been announced are an artistic extension of the previous collaboration. Let’s take a closer look at what we have here. 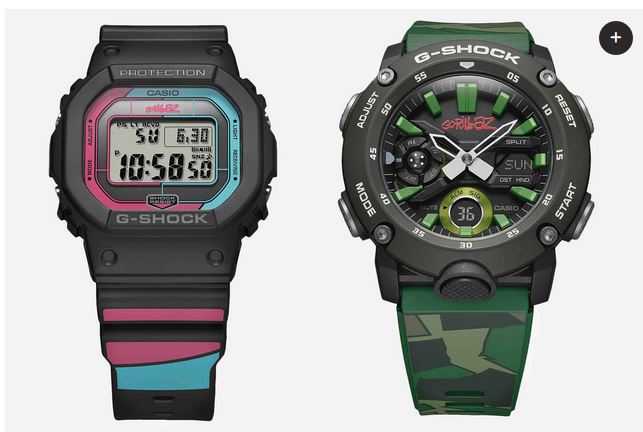 They gotta be kidding. Too big, too garish. I guess I'm too old.

*homosexual if you are offended by the word gay.
.