Tudor is a brand I've been watching for a while. I like their Black Bay series, but they're all a little big for my tastes.

So why not get a Sub? Well, apart from the fact that they cost more, I just don't like the look of the Sub.
There, I said it. I'm not a Rolex hater, having owned Perpetuals in the past, but the Sub never appealed to me. Except for one - the Big Crown made famous in Goldfinger - well, they're out of the question, they change hands for stupid money.
The BB 58 however, does look quite reminiscent of it.

As soon as the first pictures showed up on the net last year I knew I would have to get this. Reading all the reviews - none of which were negative - only encouraged me more.
What put me off was the price - it's all very well for reviewers to harp on about what great value it is - they've just got it on loan from a buddy who's a dealer - most of them didn't have to pay for it.
IMO, $3500 is a lot of dough for someone who's most expensive watch to date cost less than 1/3 of that. I've never even paid that much for a car.

However, I had some money owing to me and when I finally got paid, I went to the local AD. When I got there I was told it wasn't in stock and they didn't know when they'd be getting it. I returned home and started trawling websites - big waiting lists everywhere. I had resigned myself to having to wait another year, when three days later the AD called me and said we have one. I was there within the hour.
There's no point me waffling on about the fit and finish (whatever that means), I'll just say that it looks and wears great without being too flashy and is everything I expected it to be. 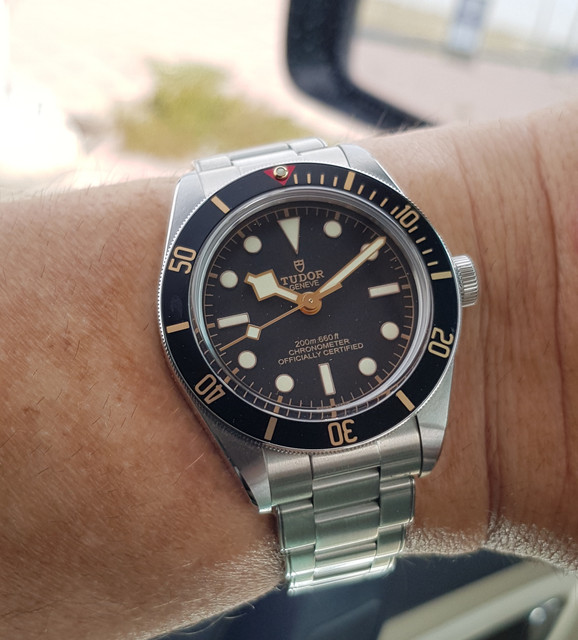 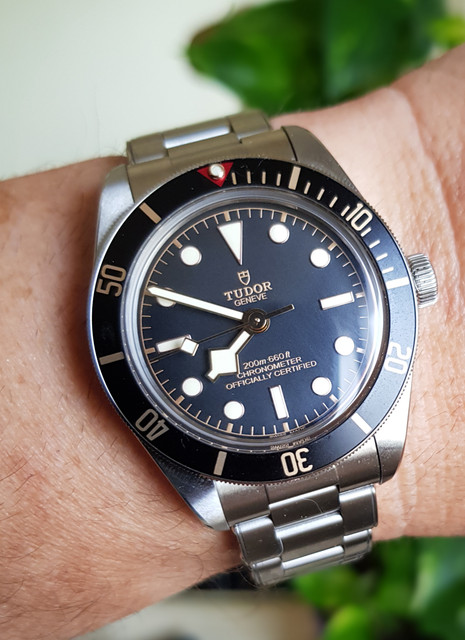 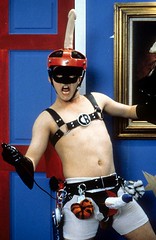 Thank you. I will and I am!

In my considered opinion, that's the best piece in Tudor's current line-up, followed closely by the GMT. Wear it in good health, or, as we say here, lube the goat!
The most merciful thing in the world, I think, is the inability of the human mind to correlate all its contents.
H.P. Lovecraft

MKTheVintageBloke wrote:In my considered opinion, that's the best piece in Tudor's current line-up, followed closely by the GMT. Wear it in good health, or, as we say here, lube the goat!

It's also my opinion that it's their best. Having said that, I almost got a BB 36mm when they first came out but instead decided to wait and see if they would bring out a 36-38mm Ranger.

Mine likes me. Just watch out for Dr Smells, he will politely remind you to return his rightful BB to him as quick as possible. Enjoy it while you can...

I love my BB and I could definitely fall in love with that one too... Great pick-up. Excellent size and I love the gold hands and accents. Enjoy!

Nice!
My little brain can't even comprehend how deep that is.

Fine and lovely watch.
"I'll give you 5 bucks to spank me with a dead duck!"-Mike Rowe, Dirty Jobs