In 1953 the Rolex Submariner and Blancpain Fifty Fathoms paved the way for the most covetable of all luxury watch styles: The Dive Watch. Doxa were founded in 1889, by Georges Ducommun in Le Locle, near the Jura Mountains. In 1967 they created, arguably, the most recognisable of this utilitarian style, the sub 300T.

Humble beginnings honed into a respectable heritage only to be assumed by a guy whose product belongs at the bottom of the sea.
^^^Copyright

A diving magazine article on the history of Doxa dive watches from the early 2000's. 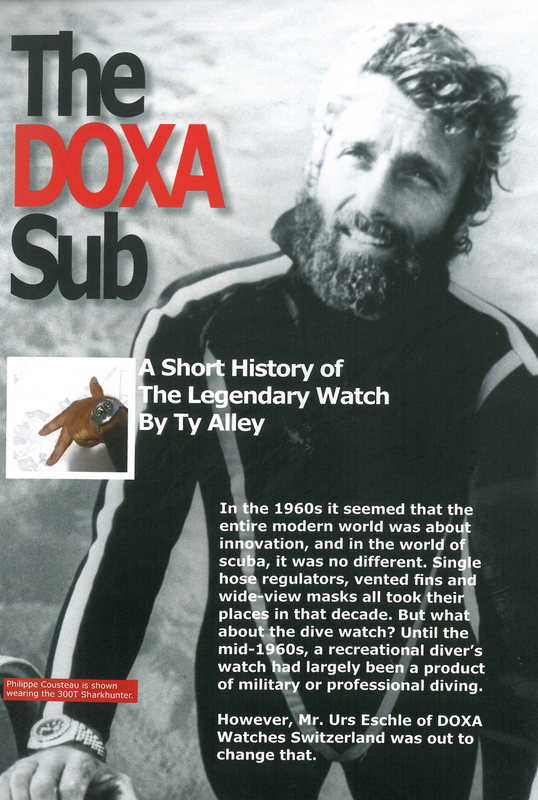 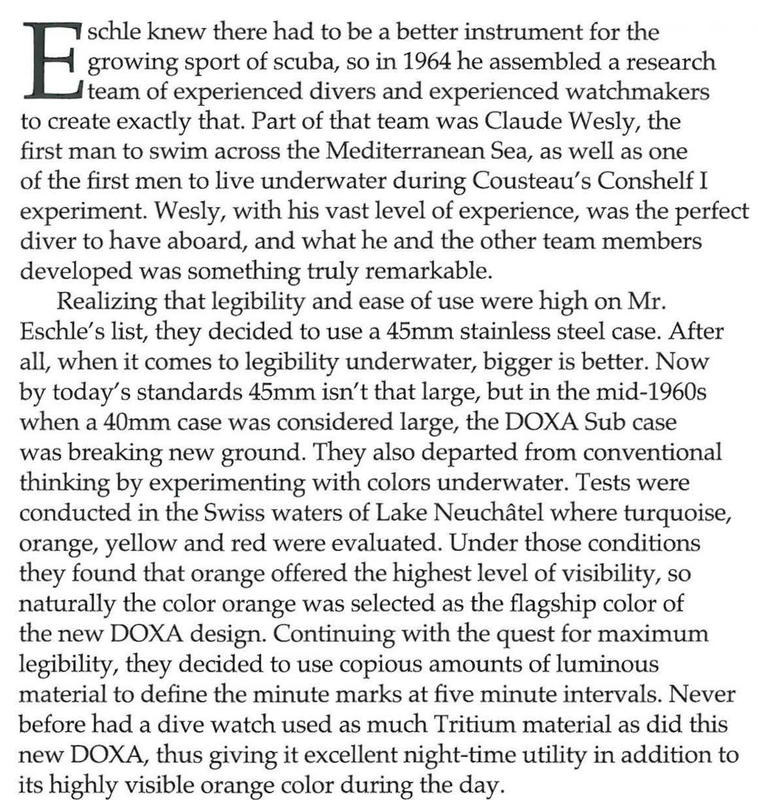 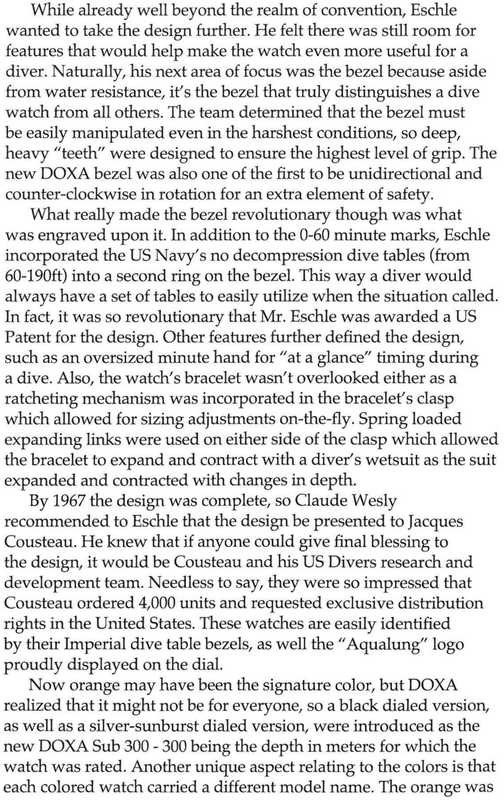 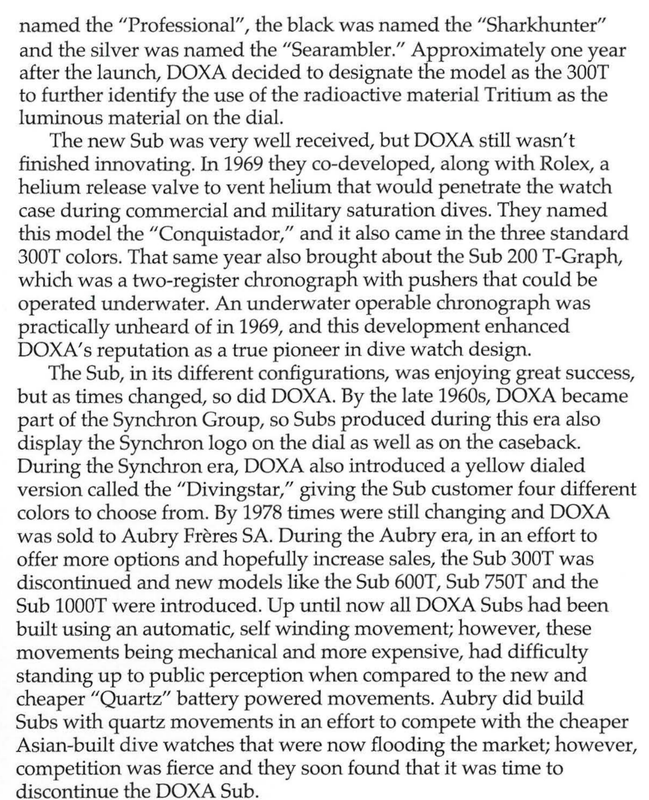 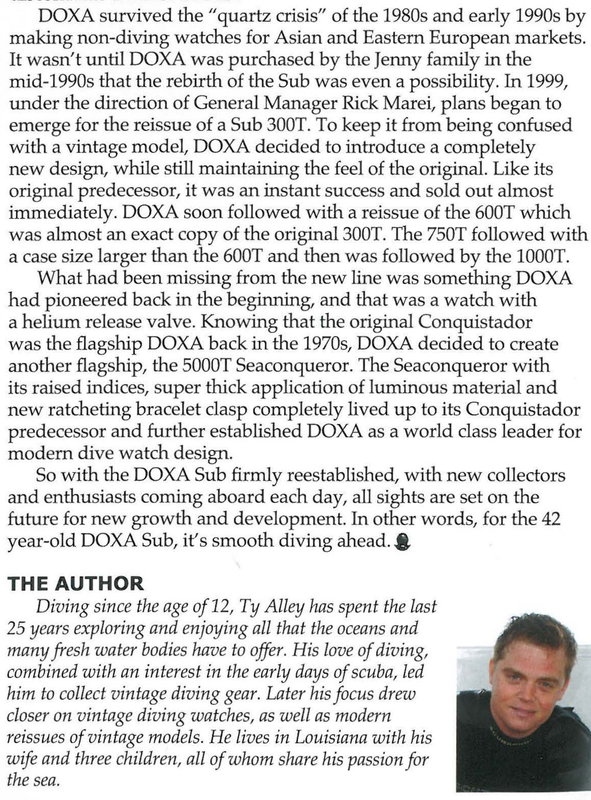 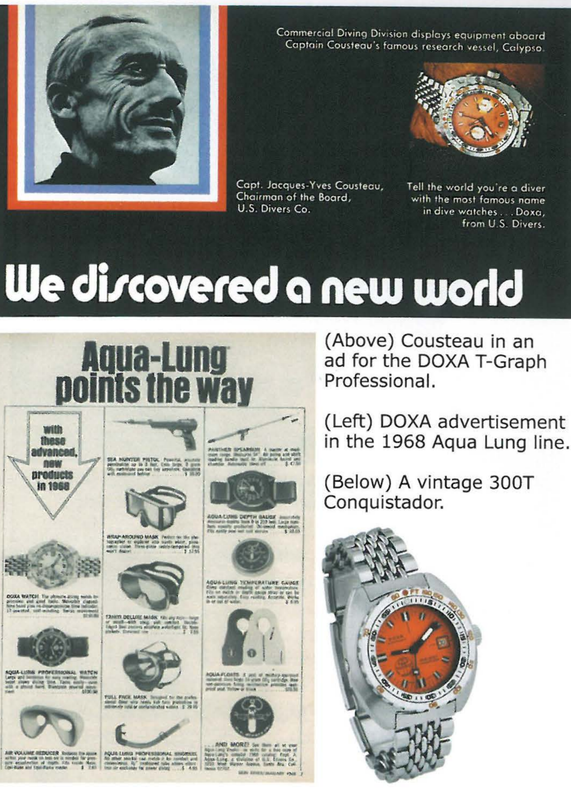 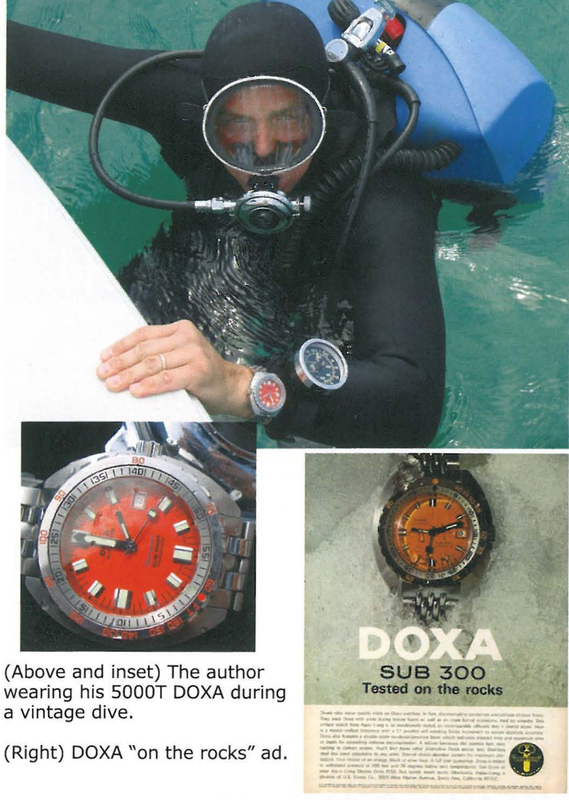 Orange dials are good for snorkelling, not diving.

No diver ever found orange to be the best colour for a dive watch on an actual dive.
Meritocracy: the privilege, wealth and advancement of those who chose their parents wisely.
Capitalism: a cult that promised to do good for the worst reasons.
Nationalism: a profound longing to go back to a past that never existed.
Post Reply
4 posts • Page 1 of 1