The vintage Chronomaster, “Paul Newman” models, are sought after among collectors. They were only made in small numbers and had the “Paul Newman” Daytona -style sub-registers at the 9 o’clock position. This is where the nickname comes from. Furthermore, inside them beat the legendary Valjoux 23 caliber. Amazingly, the new Nivada Grenchen Chronomaster “Paul Newman” is also equipped with the Valjoux 23. I guess we can’t call these watches a re-edition. Perhaps they are recreations? Or maybe it is simply a “return”?

Chronomaster on the rise
Last September, amid the pandemic but between two waves when life was somewhat open (at least in Europe), Mike and I drove up to the Hague to the Fratello HQ. As we usually do when we meet, Mike brought some of the watches he had for review, and I did the same. He showed me the then-new Breitling AVI 765 as well as the Aquastar Deepstar. As for me, I also had a reedition of a vintage diver chronograph in my bag; the Nivada Grenchen Chronomaster Aviator Sea Diver. Since the brand came (back) to the market, I’ve been following its endeavors. As one of a selected few, Fratello usually has access to the latest and greatest in advance so we can report on these new creations on time. Still, I was beyond excited when I laid hands on the new “Paul Newman” Chronomaster just a few weeks ago.

Why, gosh darn it, this flipping watch makes my penis turgid!


It kinda gives me a big steamer as well.

Funny enough, when I bought this a few years back (actually quite a few, in 2012), I didn't even know it was considered such a special model (and personally I still think the original Chronomaster is more iconic). The watch was rather cheap, as it was missing the bezel - the previous owner had simply replace it with a machine turned ring. But at that time spare parts / whole cases from scrapped watches were still available at reasonable prices. 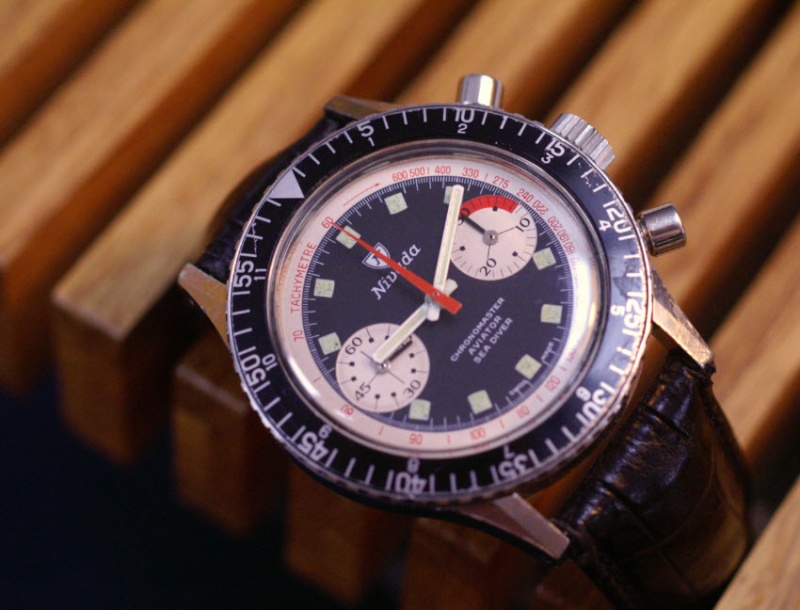 This is the spare I bought: 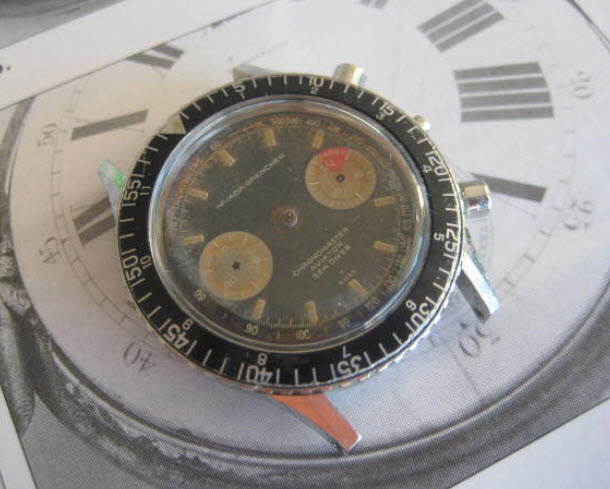 I think the Paul Newman connection is a little thin. Just because it's black and white, or white and black, and has subdials, is it a "Paul Newman"?

Nice watch though.
Randy in Nashville

There is no connection other than that in the 60ies Rolex chronographs were not built using inhouse components. The dial came from another vendor, and obviously the design was also popular with other brands. Note at that time the brand Rolex was not quite what it is today. I do agree, to call these "Paul Newman style" is rather idiotic. I did learn it is a special model only when the book "Chronomaster Only" was published. Of my three Chronomadters, this is the one I would sell first, I am not so convinced of the particular design.
Ardnut since 1989

This one is much rarer: 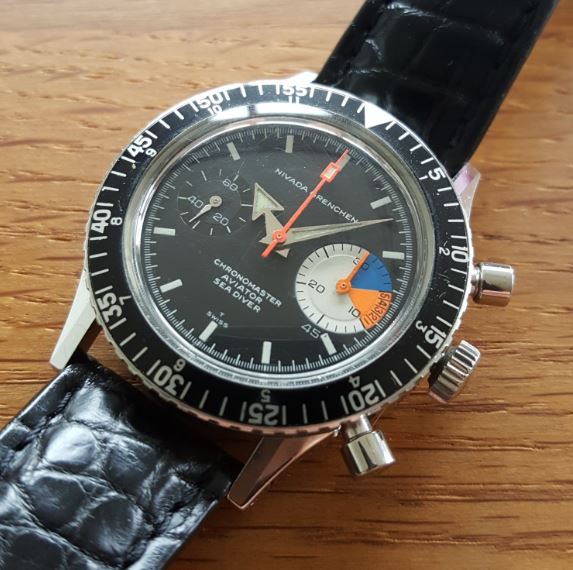 One of the coolest chronographs ever made.
----Nice catches gerdson.
^^^Copyright