Rado combines a nautically inspired bronze case with a lush, burgundy- colored dial and bezel insert in the most vibrantly colorful model to date in the Captain Cook collection, the Captain Cook Burgundy Bronze, which I had a chance to obtain for a review back in the winter. Scroll down for details.

It looks Christmassy.” That was the first reaction from my wife upon seeing the Rado Captain Cook Burgundy Bronze on my wrist, after I’d strapped it on for the first time last December. And while it’s doubtful that Rado’s designers had a yuletide aesthetic in mind when they envisioned this timepiece, there can be no doubt that its overall look is festive, and easily the most playful in the Captain Cook series since it made its modern debut in 2017.

Rado’s resurrection of the Captain Cook — originally a relatively obscure divers’ watch produced from about 1962 to 1968, and named after the 18th-century British explorer and navy captain James Cook — has proven to be one of the Swiss brand’s most savvy moves in recent years. Not only has the watch, with all of its distinctly retro elements, taken a place of honor in the burgeoning category of vintage-influenced dive watches; it has also given Rado a more classical style of timepiece with which to flaunt its “master of materials” cred, particularly in the use of high-tech ceramics and, more recently, bronze. Previous Captain Cook models have paired bronze cases with blue, brown and green dials; this latest model, which I had a chance to review shortly after its debut, is the first to match bronze with a deep red colorway that appears to be on the cusp of having a big moment in the watch world.

Nice looking, but why take a $2600 watch and put it on dime store counter display strap.
^^^Copyright

On a different strap, maybe.

For now, I'll stick with this: 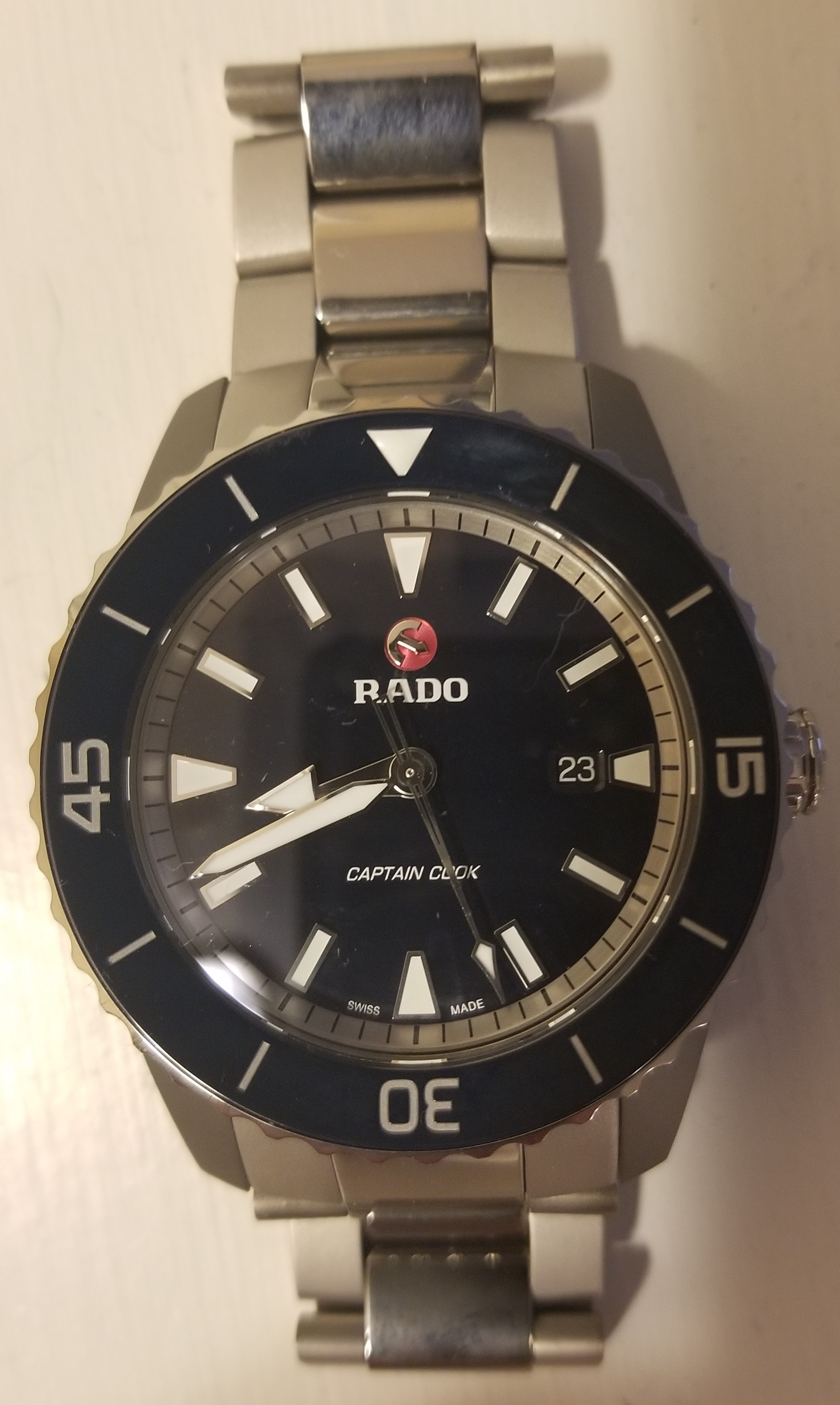