WC’s latest limited edition is a surprisingly small run – 80 pieces to mark the 80th anniversary of the flight of the giant Latécoère 521 flying boat Lieutenant de Vaisseau Paris from New York to Lac de Biscarrosse in Southwestern France. Starting on Bastille Day, July 14, in 1939, the flight was the first nonstop crossing of the North Atlantic by flying boat. 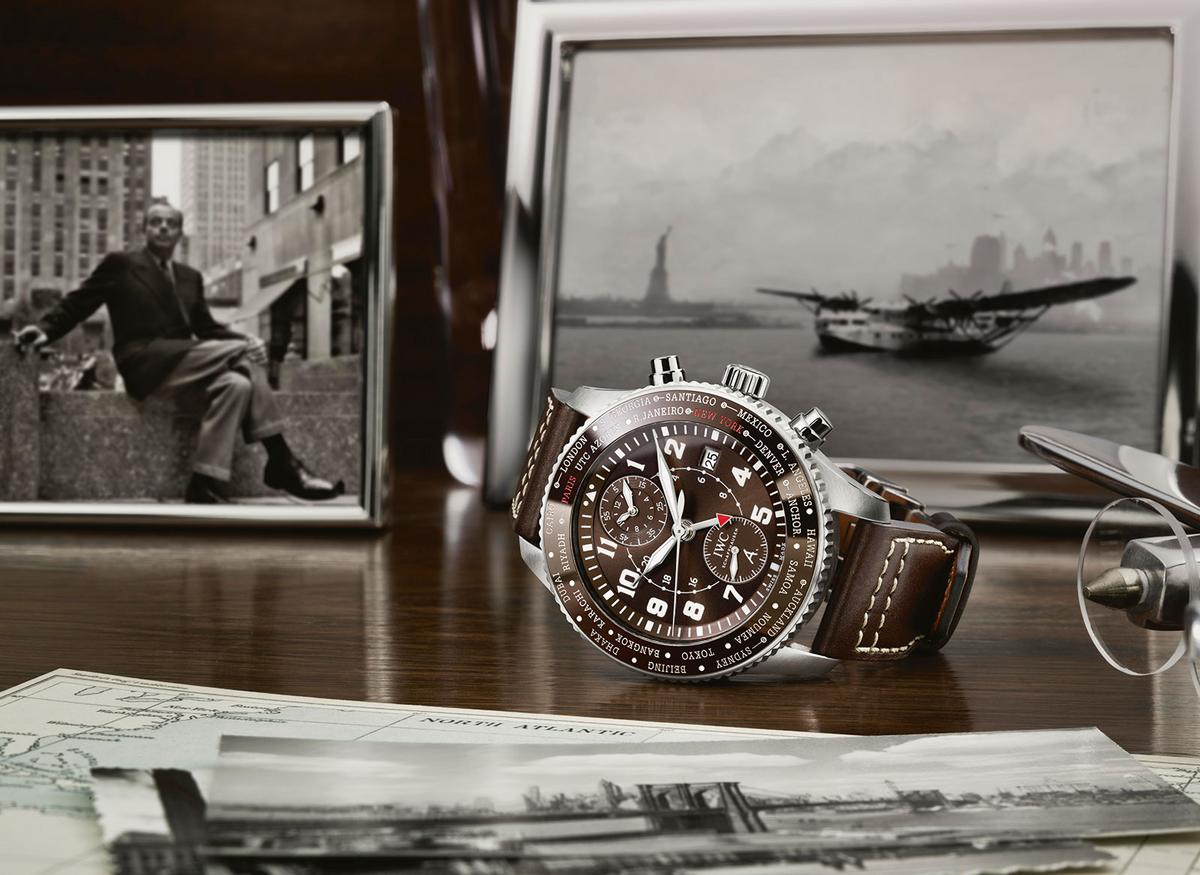 A passenger on the 28-hour, 27-minute journey was French aviator Antoine de Saint Exupéry. And it happens that one of IWC’s most popular sub-collections of pilot’s watches watches is Le Petit Prince, named after the famous novel by de Saint Exupéry. So the Pilot’s Watch Timezoner Chronograph Edition “80 Years Flight to New York” is an offshoot of the Le Petit Prince collection, with a few tweaks.

Not bad, but just too fucking big.
The most merciful thing in the world, I think, is the inability of the human mind to correlate all its contents.
H.P. Lovecraft

80 pieces! Cool! With that many they'll be super cheap.- Hell- $13 thou - actually not terrible, really.