And I love acrylic crystals too, for their warmth and light handling, and because scratches can buff out. But acrylic *can* scratch easily enough if one is careless, and sapphire is probably the most easily maintained crystal. 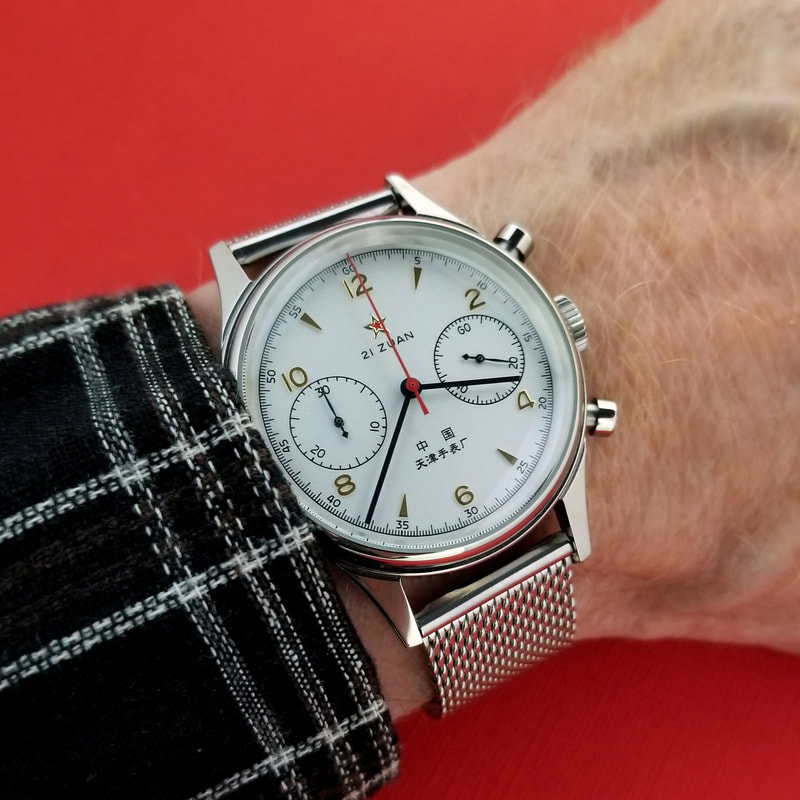 Well, it arrived today (my birthday, so I'm a happy camper).

It feels solid and came wearing an inexpensive but (so far) serviceable milanese mesh (as ordered), and there was a nice 20mm Watchdives NATO along with it (and not one I already had, too.

Packed well and came in a budget but very protective plastic travel case.

A quick and dirty shot of the flock... 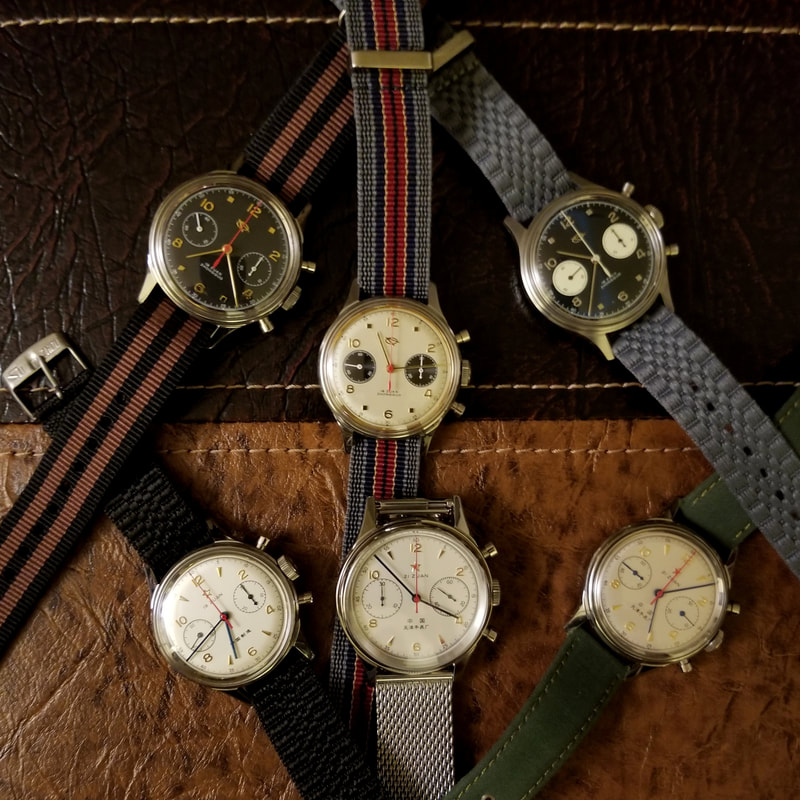 Nice little present to yourself!

Are you planning to put a strap on that watch, too?

Happy Birthday, Ron. You can really see size the difference in the 40mm vs the others. The 1963 is one of the best budget releases in a long while.

Thanks for the birthday wishes, folks. 71 and still right side of the dirt, and all that :-)

I tried all these and they all work just fine.

I really liked it on the leather NATO and the dark strap. The top one is the freebie that came with the watch--and it's decent. Solid hardware for sure, and looks fine.

The thing is, with the '63/304, and like the top photo kinda shows, it's harder to find a strap than doesn't work than one that does. 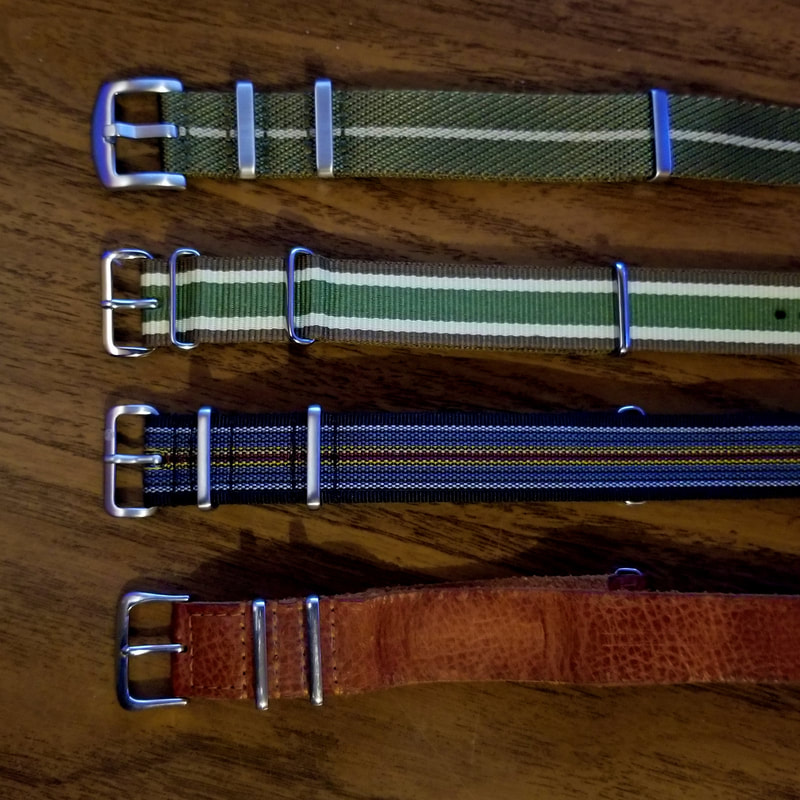 Agree with you about the quartz cornographs. So many mechanicals seem to crap out, and who wants to deal with the routine service fees.
Nice pick up!

Wow, that is a looker. Great timing indeed!
. Quartz-powered homage of a Chinese mechanical! Never saw that one coming. Very cool.