Over two years ago, I was approached by Anthony Turner, one of three historians compiling A General History of Horology, released April 21st/2022, and published by Oxford University Press. Mr. Turner asked me to undertake the section on Modern China.

I could not possibly have done the job myself and so, with permission from the editors, I asked one of my closest friends in the Vintage Chinese Watch world, Jon Ward, known as saskwatch at Watchuseek, to join me on the project. Jon owns MyVCMs.com.

Jon is a stellar collector (his collection is larger than mine, now) and more importantly, a much better researcher. As Jon's contribution to the project is, in my view, far superior to mine, I asked Jon to please take the lead in announcing our part of the project formally to the watch world.

He posted this, yesterday, at Watchuseek:


More than two years ago, AlbertaTime (Ron) contacted me with an exciting opportunity to co-author a section on modern Chinese clock and watchmaking in a new book. Titled A General History of Horology, it’s “a fully world-wide survey” describing “instruments used for the finding and measurement of time from Antiquity to the 21st century”. It’s admirable that the book’s editors decided to include the modern Chinese industry when many others might have snobbishly dismissed the idea out of hand.

The idea of writing about Chinese horology in the twentieth and twenty-first centuries in such an apparently prestigious publication was daunting at first: I’m an amateur collector, not an expert. Nevertheless, I overcame my reservations and agreed to participate. The process of writing began.

For my part, I drew heavily on the wealth of knowledge accumulated over the years from countless contributors to this wonderful forum. I encountered a challenge, however: properly referencing the information. Much came from posters who are no longer active. Websites where I have gathered information in the past are now dead links. After some searching, I eventually found some new, usable sources. I’ll let Ron talk about his excellent contributions, should he choose to.

While we know a considerable amount about the history of Chinese watchmaking, some substantial gaps needed to be filled, most notably the modern history of Chinese clockmaking. Thankfully, Ron’s previous and ongoing efforts to establish contacts in China really paid off, and he was able to acquire valuable information. I appreciate the many additional things I learned in the process. For example:

Working with Ron was an absolute pleasure. Of course I expected that: our interactions over the years have been nothing but friendly, and my visit to the extraordinary Alberta Museum of Chinese Horology in beautiful Peace River was unforgettable. I believe we accomplished something of which we and this forum can be proud. While, because of length limitations, it isn’t as detailed as I would like, I have no doubt that it is much better than anything either of us could have written alone.

It wasn’t until recently that we received news of the book’s publication. The description at the publisher’s website looks very promising: it’s a collection of pieces by authors with specialized knowledge about different aspects of the entire world history of horology. I consider it a great honour to be included in such a distinguished project, and I look forward to receiving my copy.

Gratitude is owed to many people:

--To Anthony Turner, one of the book’s editors with whom we worked
--To collectors and lovers of Chinese timepieces, from whom I’ve learned such an incredible amount
--To the many people who have posted at F72, making it the premier English language source of information on the topic
--Most of all to Ron, who not only was the driving force behind all of this, but who asked me to be involved

It's not correct that I was "the driving force". That appellation certainly belongs to Messrs. Anthony Turner, James Nye, Jonathan Betts, the primary authors and editors of the publication.

A few of my photos also appear in the book.

I'll also note that the chapter on Chinese horological history from centuries ago to 1900 was done by Mr. David Chang, who I suggested for the project when Mr. Turner asked if I knew someone competent to do that period. David and I have become good friends over my visits to China. He is a highly regarded horological scholar in China and, among other things, one of the judges for the GPHG/Fondation du Grand Prix d'Horlogerie de Genève. I'm hugely pleased he agreed, and his work in the book is detailed and valuable. 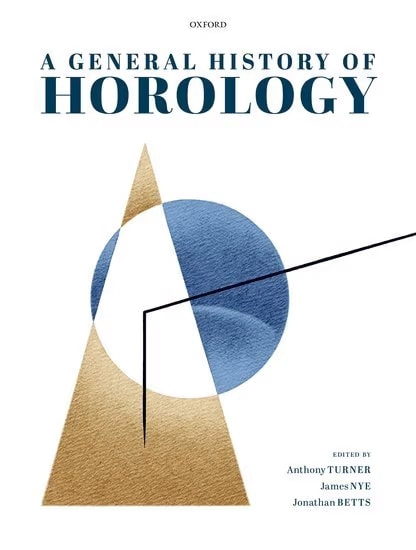 Here's the Table of Contents:

That's my news. I'm very excited, words can't describe how grateful I am to Jon Ward, and I'm very proud of what we all accomplished together.

I look forward to the arrival of my copy, too :-)
Last edited by AlbertaTime on May 3rd 2022, 7:12pm, edited 2 times in total.
Curator: Alberta Museum of Chinese Horology in Peace River

Fantastic!! Nice collaboration. I will now search for a copy!

Thanks to you all, back atcha.

, and it's not the kinda thing I would have ever expected in my life.

This next is also the truth. The best way to understand the contributions Jon made is to see this photo of him and me, mowing the lawn. I'm in stripes. 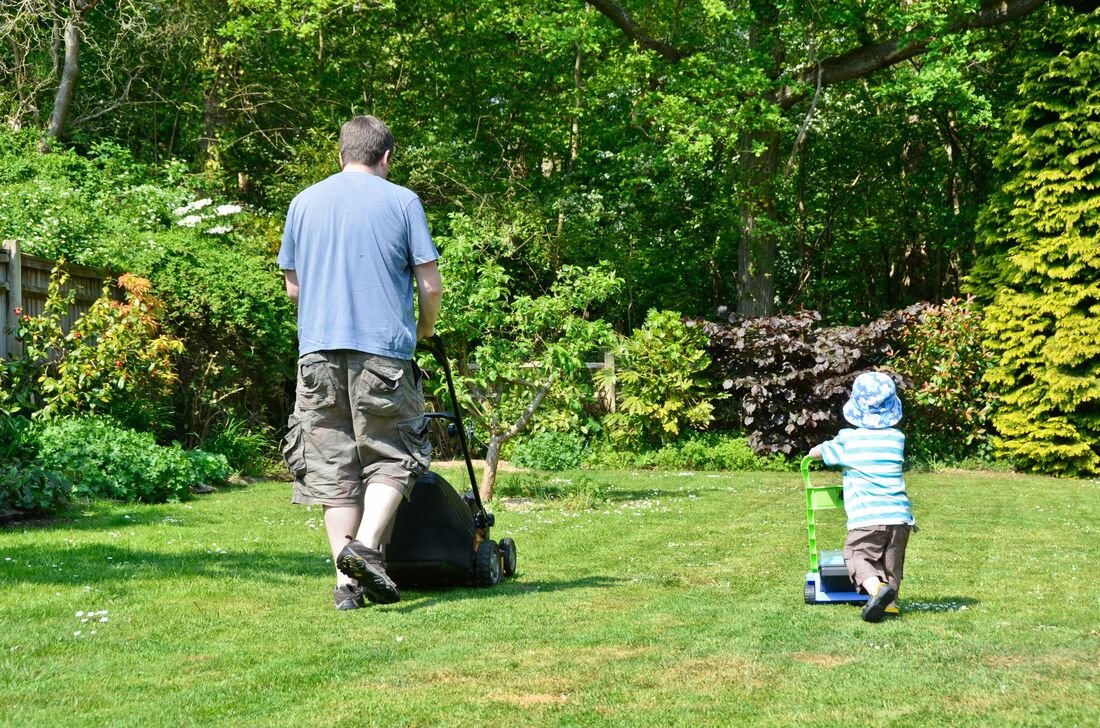 Congratulations Ron. That’s quite an accomplishment!

Look forward to getting a copy.
^^^Copyright

I'll admit, one of the hardest things about it was keeping my flapping mouth from talking lots about if for two years

Your talent continues to impress !!
.

Sounds like a great read. Congratulations are in order. My order is in as well.
See you're WRONG I don't work at all, I'm a Democrat. The immortal Horse Feathers as spoken to Chucky Ninetoes.

The book looks massive, and I admit I was astonished when I saw the credentials of the other writers.

I really deeply care for the people I know in China, including those in the Chinese industry, and I hope our efforts lived up to their standards. They're my teachers.
Curator: Alberta Museum of Chinese Horology in Peace River 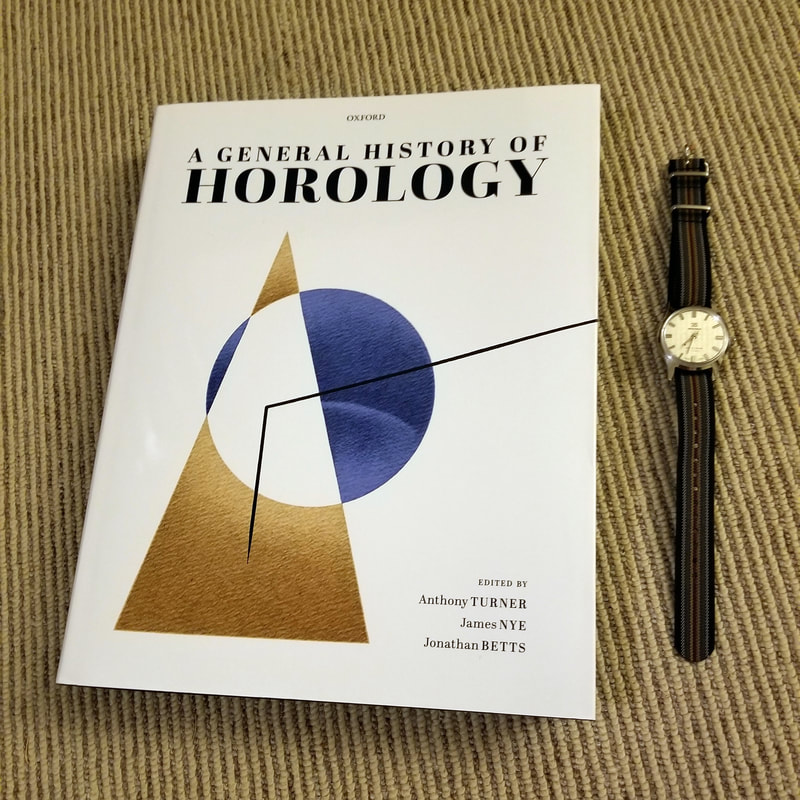 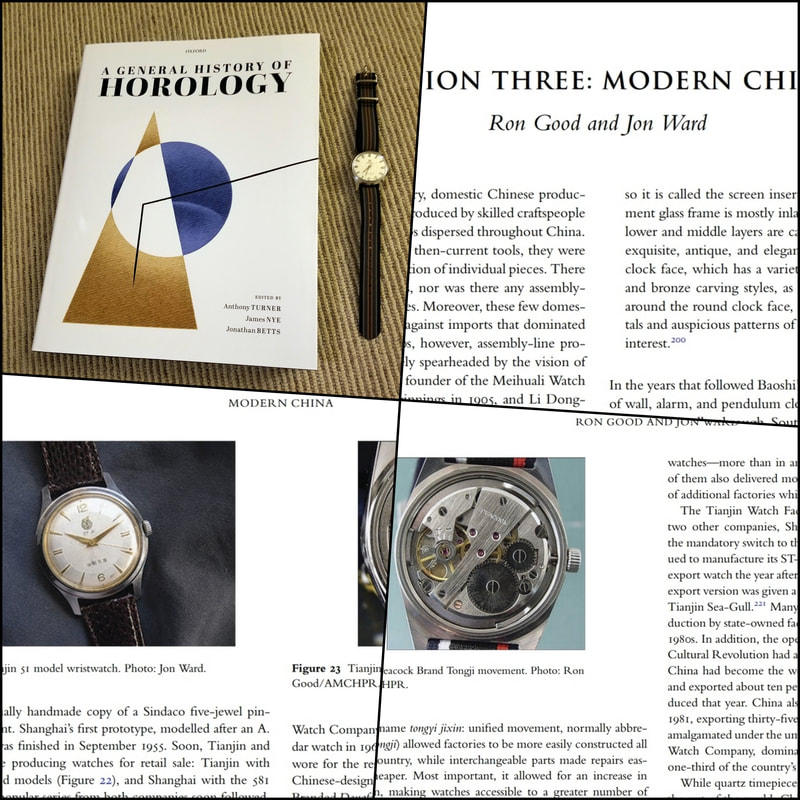 Love the cover. Will be asking for a copy for Christmas
Copyright Reclinervision 2020 Productions. All rights reserved.

Very cool to hear it's out, man — greatly looking forward to getting a copy.

I really appreciate all your kind words, each and every one of you.

I really don't have words to tell y'all how I feel about this, All I can say with certainty is that following curiousity can lead to some fascinating consequences. And the journey ain't over :-)
Curator: Alberta Museum of Chinese Horology in Peace River