Sky Han is my friend in Xinmi. Sky and I originally met when I hired Sky as a guide to get to the Guoliang Tunnel in April 2013. 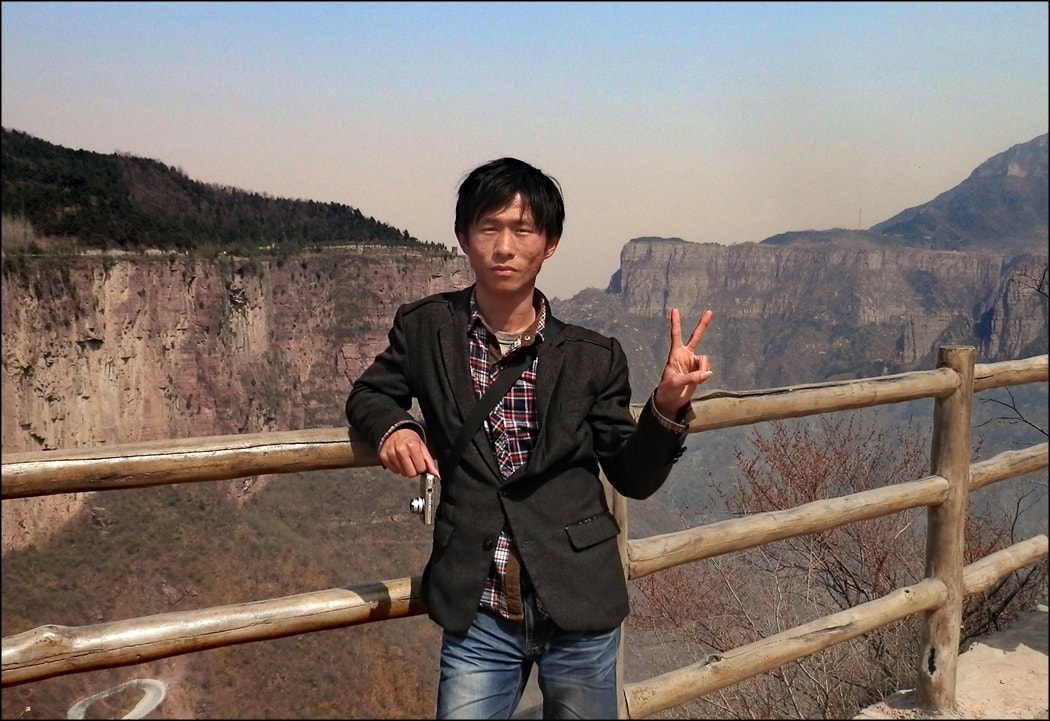 Now, I've only ever once used a guide in China since it's actually easy to get around China--but the way to the Guoliang Tunnel from Luoyang or Zhengzhou is a bit more complicated than usual. Not impossible to do solo (there are good instructions available on the 'net), I just thought it would be easier if I went with someone familiar. It was a good move. The trip to Guioliang Cun and the day after spent with Sky, exploring Zhengzhou, was a high point of my 2013 trip.

Now days, it's not guide/client anymore, it's just time spent in the Xinmi/Luoyang/Zhengzhou area is time spent with Sky, his family, and his friends. And that's just the way it is

I'd had to get up early to get to the Guangzhou Baiyun International Airport late because my flight to Zhengzhou was planned for 11:25AM--which really means get to the airport by 9AM. We finally got airborne at about 4PM because of a flight delay, not the fault of China Southern (my carrier that day).

And time for a hat tip to China Southern. Nobody--even the airlines--learned of the flight delay until about 11:15AM. By noon, China Southern was hand-distributing a hot and complete First Class meal with snacks and beverages to every single waiting passenger of any class on that flight, in the Airport waiting area.

Anyways...I arrived in Zhengzhou about 6:30PM, and since we'd planned on driving immediately from Zhengzhou to Xian, we just hopped in Sky's car with the driver Sky had arranged, his good friend MioMio or 斑马线, and the five of us (me, Sky, Sky's folks and MioMio) scooted straight out.

Sky's parents had never been to Xian, so--planning before I even arrived in China--Sky and I had pooled our resources to get us all to Xian together. I was headed to Shanghai in three days so time together was limited. We had planned a kinda tight schedule: arrival in Xian on the 15th early evening (but the flight delay meant we arrived very late evening), morning and afternoon in Xian on the 16th, driving back to Xinmi (Sky's home town) that evening, spending the 17th in Xinmi because I like the town just on its own terms, and flying out the 18th.

It was kind of a hectic and/or hurry-up-and-wait time, getting to Xian. Looking back, I see I only took a couple of shots from the taxi on the way to Guangzhou Baiyun airport. 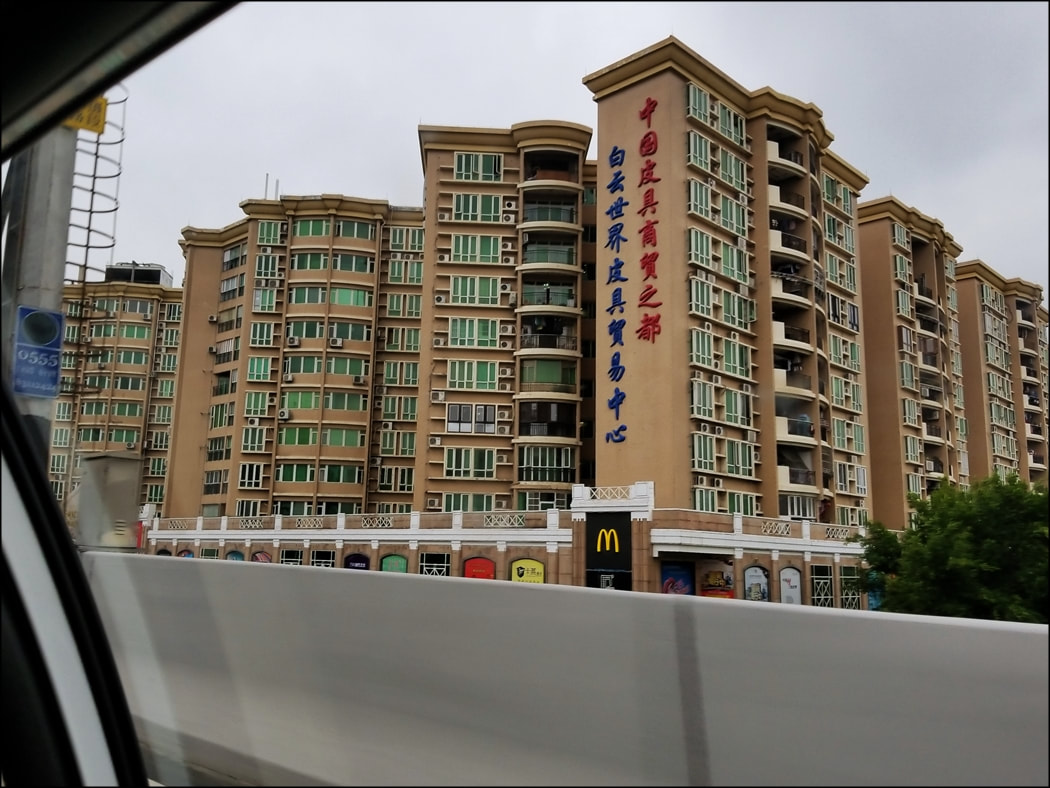 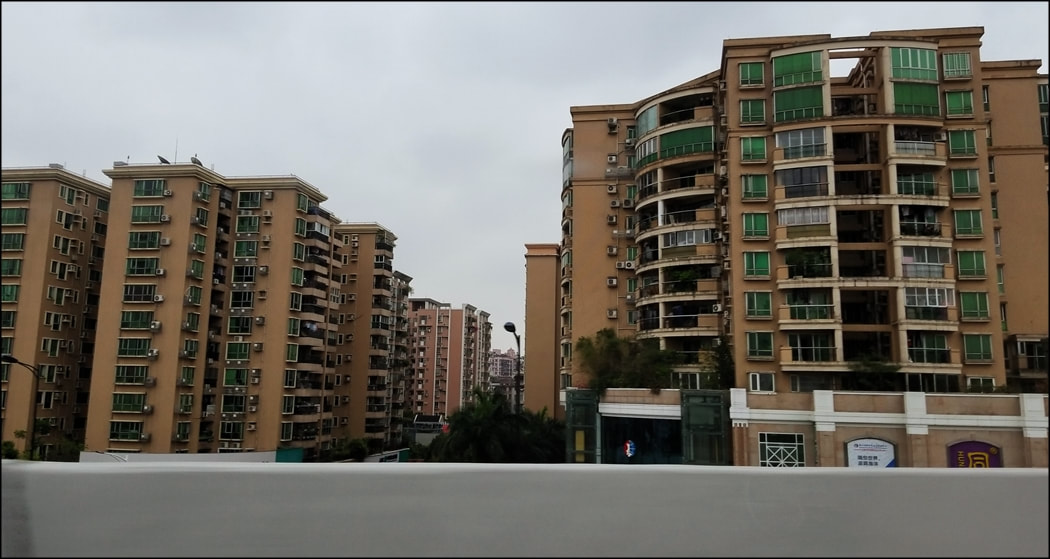 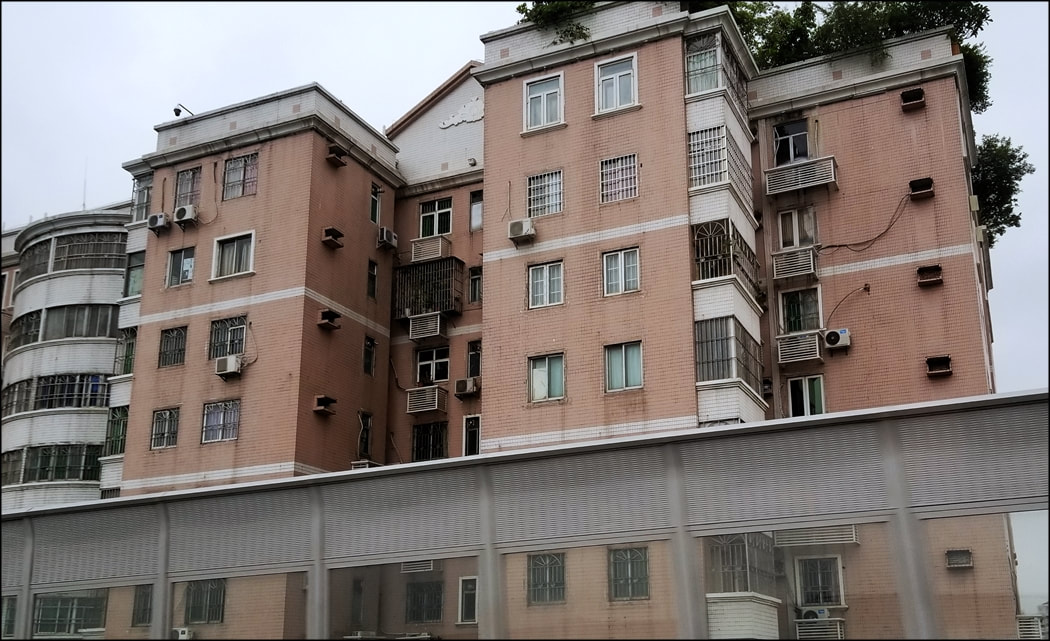 ...and a shot of my beautiful HKED Bundeswehr while waiting for the flight. 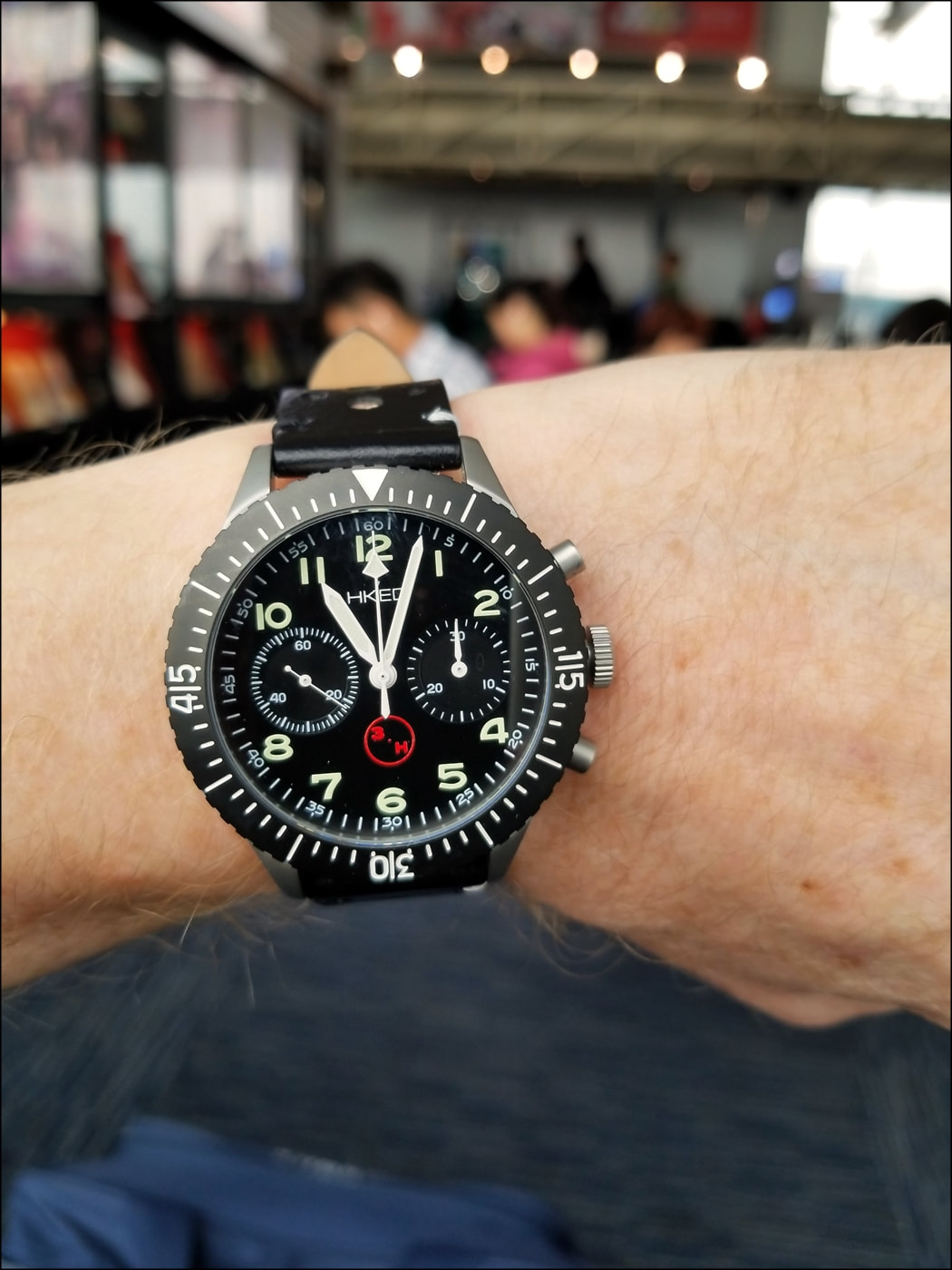 ...then one shot as we headed on the highway from Zhengzhou to Xian. 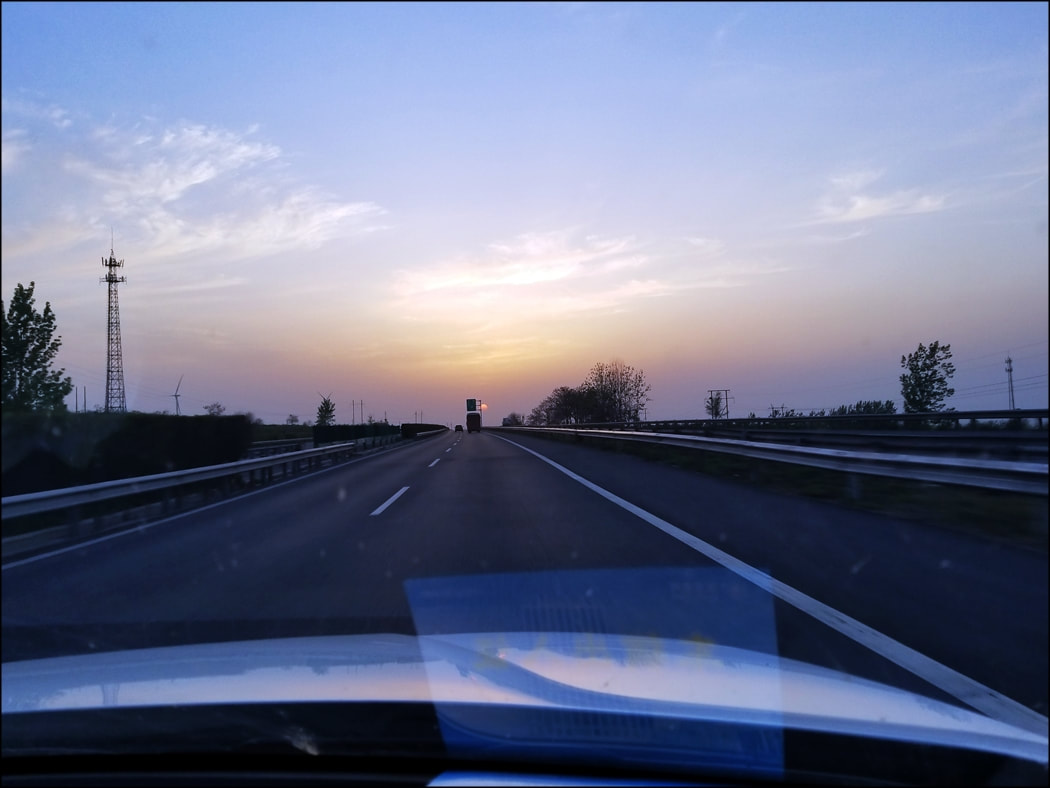 Especially after getting in the car and heading out...Sky and I, and his family, had a lot of catch up to do since we'd last met, so taking photos was far in the back of our minds as we made our way. We were all pretty excited. Xian is a famous place for a few reasons and we were all anticipating finally seeing the place.

I took this next shot when we reached the final toll booth that was our entry way to the city...

...and this video as we got more into town and closer to our hotel. 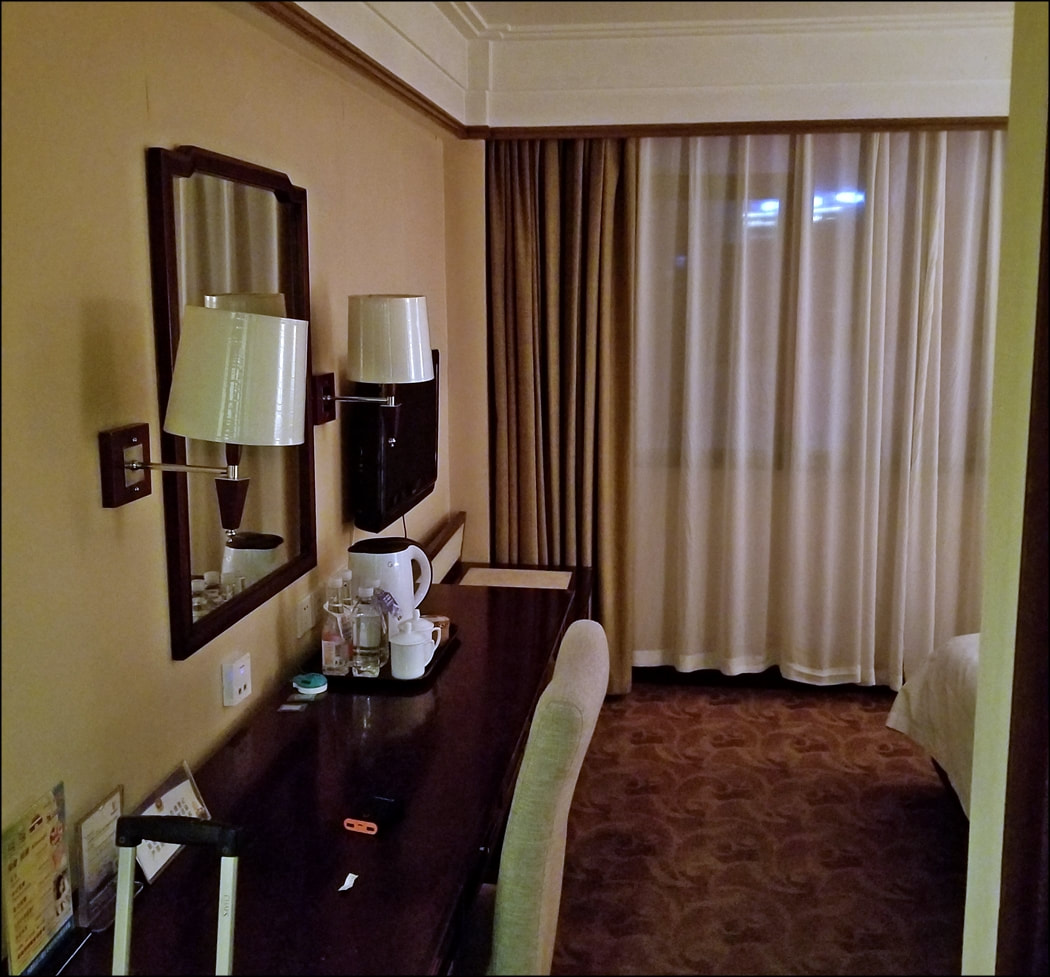 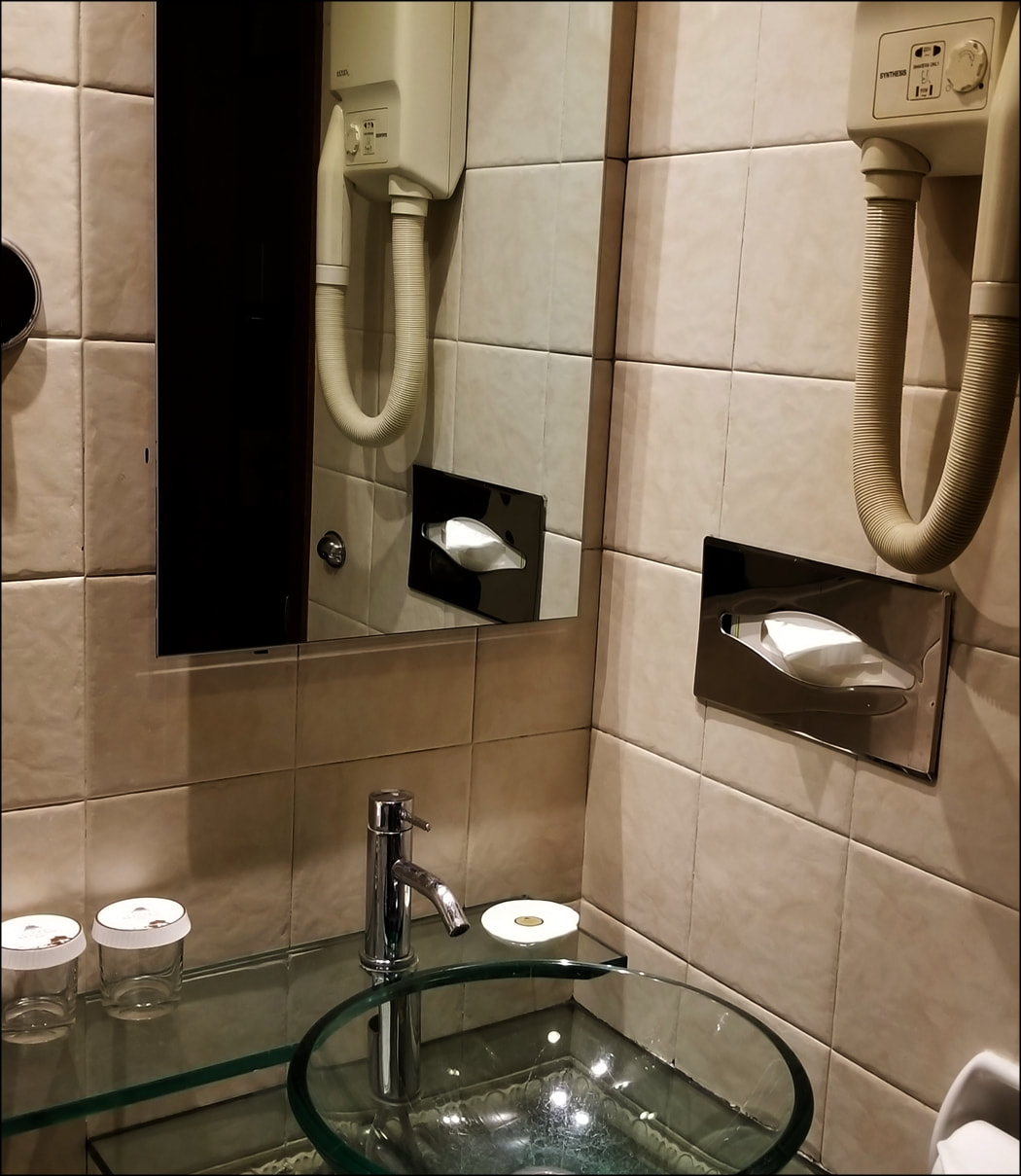 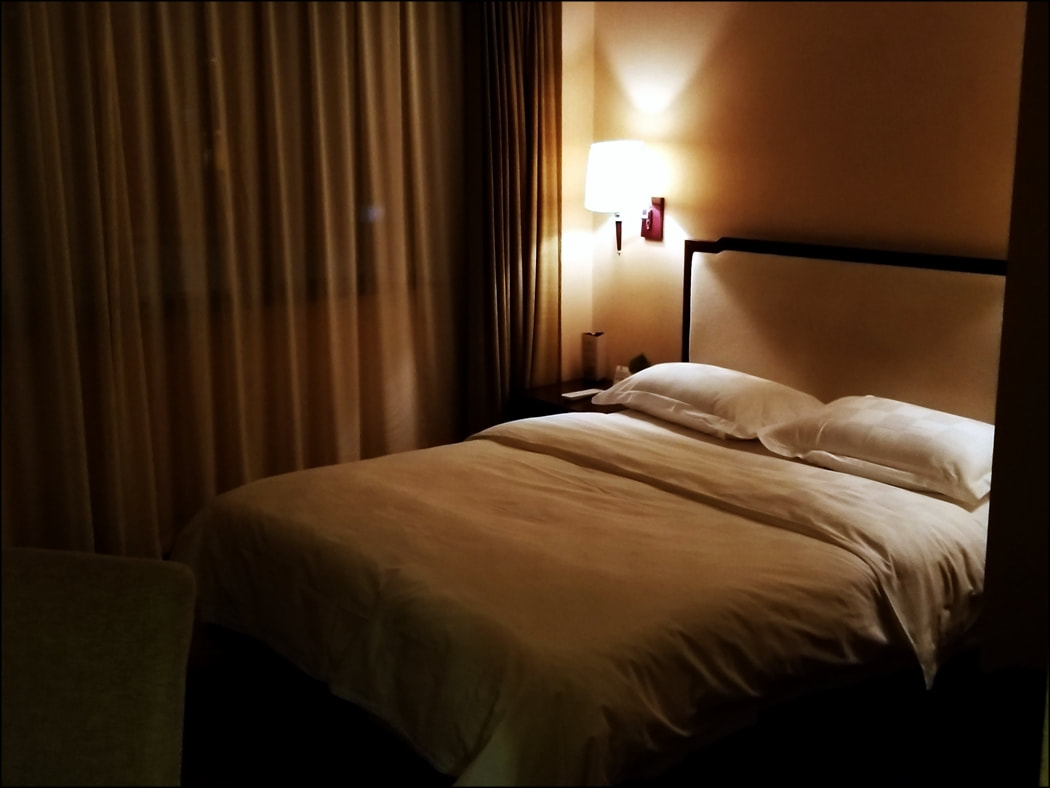 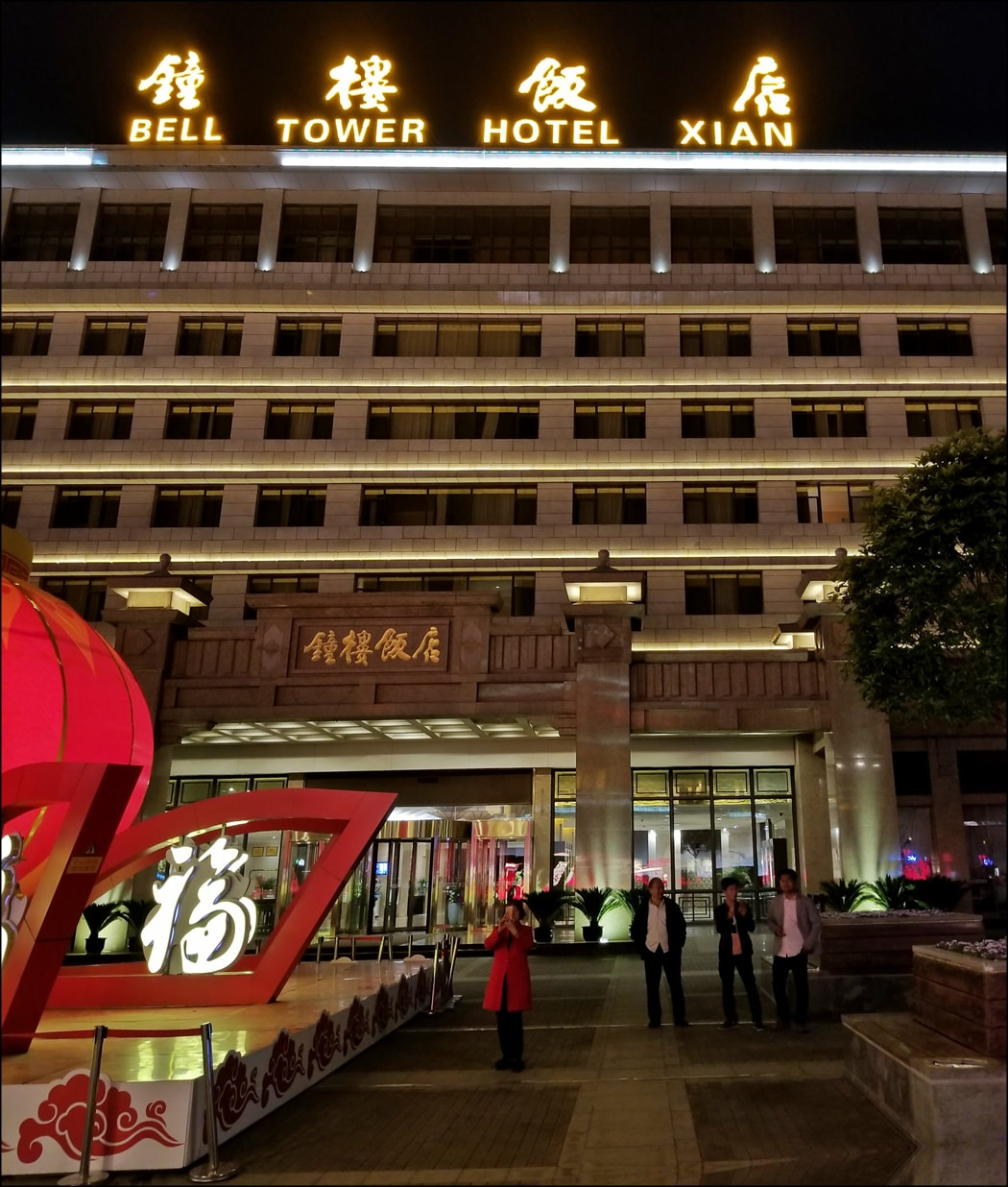 ...Sky's parents and me, with the Bell Tower to our backs 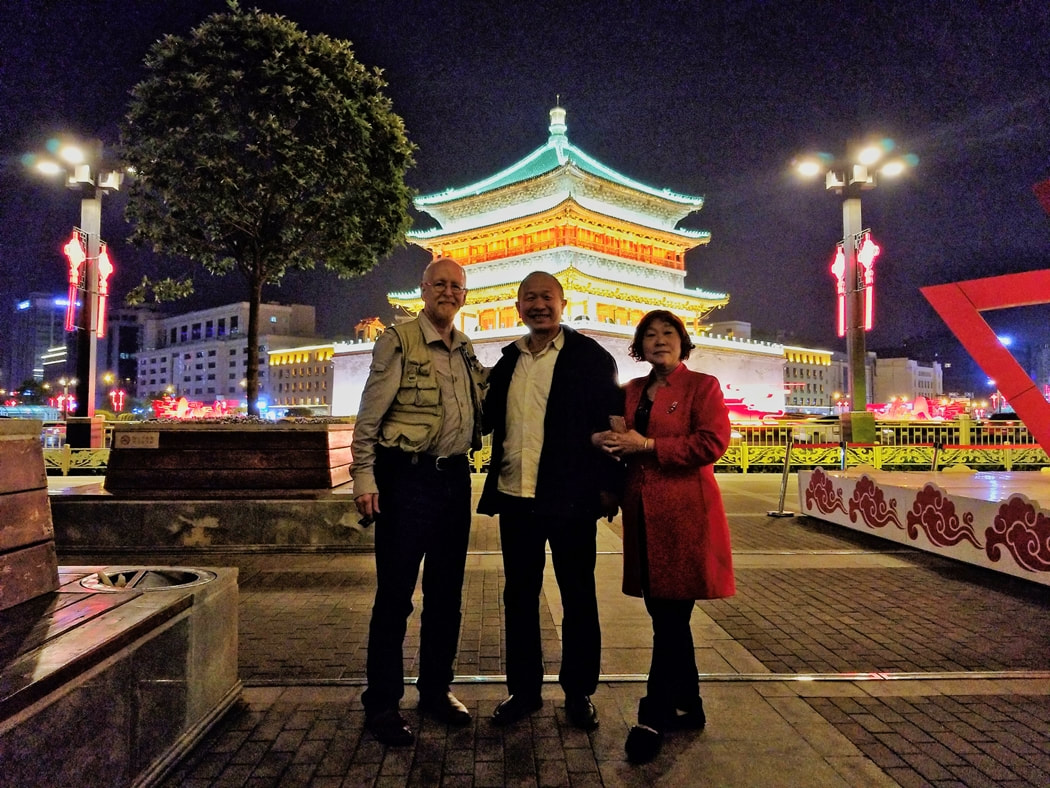 Tired, happy...and hungry. The cool eating establishments were maybe 10 minutes walk away, so even though it was now midnight, we all went looking for food...

On the way to foodville, we used this underground walkway to save some time...Sky's folks are catching up with us in a few minutes...

...and then hit this district, ending up in a terrific Halal restaurant that was still open in the area (many of the area places were closing as it was after midnight--but this establishment was still busting and busy). 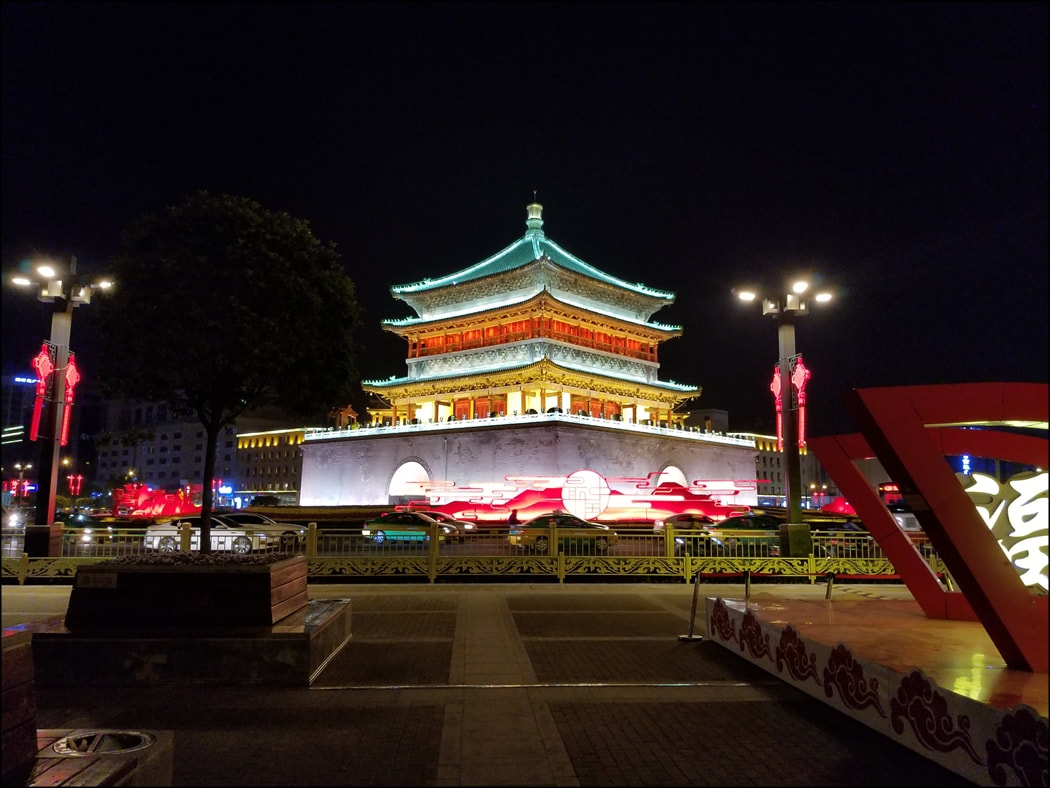 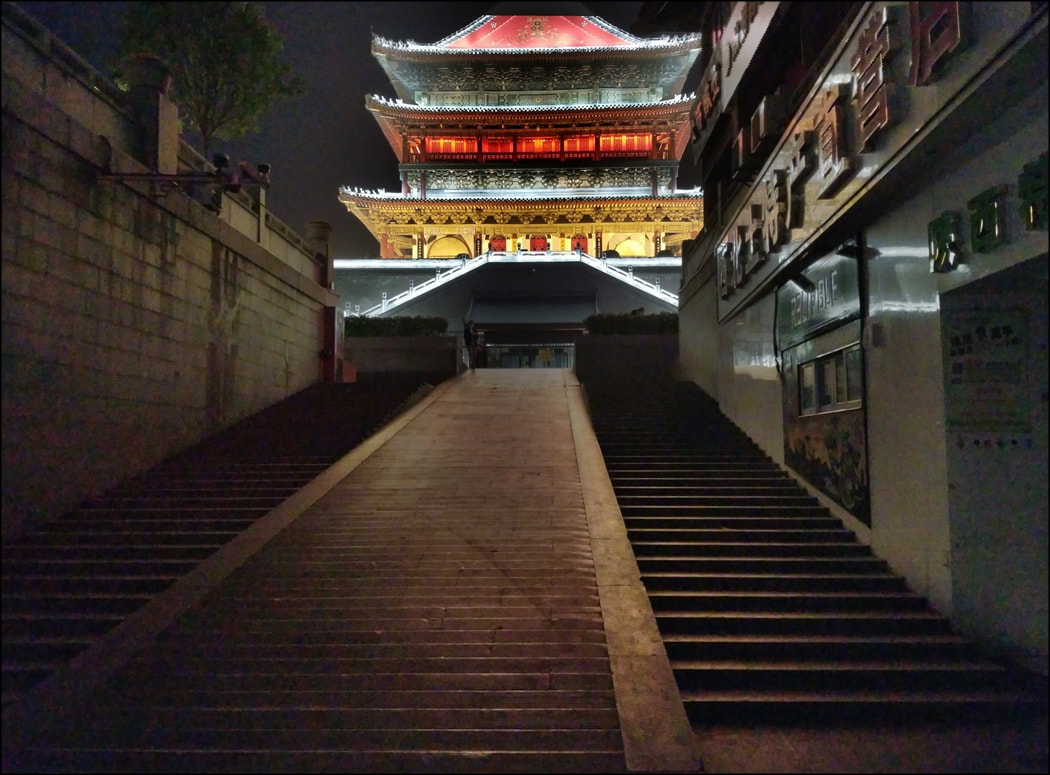 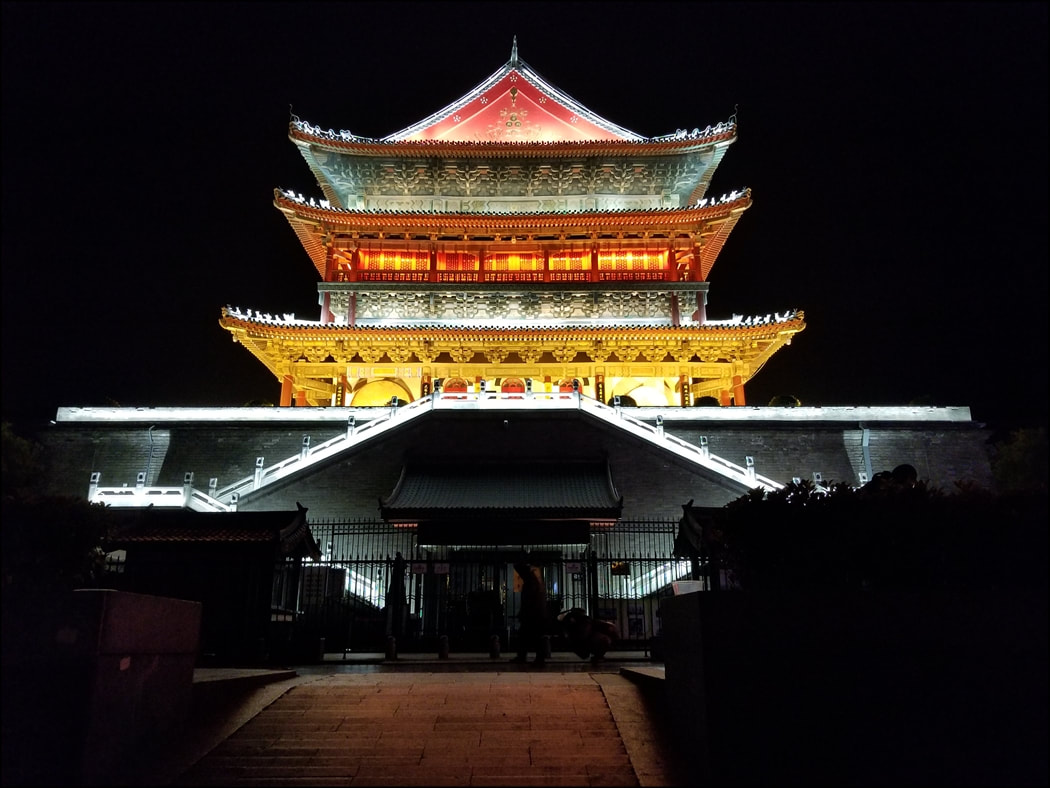 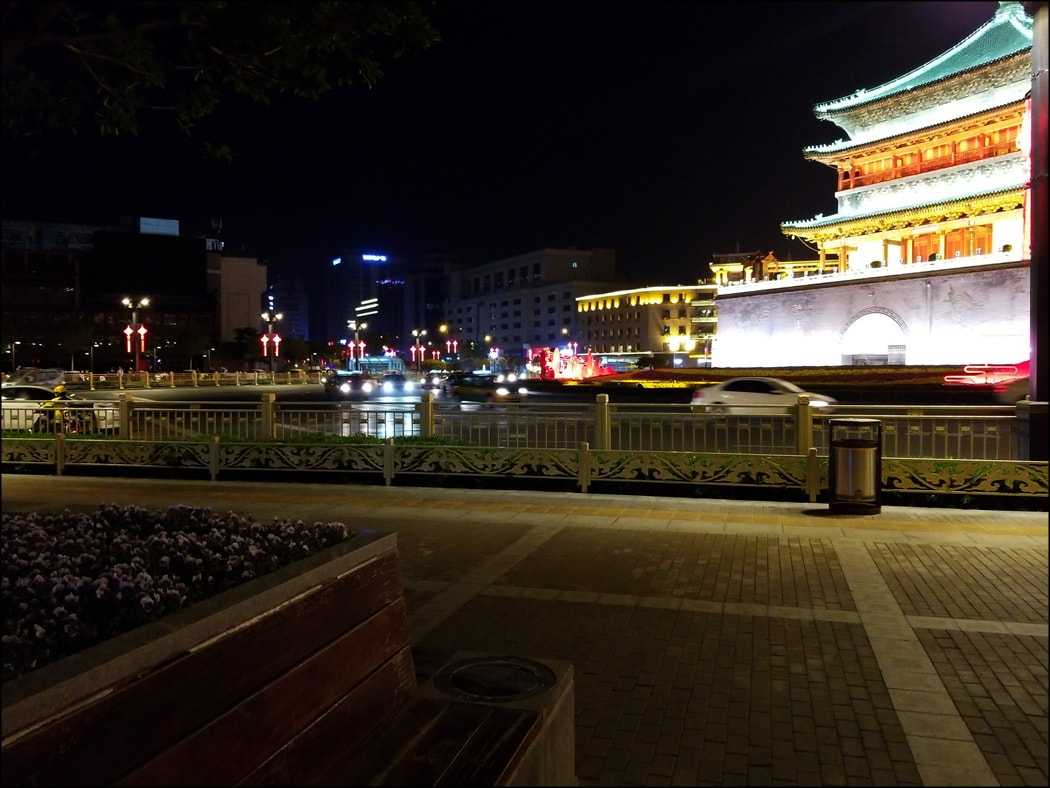 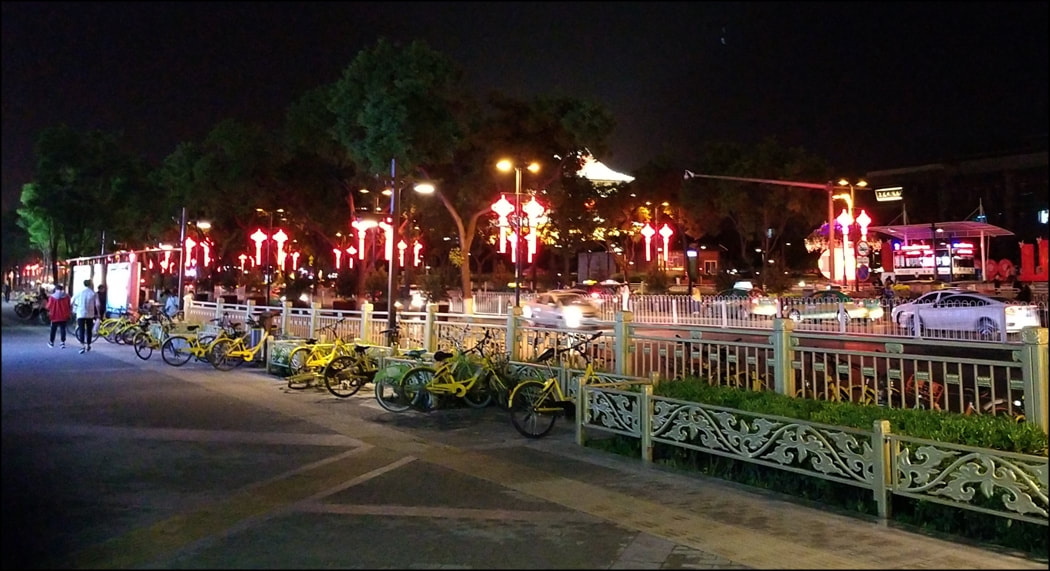 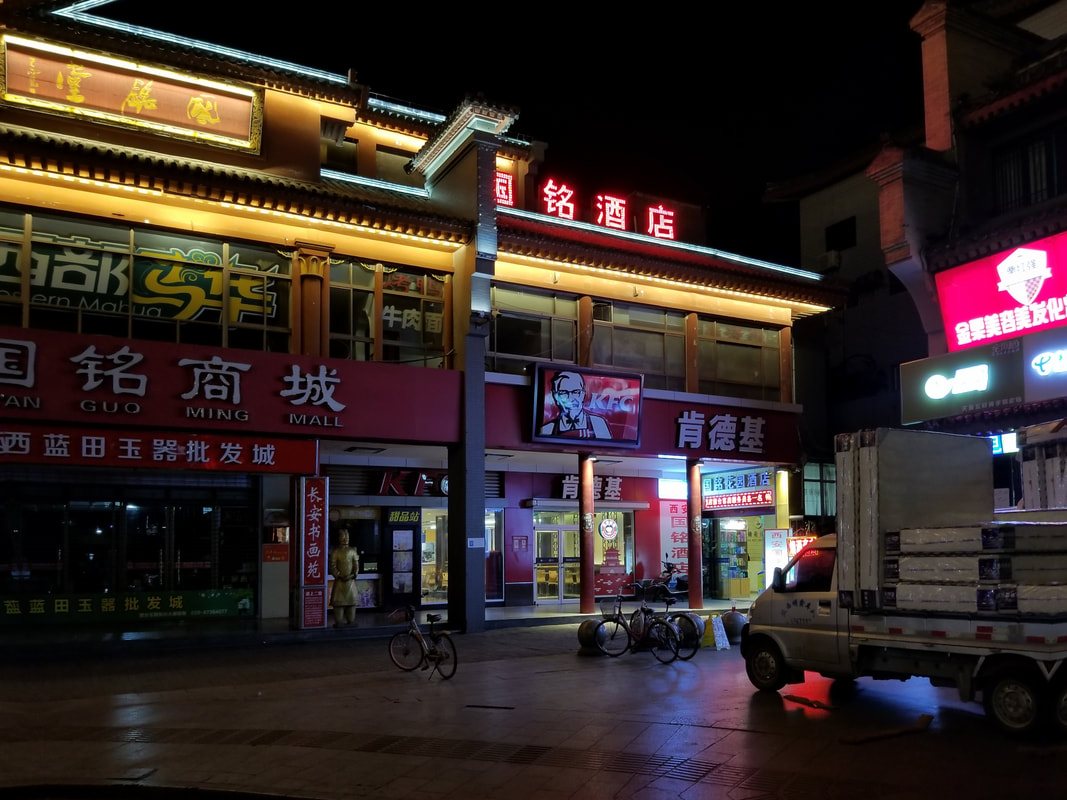 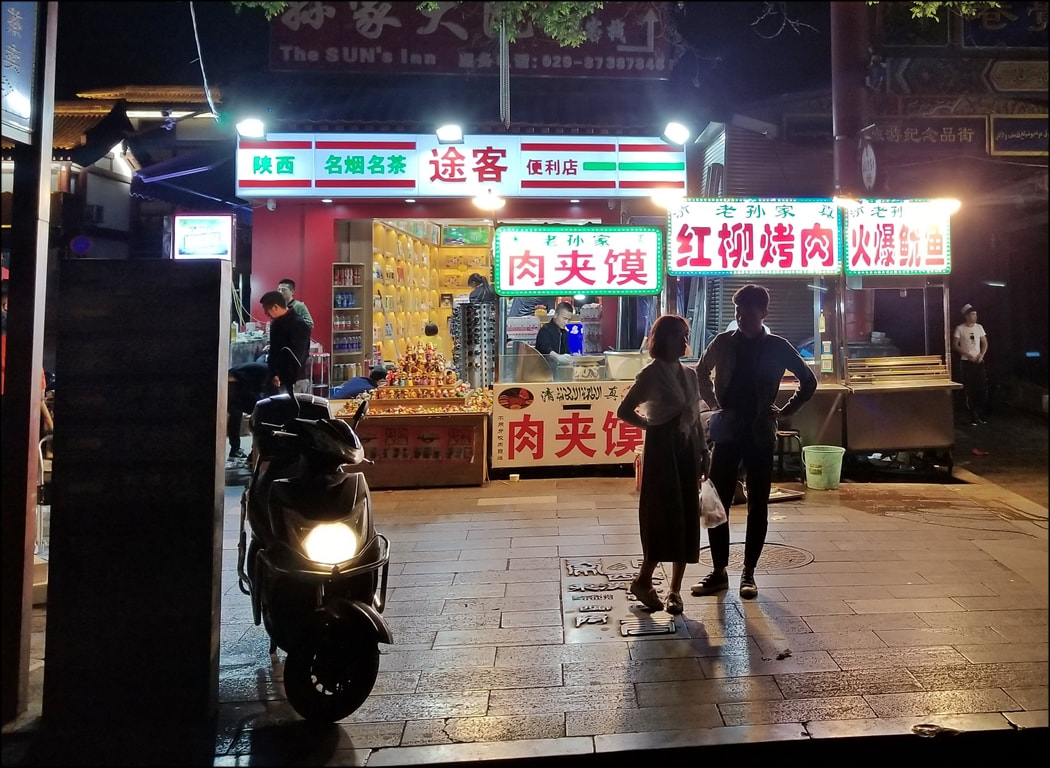 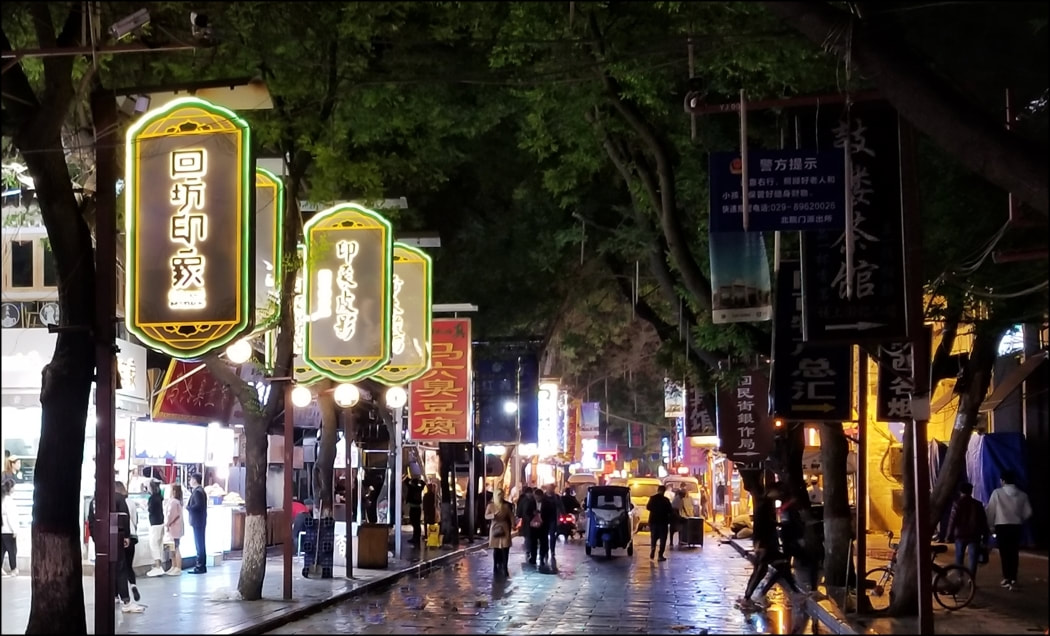 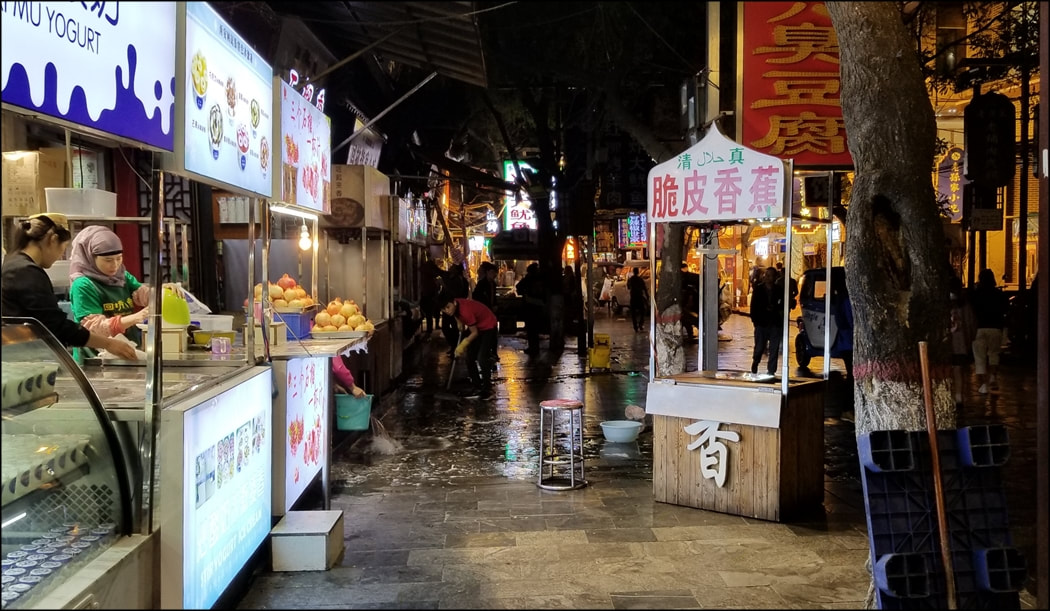 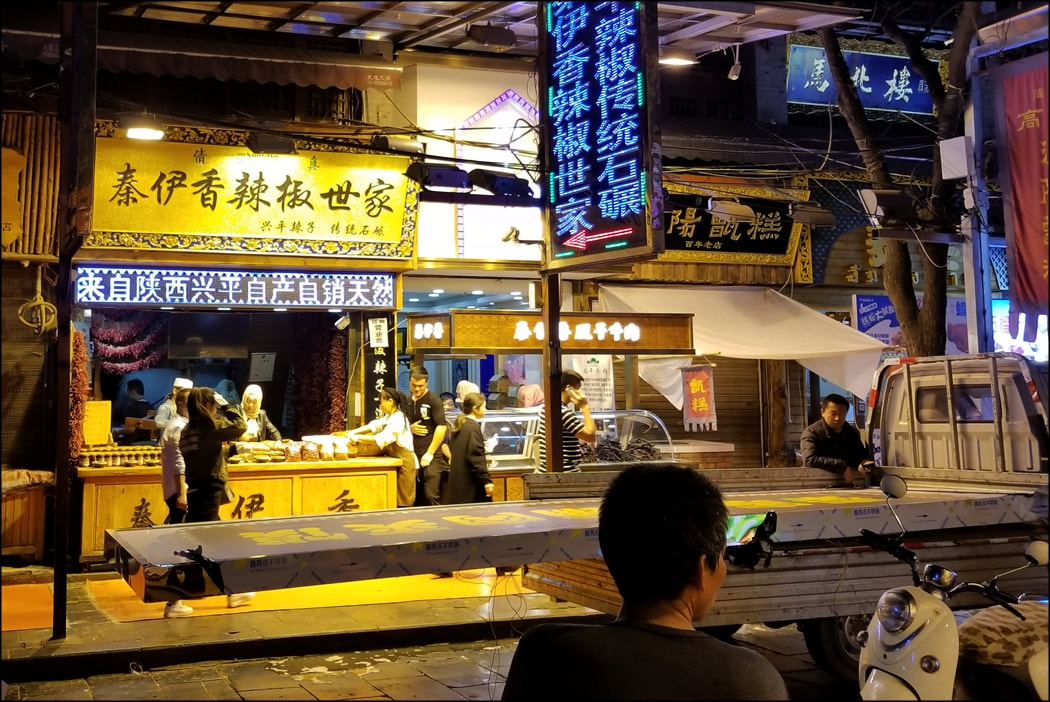 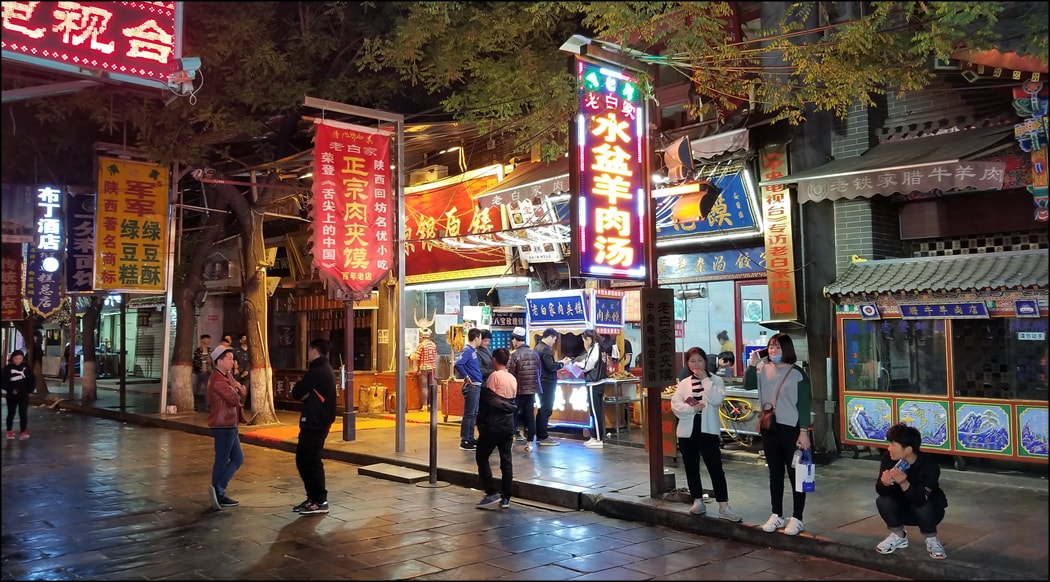 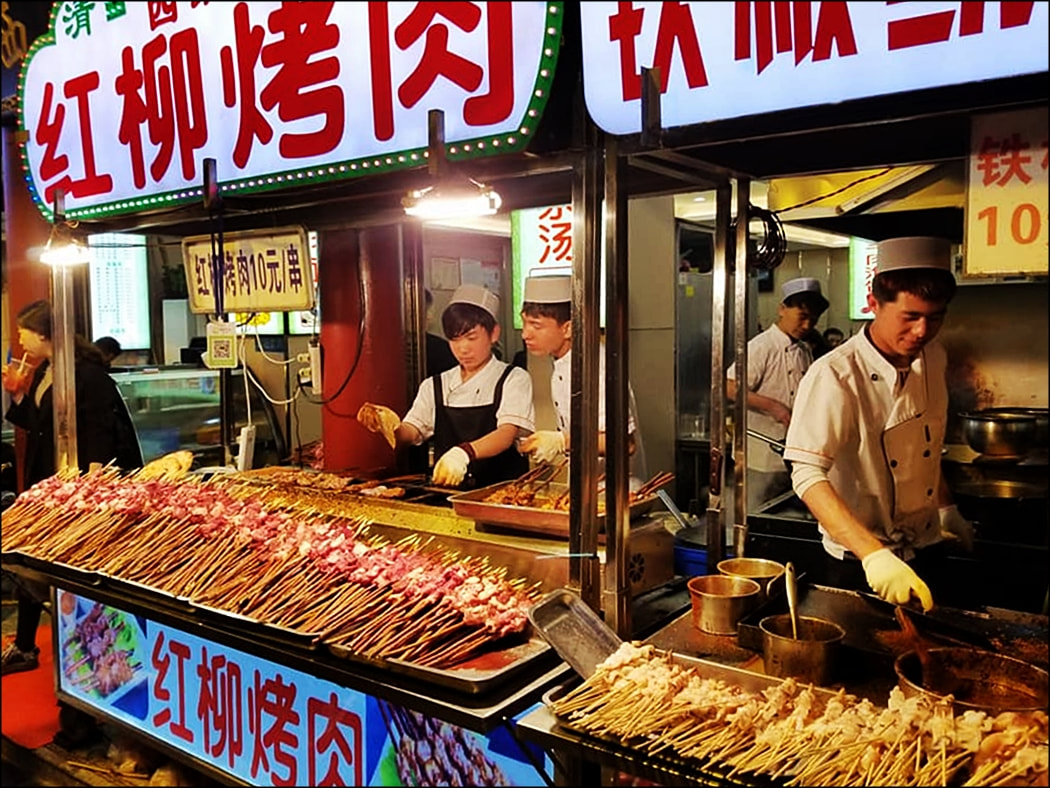 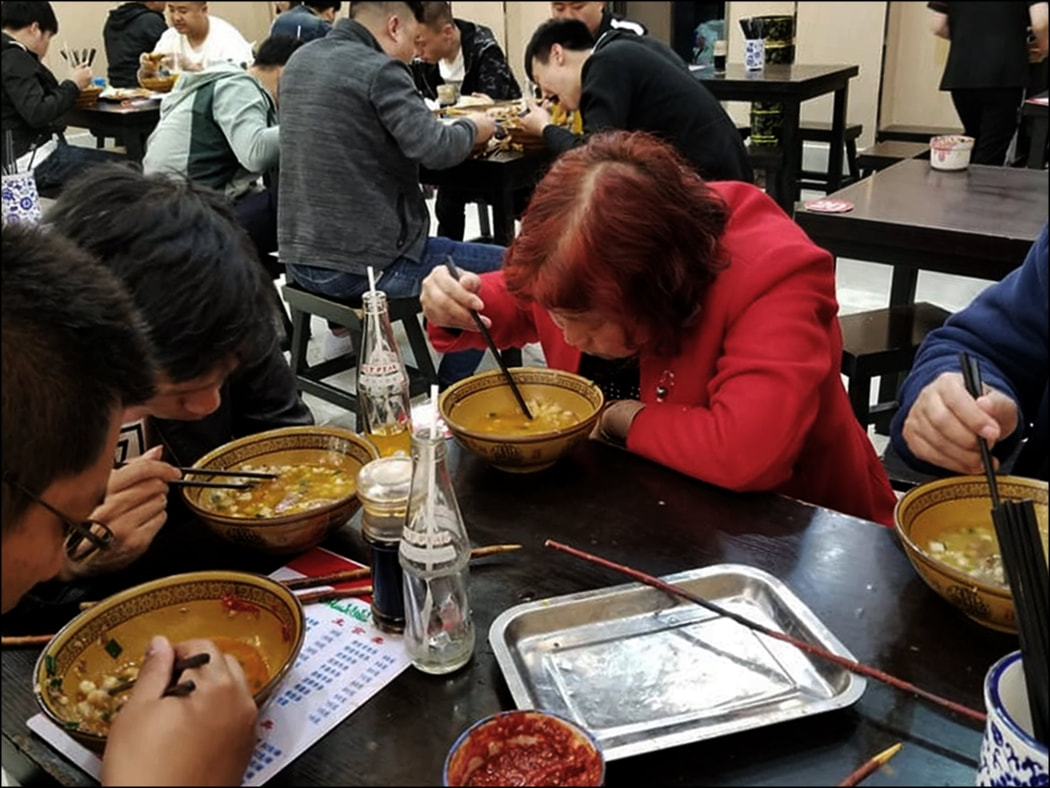 Next episode: The Walls of Xian, the Terracotta Warriors...and return to Xinmi for Er Guo Tou

Way cool. Can't wait to see the terracotta warriors photos.
My best friend from college shared his secret to his huge financial success, "I fell out of the right vagina."

They'll be coming up pretty quickly