Cesar Julio Romero, Jr., was contracted with Twentieth Century-Fox in 1937 and starred in nearly 50 films before World War II; however, after the US entered the war, Romero preferred to serve his country. On October 22, 1942, he enlisted in the US Coast Guard as an Apprentice Seaman. His enlistment made national headlines.
According to the US Coast Guard Official website: "In October, 1942, Romero voluntarily enlisted in the US Coast Guard and saw service in the Pacific Theatre. After 10 weeks at the Coast Guard’s West Coast boot camp, in Alameda, California, Caesar reported aboard the Coast Guard-manned assault transport U.S.S. Cavalier (APA-37) in November, 1943 and saw action at Tinian and Saipan.
"Romero preferred to be one of the crew and asked for no special privileges, which he did not receive. His shipmates admired him for this and for his exceptionally hard work. Romero was considered to be one of the best winch operators, swinging 18,000 lb. barges from their deck cradles over the side of the transport during invasions or while loading cargo. Among other duties he was first powderman on the forward five-inch gun. When an occasion permitted recreation, Romero helped put on a variety show for the crew. Later in the war he assisted in Bond rallies." - US Coast Guard press release
Cesar Romero was honorably discharged from the US Coast Guard with the rank of Chief Boatswain's Mate at the end of the war.
Romero was best known for his six “Cisco Kid” films of the 1930s and 1940s and his role as “the Joker” on the Batman television series in the 1960s. With a career that spanned almost six decades, Caesar Romero was a star of stage, screen, television and radio.
Chief Boatswain's Mate Cesar Romero passed away in California on January 1, 1994, at the age of 86. He lies in rest at Inglewood Park Cemetery in Inglewood California. Lest We Forget. 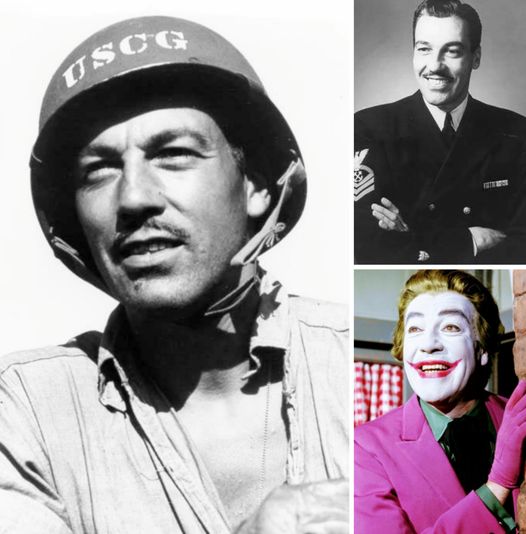 His Joker character was the best villain on the Batman tv series.

I catch his westerns occasionally on TCM or the Inspiration Channel(of all places).

The Cisco Kid was a friend of mine.

It takes 7 or more soldiers behind the lines to get that one up front and personal with the enemy. And everyone of those 7 are busting their asses to make sure they hold up their part of the deal.
Post Reply
2 posts • Page 1 of 1