Shortly before 1am on February 3, 1943, 79 years ago today, a torpedo slammed into the side of U.S. Army Transport (USAT) Dorchester (pictured below), and she started to sink.

The torpedo was fired by U-223, a German Type VIIC U-Boat on her first combat patrol under her commander, Kapitänleutnant Karl-Jürg Wächter.
USAT Dorchester was part of a convoy heading for Greenland, and was off Newfoundland when she was struck.

As the ship started going down, she lost power and the more than 900 soldiers and sailors on board were left to try to make it to the life boats in the dark.
Through the chaos, four men worked to calm down the panicking men and help them escape the doomed ship:

Reformed Chaplain Clark Poling, Methodist Chaplain George Fox, Jewish Chaplain Alexander Goode, and Catholic Chaplain John Washington (pictured below in that order) directed men to the lifeboats, helped them up out of the depths of the ship, and handed out lifejackets.

When the stores of lifejackets ran out, each of the four chaplains removed his own, and they handed them to other soldiers trying to escape the ship. All four chaplains chose to remain behind to help the stragglers.

As Dorchester slipped beneath the waves, the four chaplains were seen praying together for the safety of the survivors, and were heard singing hymns.
Then they were gone.

Only 230 survivors were pulled from the frigid waters, and the chaplains were not among them.

As the news of the sinking of USAT Dorchester began to spread, so also did the story of chaplains' sacrifice, which has been commemorated since in songs, memorials, stamps, programs, art, and documentaries.
Each year, the American Legion designates the first Sunday in February as "Four Chaplains Sunday" to keep alive the story of their heroism, selflessness, and interfaith cooperation.

Each chaplain was awarded posthumously the Distinguished Service Cross and the Purple Heart.

U-223 completed five combat patrols during the Second World War, and was on her sixth when she was sunk in the Mediterranean in 1944.
~*~ 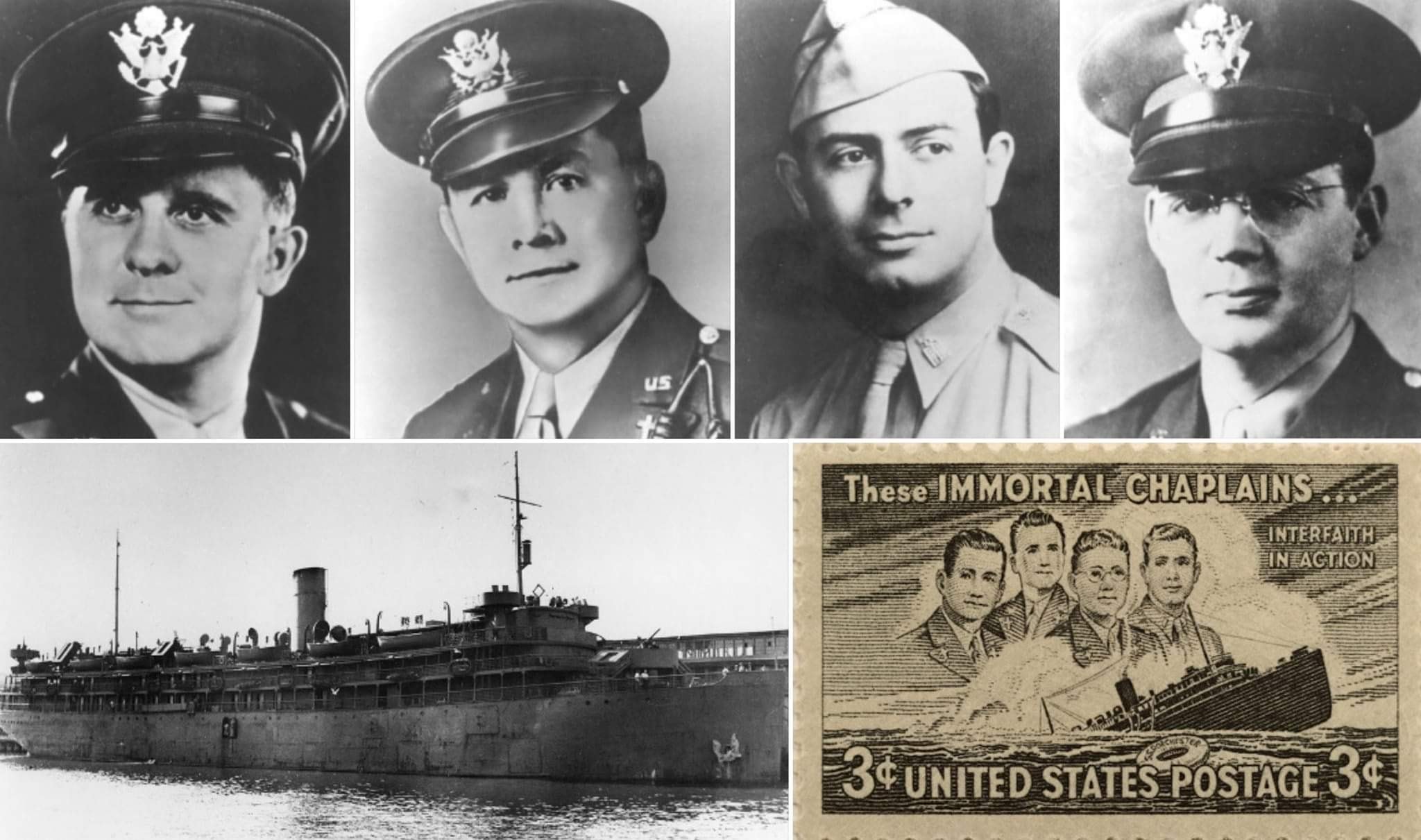 Re: The Four Chaplains

Oh, Jaysus. That was back when men of God were, well, actually men of God. A lot of our padres could learn a thing or three from this.

Re: The Four Chaplains

Never heard this story before.

As a devout agnostic, I'm struck by how the actions of these four theologically diverse chaplain's courage was only exceeded by their collective faith. While my faith currently lies with physics, the story is inspiring nonetheless.
^^^Copyright