The kid who loved New York

The kid who loved New York

Anthony D. Benedetto, of Astoria Queens, enlisted in the US Army on November 2, 1944 at the age of 18 years old. Benedetto completed his basic training at Fort Dix, New Jersey, and then Fort Robinson, Nebraska. In January 1945, Benedetto was assigned to the 255th Infantry Regiment of the 63rd Infantry Division, a unit filling in for the heavy losses suffered in the Battle of the Bulge. The 255th moved across France, and later, into Germany.

"In March 1945 Benedetto entered the front line. As the German Army was pushed back to its homeland, the 255th saw bitter fighting in cold winter conditions, often hunkering down in foxholes as German 88 mm guns fired on them. At the end of March, the unit crossed the Rhine and entered Germany, engaging in dangerous house-to-house, town-after-town fighting to clear out German soldiers. During the first week of April, they crossed the Kocher River, and by the end of the month reached the Danube." (US Department of Veterans Affairs and pbs.org)

"During his time in combat, Benedetto narrowly escaped death several times. At the war’s conclusion Benedetto was involved in the liberation of Kaufering concentration camp in southern Germany, where some American Prisoners of War from the 63rd Division had been held."

"Under the stage name of Joe Bari, he began singing with the official 314th Army Special Services Band. After returning to the United States in 1946, Bennett studied at the American Theatre Wing and formally trained as a singer. In 1949, the singer Pearl Bailey invited him to open for her show at a club in Greenwich Village. At the show, Bennett met the actor and singer Bob Hope who gave him the stage name, Tony Bennett and encouraged him to tour. Tony signed with Columbia Records in 1950 and had his first number-one song with “Because of You” in 1951. (Source: US Department of Veterans Affairs and pbs.org)

Original description and photo sourced by pbs.org, US Department of Veterans Affairs and ancestry.com. 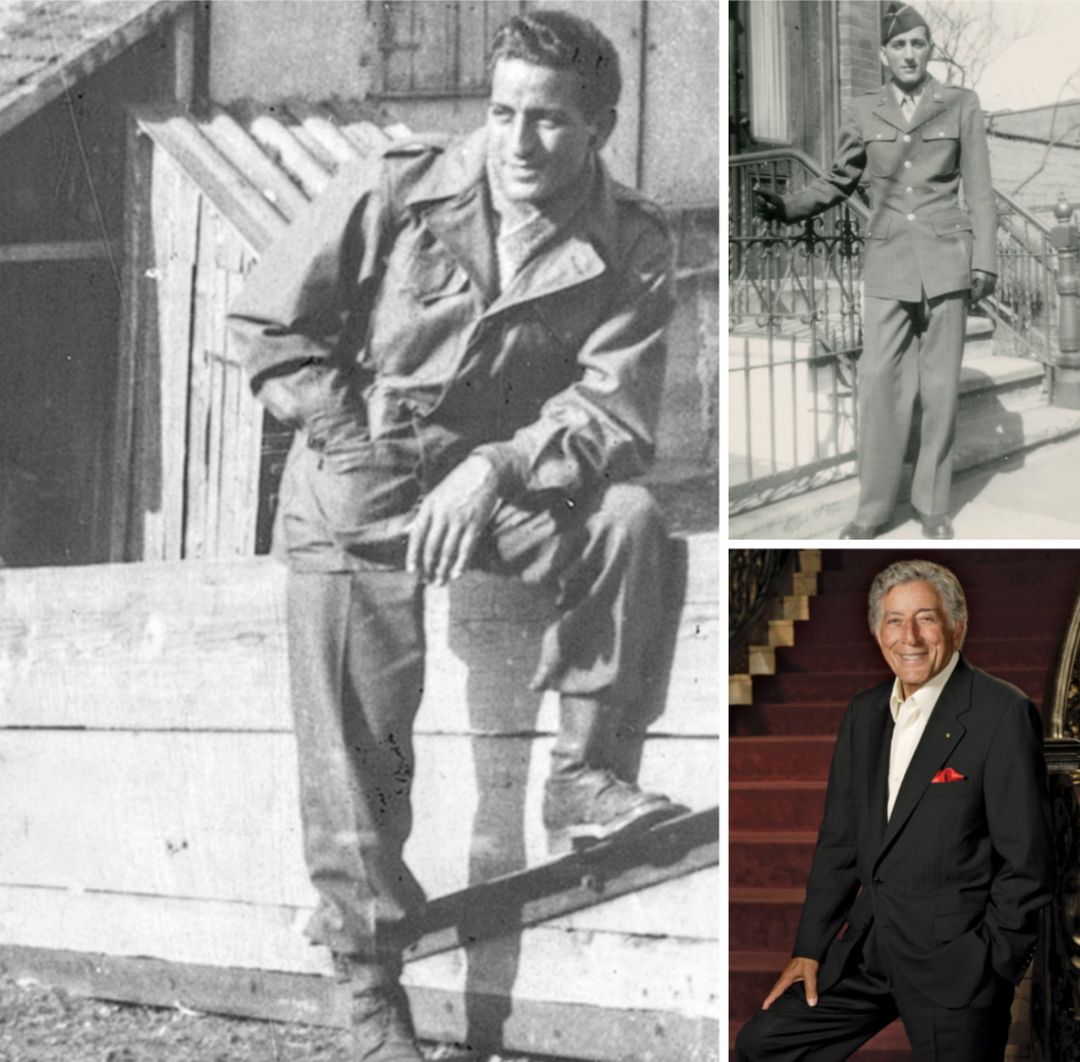 Re: The kid who loved New York

Another fine American! Not a bad singer, either. My wife loves his Christmas album; I play it every year.
Post Reply
2 posts • Page 1 of 1