Lee Marvin starred in the two Twilight Zone Episode The Grave (Season 3 Episode 7) & Steel (Season 5 Episode 2) Funny how some people achieve stardom & celebrity, in the end take pride in being a Marine. Lee chose to be memorialized as a PFC. Marvin served in the United States Marine Corps 4th Marine Division. 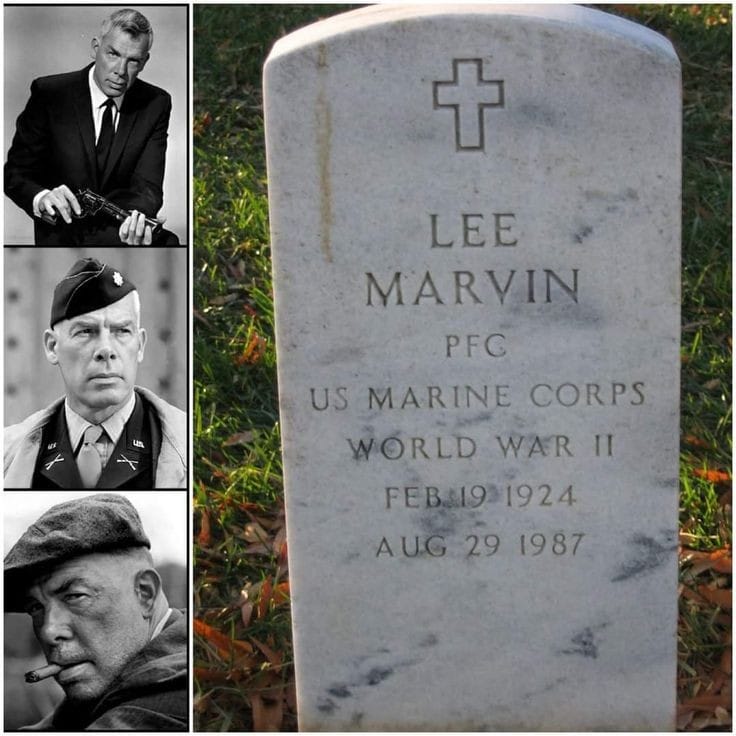