In the 1920s, a group of factory workers known as the "Radium Girls" fought for compensation after their work with radioactive paint made them sick -- and, in honor of Labor Day, we're sharing the story of their hard-fought legal victory which forever changed the face of labor rights in the United States. The Radium Girls had spent years painting watches and military dials with glowing radium paint, but even once the dire consequences of radium poisoning were clear, manufacturers like the U.S. Radium Corporation refused to provide help or compensation to their former employees. "They were going to die, there was no hope for them," says Kate Moore, author of "The Radium Girls." "[The women] are trying to speak out, and of course the radium firms not wanting that lucrative industry to be affected in the slightest, they're silencing the women with everything they've got."


When radium was first discovered in 1898, its use as a cancer treatment kicked off a craze for using the element in health and beauty products. "People were fascinated with its power," Moore says. "It does give this illusion of good health, because it stimulates the red blood cells… [but] in the long term you're poisoning yourself." At first, the Radium Girls were considered lucky: not only were they paid three times what a regular factory worker received, but they spent their days surrounded by this miracle substance. Their technique to put a point on their brushes by sticking it between their lips, though, exposed them to a huge amount of radiation. "t was the easiest way to get a fine point on the brush, to paint on numbers as small as a single millimeter in width," Moore says. "The first thing they asked was [whether] the paint was harmful, but the managers said it was safe, which was the obvious answer for a manager of a company whose very existence depended on radium paint." Radium dust was so thick in the factory, Moore notes, that "they were nicknamed 'the ghost girls' because... they would glow ethereally, they would literally be covered in it."


In the early 1920s, some of the Radium Girls started having symptoms like fatigue and toothaches. The first death came in 1922: 22-year-old Mollie Maggia's whole lower jaw had been eroded by the radiation, but her death certificate mistakenly listed the cause of death as syphilis. "[T]hat was seized upon by these companies," Moore says. Existing laws also made it difficult for the women to force the company to act: radium poisoning was not on the list of diseases companies were liable for, and the two-year statute of limitations prevented workers from suing for a condition that often didn't present immediately. "It's mind-boggling," Moore says. "We knew from the turn of the century that radium was dangerous and large amounts of it could destroy human tissue…. The radium was destroying the bone and literally drilling holes in the women's jaws while they were still alive."


In 1925, Grace Fryer, a worker from the original New Jersey plant, decided to take U.S. Radium Corp. to court; it took her two years to find a lawyer who would take her case. In 1927, she and four workers filed, making headlines around the world. They were backed by the New Jersey Consumers League, who helped keep up the media pressure. The case was settled in 1928, by which point companies had already stopped recommending the lip pointing technique and started providing protective gear. Survivors were given compensation and doctors were directed to start listing the correct cause of death on death certificates. Even still, companies appealed for years; the Supreme Court rejected the final appeal in 1939. The case became a key milestone in the history of workers' rights. "It was one of the very first cases in which an employer was held accountable for the health of its employees, and so it lays the groundwork for organizations like OSHA (the Occupational Safety and Health Administration) that will eventually protect many millions of other workers," Moore says, "and I think that's quite a legacy to leave."

For adult readers who would like to learn more about these heroic women, we highly recommend "The Radium Girls: The Dark Story of America's Shining Women" at https://www.amightygirl.com/the-radium-girls

There is also a new Young Readers adaptation of "The Radium Girls" for ages 10 and up at https://www.amightygirl.com/the-radium-girls-young...

For a young adult mystery about a modern teen girl who uncovers the story of the Radium Girls, we recommend "Glow" for ages 14 and up at https://www.amightygirl.com/glow

For books for children and teens about the contributions of women to the fight for workers' rights, check out our blog post "Fighting For Justice: 20 Books About Women and the Labor Movement" at https://www.amightygirl.com/blog?p=9881

And for fans of the bestselling "Radium Girls," we highly recommend author Kate Moore's new book about a forgotten hero who helped countless women whose voice had been silenced: "The Woman They Could Not Silence" at https://www.amightygirl.com/woman-they- ... ot-silence 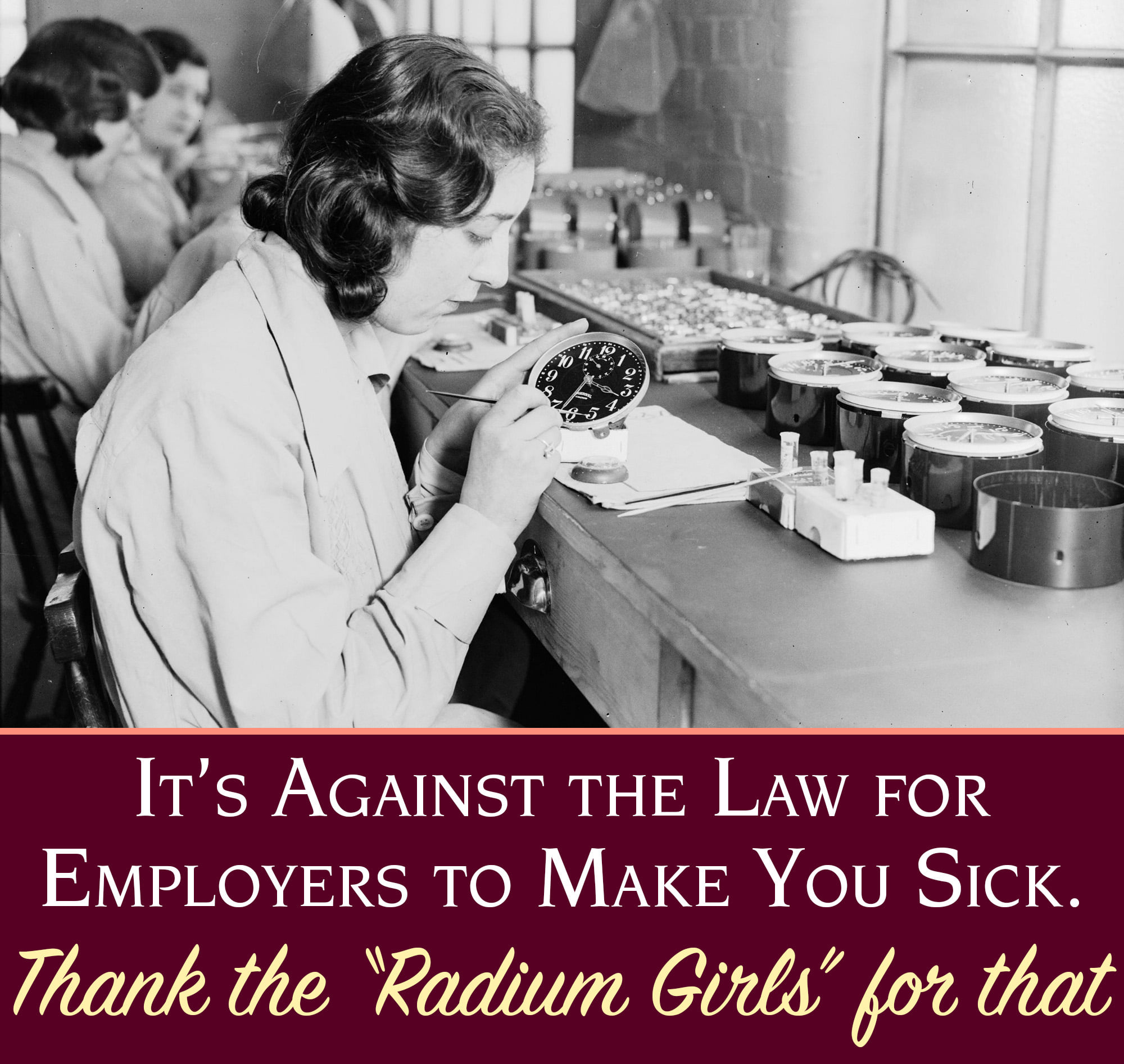