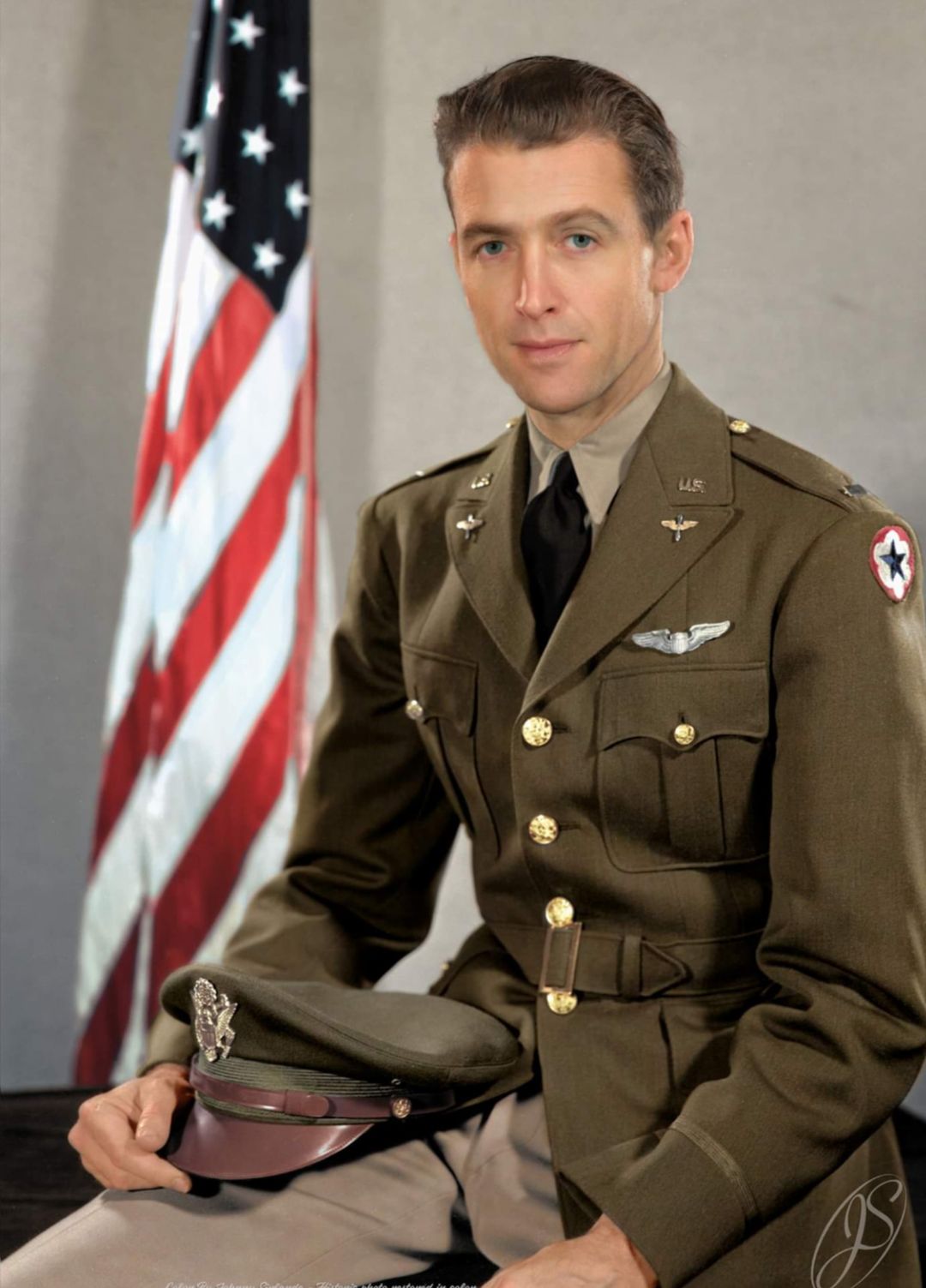 "James Maitland Stewart, of Indiana Pennsylvania, had over 400 flight hours as a civilian pilot when he enlisted in the Army Air Corps in 1941, and became an instructor for both the B-17 and B-24. He was 33 years old."

According to the National Aviation Hall of Fame: "In November 1943, Stewart was sent to England as Operations Officer for the 703rd Squadron, 445th Bombardment Group of the Eighth Air Force, transferring to the 453rd Bombardment Group in March 1944. Then Major Stewart flew 20 dangerous combat missions as a B-24 command pilot, wing commander or squadron commander, earning the Distinguished Flying Cross with two Oak Leaf Clusters, The Air Medal with three Oak Leaf Clusters, and the French Croix de Guerre with Palm." (Source: National Aviation Hall of Fame)

Colonel Stewart remained in the US Air Force Reserve and was promoted to Brigadier General in 1959. After 27 years of service, James retired in 1968 and was awarded the United States Air Force Distinguished Service Medal. Stewart rose from Private to Colonel in just four years.

After the war James returned to his acting career. James passed away on July 2, 1997 at the age of 89 in Beverly Hills California. Over 3,000 were in attendance during his memorial service with full military honors. He lies in rest at the Forest Lawn Memorial Park in Glendale California.

As a lifelong advocate for aviators James Stewart has rightfully earned his place in the National Aviation Hall of Fame. Lest We Forget.

To view more of his impressive work visit: https://www.facebook.com/hprcolor 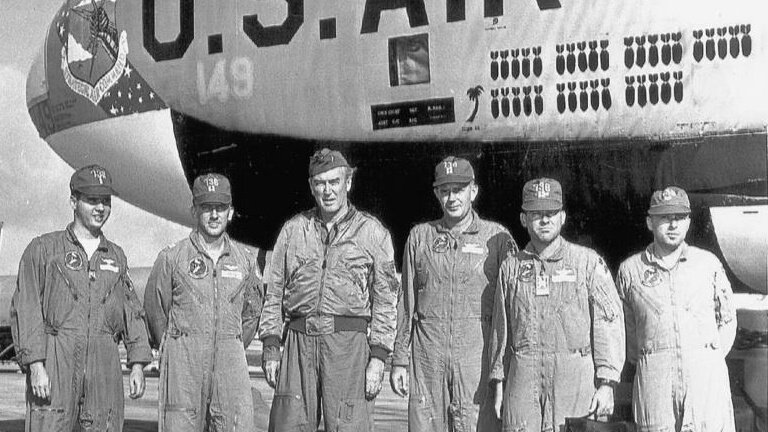 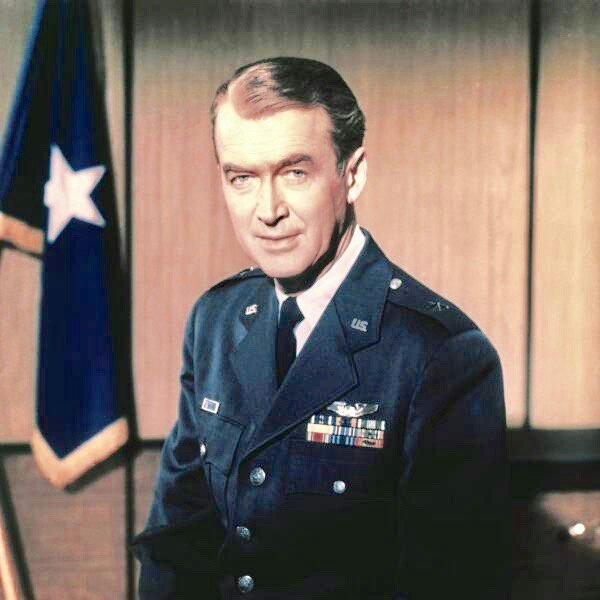 The guy was bombing the fucking Viet Cong!! How cool is that?!
Post Reply
2 posts • Page 1 of 1