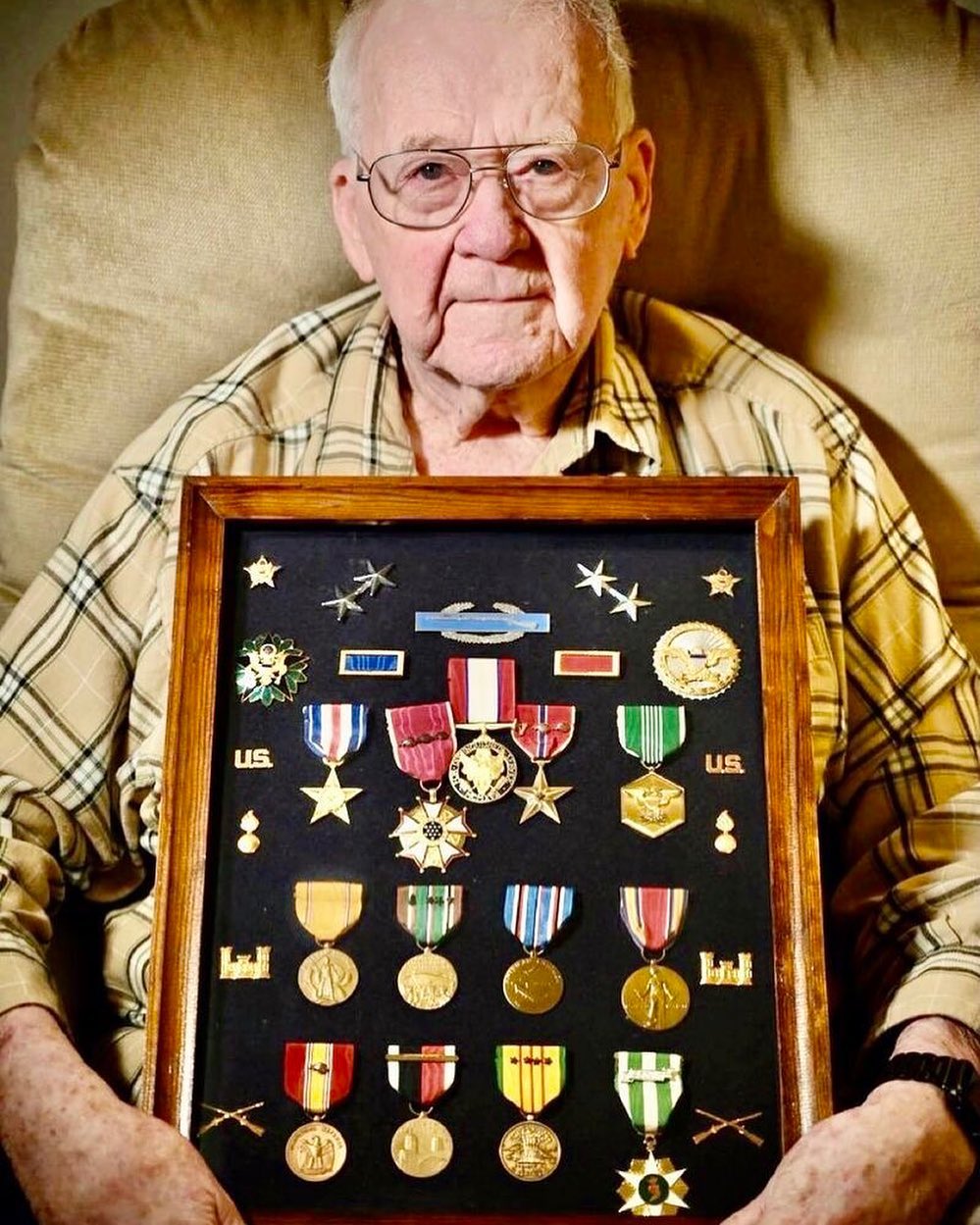 Upon graduation from the United States Military Academy at West Point in 1943, he received a commission as a Second Lieutenant in the US Army. In October of the same year, Raaen was assigned to the newly activated 5th Rangers and underwent extensive training in Florida, England, and Scotland.

In the early hours of D-Day, John Raaen was among the first soldiers to land on Omaha Beach, serving as Headquarters Company Commander of the 5th Ranger Battalion.

During his first time in combat, Raaen, an Army Captain at the time, distinguished himself on the beaches of Normandy. For his valorous actions in the face of fierce enemy opposition, he was awarded the Silver Star and the Combat Infantryman Badge.

Today, he is the last kown surviving Army officer to have landed in the first wave on D-Day.
“The battle, sir, is not to the strong alone; it is to the vigilant, the active, the brave.” - Patrick Henry “

I'll bet he was a bad-ass motherfucker when he was young--being one of the first to hit the beach of a continent swarming with Nazis is no small feat.