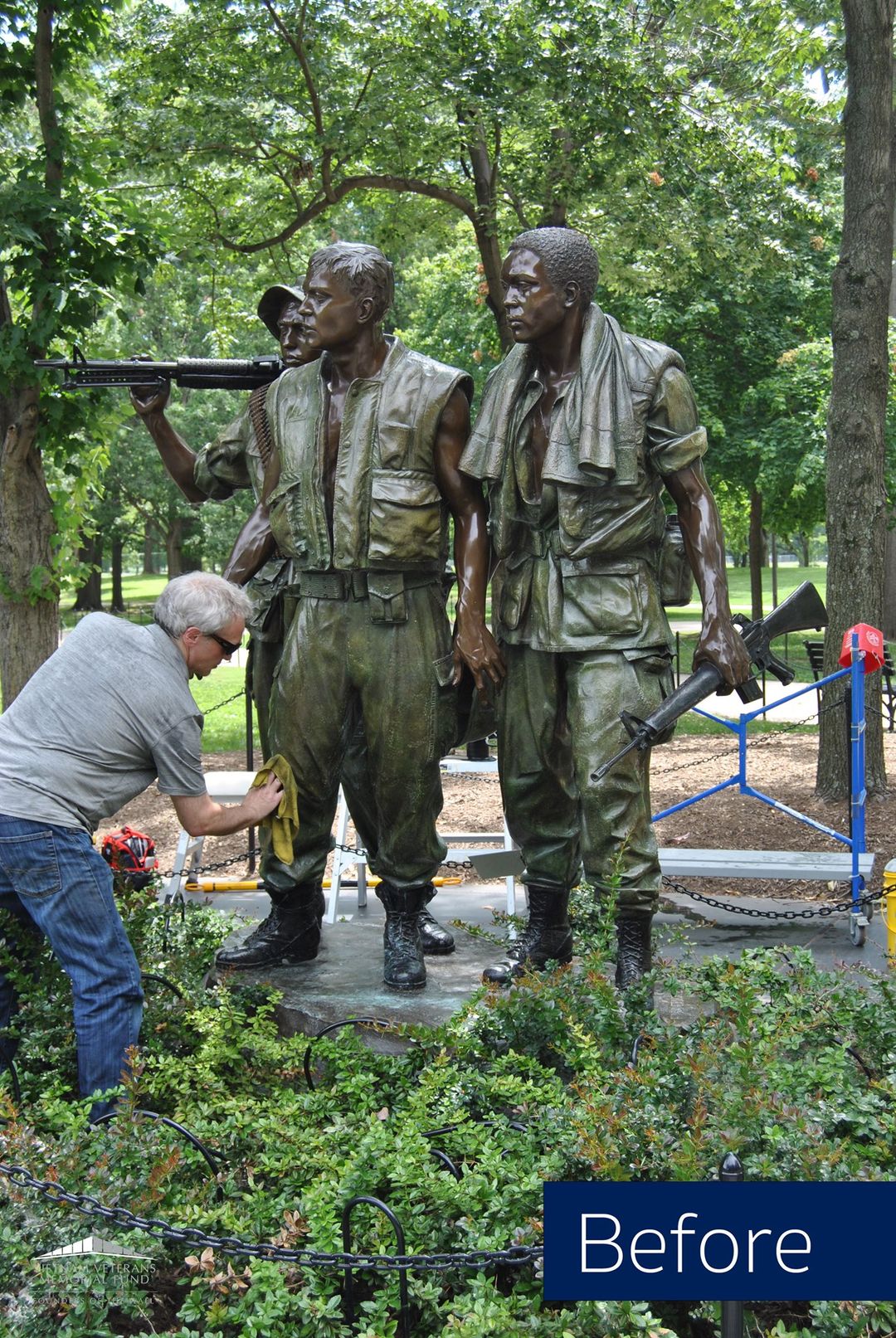 This is the Three Servicemen Statue located in Washington, D.C. overlooking the The Wall. It was sculpted by Frederick Hart in 1982 and dedicated as part of the Vietnam Veterans Memorial in 1984. Russell Bernabo, an object conservator, cleans and restores the statue 4 times a year thanks to the generous support of donors to the nonprofit organization that manages the long term care and preservation of the memorial site - the Vietnam Veterans Memorial Fund.

Every American town should have a statue like this.

What? Hasnt it offended some group yet and been scheduled to be removed? Idiots.

The latest with Lee, Meriweather Lewis, Clark and Sacajawea really pisses me off. Wait, they all do.
NRPI here.

The latest with Lee, Meriweather Lewis, Clark and Sacajawea really pisses me off. Wait, they all do.

Trying to avoid moving this into the political forum so I will say this about the above comment, the Shoshone people wanted the statue removed and had petitioned for years to do so. The statute showed Sacajawea in a subservient role and hiding behind one of the men as if cowering in fear. She was a Shoshone and the women were as fierce fighters as the men. It is being relocated to the Lewis and Clark Exploratory Center.

As to the comment about moving the statue in the photo above which is at the Vietnam memorial, that statue was in fact controversial at the time and still is. Negative reactions to Maya Lin's design for the Memorial wall were so strong that several Congressmen complained, and Secretary of the Interior James G. Watt refused to issue a building permit. As the most highly ranked sculptor in the competition, Frederick Hart was commissioned to create a sculpture in order to appease those who wanted a more traditional approach. https://en.wikipedia.org/wiki/The_Three_Soldiers

Alexandria Searls, director of the center, said the center had worked with Shoshone people who were interested in creating recontextualized art to accompany the statues.

“We need to ensure that the recontextualization is driven by and fully includes indigenous residents in the indigenous community,” Councilor Michael Payne said. “That's really the only question mark to me.”

Rose Ann Abrahamson, a descendant of Sacagawea and a Shoshone-Bannock woman, weighed in on the decision during the meeting.

“I feel that it should just be melted down,” Abrahamson said. “That's my opinion. I feel that it's entirely offensive and it should be obliterated. But if it can be utilized to give a message to give a greater message to educate the public, that would be an opportunity. So I'm very pleased with what is taking place, and it's been a long road.”


Perhaps statues of normal Virginians such as those below might suffice. A harsh reality is that Lee and others fought against their own country. Perhaps if the statues had been of them while they still served the Union they would still be up. https://www.battlefields.org/learn/biog ... OUQAvD_BwE

We do not have statues honoring of Benedict Arnold, Aaron Burr, John Brown(abolitionist).


Virginia Randolph - (1870-1958) Richmond; African-American educator. She was named the United States' first "Jeanes Supervising Industrial Teacher” and was posthumously honored by the Library of Virginia as one of their "Virginia Women in History" for her career and contributions to education.