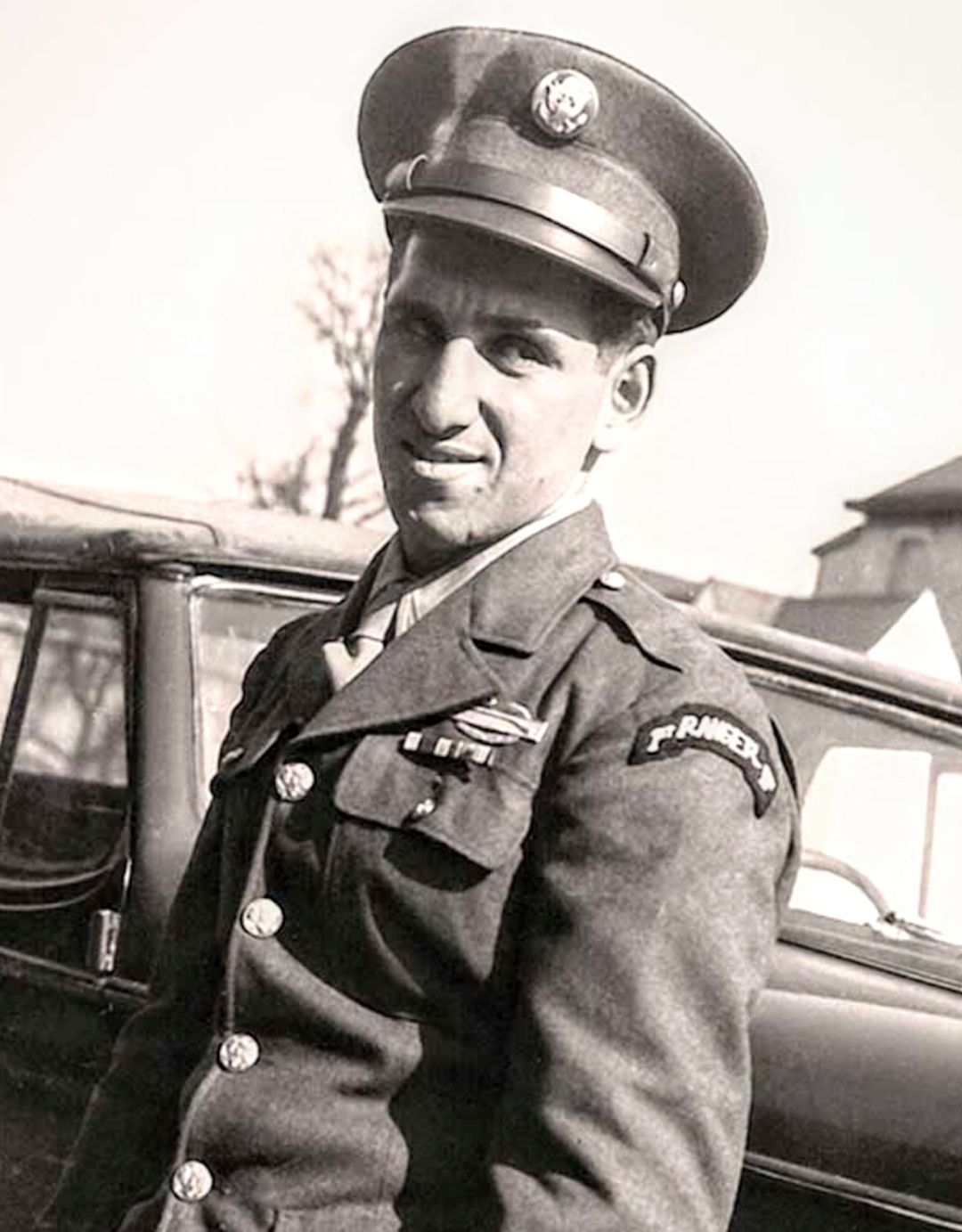 Darby's Rangers: Tommy Mascari
Tommy Mascari, of Indianapolis Indiana, grew up in a large Italian family of nine brothers and one sister. On June 30, 1942 Tommy registered with the US Army. The 19-year-old was assigned to the 98th Infantry Division, based at Camp Breckinridge, Kentucky.

After basic training, the Ninety-Eighth left Camp Breckinridge on August 31, 1943, for Murfreesboro, Tennessee, for maneuvers with the Twelfth Armored Division and the 30th and 94th Infantry Divisions.

According to a 2018 interview with the Indiana Historical Society, "It was at Murfreesboro that Mascari’s life changed forever. “I was a private, your basic soldier,” he recalled. “I did what I was told when I was told to do it.” But Mascari had an adventurous spirit that somehow shone through. “An officer came to my unit and said they were looking for eighty-six nonmarried volunteers for very dangerous duty,” said Mascari “I wanted to get to the action, and I thought, ‘Why not?’ After twenty stepped out, I made my move. I got a fourteen-day pass.”Mascari was separated from his buddies and introduced to a new group. They were harder, meaner, and tougher. The training became more intense. More climbing and additional live-fire exercises. For months they trained relentlessly in the hills of Tennessee. Mascari was not told where he was going, or what his mission would be when he got there. During the intense training he became hardened and more confident, and his marksmanship and hand-to-hand skills sharpened." Tommy would become a member of Darby's Rangers.

"On January 21, 1944, Mascari and his fellow Rangers were loaded, along with 40,000 American and British troops and 5,000 vehicles, on 238 landing craft that were part of a convoy of five cruisers, twenty-four destroyers, and 300 support ships. Once at sea, the troops were told they would be making an amphibious landing at Anzio. “I’ll never forget,” Mascari recalled. “Our Captain’s final words were ‘God be with you.’”

Tommy was captured at Anzio by the Germans and held in POW camp in Laterina, near Arezzo, southeast of Florence. After 6 months of captivity the prisoners were then being moved by train to Germany. Tommy made his move and escaped by jumping from a hole in the floor of the box car. Three Rangers and a British soldier, William McNeil, all made the jump. Mascari and McNeil traveled together eventually running into a group of partisans comprised of Allied POWs and Italian citizens. Eventually Tommy ran into a group of British soldiers and he was then reunited with American intelligence in Naples, Italy. Due to his POW status, Mascari could not return to the front. He was then sent back to the United States to be evaluated in Miami Florida.

On November 11, 1945 Tommy married Winiogene Portteus. The couple were married for 73 years. They raised a family and Tommy eventually started his own business as a cabinet maker. In 2018 on his 97th birthday, Tommy was given a 175 mph trip around the Indianapolis Motorcar Speedway as a birthday gift. His story made International national news. According to research through ancestry.com, Tommy will be 99 years old this July 3rd.

We salute you, Tommy Mascari!

That there's a guinea with balls of brass.
Post Reply
4 posts • Page 1 of 1