Not bad for a chucklehead.

That’s awesome. I’d spend 4.75 mil on that house in a heartbeat if I had it. That’s a great find. Thanks for sharing

I love the Stooges, and the older I get, the more I love 'em. Or, as Larry would say: "This is a nice place. It reminds me of the reform school."
Now found at bestdamnwatchforum.

Interestingly, there was a never seen Stooge short that Paramount never released; it was titled Pop Goes the Cornea. In it the boys mixed it up with Nazi spies, and, for some reason, gunfire and knife-fights, rather than face slaps, ensued. The body count passed two dozen, and the short was deemed so violent (and anti-German) that Paramount pulled the plug.

Even Curley died near the end, his brain (or brainless) case speared with a chef's knife. Moe and Larry then gave testimony to the Feds, which led to several Nazi spies getting the electric chair. 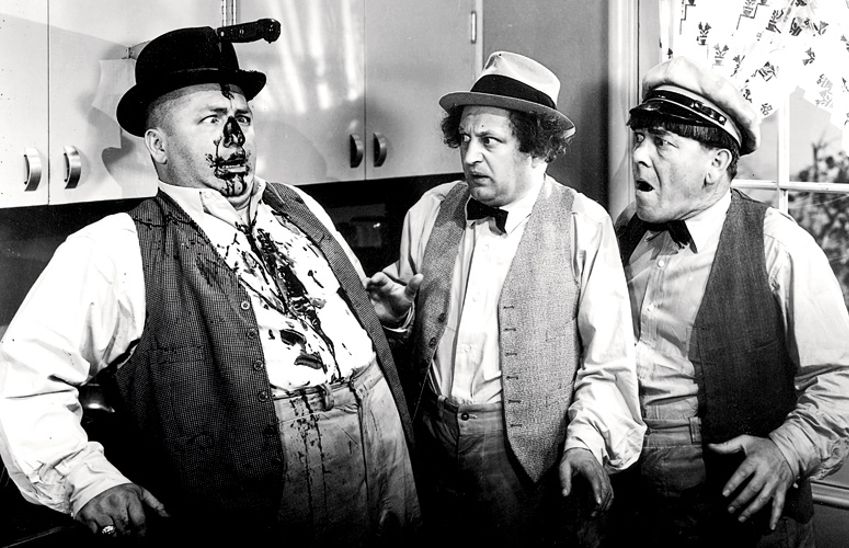 Although never seen by the public, there were a few prints struck, and many Hollywood bigs saw it and found it life and career-defining. Sam Peckenpah was said to have rubbed one out when seeing Moe used a Maxim gun to murder (in slow motion!) several Nazi bad guys.
Post Reply
4 posts • Page 1 of 1