He earned 59 medals to include 2 Navy Crosses, 5 Purple Hearts, 2 Legions of Merit and 18 Air Medals. In 1944, he led a flight of Corsairs (Black Sheep Squadron) intending to shoot down a Japanese KI-45 "Nick" high-altitude photo reconnaissance airplane gathering information for the day's Kamikaze flights. With altitude frozen guns, the only weapon left was the Corsair itself. Ken and his wingman severely damaged the tail of the KI-45 with their propellers. It entered a graveyard spiral, breaking up before hitting the water. Ken and his wingman shared the kill.

During the Vietnam War, Reusser flew helicopters. He was leading a Marine Air Group in a rescue mission, when his own "Huey" was shot down. He needed skin grafts over 35 percent of his badly burned body. He retired from the Marine Corps in July 1968 making him one of the most decorated Marine aviator in history.
You do not have the required permissions to view the files attached to this post.

Balls of brass.
See you're WRONG I don't work at all, I'm a Democrat. The immortal Horse Feathers as spoken to Chucky Ninetoes.

Indeed. All normal men need is one war to reside in the pantheon of heroes. 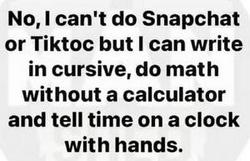