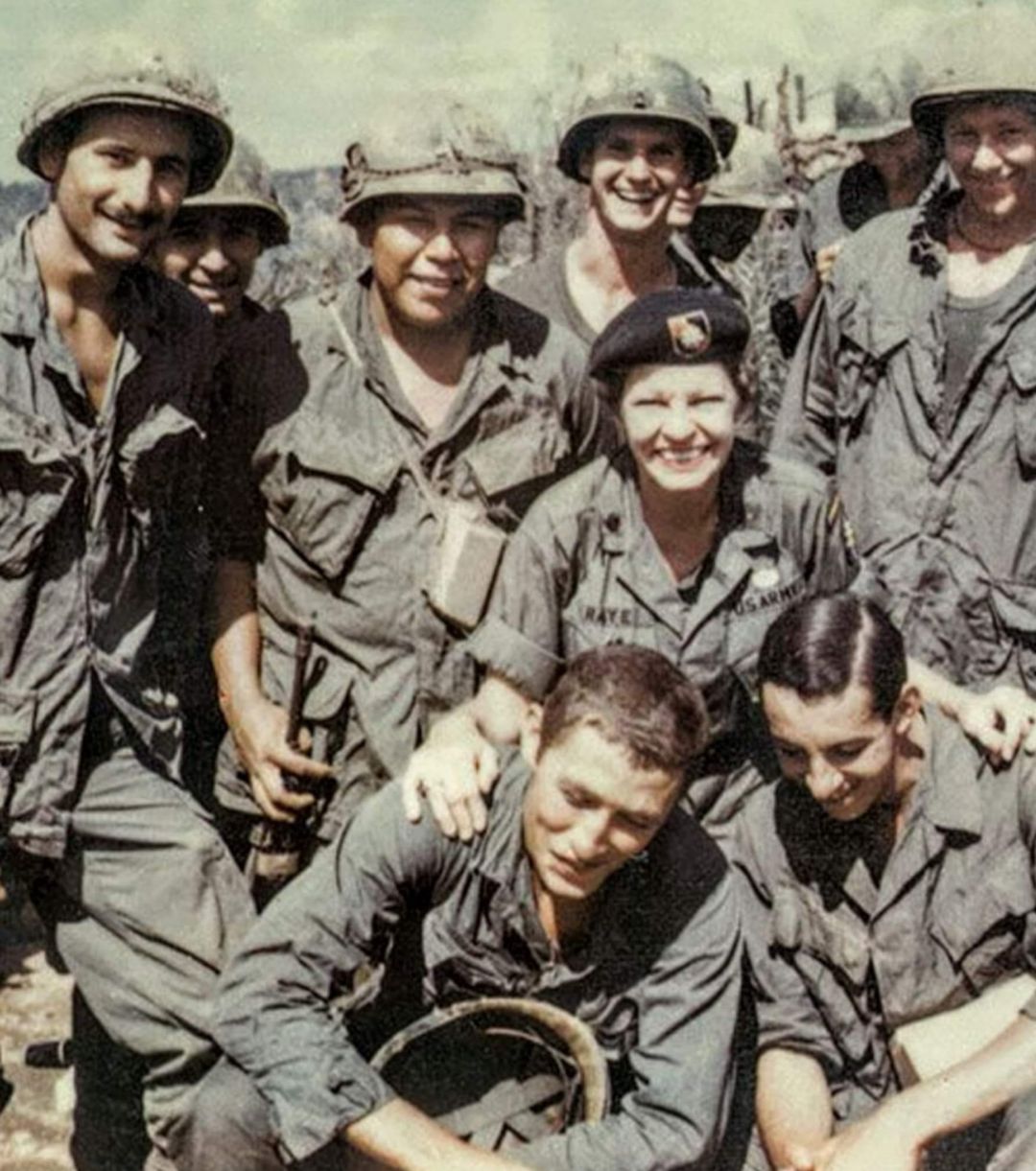 First Platoon, D company, 3/21 Infantry 196th Light Infantry Brigade at LZ Center with Martha Raye. Known as "Colonel Maggie of the Boondocks" for her frequent trips to entertain troops, notably Green Berets in remote areas. Her dedication was officially recognized in 1966, when President Johnson made her an honorary lieutenant colonel.

In 1993 Martha Raye was awarded the Presidential Medal of Freedom for her lifetime service to America . When she died a special exception to policy was made so that she could be buried in the military cemetery at Fort Bragg , North Carolina .


More about her in the link below. 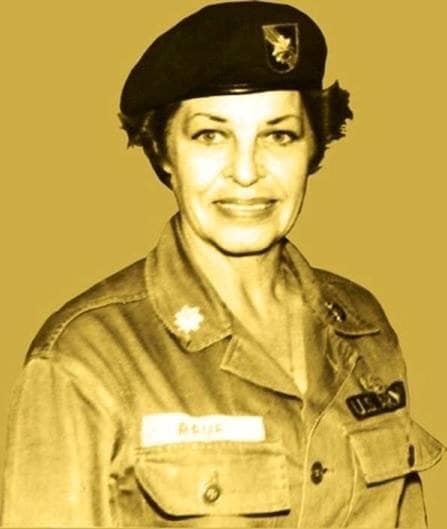 It was well recognized that Martha Raye endured less comfort and more danger than any other Vietnam entertainer. Don't let the sun go down without reading this about Martha Raye.

The most unforgivable oversight of TV is that her shows were not taped.

I was unaware of her credentials or where she is buried. Somehow I just can't see Brittany Spears, Paris Hilton, or Jessica Simpson doing what this woman (and the other USO women, including Ann Margaret & Joey Heatherton) did for our troops in past wars.

Most of the old time entertainers were made of a lot sterner stuff than today's crop of activists bland whiners. The following is from an Army Aviator who takes a trip down memory lane:

"It was just before Thanksgiving '67 and we were ferrying dead and wounded from a large GRF west of Pleiku. We had run out of body bags by noon, so the Hook (CH-47 CHINOOK) was pretty rough in the back.
All of a sudden, we heard a 'take-charge' woman's voice in the rear.

There was the singer and actress, Martha Raye, with a SF (Special Forces) beret and jungle fatigues, with subdued markings, helping the wounded into the Chinook, and carrying the dead aboard. ‘Maggie' had been visiting her SF 'heroes' out 'west'.

We took off, short of fuel, and headed to the USAF hospital pad at Pleiku.
As we all started unloading our sad pax's, a 'Smart Mouth' USAF Captain said to Martha,
“Ms Ray, with all these dead and wounded to process, there would
not be time for your show!"

To all of our surprise, she pulled on her right collar and said,

“Captain, see this eagle? I am a full 'Bird' in the US Army Reserve, and on this is a 'Caduceus' which means I am a Nurse, with a surgical specialty, now, take me to your wounded!"

Several times at the Army Field Hospital in Pleiku, she would 'cover' a surgical shift, giving a nurse a well-deserved break.

Martha is the only woman buried in the SF (Special Forces) cemetery at Ft Bragg.
Hand Salute! A great lady. I did not know this about Martha Ray. I thought you might like it.