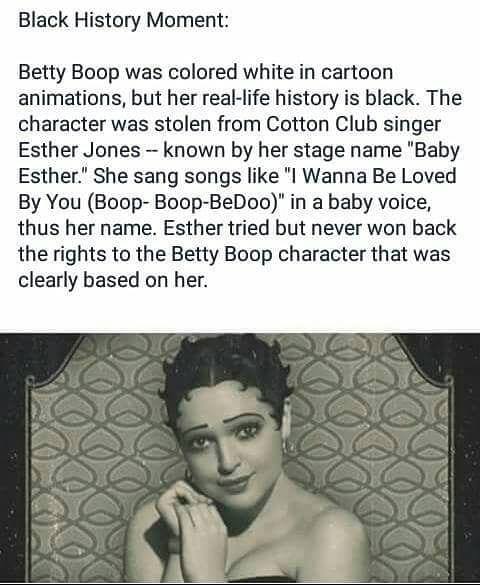 Created by cartoon animator Max Fleischer, Betty Boop became a cultural icon in the 1930s. A symbol of the bygone roaring twenties and all of its wonderful debauchery, the cartoon was a hit with adults and later with children, when she became more toned down.

More than the caricature of a flapper, Betty Boop represented a fully realized woman. Other female cartoons of the era like Minnie Mouse were almost replicas of their male counterparts with only a few details changed; the animations did not take on the human female form and were portrayed as childish. Betty on the other hand was sexually autonomous and outspoken against the old values asserted by her parents and the previous generations.

Nevertheless, after the infamous Hays Code forced morality restrictions on film, the sexual and psychological undertones of Miss Boop were almost entirely eliminated. The character was essentially relegated to a more demure career girl in later years, yet Betty Boop remained a household name for decades.

While the image of the busty, doe-eyed animation may be one of the nation’s most recognizable faces, most people couldn't pick the original Betty Boop out of a lineup. So who inspired Max Fleischer's runaway hit cartoon? Was it the quirky Helen Kane, who “boop-a-doop’ed” like Betty? Or perhaps the ‘30s it-girl Clara Bow, whose short hair and thin eye brows perfectly mimicked the flapper cartoon's? Or maybe it was Baby Esther, the black jazz singer whose name has been long erased by history?

Well, we’ve got an answer, and it's a little complicated...

I used to go with a girl that looked like her in Kansas City and I called her Betty Boop. Thankfully she didnt have that voice.
NRPI here.

Time once again for Black History month. A reminder, no politics.

Thanks for sharing!
Ardnut since 1989

I’m a friendly acquaintance of Max’s grandson, who is the recipient of all the Betty Boop memorabilia. Max’s son Richard was a director of some pretty great movies, including the original The Narrow Margin, Tora,Tora,Tora, and Soylent Green(IIRC). His son is an attorney in State College who married a really awesome woman who took over her fathers business. He was a former Marine who became an architect and developer. I don’t know if they get residuals on Popeye or anything else but Betty Boop is still quite popular. The architect’s second wife was friends with my mother and a real character. She was friends with Shirley Jones (originally from Pittsburgh) and Rita Moreno and told great stories.
Post Reply
5 posts • Page 1 of 1