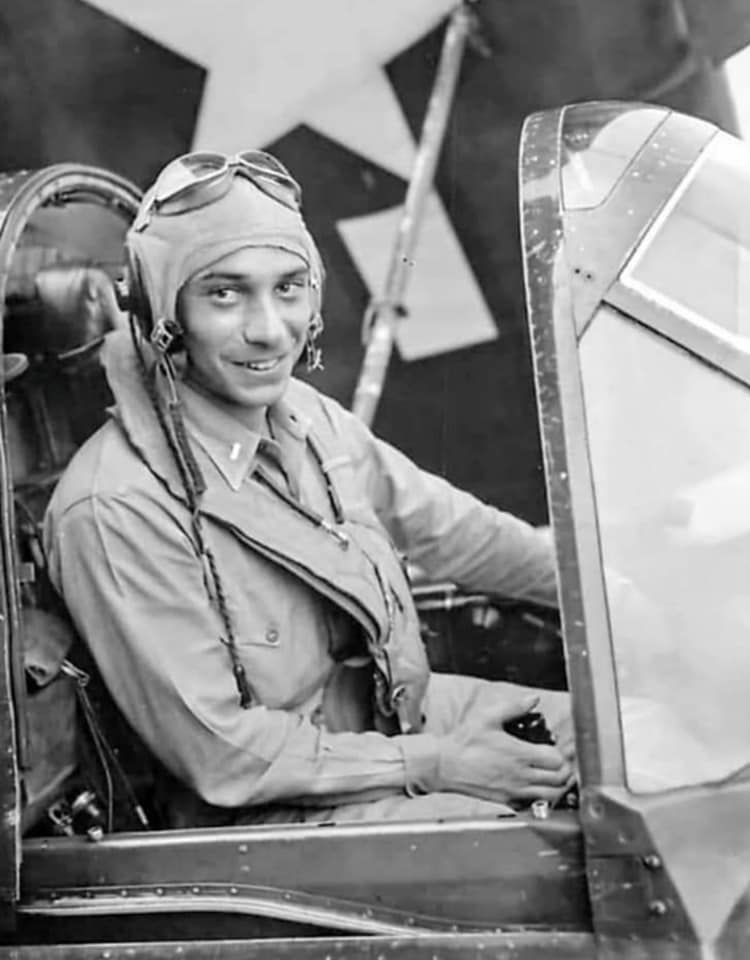 NEW YORK—Plunging 1,200 leet in the Pacific when his parachute failed to open has not ended the flying career of Lt. Alvin E. Levenson. The young Helldiver pilot lived through that experience, and on his second combat flight he hit and probably sank a medium sized freighter. His squadron was divebombing a tiny island north of Saipan on the day he took the terrifying plunge. After releasing his plane’s bombs, he pulled out and started to climb . . . only to crash smack into another Helldiver. “THE CRASH dazed me,” he said, ‘‘and the next thing I knew I was falling, spinning around and around sideways like a top. I yanked the ripcord about twenty times and the chute broke out but failed to open. It flapped around me like a silk banner. Debris from the exploding planes was falling around." 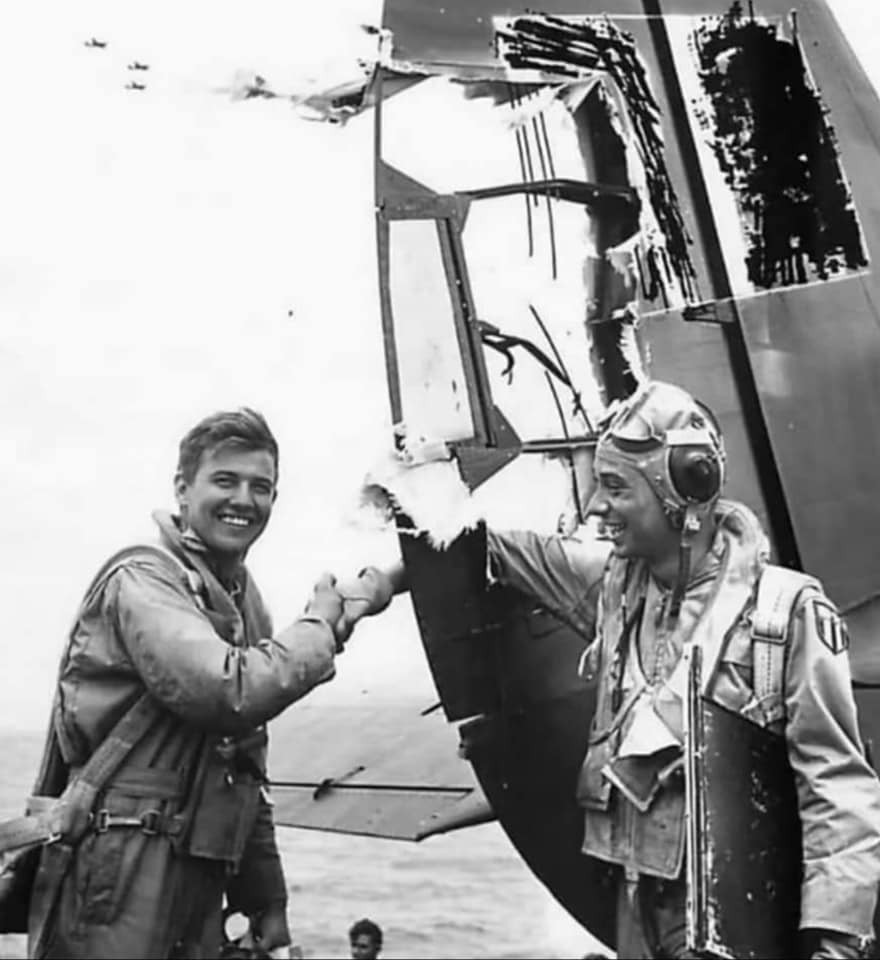 Levenson had just about given up and was thinking about his wile and the three year old son he’s never seen, when he hit the water —in a sitting position. He thinks the streaming parachute must have slowed up his fall. The sea was rough, too, and he may have hit the top of a wave and coasted down, which would have broken the force of impact. Levenson ripped off his parachute harness. He struggled to the surface. It was a day when the inanimate world just seemed to be working against him—because his Mae West only inflated part of the way. The flier remained afloat for 3 hours, Worrying about sea birds. “I've got a phobia about chickens or fowls and can’t go near them,” he explained. The birds kept making runs at him and one of them hit him in the eye. “I pulled out my knife," he related, “and began screaming and making passes myself, but they didn’t seem worried and kept circling, waiting for me to the. So I made up my mind—I wouldn’t die.” A patrol boat rescued him at last, and he was hospitalized with burns, lacerations, severed leg tendons, injuries to his left arm muscles. “I had thought in my mind all of the time,” he said, "that I should give up combat flying.” But, considering himself lucky to be alive, he took an assignment aboard another carrier. .” 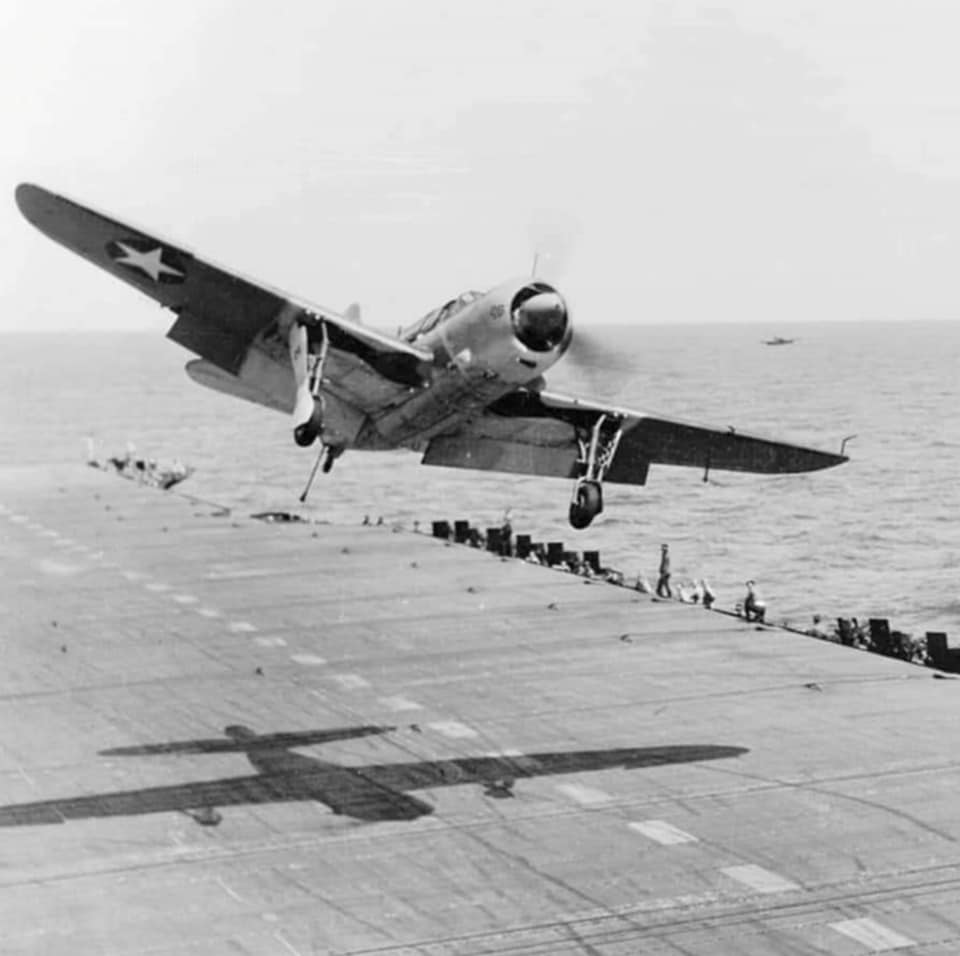