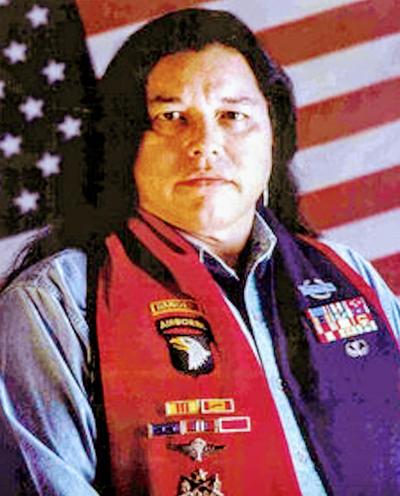 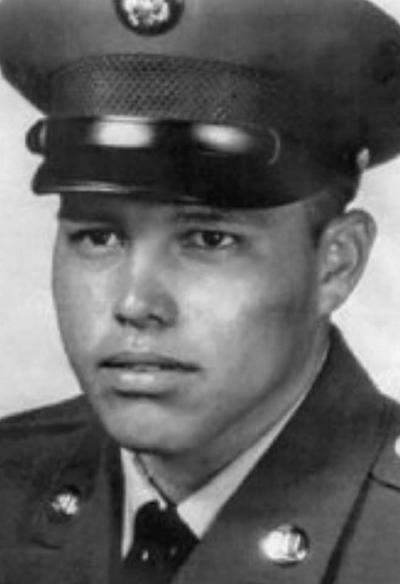 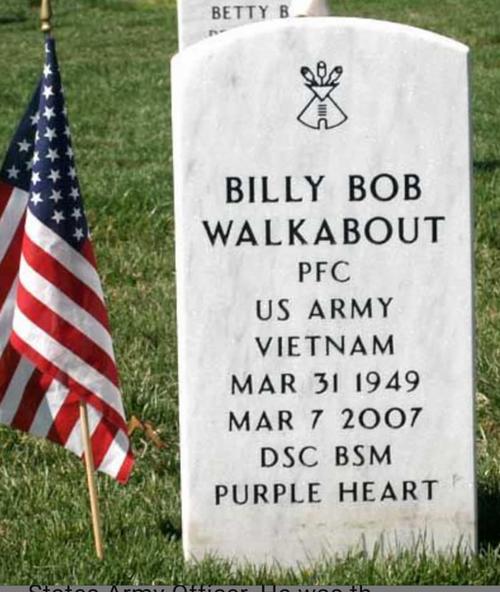 The Distinguished Service Cross is presented to Billy B. Walkabout, Sergeant, United States Army, for extraordinary heroism in connection with military operations involving conflict with an armed hostile force in the Republic of Vietnam, while serving with Company F, 58th Infantry, 101st Airborne Division (Airmobile).

Sergeant Walkabout (then Specialist Four) distinguished himself by exceptionally valorous actions on 20 November 1968 during a long range reconnaissance patrol southwest of Hue.

After successfully ambushing an enemy squad on a jungle trail, the friendly patrol radioed for immediate helicopter extraction. When the extraction helicopters arrived and the lead man began moving toward the pick-up zone, he was seriously wounded by hostile automatic weapons fire. Sergeant Walkabout quickly rose to his feet and delivered steady suppressive fire on the attackers while other team members pulled the wounded man back to their ranks. Sergeant Walkabout then administered first aid to the solider in preparation for medical evacuation. As the man was being loaded onto the evacuation helicopter, enemy elements again attacked the team.

Maneuvering under heavy fire, Sergeant Walkabout positioned himself where the enemy were concentrating their assault and placed continuous rifle fire on the adversary. A command-detonated mine ripped through the friendly team, instantly killing three men and wounding all the others. Although stunned and wounded by the blast, Sergeant Walkabout rushed from man to man administering first aid, bandaging one soldier's severe chest wound and reviving another soldier by heart massage. He then coordinated gunship and tactical air strikes on the enemy's positions. When evacuation helicopters arrived again, he worked single-handedly under fire to board his disabled comrades. Only when the casualties had been evacuated and friendly reinforcements had arrived, did he allow himself to be extracted.

Sergeant Walkabout's extraordinary heroism and devotion to duty were in keeping with the highest traditions of the military service and reflect great credit upon himself, his unit, and the United States Army. 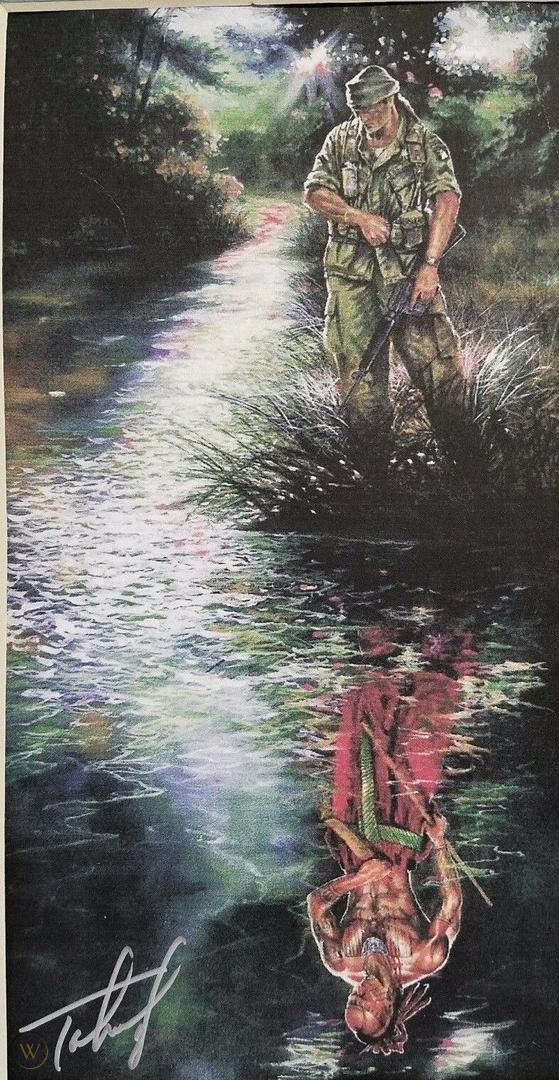