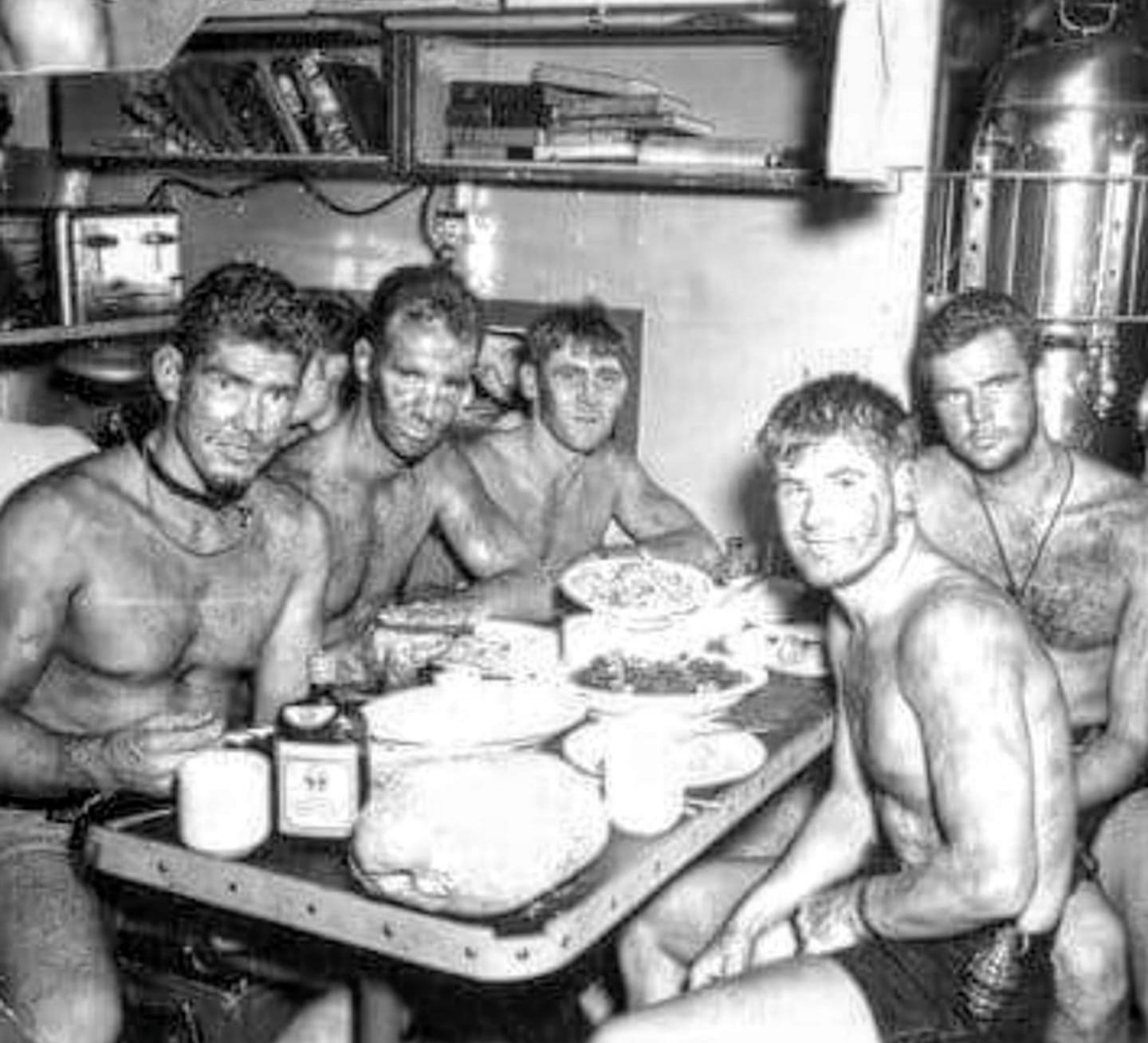 Aboard the USS Burrfish (SS312) near Peleliu in the Pacific Ocean, part of a UDT special mission group of volunteers that conducted the only UDT submarine launched operation during World War II. (L-R) Leonard Barnhill, John MacMahon, LT M.R. Massy, Bill Moore and Warren Christensen, John MacMahon (pictured) and Robert Black and CPO Howard Roeder (not pictured) were captured by the Japanese the night after this photograph was taken and killed while in captivity.