Pro Diver: It Ain’t That Bad

Pro Diver: It Ain’t That Bad

Fat Phluff needs to be bitch slapped around for writing crap like this.

Like Telling Your Perfume-Soaked Aunt She Looks Hot: The Invicta Pro Diver: It Ain’t That Bad

Yeah, I held my nose while writing that headline, but I can’t deny it. Yes, yes, I know, of course, most Invicta watches are the stuff of immediate derision, and rightfully so. From the company’s preposterous tall tales on home shopping networks (“Russian Divers” or “Flame Fusion crystals,” anyone?), to doing the Swiss tap dance for about a decade, to watches that actually are 50, 55, 60, 65 fucking millimeters wide (sans crowns!), this company, which actually manufactures nothing but farms out their assembly work to countries and companies around the globe, remains the king of actual clown watches, style wise. If for any reason you truly believe a 63mm Inivicta Grand Arsenal somehow looks even remotely normal on your list, we think you have bigger problems than a complete lack of taste and self-awareness

X infinity. Eyal might love dogs, give away free radios, wear spiffy Hugo Boss suits, and wear a stunning flieger designed by his grandmama. I still ain’t buying it.

Interestingly, the Pro Diver was perhaps the only wartche that Nvicter made that most WIS could say, "yeah, well, everything else that Invicter produces that isn't total shit." Indeed, many of us bust our Invicter cherry with one Pro Diver or another, and I suspect that more than a few Lords might still have one at the bottom of the watch box.

The Pro Diver was the one wartche that Nvicta got mostly right. It was a direct clone of the Sub, with a pretty-much bullet-proof movement inside, a decent bracelet (better than the Orient Mako's), and it seemed, well, water resistant, although I doubt that anybody without suicidal tendencies wore one to its stated depth of 200m. It also had the additional benefits of pissing off Rolex Sub owners, who might have mistaken it from across the room at a local Golden Corral as the Real Thing.

Alas, leave it to Lalo for fucking up the Pro Diver. In 2015, a class action lawsuit was started by pissed off owners, who found out the hard way that the Pro Diver was neither Pro nor a Diver, their wartchs leaking and rusting up at the merest hint of water. Invicter countered asking for a dismissal, with the head-scratching argument that their Pro Divers were never advertised as waterproof, or to be used in any other environment than the desert.


Behold the reach of Laloism!

You know, with that 63mm InFlicta on your wrist, you could wreak serious havoc bitch-slapping folks.

bbattle wrote: ↑
December 20th 2021, 4:53pm
You know, with that 63mm InFlicta on your wrist, you could wreak serious havoc bitch-slapping folks. 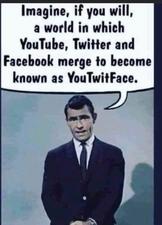