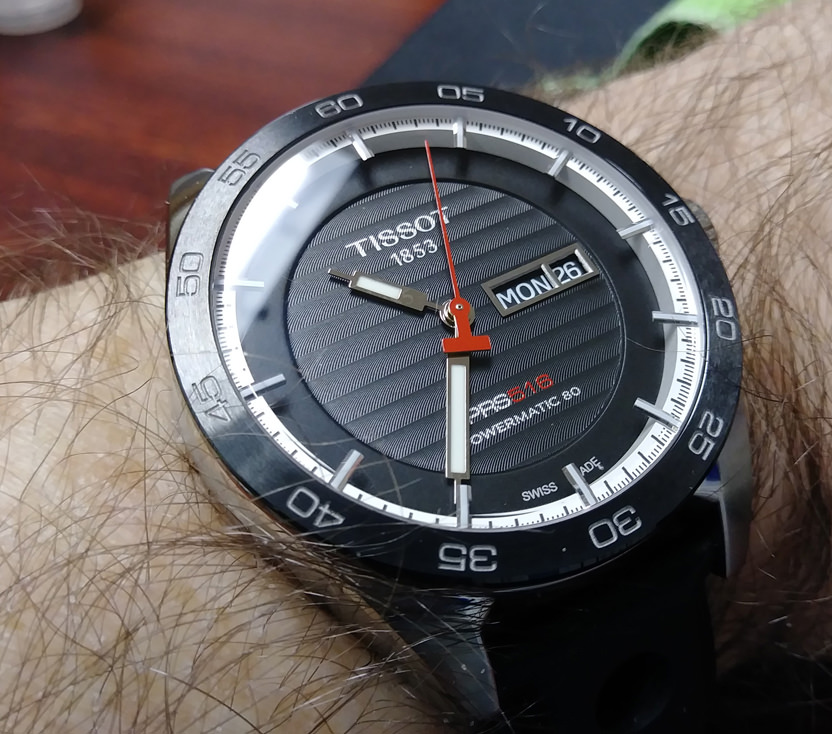 I've owned this watch for a few weeks, but I waited for a while to review this once since I wanted to check out the power reserve on the Powermatic 80 movement. And since two members here actually asked for a review in the chat box once night, well, who am I to refuse such cool people.

I have always kind of wanted a Tissot PRS 516. As far as I know, these auto-themed watches have been in production since 1965, and frankly, I almost jumped on a couple of pre-owned models in the past, but they tend to hold up really well price-wise on the secondary market, with older models selling for as much or even more than new ones. So I waited; as much as I like to shop at retail, paying the full nut for any watch makes me blood pressure spike.

So I was really just short of shocked to see this particular, current PRS 516 model being discounted at a retail store here in NYC called Hour Passion, which is owned and operated by the Swatch Group (anyone visiting here should check this place out, though it's easy to miss, as it's located closer to Madison Square Garden on 34th Street than it is to what I call the 5th Avenue stroll around 47th Street; it's worth checking out for Tissot, Longines, Certina, Rado, Hamilton, and other Swatch brands). Since I've always liked the looks of many PRS 516s, and since I've been curious since the Powermatic 80 movement was ushered in by ETA about five or six years ago, offering either COSC or near-COSC accuracy at a low cost, this was a no brainer – particularly at the price I purchased this for. 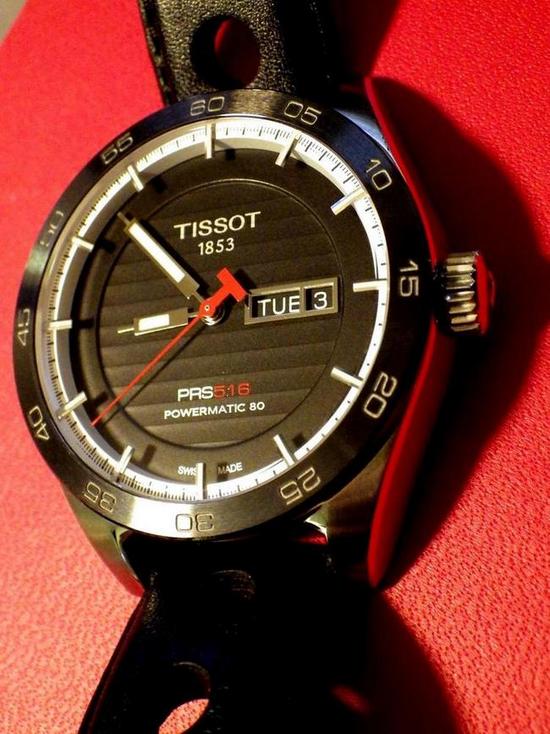 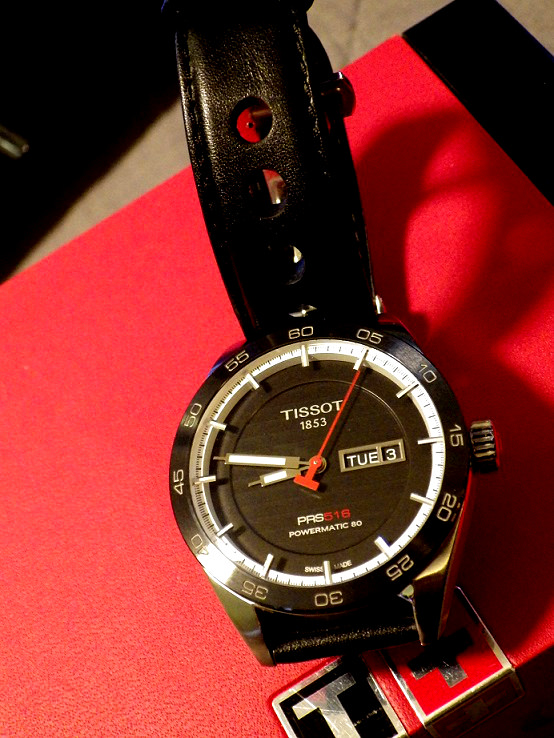 After owning this for a few weeks, I can pretty much state that the Powermatic 80 truly does what it's hyped to do: It stays accurate (and still running, of course) for days after it's fully wound; take it off on a Friday night, it'll still be chugging along on Monday morning. From everything I've read about the various 80s, the movements use a low-friction escapement that's set by a laser (and uses lower-weight components) and a mainspring that's more efficient in retaining energy to increase the watch's capacity to stay running. You notice right away that's it's not the smoothest-looking auto you'll own; while the second hand isn't lurching like a cheapjack Claro or mega-smooth like a Precisionist, it's still clearly an auto to the naked eye.

However, for a watch with a $800 list price (marked down, no less), that PowerMatic 80 was just too much for me to resist. My impressions: 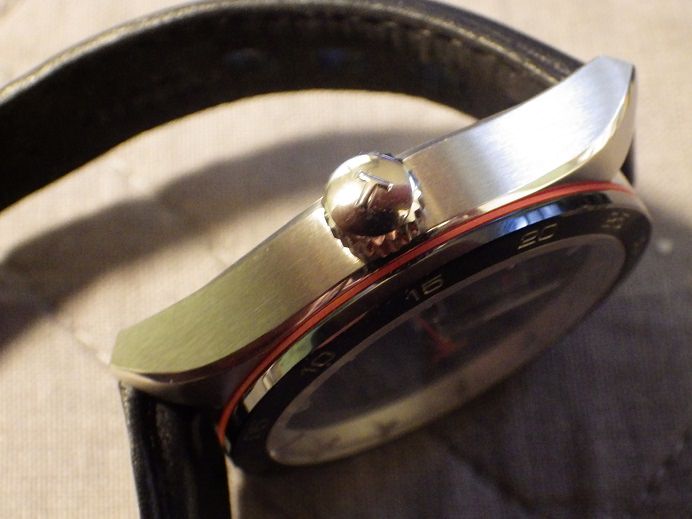 I liked the styling, a lot. The '60s-style hands I've always been a fan of, and the ceramic bezel outside the slightly stadium-style dial is, at least in my mind's eye, sharp as a tack. There is a line of red color between the stainless steel case and the bezel that really pulls the look together. Retro yet modern, yet nothing is over-the-top. 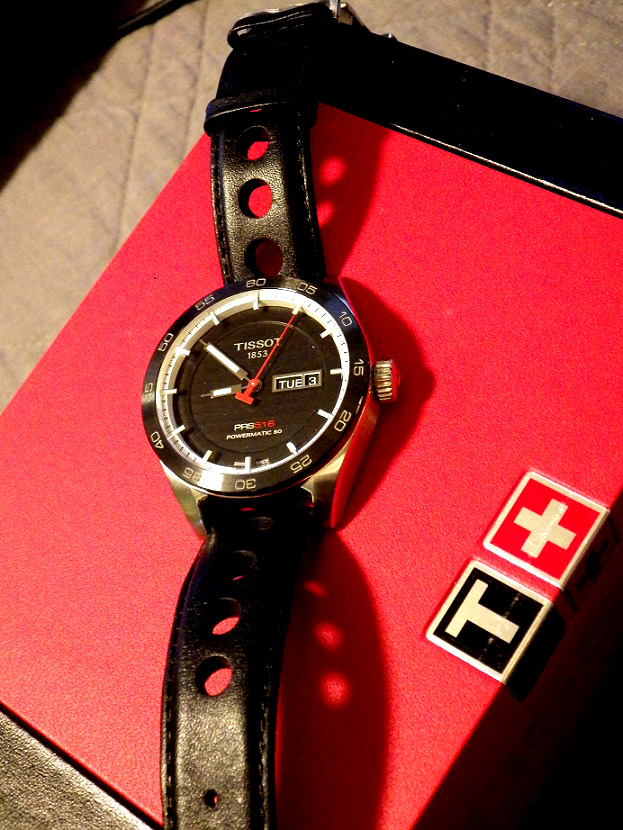 The case back is … well, since it's auto-themed, I guess Tissot believes you have to do something like this. Not nutty for it, but there it is. Also: I'm assuming this sat in the store for ages, since what might appear to look like scratches here is actually schmutz from the pull-off cellphone that I'm still working on getting off the case back. Time to invest in a Cap Cod, I guess. 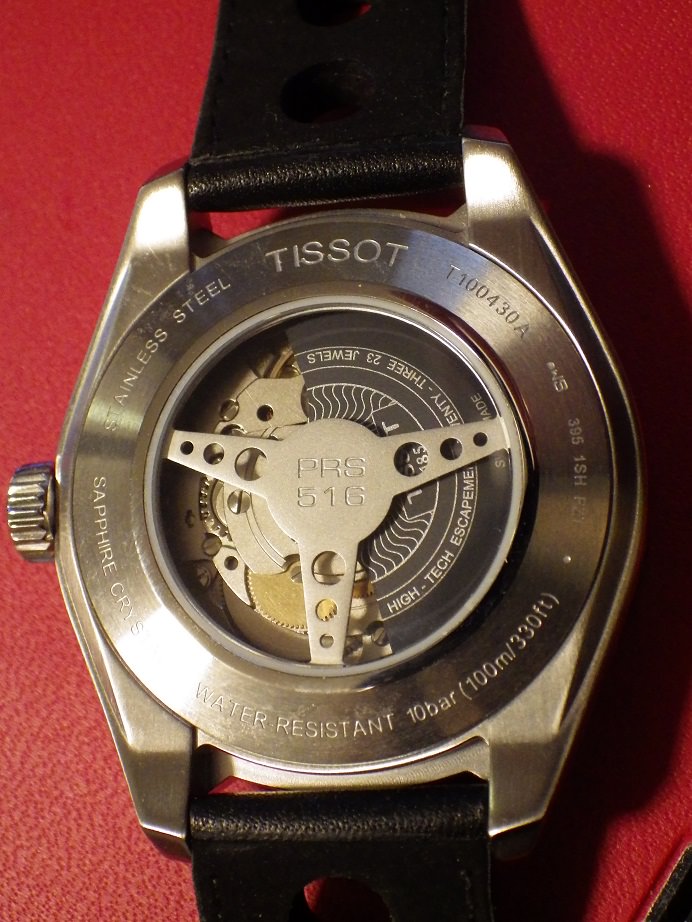 The old-timey “racing” calf's leather band sports a deployant clasp, and a mechanism had me scratching my head at first – the push-through to size it doesn't have a bottom metal piece. It works, but it seems unfinished, and the tang is hard to maneuver when sizing to the wrist. 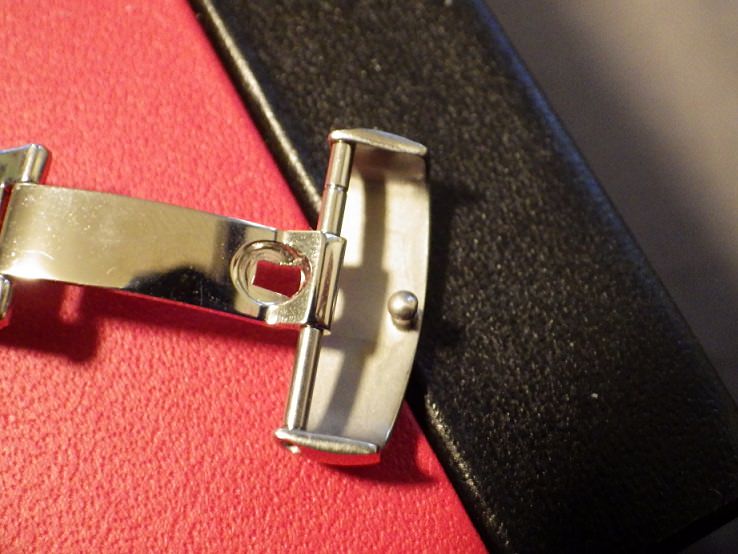 Minor quibbles. The watch seems to wear smaller than its 42mm dimension, and the strap is comfortable. It's also lighter than you might think it might be, which is probably the result of the movement's lighter components, yet it seems durable, and I already know it can take a bump or two, which for someone like me is key.

All in all: For what I paid for this, one of the biggest bargains I've ever been lucky enough to wander in to. The watch really punches above its weight in both style and function, and I really have to recommend the Powermatic 80. The Sistem51 you can keep; the Powermatic 80 I'd be glad to own several of. It does everything they say it does, and now those into them can own autos with COSC accuracy for a fraction of the price of high-end watches whose power reserves are far less capable. 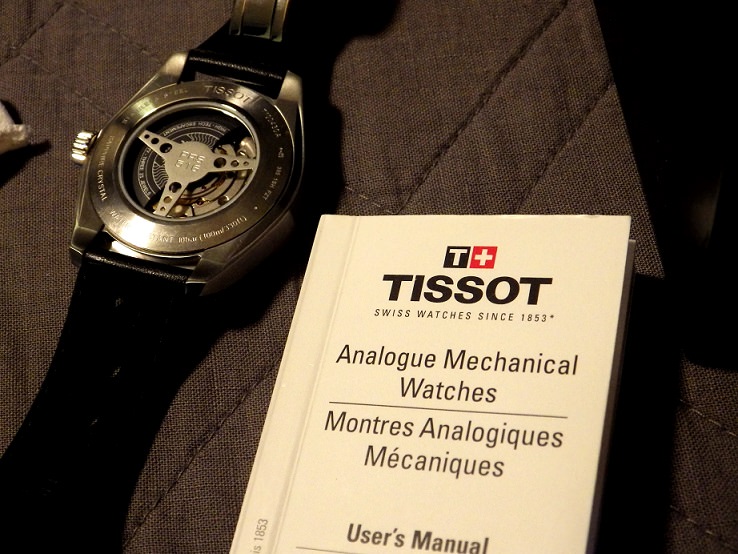 A last note: Amazon is selling this same model for about $399, which is less than I paid for mine.
Last edited by TemerityBEddiePhluff on April 15th 2018, 7:29pm, edited 3 times in total.
"Funny how things that start spontaneously end that way. Eat a peach." - Neil Young

I like that one a lot. Thanks for the review TB.

Nice review. No surprise, being auto-themed, I like this one. Powermatic 80 in my MIDO has been nearly dead-on just as you say.

I just love that dial and the hands, it is a very nice looking watch. The raised chapter ring and indices are a nice look.
You said it seems smaller than 42mm, this could work for me then. I would feel more comfortable trying one on in person before I took the leap though.
In memory of TB/Phfluff, since he isn’t here to continue to give his praise, I will share it for him.

At last! And worth the wait. A great review, T--well written, concise, balanced. If only more reviews like this can be found on the net. Major kudos to you!

This watch makes me fairly firm, and it’s a good review. Nice one!

Congrats for a great review and a great watch, TB. I love those 'under the indices' type of hands, just like the old style. 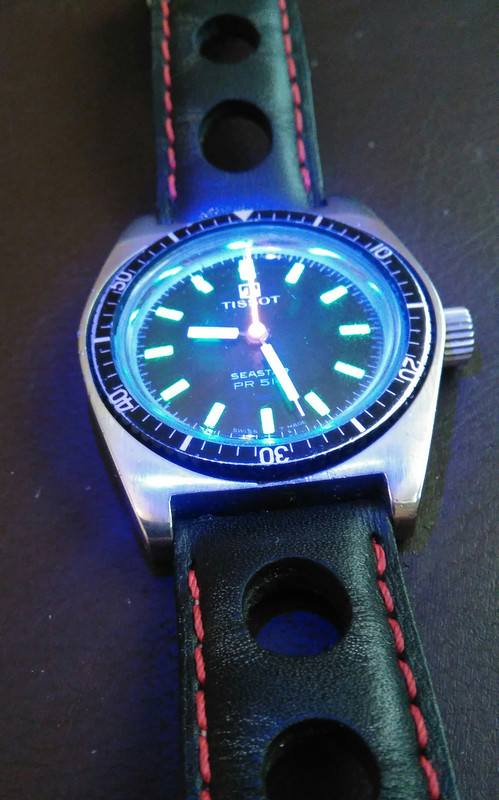 Well done. Tissot has some great stuff and seems a bit underappreciated.

bobbee wrote:Congrats for a great review and a great watch, TB. I love those 'under the indices' type of hands, just like the old style.

That's awesome. It's watches like that one that have always made me want one of these models.

Which leads me to something that I should've put in the review but didnt: There's lume, but it's meh.
"Funny how things that start spontaneously end that way. Eat a peach." - Neil Young

Have only owned the Tissot Foo-Foo of forum fame and I have to say it was fantastic but just too big for my tastes. Damned underappreciated and a bargain at grey market prices.
My best friend from college shared his secret to his huge financial success, "I fell out of the right vagina."

Beautiful watch TB and a great review too. Tells all you need to know in your concise easy to read style. I like the design and particularly the ceramic bezel. They should have been chasing you down the street cause you practically stole it. I've got an old Tissot like that but my picture of it was taken hostage by Photobucket. Maybe I'll throw one up later. Congrats on the watch.
See you're WRONG I don't work at all, I'm a Democrat. The immortal Horse Feathers as spoken to Chucky Ninetoes.

Very well done, both the review and the watch.
"Old age and treachery will always beat youth and exuberance"

Wonderful watch and review, TB. Great style and a power reserve to die for.
Post Reply
13 posts • Page 1 of 1