Well, I've had this one for a little over two months, and I thought I'd shoot a few pics of how well it's holding up. The Seiko Dia-Shield treatment over the stainless is outstanding, and I'll show why: No marks on the full ceramic bezel or the sapphire crystal: On the bracelet, nada: Now, the part that always gets desk diver marks a few days after normal wear: And finally, as tight as my camera can get: With a 10X loupe, I was able to see a couple of very faint hairline scratches in the clasp (which don't really show up here.)

Also, the 6R15 movement was, I suspect, specially tuned by the Seiko boffins before leaving the factory. It runs well within COSC specs, about 1.5 seconds per day on the wrist, and then a 1 second or so slow off the wrist for sleepy time. I've worn this watch just about every day since I got it, taking it off now and then to wear something else--when in the watchbox (almost always for less than 24 hours) it loses a few seconds a day--right now it's about -4 seconds, from when I last hacked it about a month ago (the 6R15 has about 50 hours of power reserve, and hasn't run down since I got it.)

I honestly could keep this for my daily wearer and a dress watch for special shit and sell off the rest of my collection. It's fucking ruined me!!

That is actually pretty amazing. One od the reasons I always switch to leather is that I cannot stand the inevitable scratches

Another win for Mr Hattori & Co!
Meritocracy: the privilege, wealth and advancement of those who chose their parents wisely.
Capitalism: a cult that promised to do good for the worst reasons.
Nationalism: a profound longing to go back to a past that never existed.

Why is this treatment not on every watch?!

My best friend from college shared his secret to his huge financial success, "I fell out of the right vagina."

Why is this treatment not on every watch?!

You got me. I presume the treatment is pretty expensive; I'm not sure of which watches Seiko uses it on, other than this one and the Ti Samurai.

Honestly, though, it looks like the day I got it.

This intrigues me, that Diashield is amazing. Really like the architecture of the lugs to case.

Found this on WUS, apparently from Seiya-san:

I often get asked just how tough (the case and bracelet) the metal Dia-Schild and Duratec (scratch-resistant) metal truly is.
I created a chart for easy reference.
They are lined up in order of toughness according to Hv (Vickers Hardness) ranking system.
They get tougher the further you go to the right.
"DiaShield" is about 2-3 times harder than Stainless Steel.
"Duratect/DLC" is about 5-7 times harder.
"Duratect α" is about 10 times harder. It is the same as Sapphire crystal.
It is used in models such as the AT9050-58A "Citizen Exceed".
There is this much of a difference between Seiko and Citizen.（SEIKO may currently be developing new technology.）
The DLC(Diamond-like Carbon) doesn't mean that is is just as hard as a diamond、but that it has a structure similar to a diamond.
As a final note, even though they are tough to scratch, it doesn't mean that they can't be.

Hey when a brand makes scratch free titanium the steel has got to be a beast.

Nothin' better than finding a watch that's perfect for you. Nice.
"Funny how things that start spontaneously end that way. Eat a peach." - Neil Young

Nice close up pics - I have been wearing my Samurai for the last week, have owned it going on 3 years and the clasp definitely have desk diving marks and I am very conscientious with my watches.

The fact that your clasp is that "clean" is remarkable.

If you don't mind my asking what did you drop the Transocean?

That DiaShield and the lugs are calling me. What size is it?
In memory of TB/Phfluff, since he isn’t here to continue to give his praise, I will share it for him.

svaglic wrote:That DiaShield and the lugs are calling me. What size is it?

labman wrote:Nice close up pics - I have been wearing my Samurai for the last week, have owned it going on 3 years and the clasp definitely have desk diving marks and I am very conscientious with my watches.

The fact that your clasp is that "clean" is remarkable.

If you don't mind my asking what did you drop the Transocean?

Thanks, labby! I got this one a couple months ago from Seiya-san; at that point he wasn't listing it, but got it for me for around $950. There's also a LE model with a different dial Seiko made along with luggage manufacturer Zero Halliburton that was, I think, around $1050. Since then Seiya's started listing the standard Transocean for around $1025, I suppose due changes in the yen/dollar exchange. Seiko also makes this one with a white dial, white ceramic bezel, and gold-plated case--that one was a little too South Beach for me.

Is that a textured dial? Linen?
In memory of TB/Phfluff, since he isn’t here to continue to give his praise, I will share it for him. That's about the best picture I could get of the texture on the dial; it looks something like the Prospex X (the one nobody seems to like) on the dial, repeated. It's very subtle, and I only notice it in bright sunlight and at certain angles. Some of the 2-D renderings you can see of the watch at Amazon and Rakuten show the texturing as very pronounced, but most of the time the dial looks jet black.

Nice. Subtle changes to the watch that makes this one a super sleeper. Image having a bracelet and watch case virtually scratch proof. Very well done, conjurer.
Since light travels faster than sound, some people appear bright until you hear them speak.

Takes a licking that Durashield, and seems to hold up better than the competition's hardening processes. Huh, I feel strangely like getting with myself.
^^^Copyright

Is this watch still around?

Not with me, alas. I sold it off some time ago. It's still for sale at places like Seiya; Seiko now makes an auto chrono version of it, along with a Spring Drive GMT.

Cecil..........
Wonder where Damasko's black DAMEST treatment fits on this scale. Acouple/few years of ownership of one, zero scratches.
Cecil over.........
.

Not a Cecil in my estimation. Watch folks are notorious for injecting trade names confounding an easy answer. But my guess is in the range of 1000 to 1500 Hv. It's impacted by the method of application and, though an overgeneralizition, if made too hard adherance can suffer. The winner of an Hv contest is usually but not always more prone to have the coating flake off. And substrate matters.

In our area of interest Allegion's (and ASSA's) "lifetime brass" or whatever it's called is titanium nitride, pvd applied - not dissimilar to drill bits.(I'm assuming here on ASSA but Alegion's PVD was on the tour). It's more common to outsource the process rather than bury it in a dusty corner of the shop but, well, Allegion. Titanium nitride isn't DLC but the process is similar.

One method of applying DLC is PVD which has resulted in some epically humorous watch forum threads (elsewhere, of course) along the lines of "which is better, PVD or DLC?" which is about as silly as asking "which is better, electroplating or silver?" Or perhaps more illustrative "Which is better, projection welding or 4140 steel?" The question screams out a demand for snark.

PVD is "sputter deposition" and this summary doesn't suck: https://en.wikipedia.org/wiki/Diamond-like_carbon

As to other variations I've taken to giving up and relying most heavily on user reports like Conjurer's. I don't know exactly what dia-shield or duratech is but if memory serves (too lazy to look it up) Seiko's magic titanium alloy is detailed somewhere by them - presumably anybody could order up a batch from Hitachi. If anything happens after that in the way of coating beats me unless they say diashield and at that point I'm lost again.

Anyhow, Damask - probably around 1200 plus or minus a roll of some large dice.


And for something you already knew but I had to learn: when dealing with Ritz Carlton Ft. Meyers it's best to omit "titanium nitride" and just stick with "lifetime brass" while keeping as straight a face as can be managed.

Looks good but we need a hand in pocket shot. Will have to keep an eye out for watches with that treatment. The only "hardened" watch I have is my Damasko DA36. It's case looks as good as new about eight years in now. I don't mind a little bit of wear but I think we've all probably had a few over the years that really show their age.
See you're WRONG I don't work at all, I'm a Democrat. The immortal Horse Feathers as spoken to Chucky Ninetoes.

Conj is a love em leave em kind of guy with watches.
In memory of TB/Phfluff, since he isn’t here to continue to give his praise, I will share it for him.

Hawk wrote:And for something you already knew but I had to learn: when dealing with Ritz Carlton Ft. Meyers it's best to omit "titanium nitride" and just stick with "lifetime brass" while keeping as straight a face as can be managed.

Yep, learned early on not to get in the weeds with architects/end users, just makes them ask more questions.

Will I miss the opportunity to state "that (look/"flaw"/barberpoling/insert other complaint) is the inherit beauty of natural wood. Perhaps you should have specified something in a plastic laminate or hollow metal"? I think not but will know for sure in about another year.

Cecil aside and as Damasko owners know, that treatment of theirs is the tits!
.

Now for a REAL Cecil: 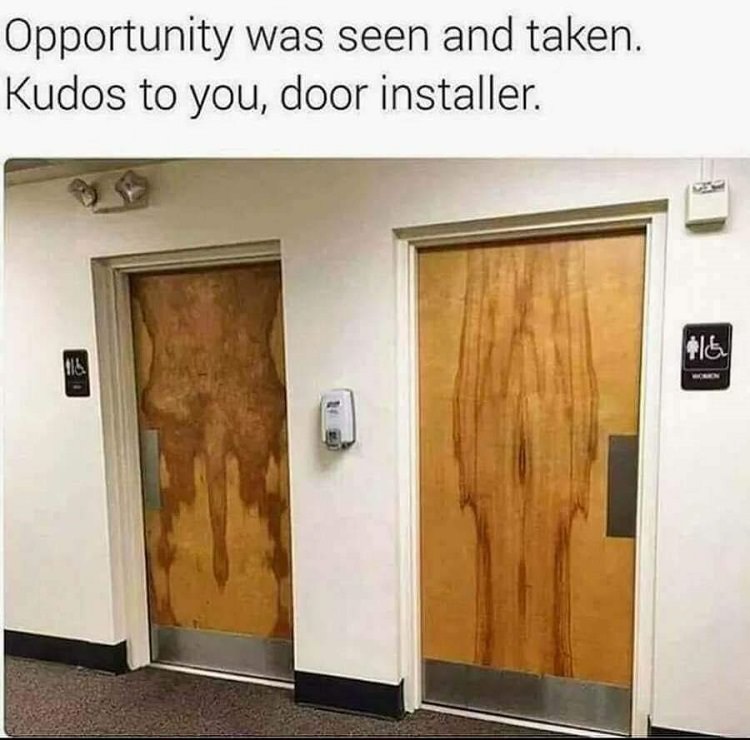