The Marine Tourbillon Équation Marchante 5887 was first introduced by Breguet in platinum in 2017 and, in addition to the tourbillon, the watch contains a rather unusual complication. This is the Equation of Time marchante, which differs from the conventional method of displaying the Equation of Time. 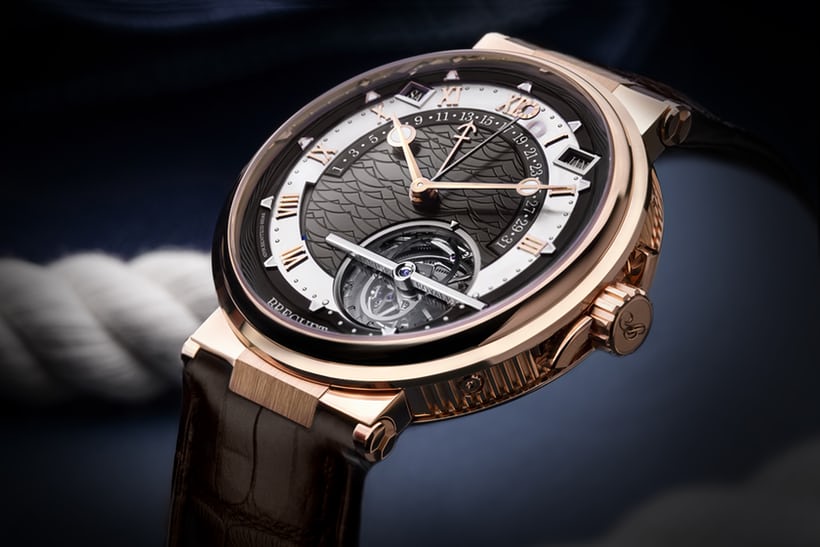 In 2018, the Marine collection got a fairly extensive design refresh, but this particular watch largely follows the same design cues as it did when it was launched in the previous year. While the 5887 retains the design language of the 2017 model, it feels like a quite different watch, with a new rose-gold case, slate-grey dial, and rose-gold markers and hands, which give it a more approachable (although certainly still obviously luxurious) feel.

When the first platinum version of this watch launched, the aesthetics (which, to be fair, are what most watches sell on) were to me less interesting than what it represented in terms of mechanics. It's both a very new-fangled and a very old-fashioned watch. On the one hand, you have the peripheral rotor system, as well as the sapphire-crystal mounted cam for the Equation Of Time. On the other hand, you have the tourbillon and the Equation Of Time, both of which are about as old-fashioned as a complication can get.

If I had an extra $259K lying around the house I might consider this watch.