"When it comes to any consumer interest, there always seems to be a rising level of enthusiast driven products that deviate from what would be viable for the mass market and appeal to a niche but passionate audience. In my space of watches, microbrands have become one of the fastest-growing aspects of the mechanical watch market where small shops can produce nice products that in some cases outperform that of titans of industry.

In the past three years, I have handled hundreds of watches from different microbrands out there with many being good, and others, not so much. In this blog, we will take a closer look at a comprehensive list of the best microbrands that are on the market at varying price ranges." 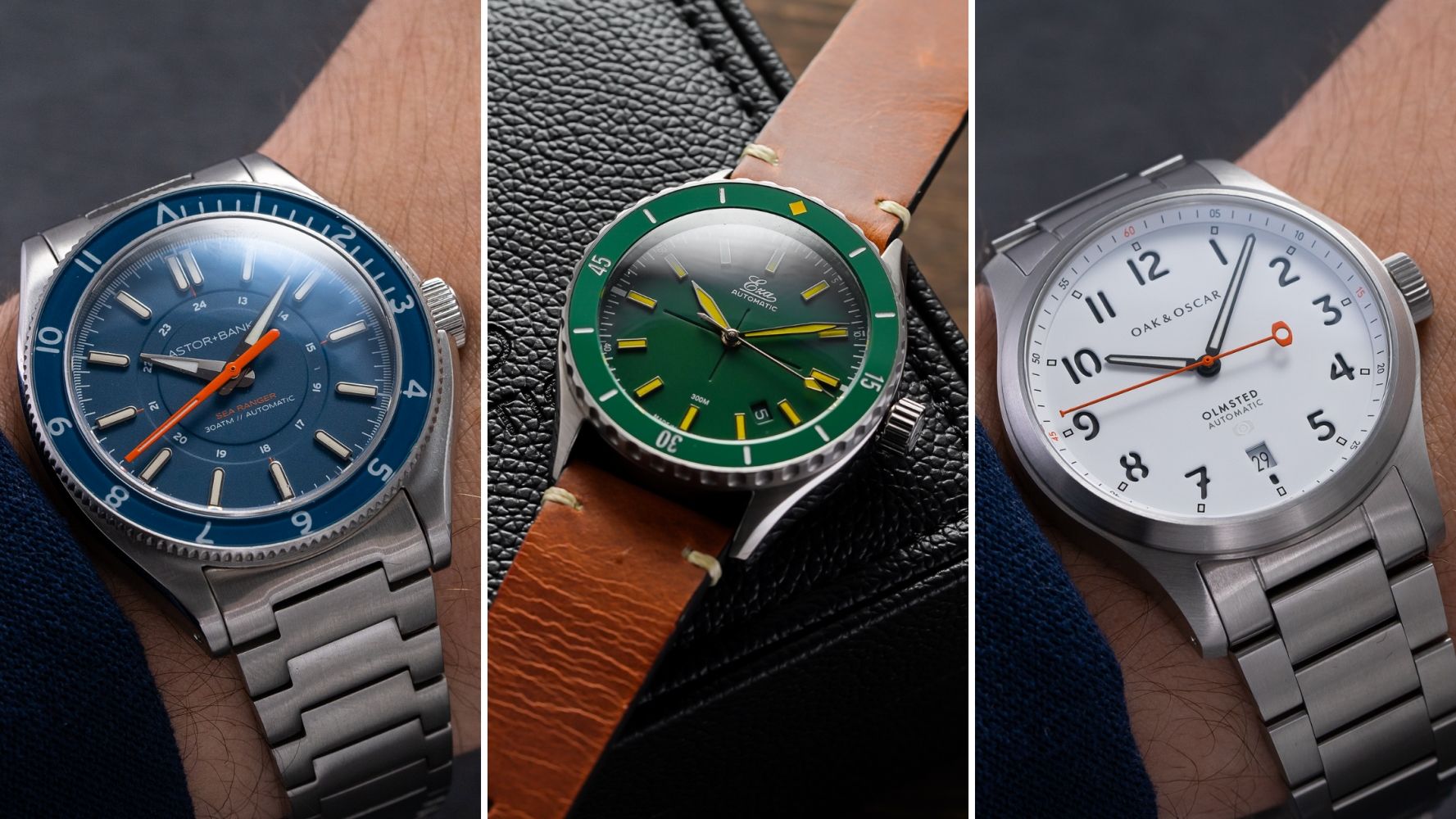 He can't be fucking serious.


You know the biggest problem with "watch journalism"?

There's no journalists. They're all just fan bois. Ghahhhh.
WatchGeeks will go down in watch forum history as the worst watch related site that existed. Trolls, threats, bannings, and owners and sponsors talking out of their collective asses to fleece people out of hard earned money. - Koimaster

Some brands I wasn’t aware of, several have bought from. No micro has stuck for me.

Nodus has been the closest to a keeper, if only that salmon dial was a bit darker. Wouldn’t hesitate to have it be my only watch though. Very well made.

However, several of the brands he mentioned make some watches with QC issues, Melbourne Watch Co especially. I thought they were a mushroom brand started up by that shitty watchgangbang scam?

I do have an issue with accepting the word of someone who writes about watches he just happens to sell.
"I always complain because I'm old now and everything hurts."-Mike Rowe

You know the biggest problem with "watch journalism"?

There's no journalists. They're all just fan bois. Ghahhhh.

Exactly.
Meritocracy: the privilege, wealth and advancement of those who chose their parents wisely.

Micro all right. Ive only heard, owned or read about 10 of the 40.
NRPI here.

Well, it is a review of just micro brands. Some of them are nice, most I've not heard of. The SW-200 movement seems to be popular among these 40 listed in the article.

What would be on a 20 Best Microbrands list made by Watchlords? Or perhaps a 10 best list? I wouldn't want anyone to run out of cabriole table legs. ;-). Microbrands stacked against each other, not against Patek Philippe or Omega.

I only have one of the above brands; a Dan Henry I bought from another Lord. No complaints so far but I'm new to the game. The pictures make a lot of them look better than they turn out to be in real life and with a lot of them doing only small batches, their prices are too high for what you get.

I'm currently wearing my only other microbrand; an Undone quartz chronograph with Snoopy waving the flag while wearing his ACES space suit (the orange one). No hands have fallen off, no paint has begun flaking, The price was very competitive with established watch companies, too.

As for the "reviewer" selling some of the watches he reviewed; it could be he sells them because they are worthy of being on a "Best of" list. After all, who besides those on tv really want to sell crappy watches? I do read those reviews with a jaundiced eye but don't dismiss them entirely.

My positive experiences with micros:
Nodus
Phoibos (greatly improved over time)
Zelos
Bernhardt
CW (I hardly see them as a micro anymore though)
Obris Morgan-stock bin parts but well enough made
Steinhart-well made but cases tend to be flat and bezels are way too tight, across the board
Dan Henry-well made, very reasonably priced
EMG/HKEd-in a league of their own. Phenomenal

Not so great micros:
Straton, great design but felt cheaply made
Deep Blue, oversized and the same thing over and over but well made
Squale-way overpriced for what they are

Out of all these, the only keeper is the HKEd, for me at least.
"I always complain because I'm old now and everything hurts."-Mike Rowe

Not sure what it takes, but he says he is now an AD for Mühle Glashütte, Marathon, Luminox, Laco, Junghans, Maurice Lacroix and others. All are available for purchase on his site. YouTube must not have been paying the bills.
Post Reply
8 posts • Page 1 of 1