I got distracted about this due to personal matters related to my friend Boomer and holiday shopping but on the 16th of December 2018, Watchlords turned 9 years old. Given that I was not sure it would survive past the first few months way back when I have been pleasantly surprised over the years. The designated "Hater" site is still around the ship of fools known as watchgeeks is long dead.

I remember the first couple of years here when members were targeted at other forums for being here. Many were banned by the thugs over at the defunct inflicta watch forum for joining here. Others were mocked for mentioning the place and dead koi photos were popular at one point. Thug wannabes like ripped in the ass ron, 500mm or better, George the informant and a few others incited the lemmings who could not pull their collective heads out of their asses to pile on members who spoke about WL. In some cases the thugs that ran the place changed sig files of active members or read their private messages to warn them or ban them for what was said.

Over time the inflicta forum imploded with the ghost membership never registering at real watch forums such as this or others out there. Over the years the members here have donated thousands to charity with the donations of their own items and bidding to raise funds for groups such as Shriners, St. Jude's and others. Seems we are alone to this day in doing this. Some group of haters we have here. We have lost members over the years to death as well as to Facebook or changing interests. We have had some leave due to politics as well. A long time member was banned from the site for reasons I will not go further in disclosing. It is a reflection of the world around us IMHO. Not always our first choice but circumstances dictate outcomes here and elsewhere.

I for one am still waiting to see granny lalo and her original designs of the Russian Diver and those Inflicta Swiss Factories.

We have also gained new members over the course of time, some bad but most become members that are respected by the rest of the outcasts in the deep end of the pool. I have no intention of boring folks with this so, thanks for making the place home to some of the most interesting and learned WIS on the net.

In all seriousness: Not bad. Thank sfor letting me hang about, and hope maybe that number gets doubled. Or tripled.
Last edited by TemerityB on December 18th 2018, 1:53pm, edited 1 time in total.
WatchGeeks will go down in watch forum history as the worst watch related site that existed. Trolls, threats, bannings, and owners and sponsors talking out of their collective asses to fleece people out of hard earned money. - Koimaster

And you've outlasted the lot of them.

I just looked and I've been here just over 8 years. I recall that you specifically warned me that joining under the same or a similar name would get me banned. I'm not sure if I was more skeptical or just didn't care but, sure enough, an "another watch lard busted" ban notice soon followed.

I tracked this forum down based mostly on direct, some might say "merciless", reviews and exposure of dubious brands and claims. I was mostly unaware of the personal history of bullshit flowing from WG. I might well have fallen into the trap of asking "why all the hate" but for the abundance of trolls asking the same thing which spared me the embarrassment and provided education.

I remember when there were just a few of us here. A bunch of forums have come and gone and many that were here 9 years ago have withered up and died. Wherefore art thou Alan (Darth Neo), Oscar Gaspar , Weenson Oo, John Holbrook,Don Ruch, Randy Rush et al?

Who wooda thunk a few old farts would get together 9 years ago and still be going strong today?

Thanx for having us..

This place has been a source of joy and upbeatism for me. Some of the shit I've been through can be a Debbie downer. Thanks to Alain and all you kids. 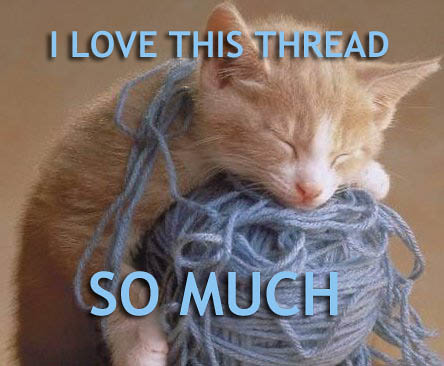 Just like the watches we cherish, I hope this site out-lives us all with minimal servicing required. Cheers Lords!

Congratulations. That's staying power. I was banned from 2 sites for joining here. I don't even remember what sites those were called.
Before you criticize a man, walk a mile in his shoes. That way you'll be a mile away and you'll have his shoes.

Looking back a ways, it's interesting all the other sites, tainted brands and hucksters we've tangled with, and some of which now reside in a shallow grave in the Pine Barrens:

While this is certainly a long list, it also certainly isn't exhaustive. I'm sure there have been others we've disparaged, called out, or simply fucking bloodily murdered.

But also important is pointing out the very many fine members here who have donated and bid on very many interesting and fine watches and objects d'arte, the proceeds of which have helped plenty of sick kids, people who needed help, wounded warriors, etc, and as Alain points out above, Watchlords is the only watch forum on the web that does this on a regular basis.

Also important are the members who are no longer with us, but helped shape the forum into what it is.

And through it all, we have not taken corporate sponsorship--we are self sustaining. We bow to no one. We are the Watchlords, and we are legion.
I find tv watches to be like the guys who raise their truck you need a fricken ladder to get in. It’s a attempt to look cool... that’s all.

Thanks to koi and the folks who got tired enough of the bullshit to do something about it---- and all just for the obsession with the goddam things- not an ad, not an obligation- just the degrees of freedom to call them like we see them and it's been more fun than a human being should be allowed to have to stand up for the ugly truth and laugh my ass off with the best in the bidness.

Thanks to everyone (especially Alain) who make this place what it is.

Don't post much, but I check in virtually every day, and have since Day One!

conjurer wrote:and some of which now reside in a shallow grave in the Pine Barrens:

Yep...... that first trip with conj & feathers was both exciting and fulfilling at the same time.

Thanks to all those who paved the way!

Though I got a late start here, its been my only watch forum of choice!
.

Conjurer how could you forget Avi? I was a little late to the party. Miss some of the originals Eddie,AH. Definitely some sadness with are retired lords. BigEd someday we will be able to take that fishing trip.
To disarm the people is the best and most effective way to enslave them. George Mason

ocean wrote:Miss some of the originals Eddie,AH. Definitely some sadness with are retired lords. BigEd someday we will be able to take that fishing trip.

WatchGeeks will go down in watch forum history as the worst watch related site that existed. Trolls, threats, bannings, and owners and sponsors talking out of their collective asses to fleece people out of hard earned money. - Koimaster

Over the years members have come and gone. Many have left for facebook and others were here because they wanted to be free to say what they felt about tv watch brands and such.

Who knew it would last? Some good folks here. Salut.
See you're WRONG I don't work at all, I'm a Democrat. The immortal Horse Feathers as spoken to Chucky Ninetoes.

Been here a little over five years...didn't realize had been that long. Came to an unknown site to bitch about and disparage Stan Botosh and Deep Blew.

Didn't know shit then, don't know much more now but have learned damned near everything I know about watches from you guys.

Even though I am down to three total watches including the forthcoming HKEd diver, I still consider myself a fan and enthusiast. And this will be home as long as I convert O2 to CO2.

Cheers to all.
Last edited by biglove on January 5th 2019, 10:29pm, edited 1 time in total.
"I always complain because I'm old now and everything hurts."-Mike Rowe

I've been on a lot of forums, even am admin on a few, and it's refreshing to be a member on a forum ran like this. Refreshing indeed. Members here have been good to me, even when I was an idiot. So, thank you Lords for allowing me to learn from you. I believe I'll stick around a while. One of these days my hard head will learn some things about watches............I do love the pics too. Thanks again for running a no nonsense forum where bullshit is called out for what it is, and members deal with trolls forthwith.
Respectfully,
Martin Ley

Been here for two years now, way less than most of the regulars. And it's been a great two years for me at this fine joint. I can't possibly imagine how much fun I'd have missed, if bobbee wouldn't have told me, "Mike, if you have the balls, join Watchlords." I have, so I joined.
You cannot explain away a wantonly immoral act, because you think that it is connected to some higher purpose.
Captain Jean-Luc Picard, Star Trek: The Next Generation
Post Reply
21 posts • Page 1 of 1

Return to “The Koi Pond”