Have a love for a bygone era? Discuss you vintage loves here!
Post Reply
2 posts • Page 1 of 1

In the meantime...
My watchmaker came for a visit, unfortunately with less good news. He had two very nice Seiko Business (late 6oies), which he could not figure out. One missing a spare part for the day advance (I do agree they are difficult to source), the other is running, but not very accurate - and he kind of can not figure out Seiko movements. It appears a general issue with European watchmakers that they think anything vintage from outside of either Switzerland, or Switzerland, and sometimes Germany or France is below their dignity.

Also on my three (!) pending Chronograph projects I am still back to hunting proper dials or other topics.

That did not stop me from buying this case, however: 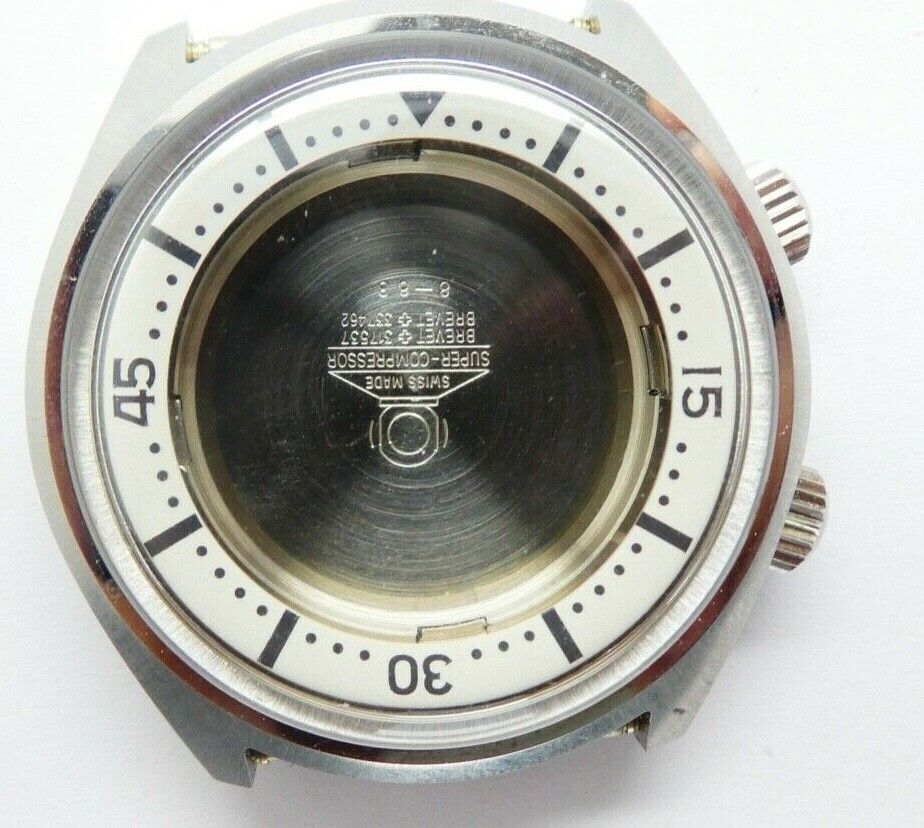 For a while I had been lurking for another Enicar, a "Sherpa Super Dive", but honestly - there are too many lurking, the times for decent deals on Sherpa are over (apart from the late "Sherpa Star", which is too much 70ies), with the only nice watches left being handwound (which ARE nice, but I have one already). 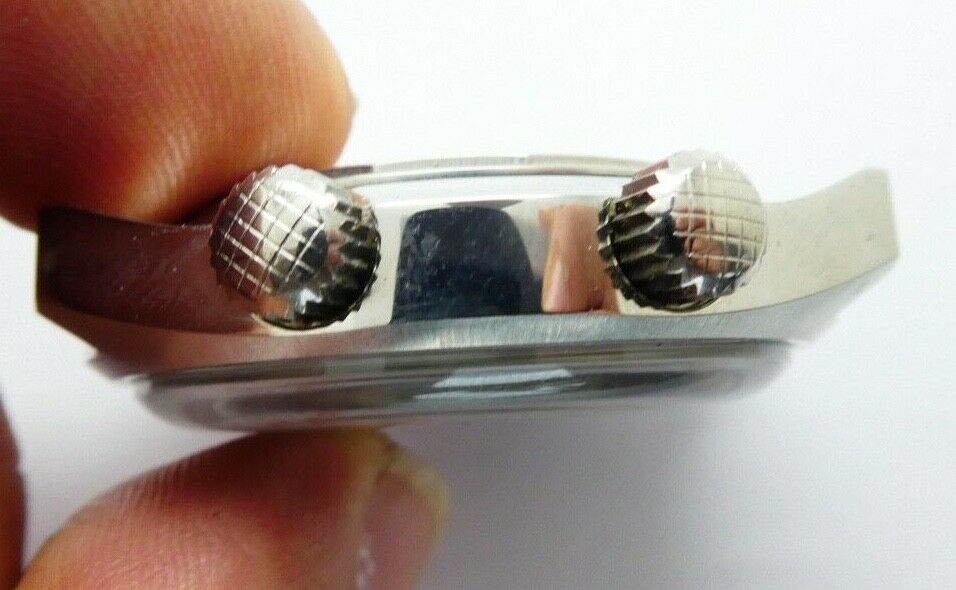 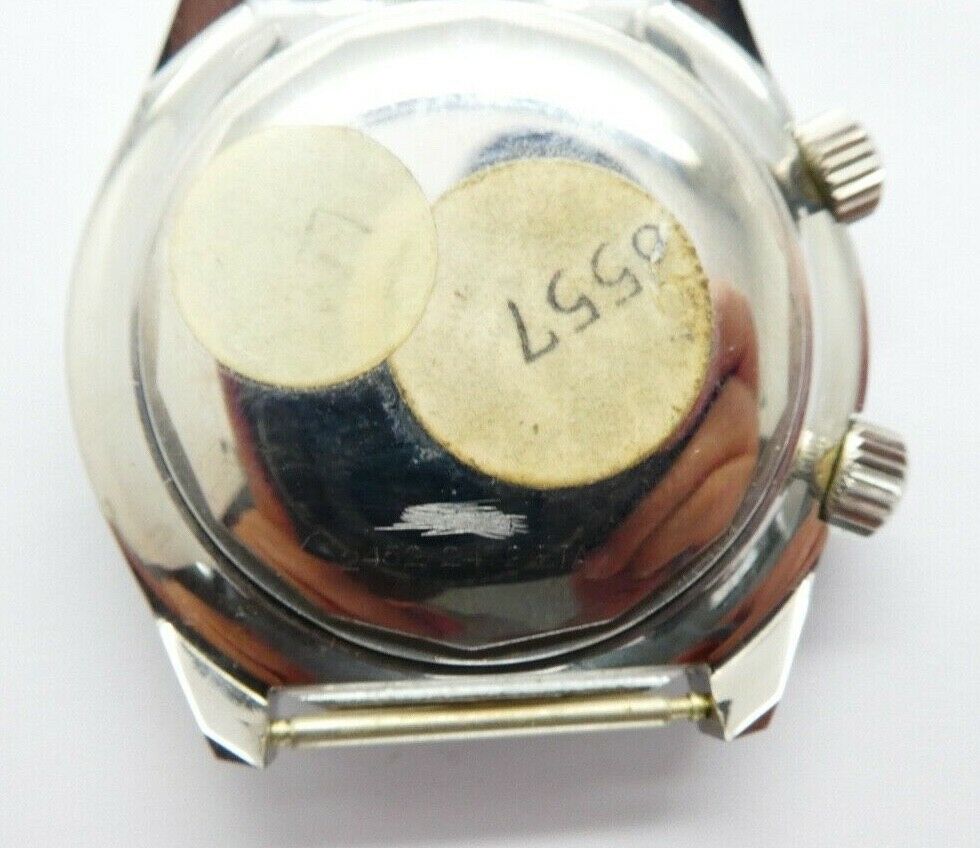 The case back reveals, that it was built for ETA 2452 or 2472. Both are common, in fact I think I have a nice rose-gold plated one in the drawer. With an inscription as generic as that, the case was very obviously either a sample, or for sale for smaller independent watchmakers. Some bloke has got the idiotic idea to scrape off the serial number of the case. I will need to have that area gently polished. The number is still visible, but only barely.

So what is going to be the big challenge here? Of course once more the dial. It is no uncommon that a movement of the mentioned series was used in dual-crown super compressor cases, but a standard dial won't do. The day window would then be sitting at the position of the lower crown (ok, no problem with that), but mostly any riveted on hour indexes would not sit correct. So short from finding a suitable dial or a broken down object for scrapping, I will probably source a dial without these bolted-on indexes and have it printed to my own specs. Last but not least, if I should find the "otherwise perfect dial", I might also consider to cut of the dial feet. Dial feet can in fact be soldered on again without damaging the paint of the dial. Or let's say, I knew an expert watchmaker who could. Unfortunately she died just recently, which was a great loss for the German vintage scene. Anyways, there are other ways to mount a dial, in particular two drops of superglue will help (and suprisingly enough, You can even get it off again). Note - that does not mean that the date-window will then necessarily fit good. Other date disks are available of course.

So this is also going to take a while. But I will keep You updated.

Re: Another project - 42mm Super Compressor

The Odyssey continues...
"Nobody makes a turd like that and lives!"-Mike Rowe, Dirty Jobs
Post Reply
2 posts • Page 1 of 1