Have a love for a bygone era? Discuss you vintage loves here!
Post Reply
10 posts • Page 1 of 1

after a couple of months of rather strict abstinence, the old urge to go hunting came back. Last year I had already been out to find a new "pre-loved" stainless steel case for a Valjoux 7765 handwound Chrono, and finally found a nice one - and bought it. But it was not meant for the 7765 anyways, as it turned out...

Just the other day, early in April, I went shopping - and for no particular reason I came across Valjoux Chronographs with different calendar complications. In the end I bought two, from an Italian "semi-professional dealer".

Here is the first one: 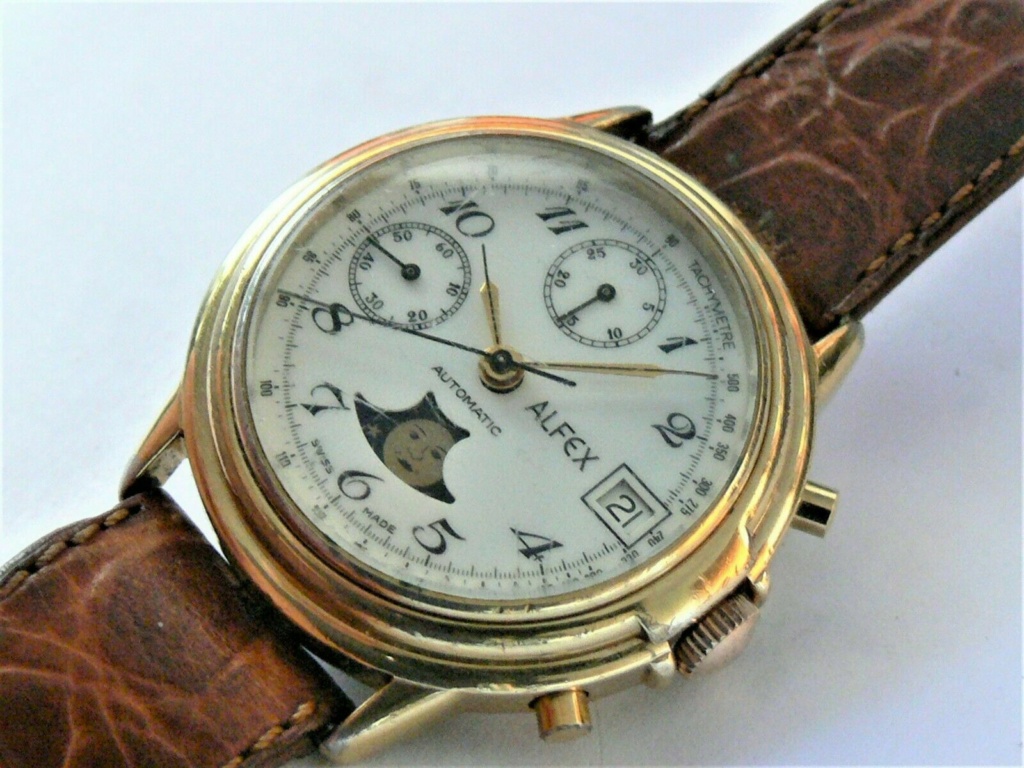 It is obviously gold plated, a Valjoux 7758 caliber - not really rare, but far from as common as a 7751 (You may want to go google it Yourself).
I did take on the dial immediately, nice and clear, with what at least looks like china surface (china as in the tableware, not the country). However it was also visible that the gold plating did start to wear off, and anyways I am not a big fan of gold plated watches. The case also shows some areas of true corrosion, which can occur when both the gold plating and the underlying first coat wear off. But at that time I still didn't have in mind to swap the case against the one already sitting in my drawer. That only occurred to me, when finding that other watch: 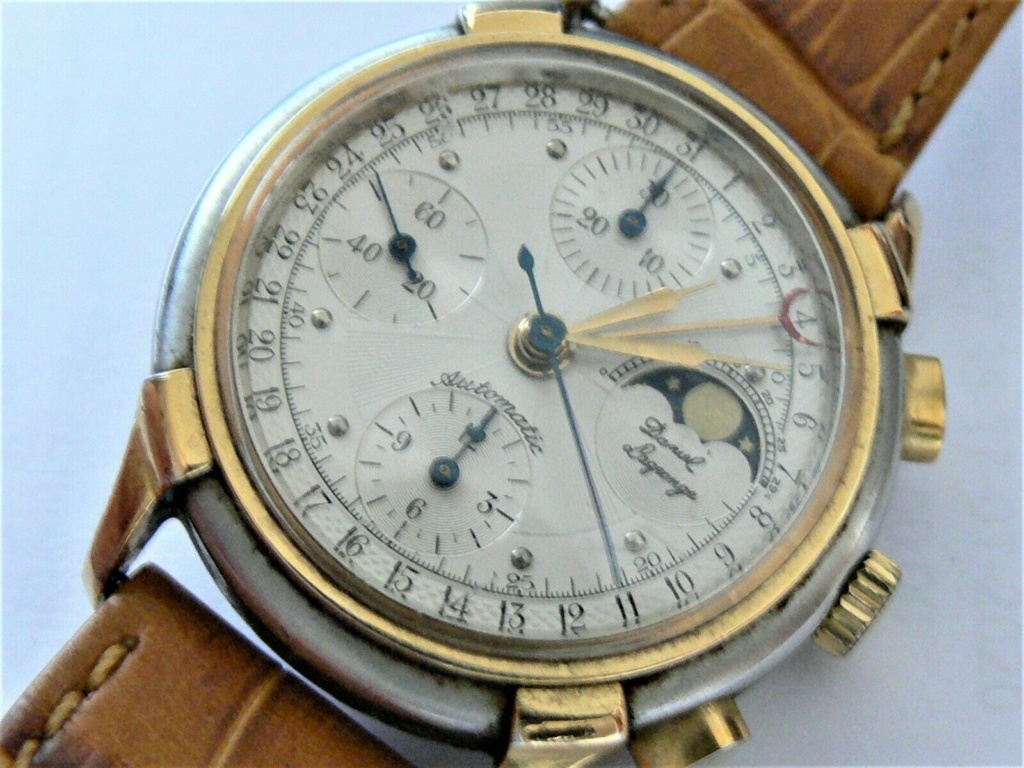 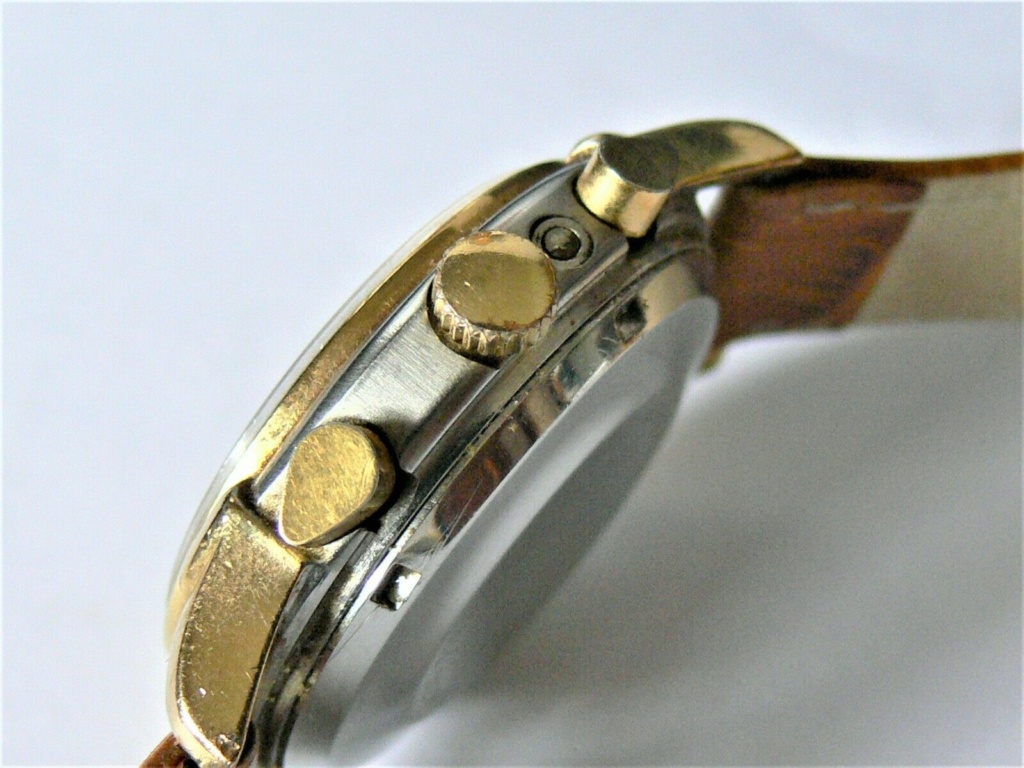 Wait - I had seen these funny looking pushers before...

Today I quickly swapped out the case: 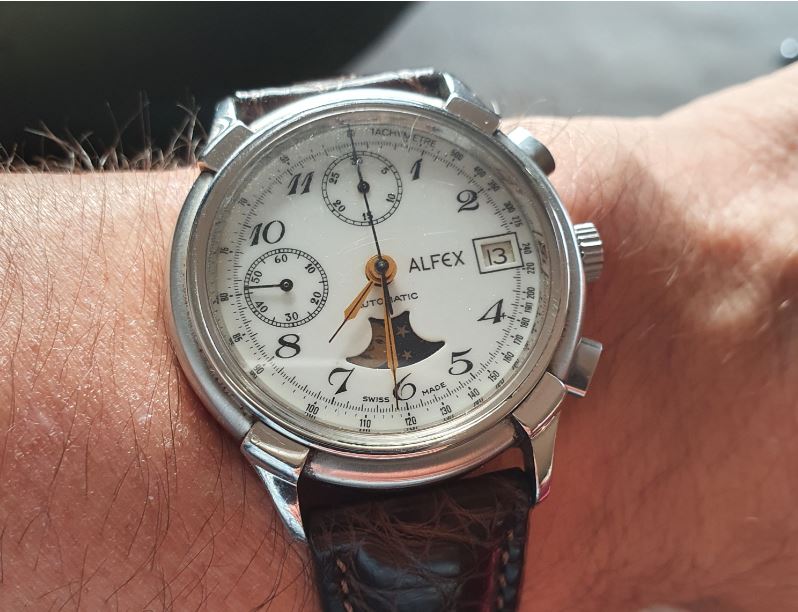 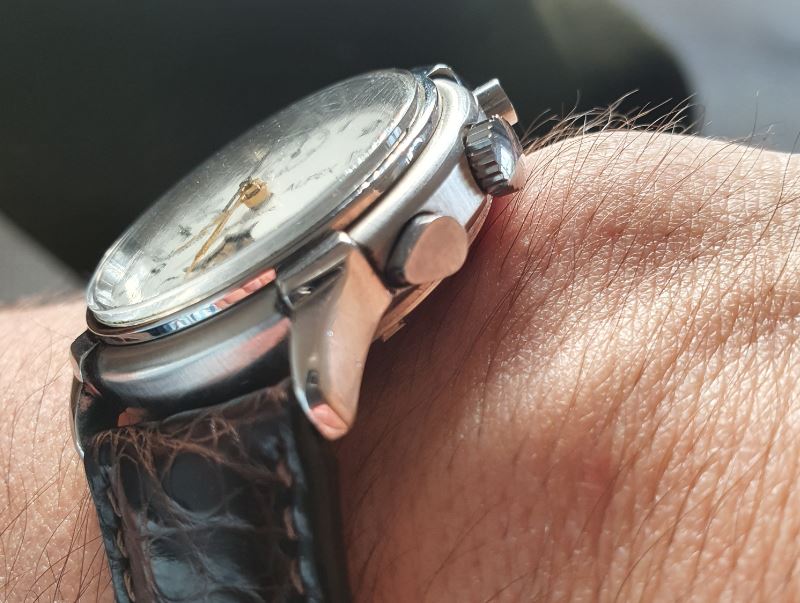 (yes, I still need to remove the movement again for a proper cleaning ).

Now that one actually makes me happy.

Now I am waiting for the Lagrange to show up as well. Here is the dial: 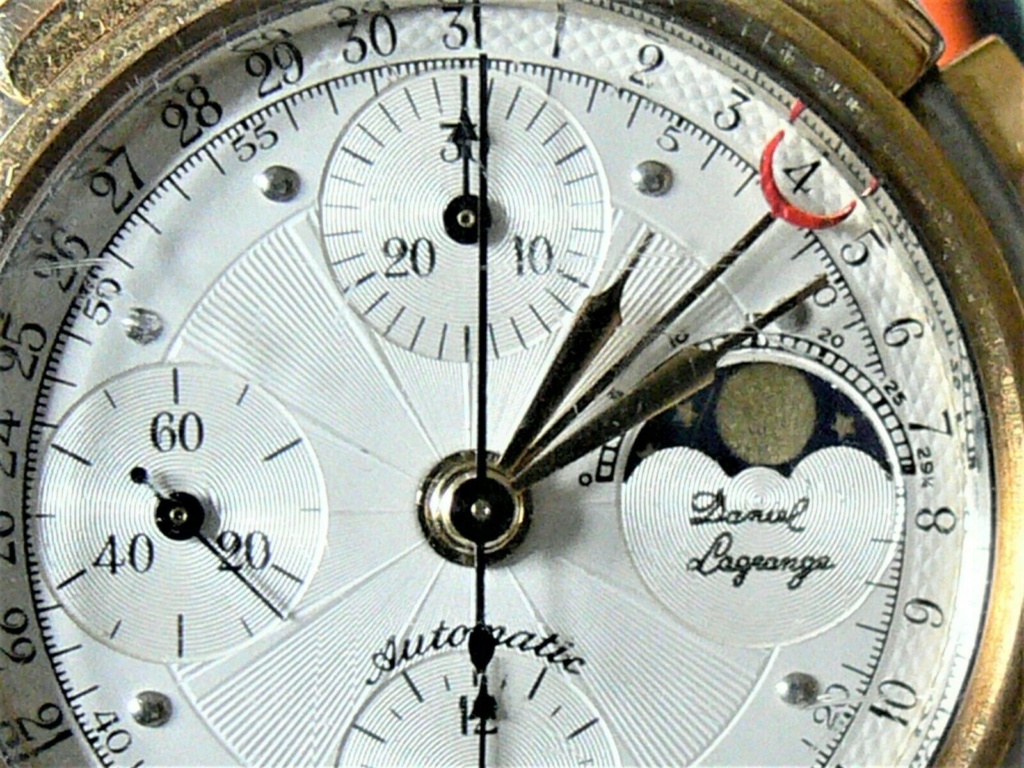 The movement in this one is - as far as I can tell - no standard Valjoux, but one of the (not so few) calendar mods which are done by some of the special shops in Switzerland - Alfred Rochat being one of them. I do totally dig the layout. The case also shows wear, and depending on how bad it looks in nature, I might swap it also. But keeping the pair of them would also kind of be nice. Although I am really even less fond of bicolor, than I am of gold plating. At least this is a stainless steel case below the plating.

I must say, that is some fine looking wrist wear after the case switch!!...you've a keen eye in unearthing hiden gems...good job, sir!!..

Those chronos make my balance staff stiff.
I find tv watches to be like the guys who raise their truck you need a fricken ladder to get in. It’s a attempt to look cool... that’s all.

Damn, but that’s some nice proper chronos right there, sir.
"I always complain because I'm old now and everything hurts."-Mike Rowe

Those are pretty cool. Are those pushers in a lock position when they're sideways or is that the way they go?

In the meantime...
The other Chronograph has still not arrived. Being caught in the crossfire of the Poste Italiane and the Scandinavian Posten is really not fun. At least today (after "only" full two weeks of transit between Italy and Denmark) the watch has arrived in the country. Typically now they will kick it around, drive across "Øresund bridge" to Sweden at least twice back and forth, toss it around there a bit before they haul it back, and then drop it off at my place. With Thursday being a bank holiday, I can be lucky if I get it next week. Let's see.
Ardnut since 1989 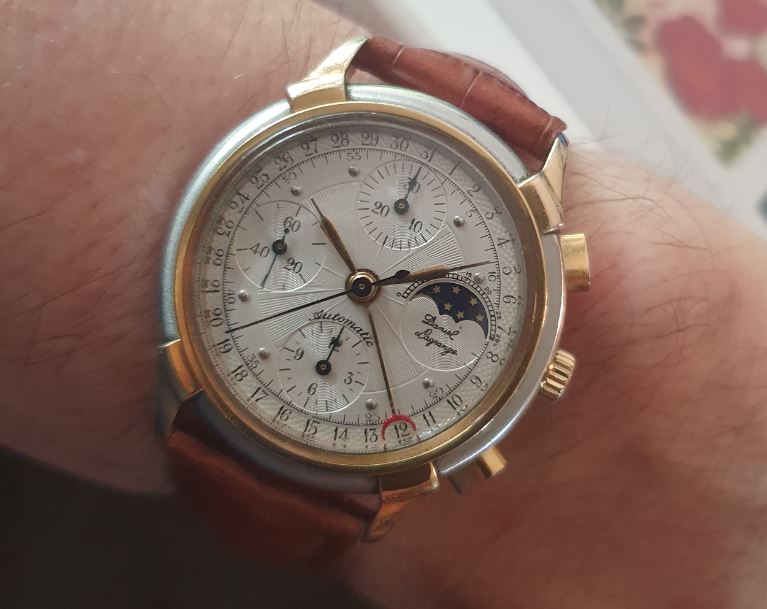 They do make a nice couple: 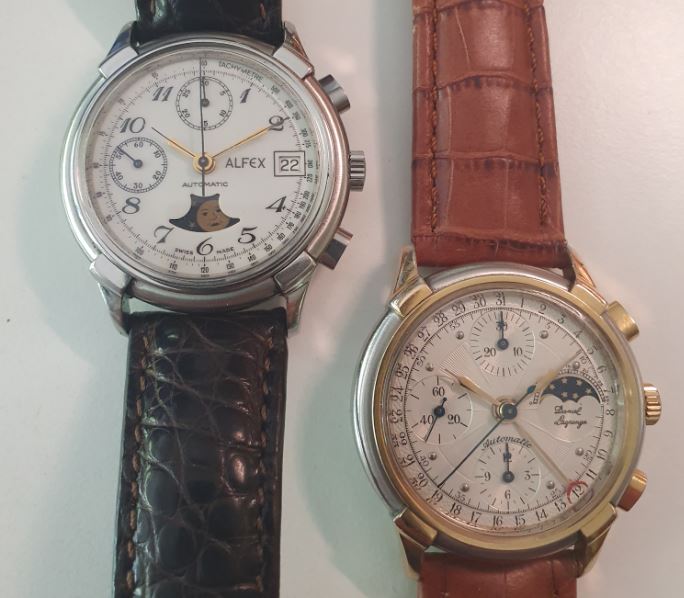 The Langrange does have this additional pusher to set both the date and the moonphase. I had to figure that out first - when only pressed lightly, it will only move the date hand. Only when pushing all the way in, the moon phase will also rock. This makes setting much more convenient than compared to the Alfex, where both are controlled through the crown. It is then very difficult to set the moonphase properly, unless it happens to be Full or New Moon. Which it is today, so I will now quickly do it on the Alfex.
Ardnut since 1989

What a pair, love the lugs and pushers.
I can't find anything on Daniel Lagrange, but Alfex is by Ferdinand Gindraux, out of Lugano and Viganello, Switzerland and was registered in 1980.
http://support.proboards.com/thread/608 ... um-offline