Have a love for a bygone era? Discuss you vintage loves here!
Post Reply
7 posts • Page 1 of 1

Vintage wristwatches and pocket watches for sale, from Bulova to Rolex, specializing in Omega.
Every timepiece is fully restored by our certified watchmaker, with original watch parts, and comes with a guarantee.
See the great Vintage Watches we have on this page, and all 70 of our Web pages !

Seems I had an experience with them years ago. Don't remember all the details, but it was not good. Guy's name was Darryll (sp?) and it involved a repair on a vintage Omega that was my mother's that never got done. A lot of back and forth and unkept promises and deadlines. His being in Canada created long shipping and delivery times and communication was not great.

Some of these cost too much in darlors.

Some of the watches he's selling don't look legit to me. The IWC "Dirty Dozen" in his offer, doesn't appear to actually be a Dirty Dozen (WWW). Given that it's a sweep second, that'd be a 6B/346 Mark XI. The problem is that the case back is all wrong - void of any issue markings, the shape is also incorrect. For that matter, the whole case is incorrect... 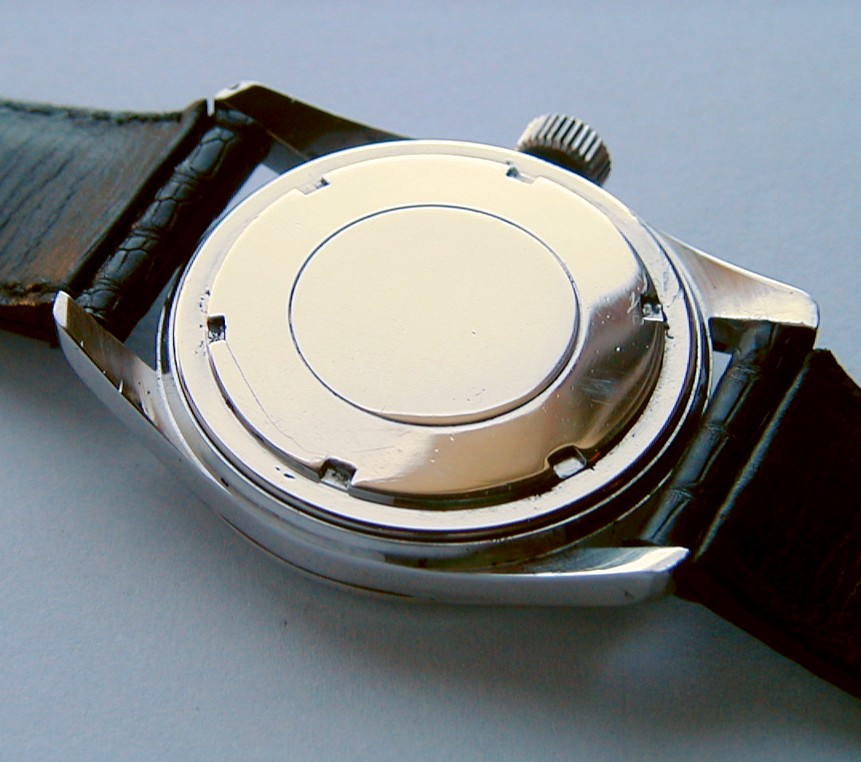 The dial which he claims to be factory original is a redial - a genuine Mark XI (6B/346) should have the 5-minute markers just a tiny bit wider than the rest. The hour marker at 12 should be a lumed triangle (with a lumed rectangle above it) instead of an Arabic 12 and the rectangular marker on the track. 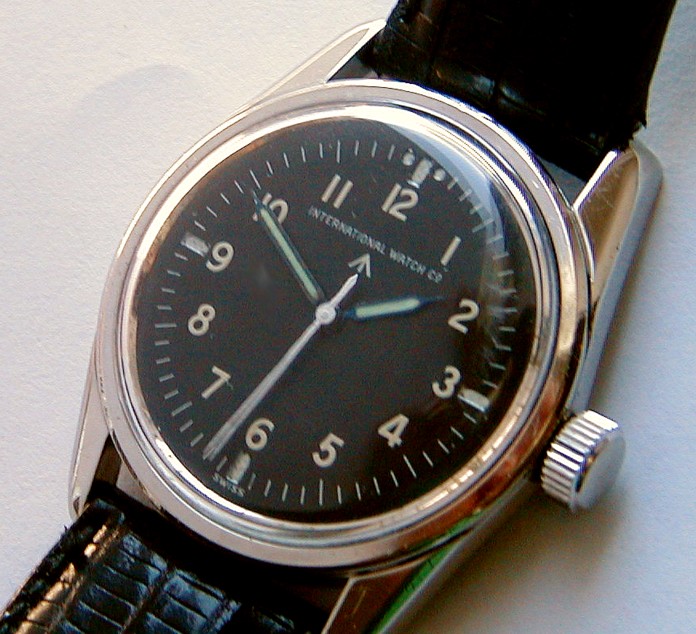 In my considered opinion, it's a fake. Sure, it used to be a legit civilian IWC at some point, but not anymore.


This "extra clean" dial on the Girard-Perregaux wrist alarm... 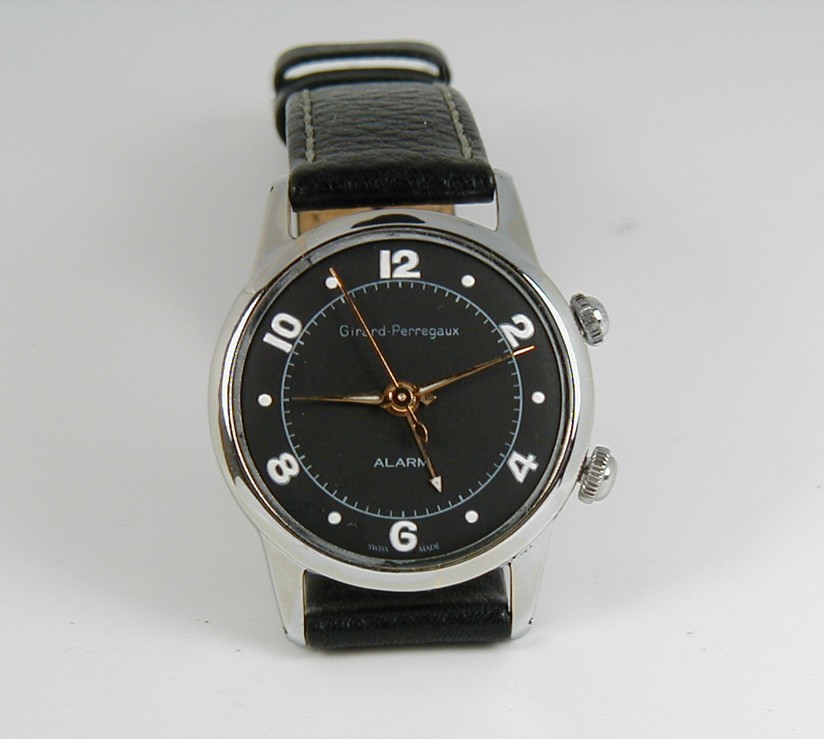 Same goes for this Omega with a "factory original" dial. 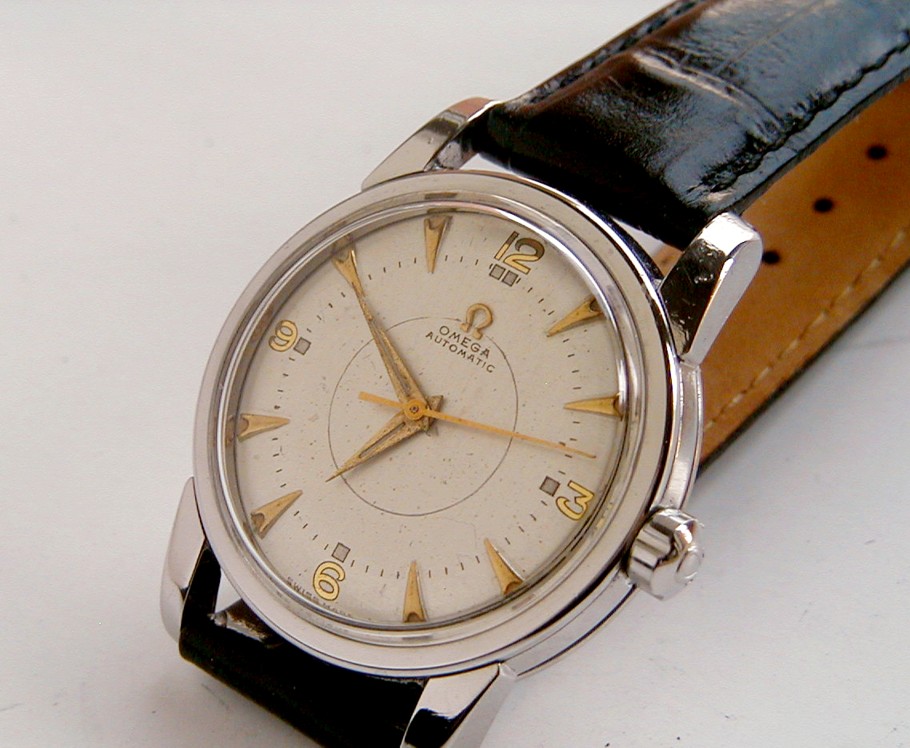 No shit, Sherlock. Doesn't take a fucking sixth sense to see that this font is absolutely fucking tragic. 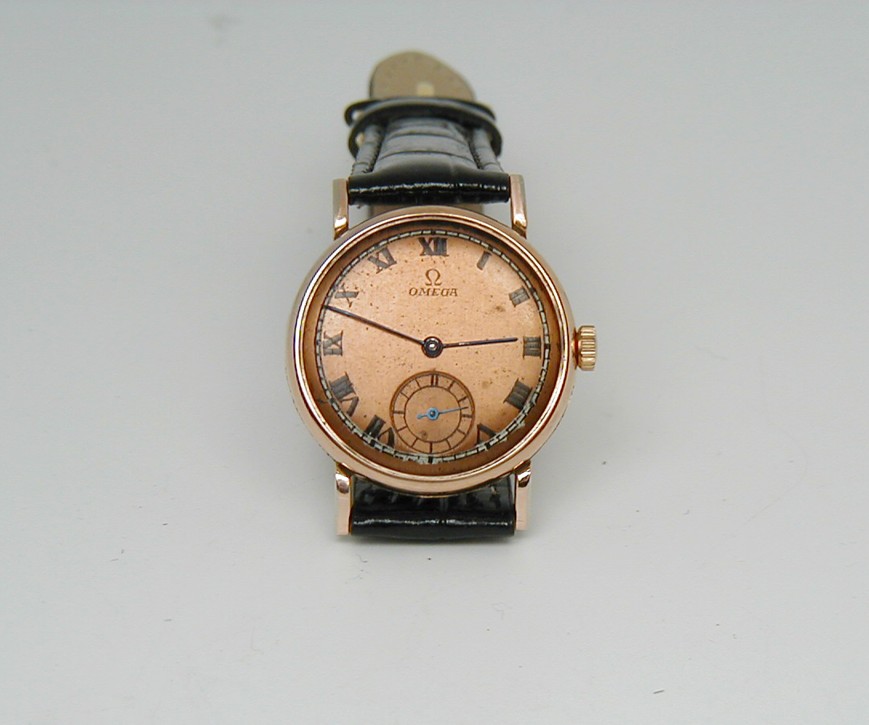 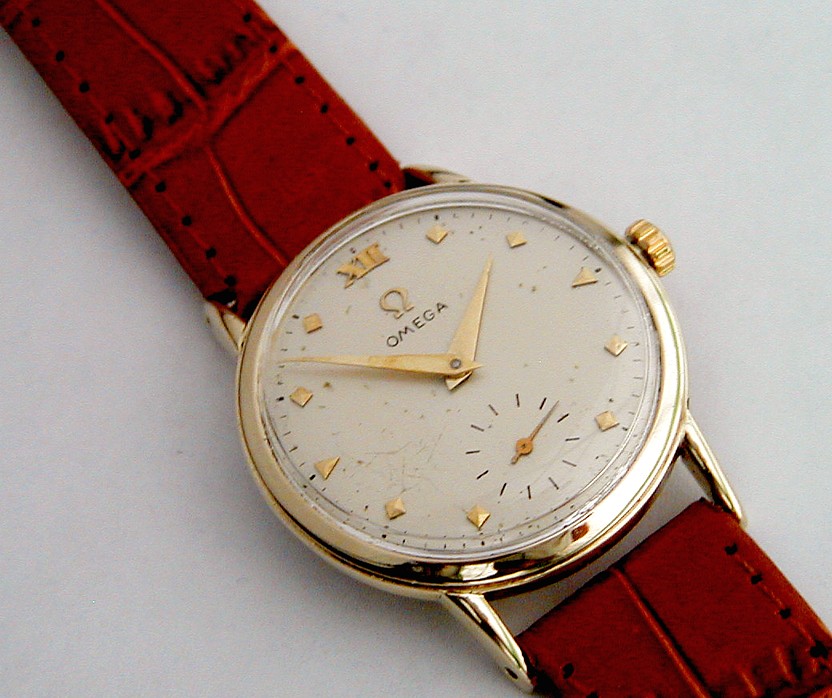 ...but the seller's claim is:
"The dial is original with patina changes and never touched nor altered."
What a load of bollocks. The font looks "handmade" with a ballpoint pen... 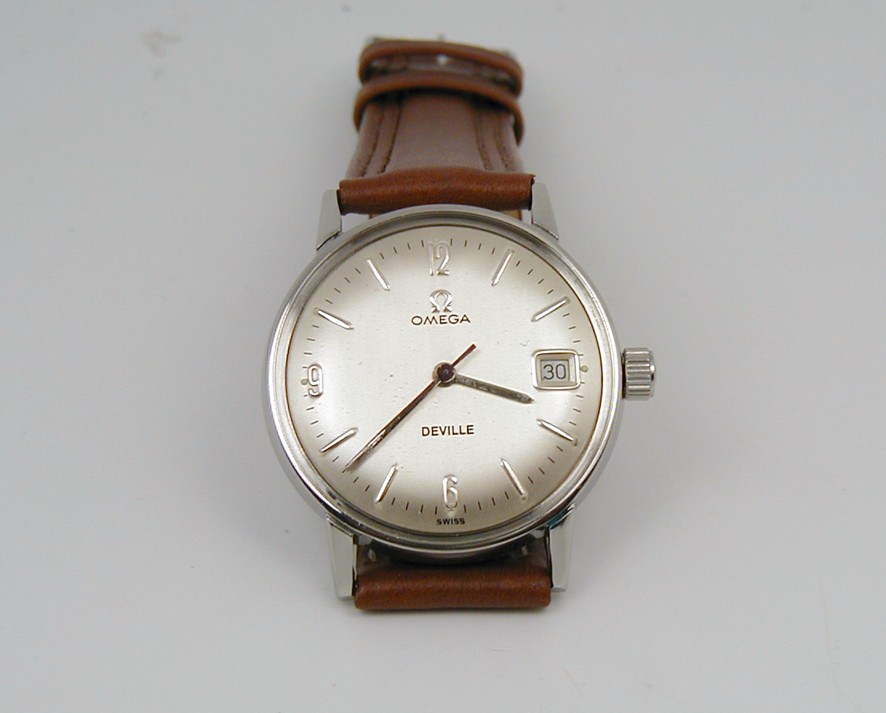 ...also is not described as a redial in the product description. In fact, the description doesn't mention the dial at all. 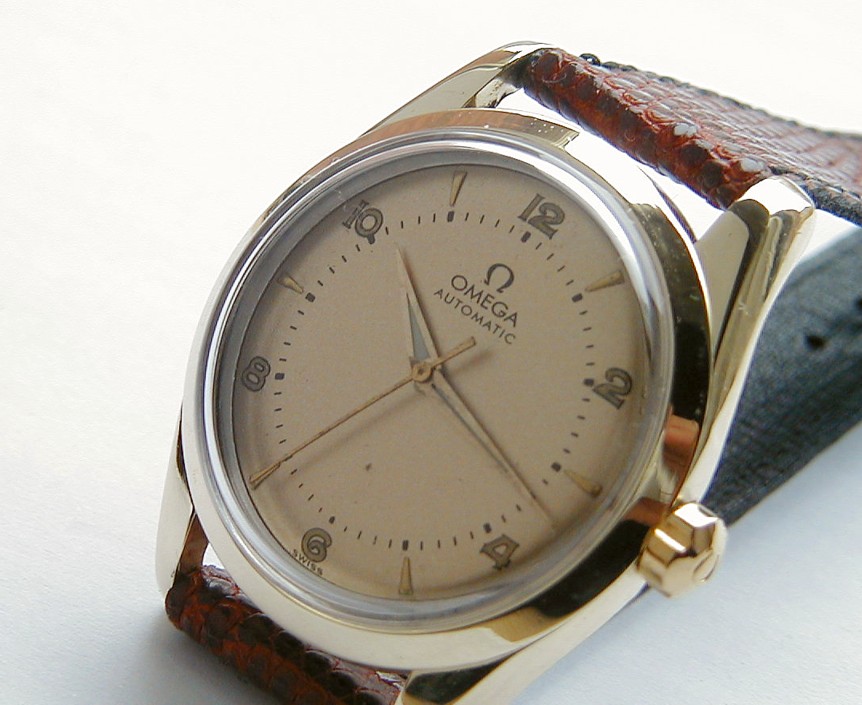 ...and the fact that it's a redial has not been disclosed. 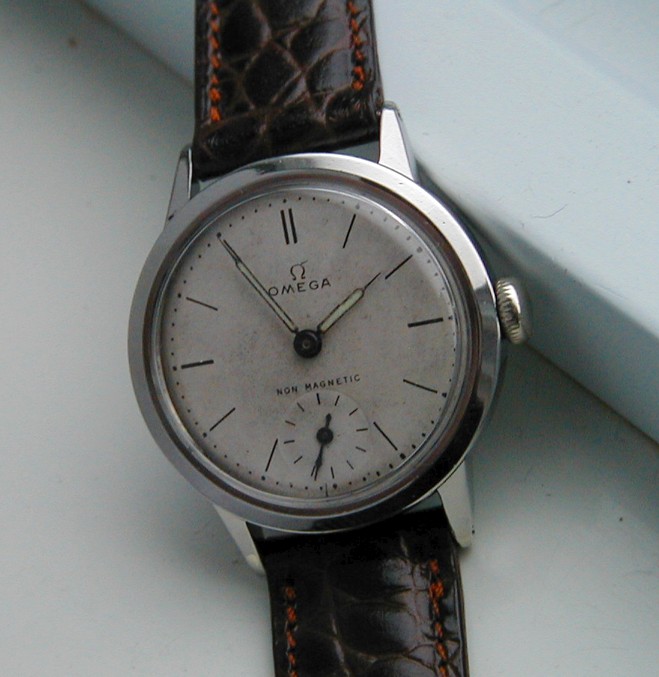 This, meanwhile, is the One Redial To Rule Them All among the redials in his offer: 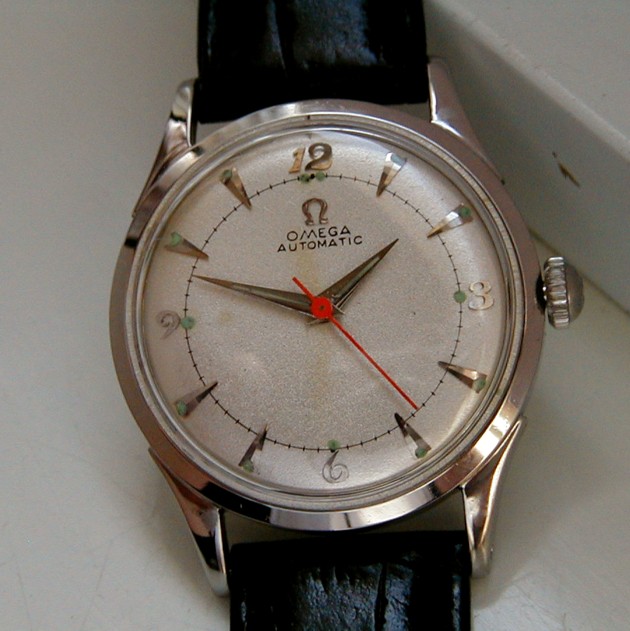 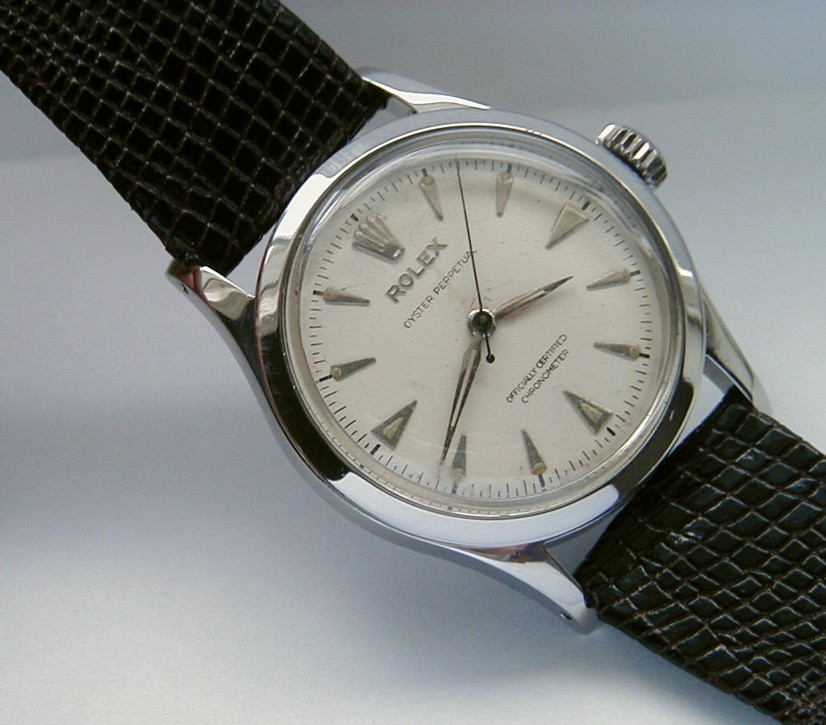 The "Oyster Perpetual" font looks incorrect and wonky, positioned too far below the applied Rolex text.

...and hell knows if the Air-Tiger name on the dial is actually correct, because the 4365 has also been an Air-King and Air-Giant reference. 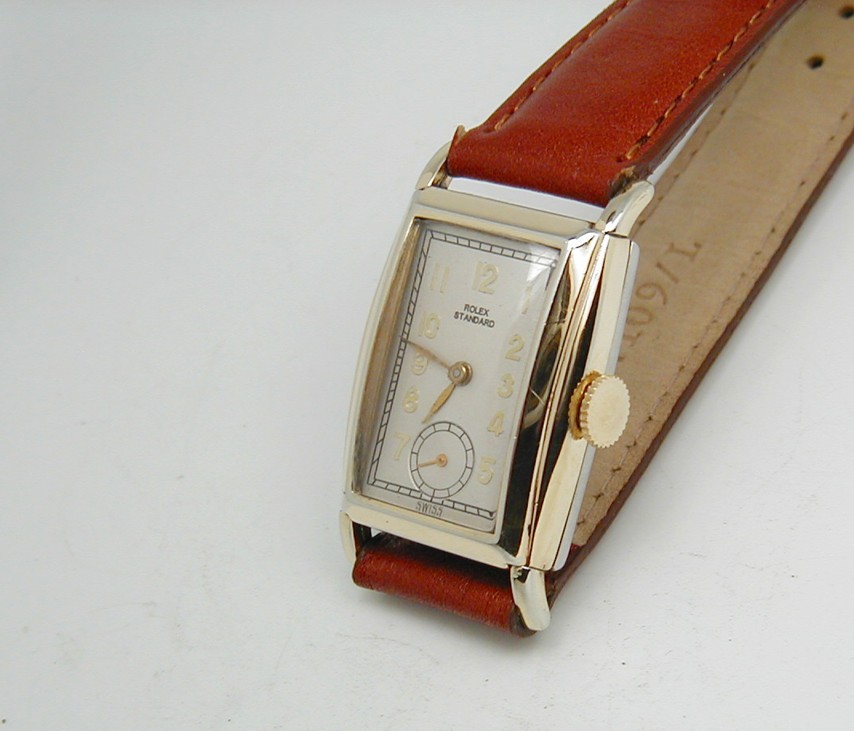 ...the font is really dreadful. 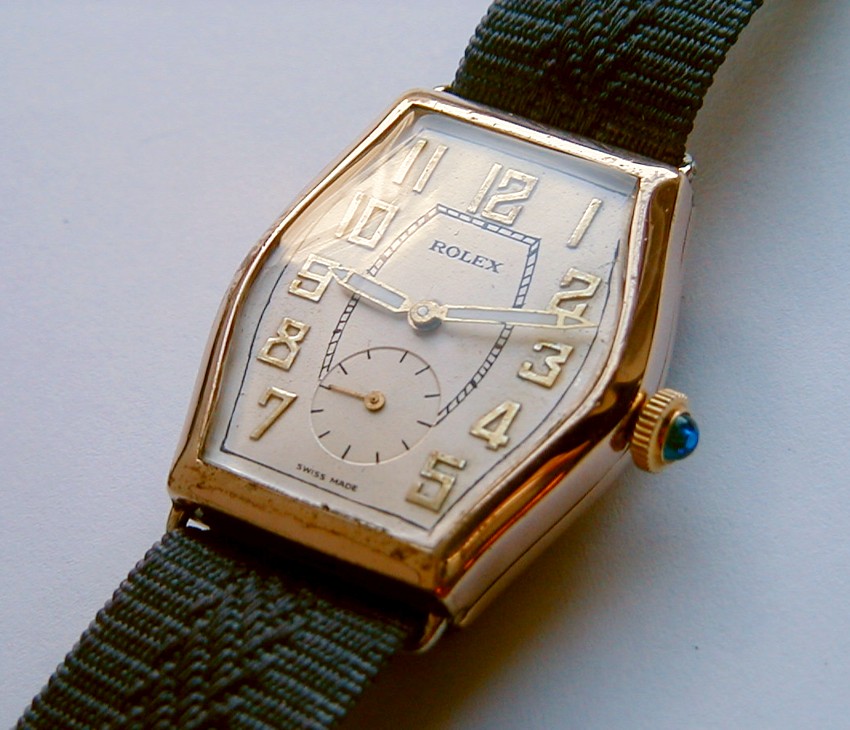 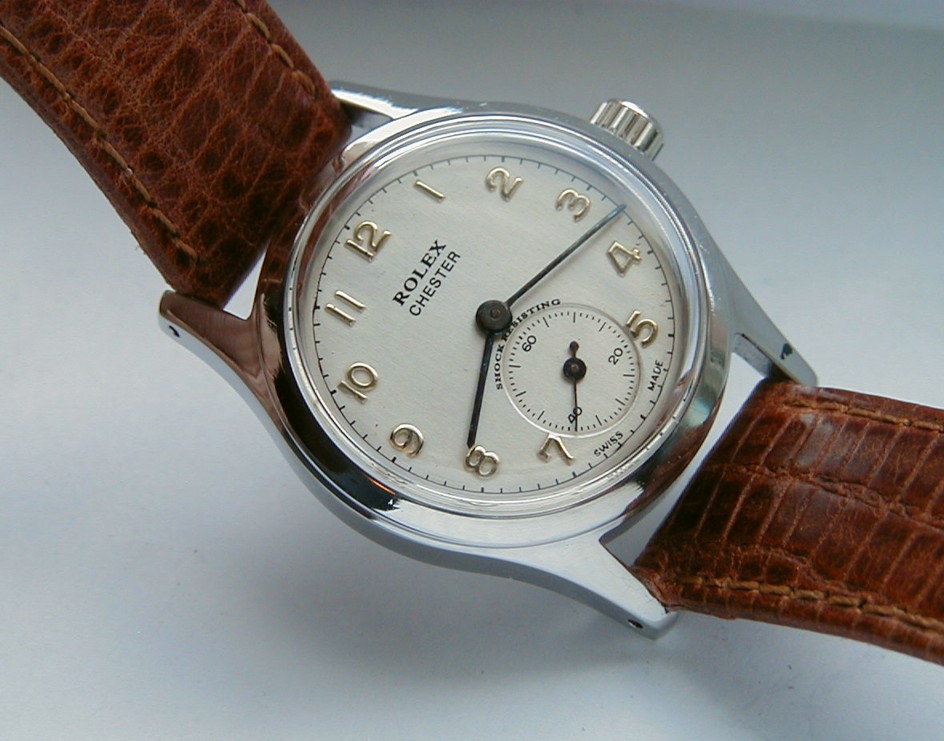 OK, maybe it's not Hindoo, but just about as inaccurately redone as Bombay Specials.

But hey, look at what sort of shit this fellow keeps calling a "factory original dial!" 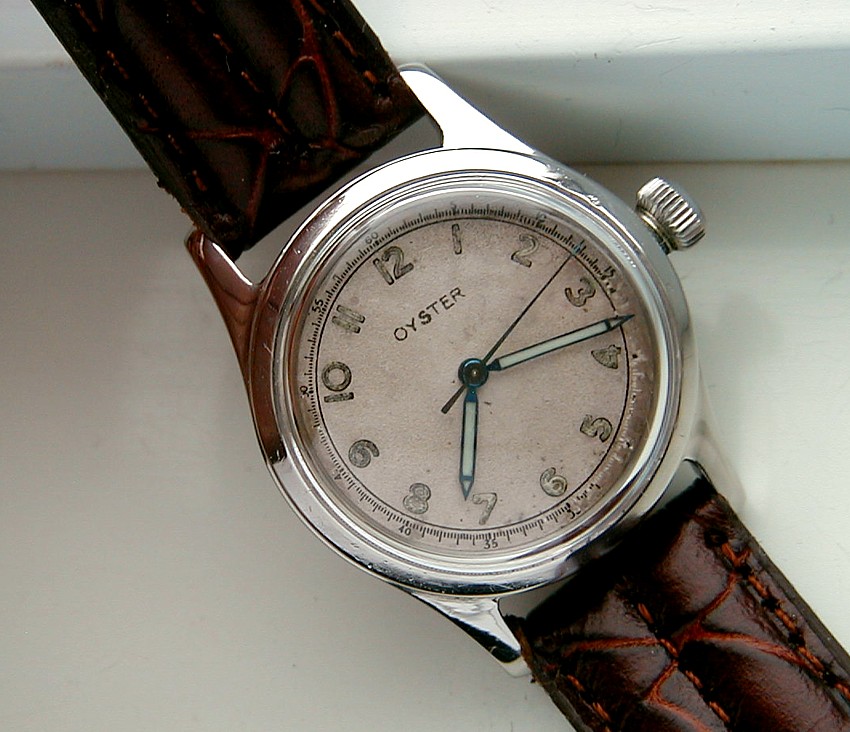 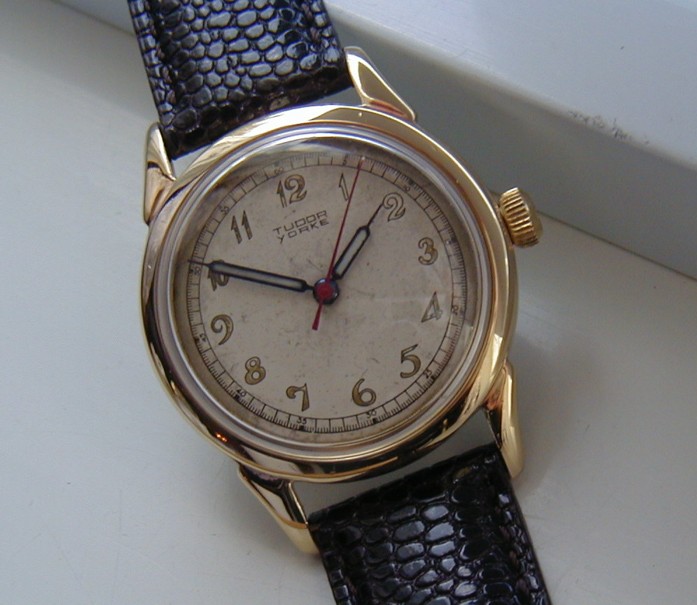 Need I say that Tudor never used a font like that? This is just pure, undiluted creative diarrhoea of an amateur dial restorer.


Fuck. Can't look at more of this dreadful fucking shit, I may fucking vomit.
I always hope for the best. Experience, unfortunately, has taught me to expect the worst.
Elim Garak, Star Trek: Deep Space Nine

So, I take it, Mr. Bloke, that you're not going to send this guy any of your hard-earned darlors?

Correct.
I always hope for the best. Experience, unfortunately, has taught me to expect the worst.
Elim Garak, Star Trek: Deep Space Nine