Cod was kind enough to send me this over a month ago. I said I would do a review on it and I didn’t, that was not showing the respect I should have shown. I have no excuse, so here it is.
George J Von Burg, Sport model.

I have loved this watch since I saw it, it was impossible to find one for sale and I heard it was 44mm. When I came to Watchlords, Cod posted pictures of his and I usually commented about how much I liked it.

He asked me for my address to send me something, I had no idea it would be this. I was floored when I saw it. He said it’s mine until I get tired of it. How cool is that?

To see this in person is really breathtaking for me, you guys know I am crazy for textured dials and this one just hits the spot for me. It is so awesome to just look at it and see the dial.
421A2A92-79D8-4D6E-ADC9-9FA2D1ACEDFB.jpeg
BECDB18F-6475-4BDD-B416-E6950CD02C10.jpeg
70935D43-F819-4035-B326-713E17296717.jpeg
Look at those hands, they are just perfect and easy to read and distinguish apart.
I love the silver dial and the unique texture. I know Cod hates pet hair in photos, but since Ringo died, Buck is constantly in my face in everything I do and he won’t take no for an answer. I have pictures from before Ringo died, but these are on my new iPad and they look so much nicer, even with black long fur.

I’ve seen it said that this is 40mm. My batteries are dead in my caliper so I can’t say for sure, but I believe it is 40mm.
The bracelet is comfortable and fits with no micro sizing. The lug to lug is probably 46-47mm, it does not overhang my wrist.
C888C90D-6156-425F-9E6B-D2983FAEE7B2.jpeg
I made this one black and white because of my sunburn from diamond and crystal mining in Arkansas. This picture was taken three days back from my trip with the new iPad camera and I didn’t think you guys would appreciate an old lady’s sunburned arm.

This watch is just awesome, I never thought one would be sitting in my watch box.
It was packaged like a professional sent it, this thing was completely safe and nicely wrapped. He also spent a nice little chunk of money to send it.
Thanks Cod, this is so cool.
You do not have the required permissions to view the files attached to this post.
In memory of TB/Phfluff, since he isn’t here to continue to give his praise, I will share it for him.

So cool. Nice watch and review Al. What a great guilloche dial!

Some crystals I found. Digging these is hard work, but it is so cool when you find one. I found a lot, this is just some. It took a bit to get the red dirt stains out of my skin and a bit longer to heal from the sunburn, but well worth the hard work. I took the neighbor kid, that helps me work on my house, with me. He found more then I did, the trip was good and inspiring to make trips accross the USA to dig for more crystals and gems.

Cool crystals - and watch of course.

Codguy is alright for a navy guy. Glad you like the watch Allison. Thanks for including the crystal pictures, I wanted to see pics the second you mentioned your trip.
See you're WRONG I don't work at all, I'm a Democrat. The immortal Horse Feathers as spoken to Chucky Ninetoes.

This place is the best. Top work Cod, a really nice thing to do for a fellow Lord. And great write-up Allison, your love of the watch shines through. Really cool crystals, can't believe how many you found. They're beautiful.
Copyright Reclinervision 2020 Productions. All rights reserved.

Knew Allison would appreciate the watch.

Case is 40mm, watch box signed by son GJ Von Burg, whom took over the company when dad passed and carries the same name.

Had never worn the watch on original bracelet, it was pulled and replaced with a Hadley Roma alligator & hornback cuff (also sent)
Here is the only pic I took of it. 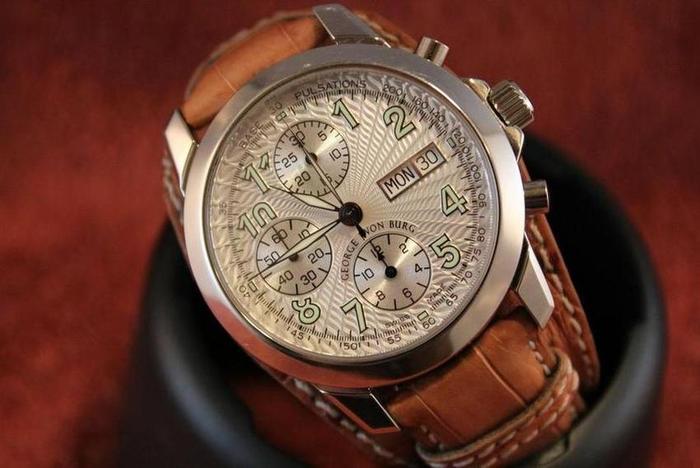 Looks nice with your other three Al.
.

jason_recliner wrote: ↑
June 17th 2021, 12:07am
This place is the best. Top work Cod, a really nice thing to do for a fellow Lord. And great write-up Allison, your love of the watch shines through. Really cool crystals, can't believe how many you found. They're beautiful.

Well, there's a watch you don't see every day.

Very cool of codguy to send you the watch. And a nice review as well. Von Burg is one of those watches you don't hear much about but I really like some of there models. I must have purchased mine around the same time because I also have a nice signed watch box.
Like it was mentioned in the review, the dials are something to see. The bracelet on mine looks almost identical too. 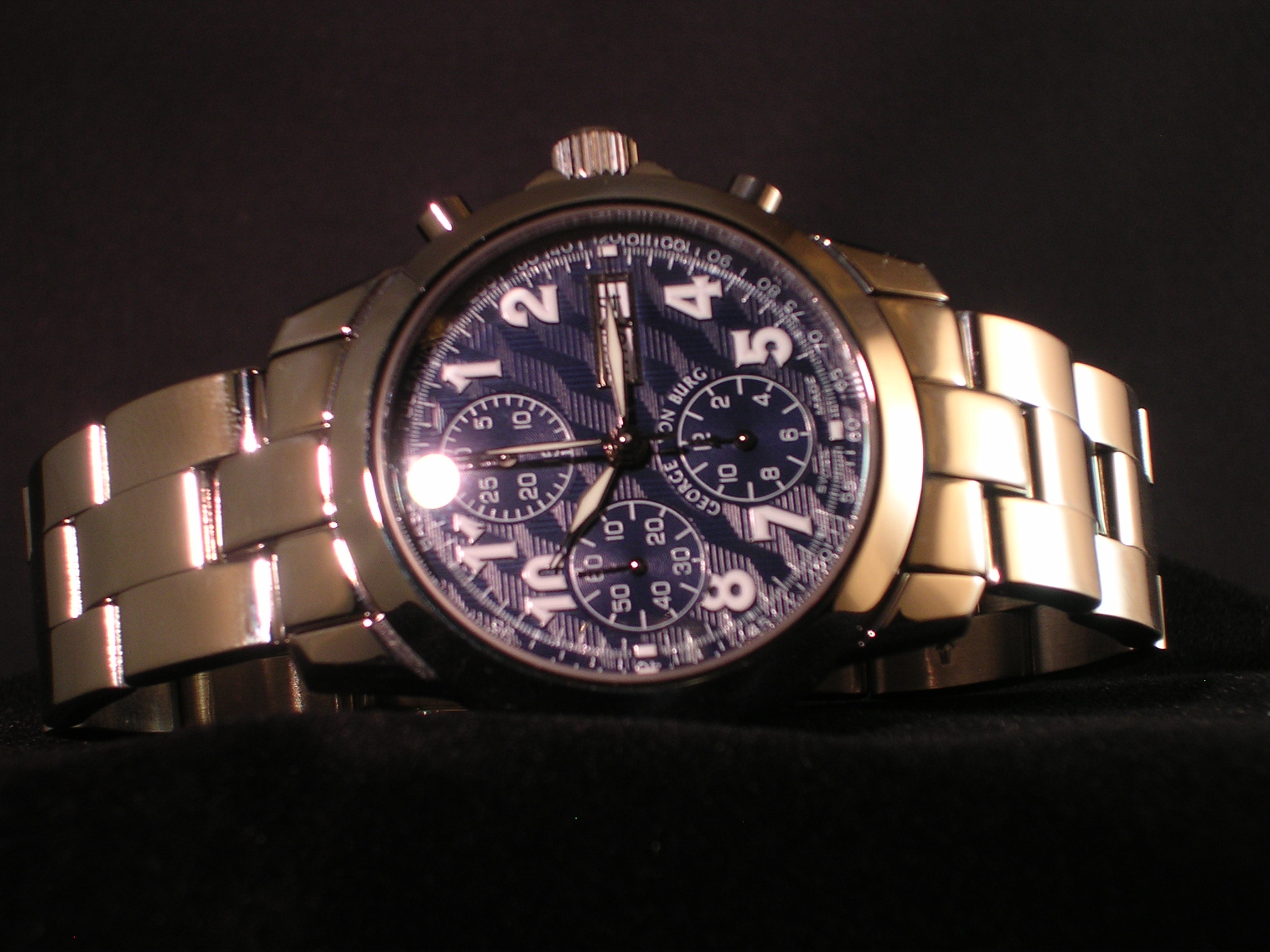