Not a Breitling, but rather a Law-Genes: 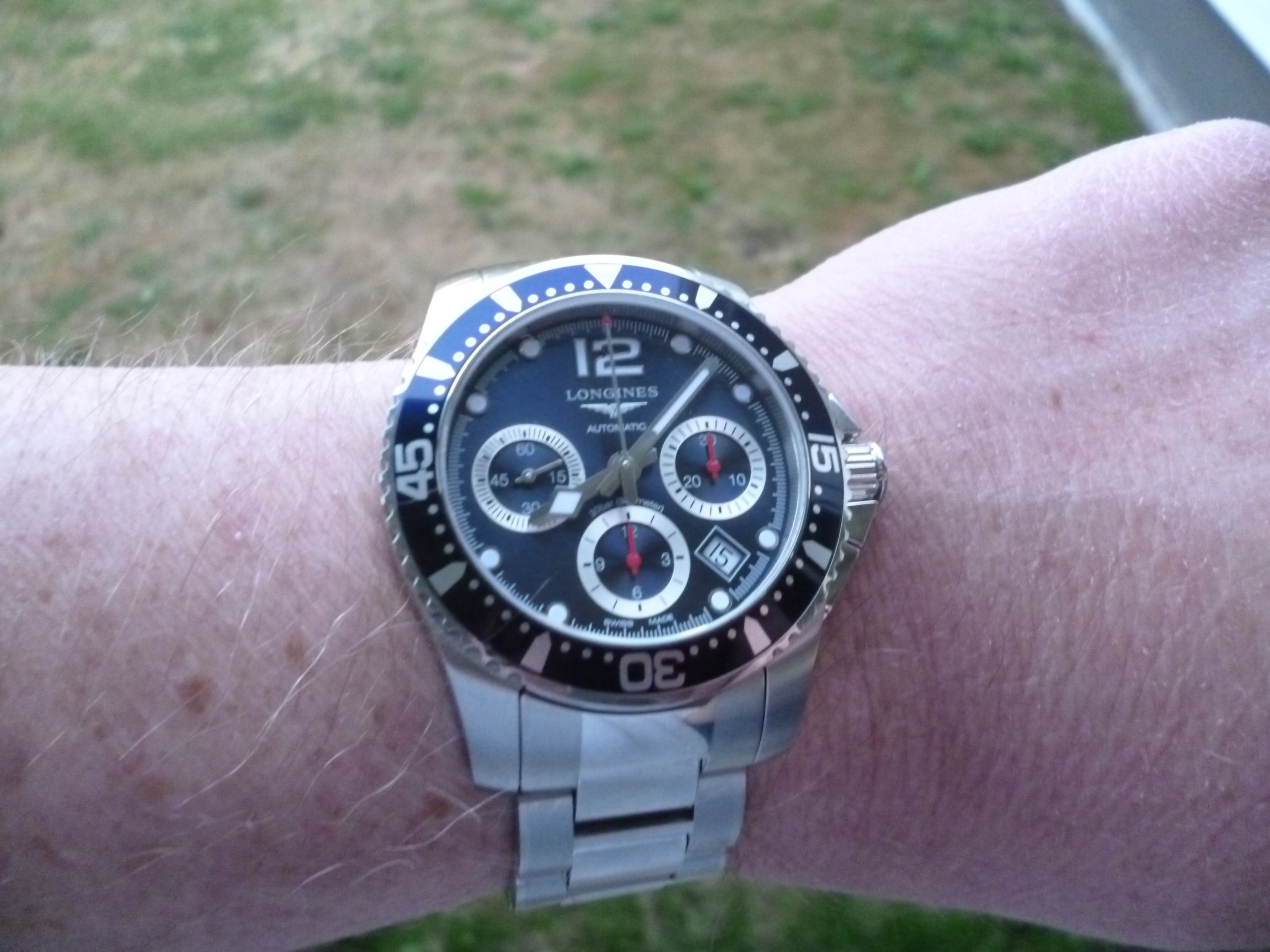 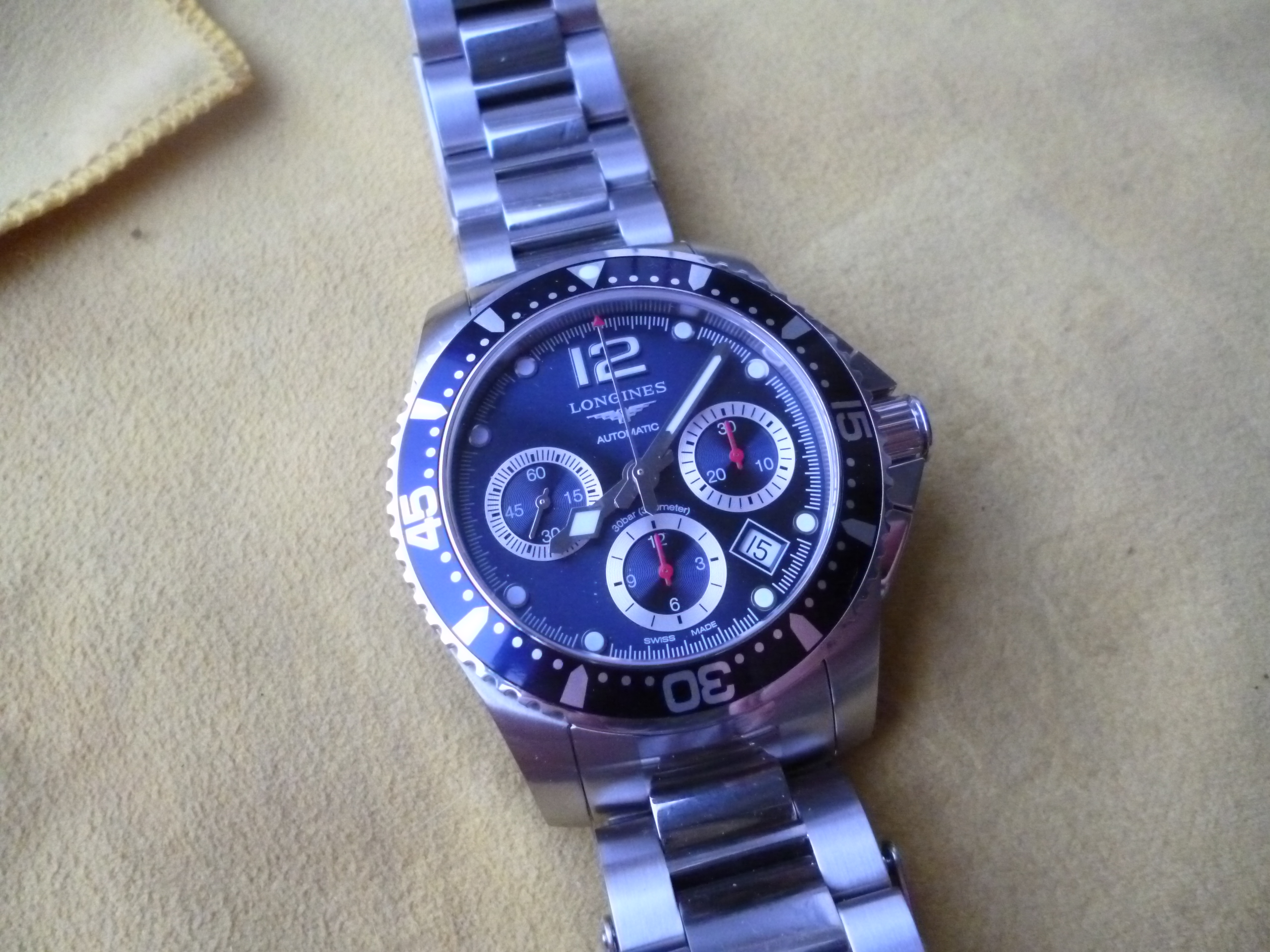 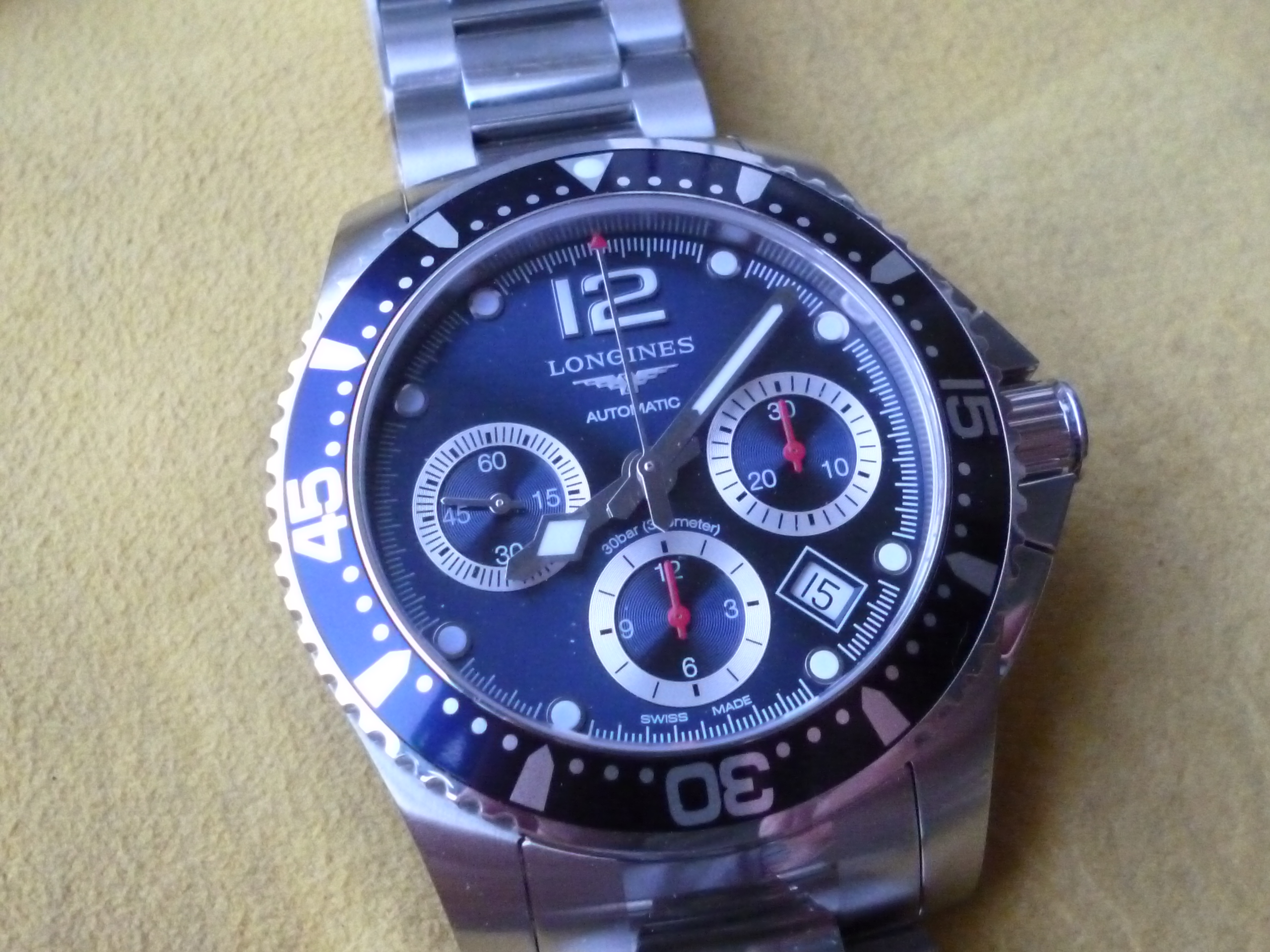 It's Is a long storee, Chears!!

It’s a cool Longines. Looks way better than the new generation with ceramic bezels.
I always hope for the best. Experience, unfortunately, has taught me to expect the worst.
Elim Garak, Star Trek: Deep Space Nine

Opted for an HC, ey? We need back story!
Now found at bestdamnwatchforum.

Damn, Conj. You are on a roll with great watches.
My best friend from college shared his secret to his huge financial success, "I fell out of the right vagina."

Good is the lume?

Opted for an HC, ey? We need back story!

Well, OK. I previously posted about buying a Breitling Superocean not too long ago. Alas, when I placed the order for the yellow dial on the bracelet, it turned out that I had ordered the 44mm instead of what I wanted, a 42mm. I called that morning and was able to cancel the order; I reconsidered the price I was paying, and opted for the less expensive Longines Hydroconquest auto chrono, which I had long coveted.

As Mr. Bloke says, him being a Longines salesman and all, that this is the older model, the new models having the ceramic bezel. It is 300 meters WR, and uses a Valjoux 7753 movement, modified by Longines to operate on a column wheel. The big difference between the old 7753 and the Longines modified is that the chrono seconds hand starts very quickly, with a simple push of the upper tyme Knob, which feels much easier than the hard push required by most Valjoux movements.

I would have liked the bracelet to be tapered for comfort, but the Longines tapers not at all. The center links are highly polished, and which are likely to scratch a lot over time.

Not so gud/ Four the Price is rite Four this wartch, juan Wud think that the loom mite be Bettar.

Very nice John. Good for you!
Randy in Nashville

That is a very nice watch. I was impressed when I tried one on in some airport somewhere in another life.
NRPI here.

Many a Watch God are are draining their ale filled gourds in salute to your fine ass pickup...congrats!!..

Nice- looking for a moon phase at a good price from these guys myself.
^^^Copyright

Very nice. I much prefer this version without the super shiny ceramic bezel.

Where tHat baD buoy in gewd hellth.
See you're WRONG I don't work at all, I'm a Democrat. The immortal Horse Feathers as spoken to Chucky Ninetoes.

Had the opportunity to see this watch in person yesterday, it is more stunning than the pics portray!