How is an elastic NATO worth $80?
https://erikasoriginals.com/ 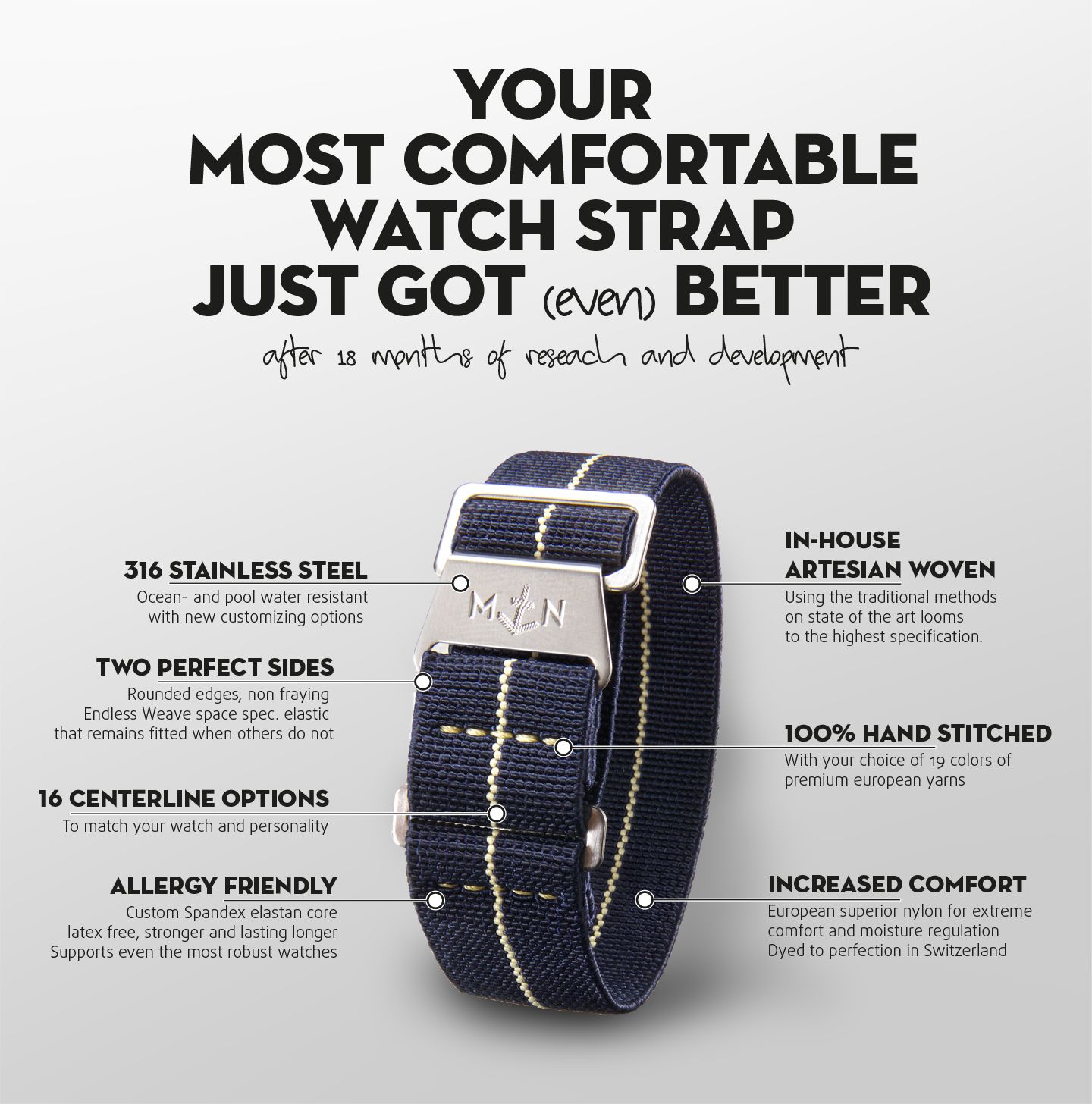 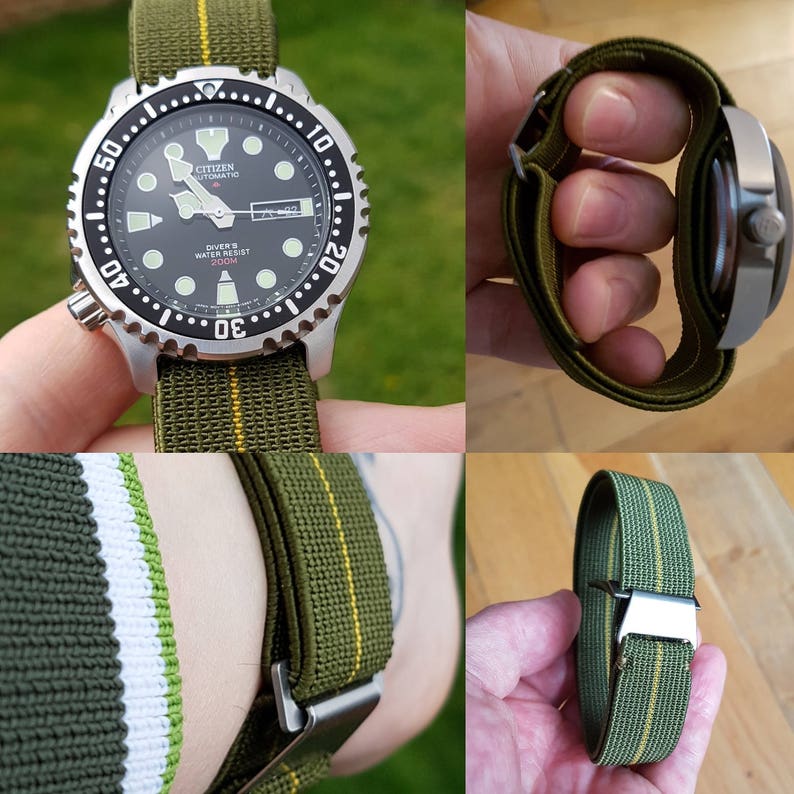 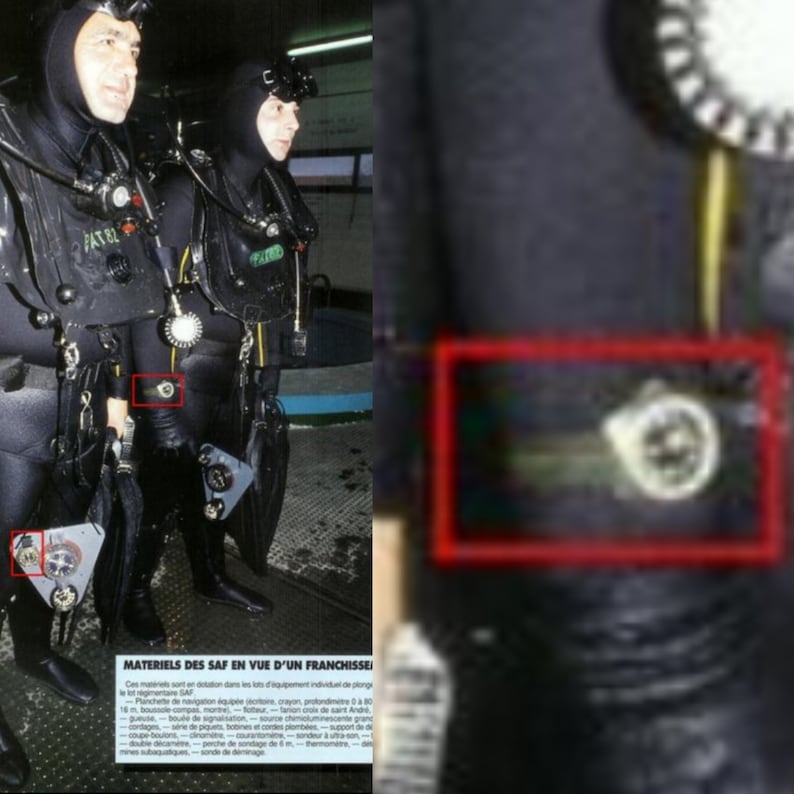 When it's artesian woven it is. ESL oversight or groundbreaking technology?
See you're WRONG I don't work at all, I'm a Democrat. The immortal Horse Feathers as spoken to Chucky Ninetoes. 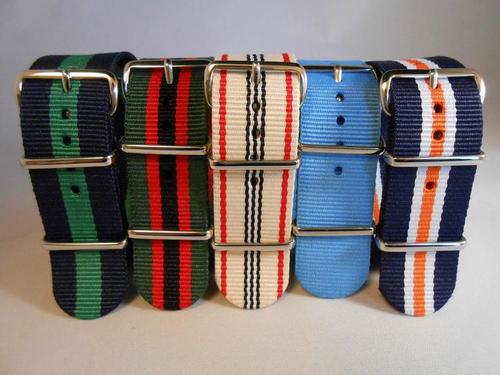 and I still wouldn't wear a NATO strapped watch.
.

Not a NATO person but those look nice- I wonder if she'd weave a regalarly pin buckling model. Slip on or with pin tubules modes. Proly be waaaay cheaper, too. The ad sez 16 centerline patterns available which would be cool because the single stitch stripe stinks.
^^^Copyright

I don't hate the concept of the NATO strap as such. In fact, I have several NATOs. I have a leather NATO, which I have bought for my '39 Tissot with fixed lugs. But that strap blows. There were three straps that I have reviewed - two by BluShark, which I now have on the Tissot and on the first watch I ever bought, a Timex Expedition, and one by the Sydney Strap Co., which I usually wear my Dan Henry 1970 on.
Oh, and then there's the strap from the Sea-Gull 1963, which I use with my Timex MK1, because it doesn't blow, unlike the stock band from Timex.

I have learned that the NATO strap can be useful, when I have encountered just the sort of situation that it's meant to protect from - the watch falling off when a spring bar pops out. Last year, in my brief adventure with working in airport ground service, I had the DH 1970 catch a rail while running up the stairs to the plane. The fucking rail won against the spring bar, and the watch fell into my sleeve. I sort of don't even want to think what would happen if instead it would have fallen a few metres down to the tarmac.

So, the NATO is useful, in a way. Or at least I have been in a situation that made me wish I had one then.

However...would I buy a NATO priced at 80 bucks? No. Fuck, no. I don't care what's it made of, and if they had fucking monks weave that canvas or nylon on wooden fucking looms. I don't care if it's woven from whatever plastic stuff, or from alpaca scrotum wool. I won't pay 80 fucking bucks for what can be made of a fucking seatbelt. No fucking chance. The $5-$20 NATO is a tool strap. The $80 NATO is a strap for tools.
I always hope for the best. Experience, unfortunately, has taught me to expect the worst.
Elim Garak, Star Trek: Deep Space Nine

NATOs suck, and anybody who buys one is a dick!!

Never owned a Nato strap, probably never will. Hate seeing an expensive watch on one no matter how comfortable it its.

Your watch is uncomfortable to wear? Really?
NRPI here.

Although I like the idea of the secure wear a NATO offers and have seen some great looking color combos, I cannot stand wearing them. Uncomfortable seat belt trash.

And $80 for <$2 worth of material and metal, meh.
My best friend from college shared his secret to his huge financial success, "I fell out of the right vagina."

These are canvas and not nylon, right?

If they are nylon, they can go fucking screw- $50 to $80 is about what good canvas straps go for.
^^^Copyright

I do actually like them, and in Europe they are considerably cheaper (thought still expensive for a NATO). Might get one. Or not.
Ardnut since 1989

I did the original gag at work the other day, and all the kids I work with thought I was suffering an aneurysm.

On what other site can you get Bill Saluga and Louis Nye references? You guy rock.

I have one watch that came on a NATO (the Laco from last year), and it's heavy fabric and all right, I'm not dead-set against them. And I'll tell you what - if I wanted a NATO strap, I'd run over to freakin' J.C. Penny, go to one of those $10 gift sets, and just take the NATO off the end cap POS. I have yet to see a huge difference in quality from one NATO to another, but I'm not an aficionado, obviously.

But then again - I see schmoes who put a NATO on a $9,000 Seamaster on various WURWs and I lose my cookies every time - it's like slapping bumper stickers on a Porsche Panamera.
"Funny how things that start spontaneously end that way. Eat a peach." - Neil Young

Well..'state of the art loom' provides a new angle on our favorite question to someone who gets a new watch.
Post Reply
13 posts • Page 1 of 1