Datsun240Z71 wrote:Invicta is currently ramping up their PR program so they can respond properly.

Best line of the day!

One of the great threads. Oh, and those people have utterly no shame, Mongrel on up (or down, depending on how you look at it).
"Funny how things that start spontaneously end that way. Eat a peach." - Neil Young

A funny thread from the glory days at BDWF:

49157474-Speedway-DD-Just-Keeps-Getting-Worse-WTF.pdf
You do not have the required permissions to view the files attached to this post.

And not one, including me, happened across the most plausible surmise at the time.

The Kowloon supplier to invicter ordered both the movement and the DD module then proceeded to crowbar the poor module onto the movement resulting in a fucked up mess. They were then sent via container to EEEEall Lalo who couldn't be arsed to check one out prior to selling the overpriced case full of fuckups.

The DD rep didn't know about a sale to invicter because invicter bought neither the movement nor the module. Both were purchased by Heromex who didn't know the subtleties of the module so fucked it up.

You'll never find a sale recorded to invicter. The modules could have been grey but didn't need to be because Eyal not only has no Swiss factories, he doesn't buy his own components either.

Materials/Components:
70% of our materials and components are imported form China, 15% from Japan and 15% from Swiss.

Makes sense actually - Hong Kong and Chinese watch suppliers have better purchasing power than a fleet of invicters. They're selling to every swinging dick with an internet account and access to Kickstarter or GoFundMe. Also every Wing, House, Betosh and whatthefuckever - that's a bunch of purchasing chops there.


Mama Lalo didn't raise no idgits though. Eyal wasn't about to fess up that his Chinese supplier bought the things and fucked them up all while printing "Swiss Made" on the dial. "Loud conversations" with DD sounded ever so much better but not being a customer of record poor Lalo had no standing with DD so was left fabricating a fairy tale - an endeavor at which he's particularly adept.

The above plausible speculation is brought to you by William of Ockham (c. 1287–1347) who was taking a nap when the DD fuck up first manifested.

Hawk Johnson may well be right. For some time I've contended that the "decoration" on some of the Invicter 7750 movements looked like, well, shit. Viz: 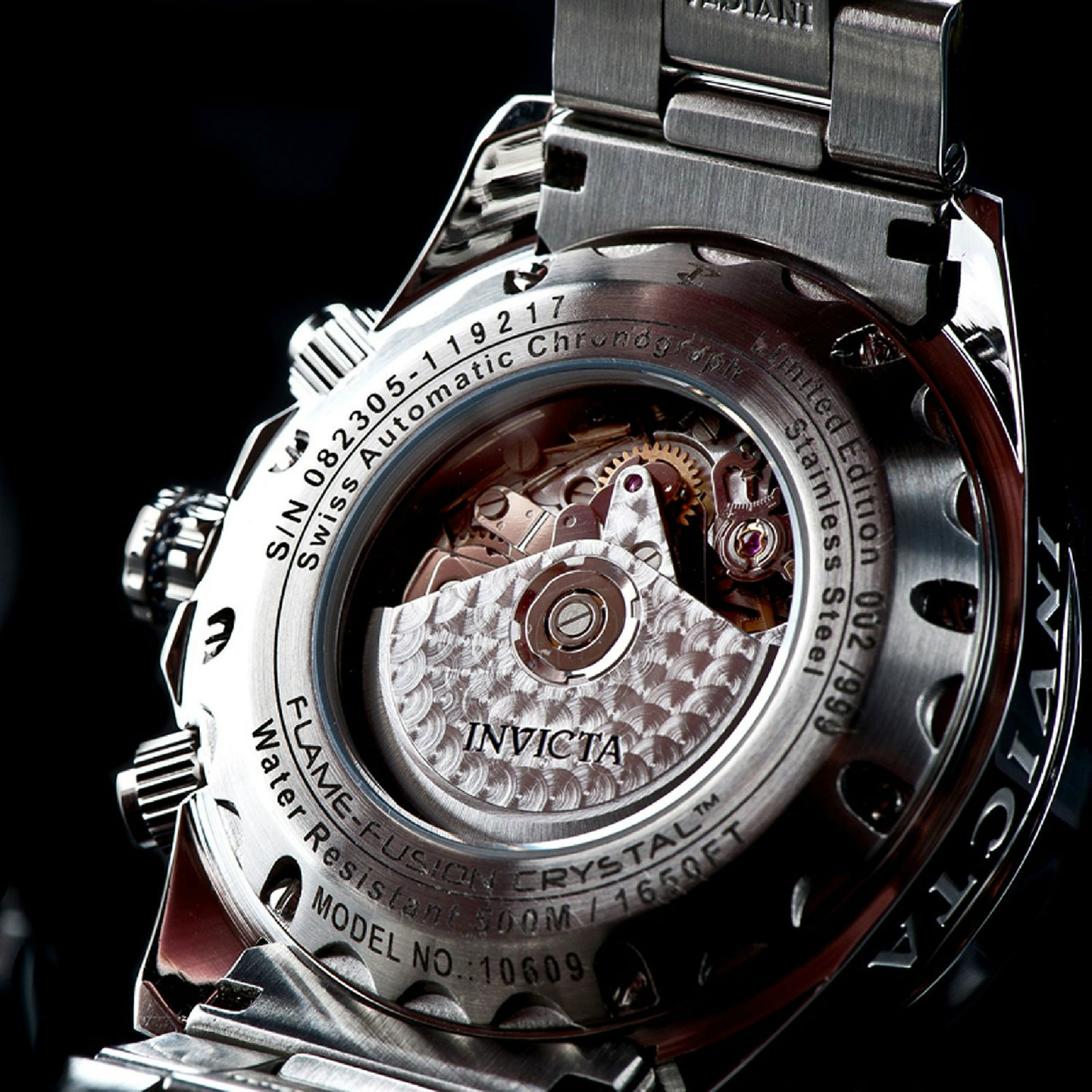 Compare this with the decoration on a 7750 from a company who actually gives a shit: 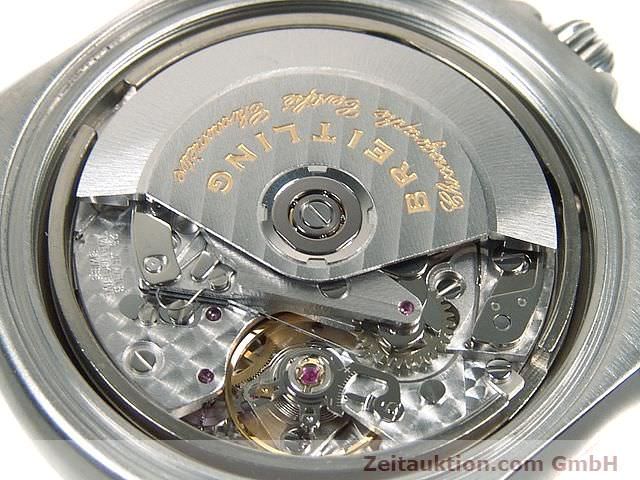 First of all, of all the hundreds of Google images of decorated 7750s, I saw only one other that had perlage on the rotor; all the others were undecorated or had Geneva stripes on 'em. Also note the perlage on the plates of the Brietling; you can see how tight and well defined it is, and it's also smaller than the large swirls on the Invicter rotor. My old d.freemont Barcelona had an ETA-decorated 2824, as did my Stowa Seatime. The perlage on the plates looked very similar to the Brietling's, very even, no overlapping, and tidy, even under a 10X loupe.

ETA decoration, I would wager, doesn't come cheap, and it's certainly not cheap enough for Eyal. I would contend that he had his movements shipped to Hong Kong to have them decorated, and possibly even cased; either that or he bought them already tarted up by some Chinese watchmakers and (maybe) sent to Switzerland for casing, which might have passed muster under the old Swiss Federation laws.

It's my understanding that after the spanking administered by the Swiss FH that the few wartches marked "Swiss Made" by invicter were in fact both sold and cased by Sellita. Parts other than the movement were Chinese.

The irony of the Swiss "tightened up" rules for 2017 is that there's a mathematical hole big enough to drive a Los Angeles class sub through. If one pays the going rate for a Sellita movement and Sellita casing labor the total value of the Swiss portion of the watch probably hits 95% as the Chinese portion doesn't amount to much. Interestingly, the "Swiss Content" percentage serves to make life interesting for Swiss firms using German Fricker cases and Italian bracelets - so long as cases, bracelets and the like are cheap as all hell the percentage is easy to hit.

I believe Koi mentioned that SWI was employing STP in a similar fashion.

Rumor has it the Swiss will close a couple of loopholes in 2018. If sales pick up though I'm afraid they'll go back to being complacent - they sure let invicter skate for long-ass time while they were swimming in francs.

I wasn't aware of invicter's sorry-ass decorations but it dovetails with speculation regarding Kowloon doing the purchasing. Using Heromex's or Millionsmart's purchasing chops is cheaper and easier and if Eyal does anything well it's the cheap and easy stuff. That rotor work probably set him back a whole American dime.
Post Reply
61 posts