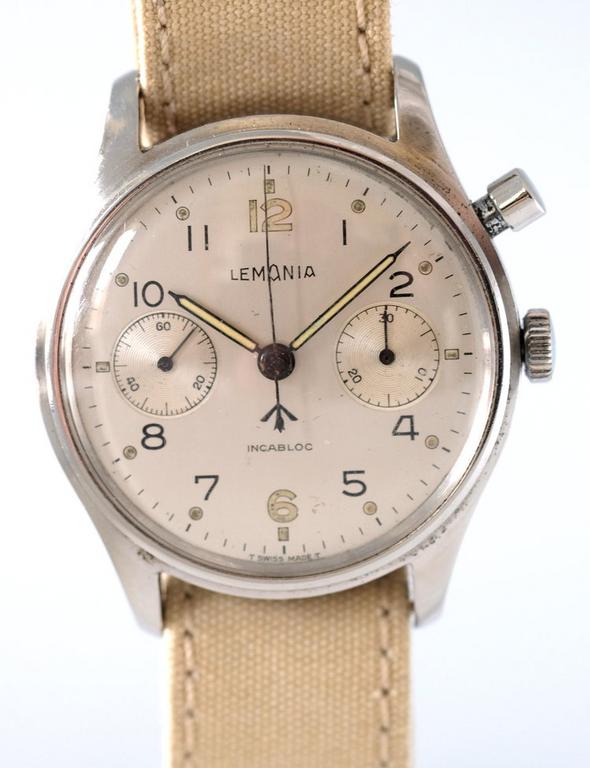 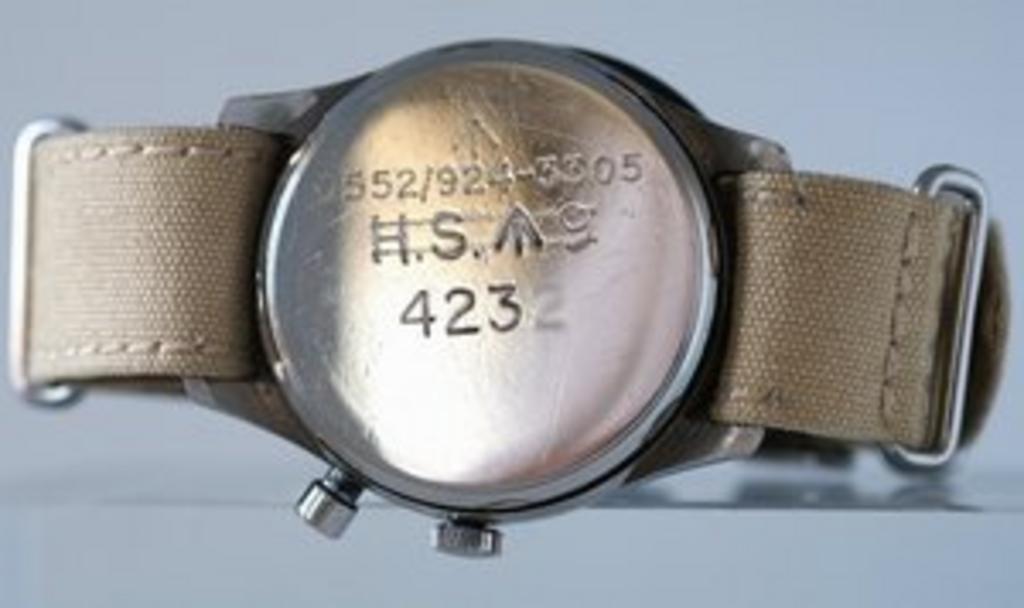 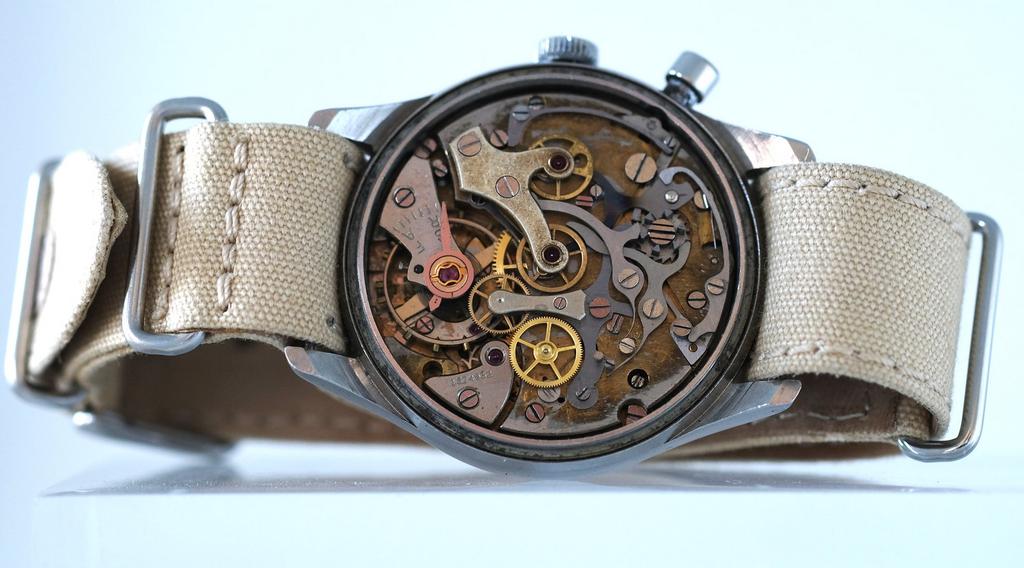 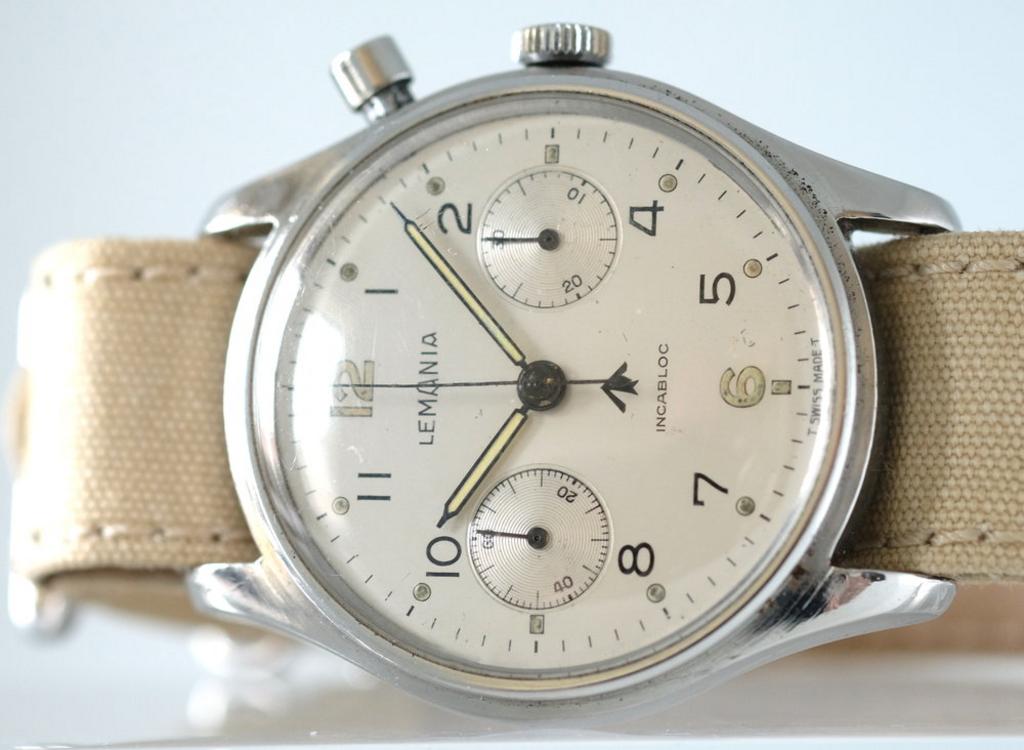 Watch was issued to the Hydrographic Survey of the Admiralty as HS9 Nr. 423X and followed with the British Royal Navy NATO stock Nr. 0552/924-3305


Alfred Lugrin was born and raised in Switzerland in the mid-19th Century, and early on started working for various watch companies designing chronograph movements. He founded his own company, called A. Lugrin S.A. in 1884, and enjoyed much success. In 1918, the Lemania Watch Company was created, and soon after in 1920 Alfred’s son-in-law Marius Meylan became the managing director. In 1932 Meylan purchased the Lemania company and would continue to market watches and movements under that name.

In the 1950’s, Lemania began producing timer watches for the British Navy's Hydrography Survey department. These watches featured a monopusher chronograph mechanism in the band at 2 o’clock. With this specific button, the wearer could start, stop and reset the timing mechanism of the watch. These watches were first issued with radium dials which were later replaced with Tritium dials marked with a T in a circle. In the 1960's, Lemania started delivering the watches with original tritium dials. Lemania continued to supply watches to the British Navy through the mid-1980’s.

This particular watch is fitted with it's original tritium dial which has some nice patina. The monopusher chronograph Lemania with a white dial is a must for any military watch collector. It is one of the rare issued silver/white dial as most Military issued watches across the World Militaries have a black dial. This particular watch is a great example with its original untouched dial and beautiful patina.

The Hydrographic Survey codes ranging from HS 1 through to HS 11: (Source: The Concise Guide to Military Timepieces 1880-1990 by Z. M. Wesolowski)