"As far as famous watches go, the Speedmaster is way up there. And aside from its famous extraterrestrial exploits, it’s also a real staple of the watch world, which is why a Speedy was a natural choice of wrist wear for my recent Swiss trip. The fact that this trip included spending some quality time with Omega only sealed the deal. The next question was: which Speedmaster? Well, in the end, my decision wasn’t too hard, because even though you’re spoiled for choice, I wanted a more classical iteration, and one with a mix of personality and versatility. So I plumped for the 2018 limited edition, the CK 2998." 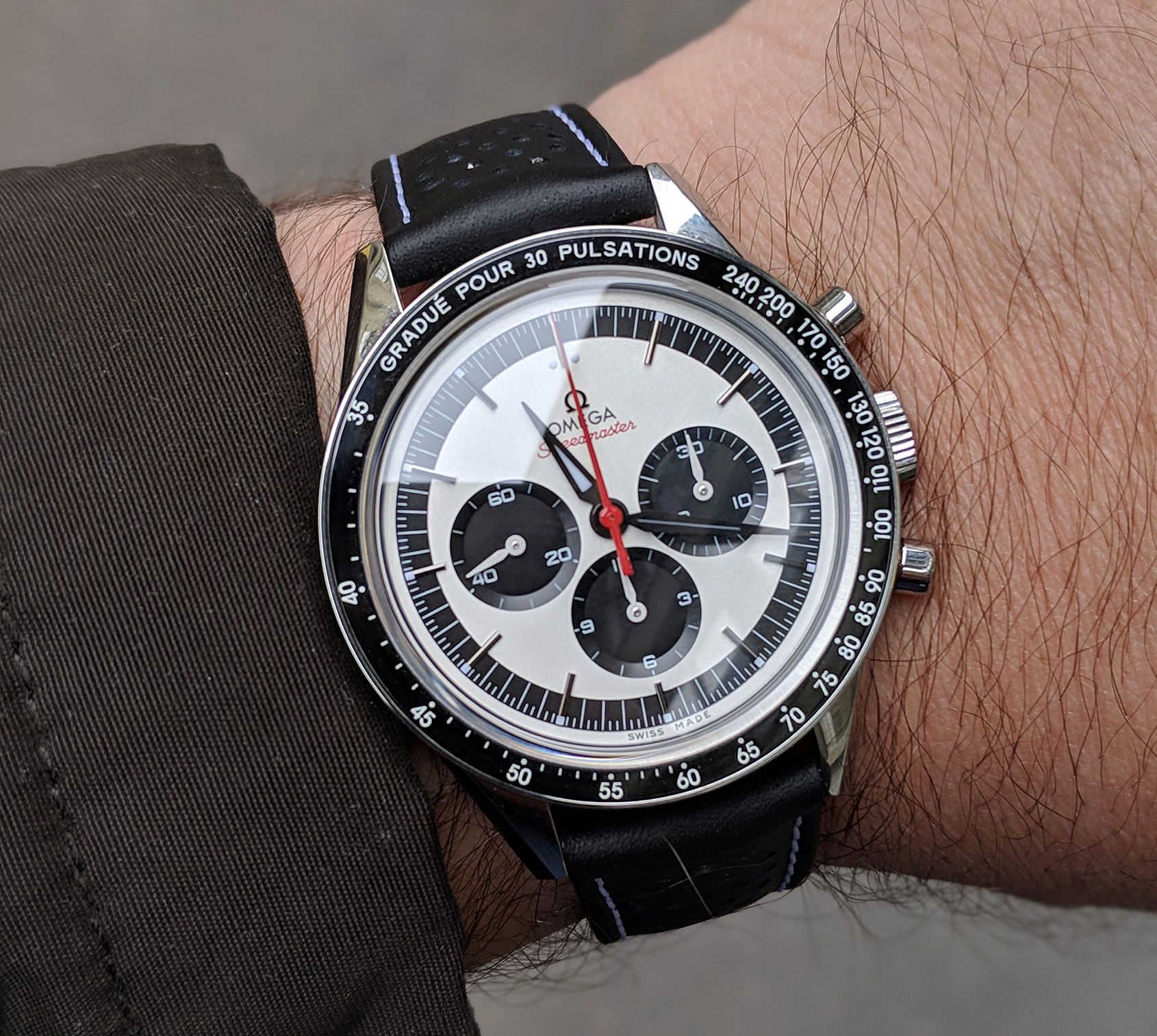 The bezel should read: gradué pour 30 érections
I find tv watches to be like the guys who raise their truck you need a fricken ladder to get in. It’s a attempt to look cool... that’s all.

That's a great example of a classic look with enough modern nuances (the hands, particularly) to make it all fresh. Just a sleek piece of work right here; the type of watch you build a collection around.
WatchGeeks will go down in watch forum history as the worst watch related site that existed. Trolls, threats, bannings, and owners and sponsors talking out of their collective asses to fleece people out of hard earned money. - Koimaster

I saw a billboard sign promoting Rolex watches and I jokingly said to my wife: "nice! they sell Rolexes there."

She said she preferred the look of Omega watches. Damn! Sounds like I know what to buy myself next!

Nice looking Omega chronograph up there. Is it okay to call it a Panda?

Nice looking. But why a Pulsometer on a Speedmaster?

Long explanation? Because back in the late 1950s and the 1960s, you could actually order a Speedy with a scale different than a tachymetre. There were three options - pulsometre (for 15 pulsations), one for 30 pulsations, or a telemetre. Pretty much a nod to these less common bezels found on Speedies.

Short explanation? Because they probably wanted to add some detail that'd prevent it from being called just another colourway of the "First Omega in Space" or the previous CK2998 LE. Well, de facto that's what it is, but...

Anyway, at least I would find a pulsometre somewhat more practical than a tachymetre.
You cannot explain away a wantonly immoral act, because you think that it is connected to some higher purpose.
Captain Jean-Luc Picard, Star Trek: The Next Generation