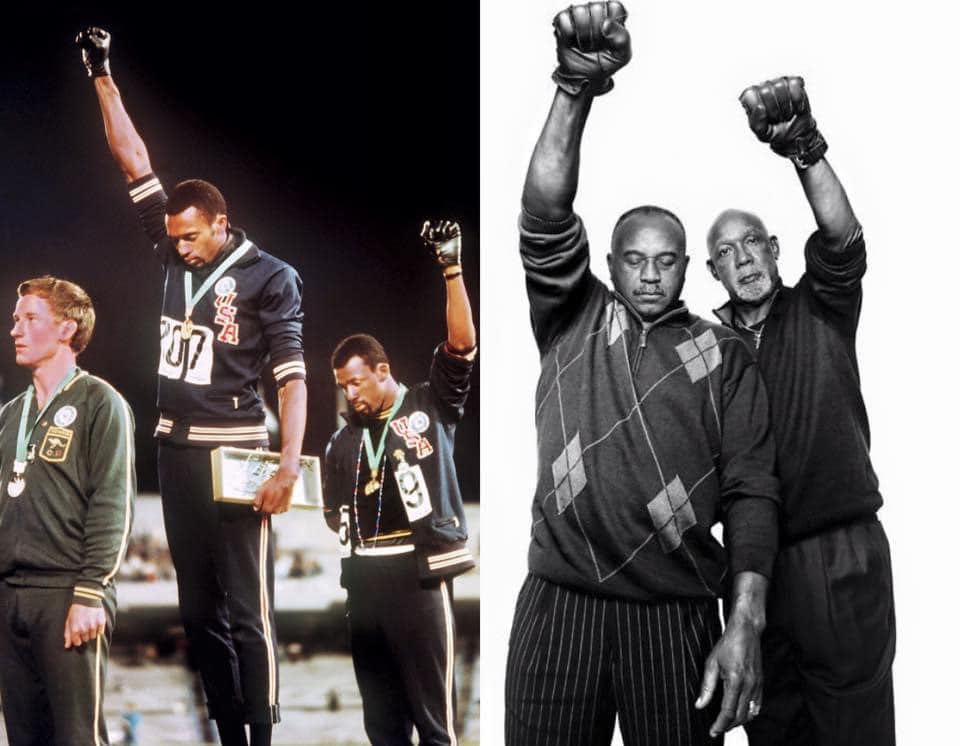 Today in 1968, Sprinters Tommie Smith and John Carlos, gave this iconic salute during the medal ceremony at the Olympics in Mexico City.

After Smith won the gold medal and Carlos won the bronze medal in the 200 meter-dash, both took to the podium barefoot in protest and proudly raised their black-gloved fists, while the U.S. National Anthem played. This move allowed Smith and Carlos to take a stand against racial inequality on an international stage, but by the next day, they were forced to return their medals and were thrown out of the Olympic Village.

The third man in the photo, Peter Norman, also stood in solidarity with Smith and Carlos, by wearing an Olympic Project for Human Rights badge during the award ceremony. His actions resulted in his home country, Australia, who enforced the White Australian policy at the time, to deny him for the 1972 Munich Olympics. Although he broke an Australian record that day, Norman's achievements would go unacknowledged.

Tommie, John and Peter, thank you for using your platform to advocate for racial equality.

PS. When Peter died in 2006, both Carlos and Smith traveled to Australia to serve as his pallbearers.