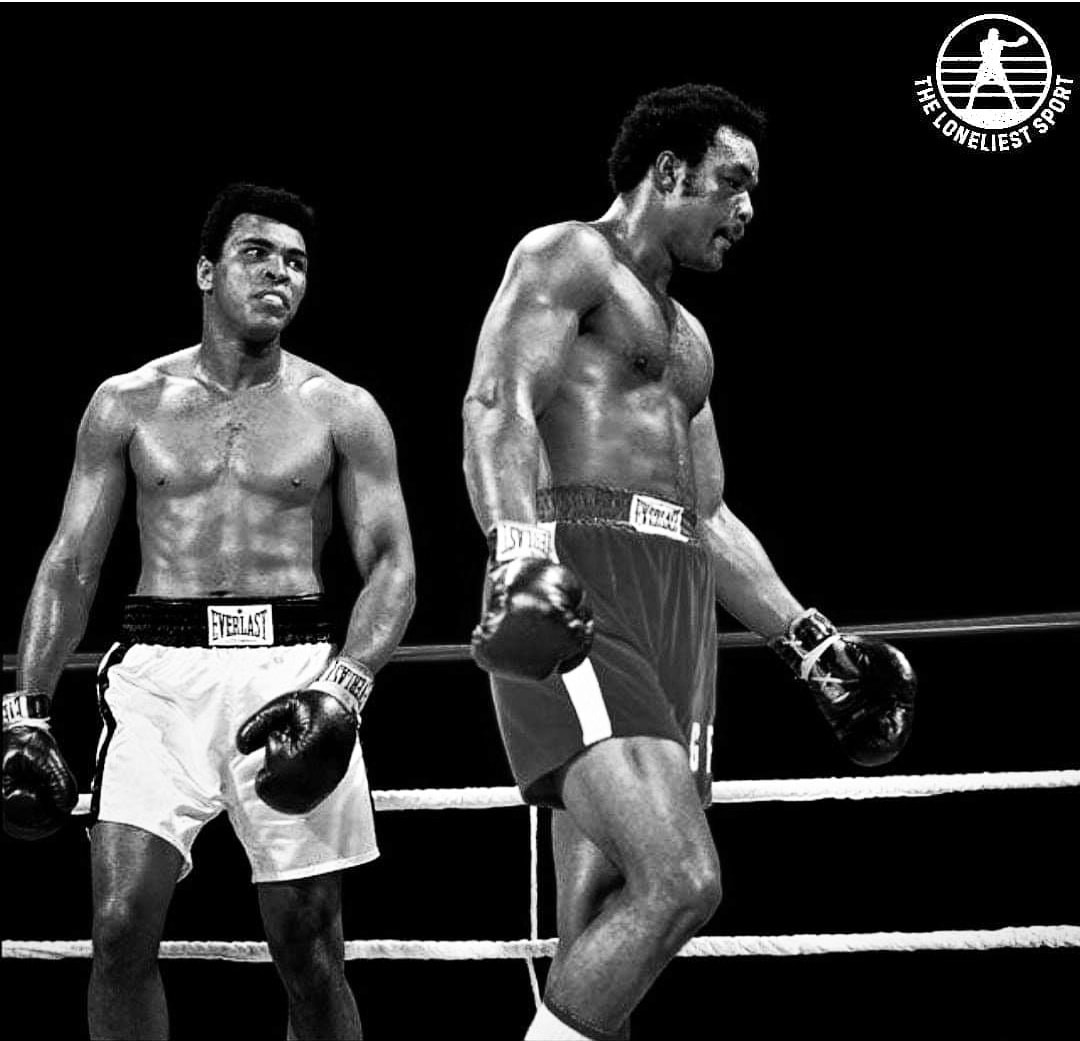 'Muhammad amazed me, I'll admit it. He out thought me, out fought me. That night, he was just the better man in the ring. Before the fight, I thought I'd knock him out easy. One round, two rounds. I was very confident. And what I remember most about the fight was, I went out and hit Muhammad with the hardest shot to the body I ever delivered to any opponent. Anybody else in the world would have crumbled. Muhammad cringed; I could see it hurt. And then he looked at me; he had that look in his eyes, like he was saying I'm not gonna let you hurt me. And that's the main thing I remember about the fight.'
- George Foreman