Trolls who need to be exposed

Trolls who need to be exposed

I do not want to drag another forum into a thread here but I want to show why some folks are just not allowed at watchlords despite our reputation of being the deep end of the pond.

Do you want to talk about Disqus? Fine! you and your good buddy Robert are currently over there trashing me and my family and spewing propaganda and lies about me and I've seen it myself! you and your good buddy Robert Butler brag at Disqus that there's a thread in the vet section at "watchlords" that is dedicated to denigrating me and my family which has been confirmed by a good friend that is a vet there!

The photo below which was posted by accutroll aka Accutronitis aka Troll Destroyer at this site https://disqus.com/home/discussion/mp3a ... 5009990534 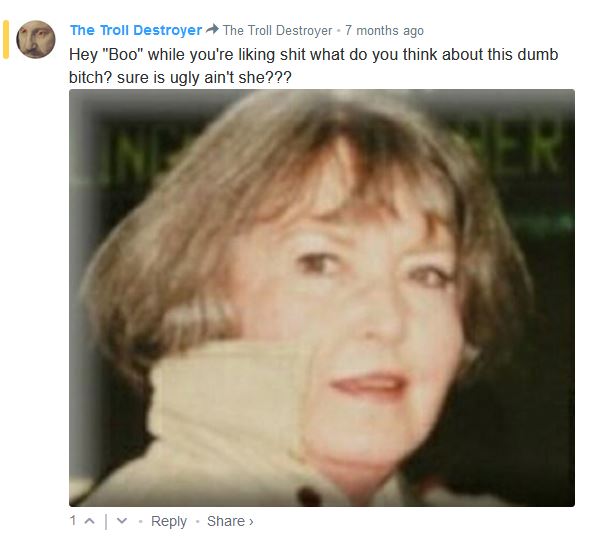 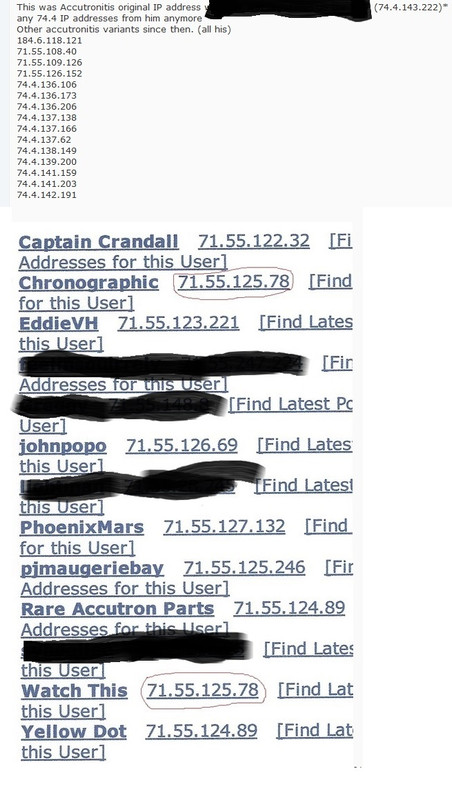 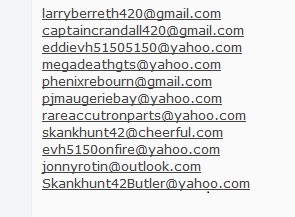 Or clowns like this one below posting about something that never occurred. Have not heard anything about something like this let alone it being discussed on the forum. It would violate the TOS in place since 2009. The link to that thread is directly below and the entire thread is in PDF format at the bottom of this post.

Except that the person named is alive and well.


Watchfreeks idiot thread.pdf
You do not have the required permissions to view the files attached to this post.

I’m trip_67 over there and he and I have an on going battle. He has sent me PM’s saying crazy crap over there. I guess threatening PM’s is allowed over there, I haven’t tried it yet. He also sent me a PM with a link to the woman he is stalking Facebook account.
He saw that I was a woman and lived in Waialua, so he found a woman who is a firefighter in Waialua and assumed it was me. He failed to understand that Hawaii has many fire departments.
Federal
State
City and County
Army
Air Force
Marine
Etc....
He also failed to understand there are hundreds of female firefighters in Hawaii.
He also doesn’t understand that one may live in one town and work in another.

He has made a complete fool of himself over it, but still insists I’m Debby and has posted her pictures all over a thread on disqus along with her personal information. I’d be a damn fool to give him my name to prove him wrong, he’d be crazy with my name all over the web. I just don’t need to deal with that, I’m not afraid I just don’t want to deal with it, I don’t have that kind of time to waste. He has made mention that he could hack my finances. I just don’t want a lengthy legal battle if he is able to do that.
The guy needs to be committed, on medication and no access to a computer.
If you or someone you know has been butt hurt over the lies Watchlords has exposed, you may be entitled to compensation. Please call 1-888-who-gives-a-fu** operators are standing by.

He cannot hack anything. He is a keyboard commando and troll, nothing more. If he knew anything about computers or hacking he should have been a member here by now instead of whining to be allowed to join. The accutroll should have been able to hack the forum if he could hack financial records.


He has the computer skills of a slug but knows buzz words and set up a mickey mouse “build by the numbers” forum which my 14 grandson could have done at 10.

He is a bully and white trash, a tiny little man hiding in his mother’s basement, eating fake Cheetos.

This accutron dude needs a serious ass kicking. Are fake Cheetos the store brand?
See you're WRONG I don't work at all, I'm a Democrat. The immortal Horse Feathers as spoken to Chucky Ninetoes.

Are all watch people weird?
Myself included.

Yes. But some are weirder than others.
Ardnut since 1989