Is That a Rolex on Biden’s Wrist?

Is That a Rolex on Biden’s Wrist?

Recent presidents not named Trump have tended to wear Everyman timepieces such as Timex and Shinola. 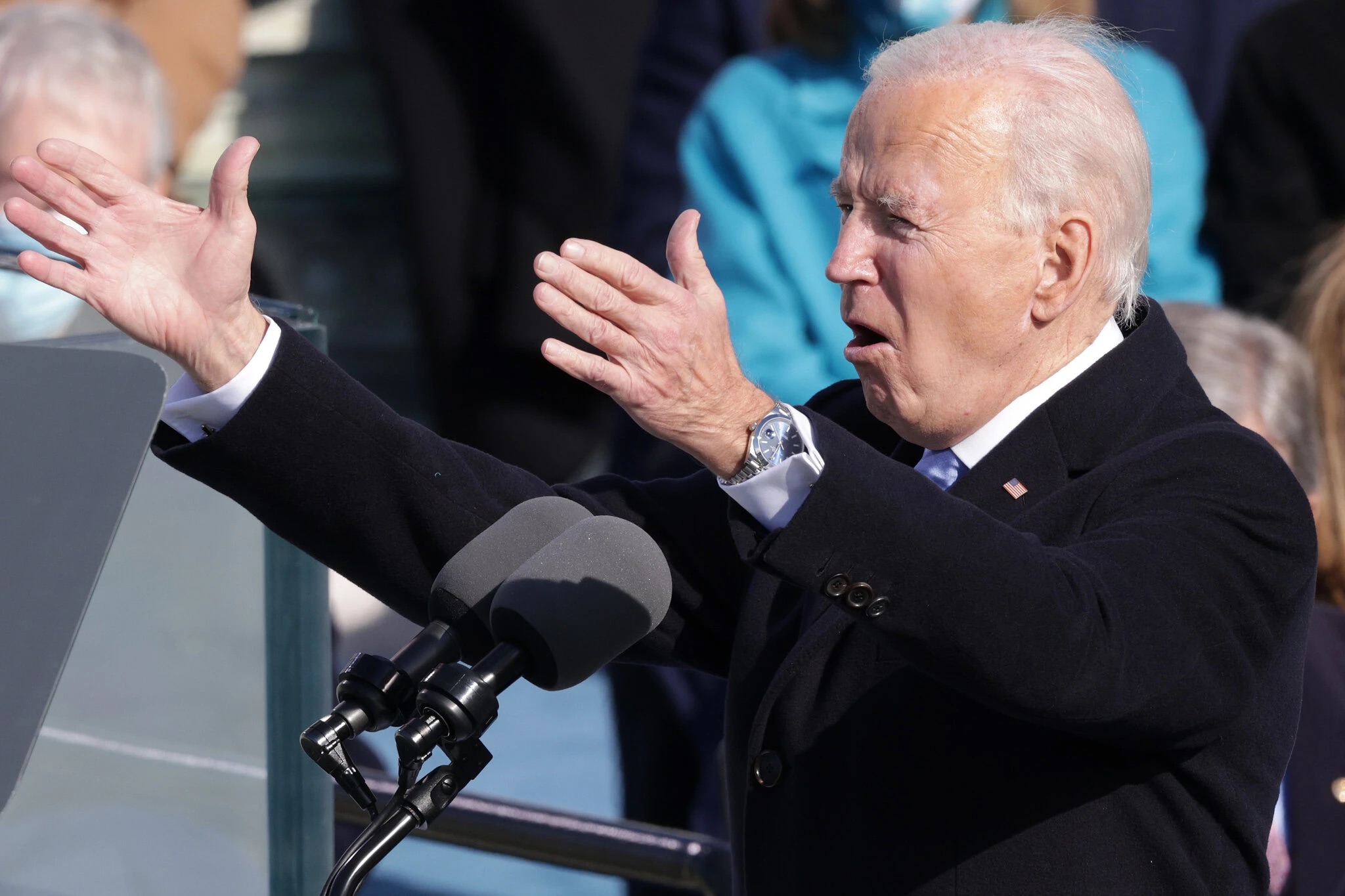 
President Biden may cast his arrival in the White House as a return to business as usual at 1600 Pennsylvania Avenue, but there’s at least one way he’s breaking from prevailing presidential tradition: he wears a Rolex.

At his inauguration, Mr. Biden laid his hand on the family Bible wearing a stainless steel Rolex Datejust watch with a blue dial, a model that retails for more than $7,000 and is a far cry from the Everyman timepieces that every president not named Trump has worn conspicuously in recent decades.

To many, a president wearing a luxury watch might not seem unusual. Shouldn’t the leader of the free world wear a power watch befitting his position? (Never mind that it costs the equivalent of dozen or so stimulus checks.)

That concept was widely accepted once, back when Dwight D. Eisenhower and Lyndon B. Johnson posed guiltlessly for Oval Office portraits wearing gold Rolexes. Not for nothing is Rolex’s storied gold Day-Date model known as the “President.”

Such political power watches, however, had gone out of style in the internet age, when most recent presidents, and politicians in general, seemed to consider the luxury watch as a signifier of out-of-touch elitism.


Bill Clinton seemed to thumb his nose at aristocratic gold timepieces by wearing a Timex Ironman, a “plastic digital watch, thick as a brick and handsome as a hernia,” as The Washington Post wrote in 1993.

His successor, George W. Bush, went even more down market, wearing a Timex Indiglo, the kind once sold at drugstores.

The choice of a watch that cost $50 or less was either a man-of-the-people statement — even though Mr. Bush was an oil scion who went to Yale — or a masterstroke of old-money preppyism, where any hint of gilded glimmer is considered vulgar.


Barack Obama, too, avoided heirloom-level timepieces. During his presidency, he opted for mid-priced all-American watches by Shinola, the Detroit-based brand, or a sporty watch by Jorg Gray, based in Southern California, that cost less than $500.

This may come as a shock, but Mr. Trump shattered those norms. He remained on-brand during his term, flashing mogul-worthy gold (what else?) watches by Patek Philippe, Rolex, and Vacheron Constantin.

Which brings us to Mr. Biden, who seems to balance both horological sensibilities (how centrist of him) and is unafraid to show off his haute Swiss watches, all stainless steel, including his Rolex, an Omega Speedmaster Moonwatch Professional and Omega Seamaster Diver 300M both of which retail for around $5,000 or $6,000.

To be fair, none of Mr. Biden’s watches scream “luxury,” at least to watch connoisseurs who are acclimated to the thin air of Swiss watch prices.

His Rolex Datejust, for example, is considered an undisputed classic, but in another sense, almost could be regarded as entry level for a brand with head-turners that quickly climb into the five-figures.

Likewise, his Omegas do not connote fanciness, at least in the eyes of watch snobs. The Moonwatch, while Swiss in origin, has been embraced as an American emblem ever since the Apollo 11 astronauts wore the storied model to the moon.

So what to make of Mr. Biden’s watches?

Whether a conscious fashion statement or not, the high-end, but macho, watches suggest that, even at 78, this former high school football star of the Kennedy years still wants to be seen as a he-man, rugged and young at heart (see his aviator sunglasses).

They also embody a classic version of the American Dream: that anyone, even a kid from Scranton, can make it to the pinnacle of power.

Then again, he may just wish to make it to White House meetings on time.

Re: Is That a Rolex on Biden’s Wrist?

Very nice write up on presidential watches. I thought Ike's presidential bracelet was originally put on a Datejust prior to the Day-Date but I am sure most know that fact. I think Joe's watches fit him to a tee.

Re: Is That a Rolex on Biden’s Wrist?