Why is it so hard to buy a new steel Rolex?

Why is it so hard to buy a new steel Rolex?

The big question: Why is it so hard to buy a new steel Rolex?

“It’s the million dollar elephant in the room,” says Eric Ku, the world-renowned watch expert and dealer. “Why can nobody get anything now?” He’s referring to the extraordinary difficulty facing the average punter hoping to buy a new steel Rolex without paying way over the recommended retail price on the grey market.


In the watch community, this has become a common lament. For the average buyer, sourcing a steel Rolex at the recommended retail price can increasingly feel like mission impossible. Whereas five years ago, the “Batman” blue and black bezel GMT-Master II was the hard-to-get model, and then the Daytona became the next must-have, the drought has now spread to all steel models, Professional range or not.

The extent of the Rolex scarcity was summed up a month or so ago when the respected auction house Phillips sold a selection of models from the Rolex Oyster Perpetual collection that only came out in August last year. This tells you everything you need to know about the insane demand for new Rolex stock. Auction houses, after all, specialise in trading the most rare and valuable goods that cannot be bought through standard retail channels. In listing this Oyster Perpetual family, Phillips are acknowledging that new, stainless-steel Rolex watches are similarly unattainable.

I am so happy that I decided to buy my first new Rolex, an OP, in July before all this madness started. It was all timing; I had my eyes on other watches – a pre-owned JLC and a new Omega Seamaster were high on my list – and I had written off finding anything by Rolex in stainless steel even at that point. It was a perfect confluence of circumstances – I had saved just the right amount of money, I had to go to upstate New York, and a Rolex AD in the Capital District had the exact watch I had coveted.

Granted, the watch was from the previous OP series, but it was a box fresh new watch, and it was through an AD. I had been searching for a new Rolex in February, before the pandemic hit. However, there wasn’t an AD with much stock even then – even here in the NYC area, most of the stores had just a handful of pieces, and the stuff that was there were pure non-collectors’ pieces (Cellini, women’s diamond models, gold cases and such). I was told even way back then that finding anything in stainless steel would require leaving my name, and that the store would call me, yadda, yadda.

When the pandemic hit, I put the watch buying aside and that was that for even thinking about it; as I mentioned, the timing of finding a rare model I wanted (for the exact list price, naturally) was too enticing to pass up. But what has happened since then boggles my mind.
First off, I can’t believe that there are so many crummy ADs out there. I’m reading stories of salespeople who work at ADs buying new Rolex models, flipping them to indie dealers, and then the indie dealers sell the new Rolex models to customers for up to two and a-half times the list price. And, of course, that means the new buyers don’t even get Rolex warranties though buying new watches. Who would play that game?

As much as I admire Rolex for their products, I can’t believe that for two years running, they’re allowing their ADs to go with empty shelves and bare walls. How do you make money selling products nobody can get unless they’re wheeler-dealers? That’s fucking insane. On top of that I blame the shady crumbs who are out there flippin’ and dippin’, buying new Rolex watches simply to sell them for double what they’re worth, by any standard.

Lastly, I actually blame Rolex fans for not telling the ADs to take their precious new models and stick ‘em where the sun don’t shine when they’re being told they’d have to be on a waiting list to get one. Fuck – Rolex makes an unimpeachably great product, but so does JLC, Omega, Grand Seiko, H Moser, and so many other brands. So people are paying the same price for a day-glo Oyster Perpetual as they could for a Longines Legend Diver, Omega Seamaster, and Oris Aquis Date combined? Who in their right minds would even consider that?

Again, I’m glad I got a watch I liked by pure fluke – but if I had waited and was in the market right now? I wouldn’t even consider a new Rolex. Between the AD chicanery and the company's unwillingness to release the right amount of product to meet the predicted demand, who the fuck needs this nonsense?
Best of luck to all my longtime friends here. Please stay safe, always.

I don't pay retail for anything. . . If I never buy another Rolex I'm fine with my current collection. I kind of imagine they will become more attainable in the future, but who knows. I'll continue to purchase every crusty oldie my jeweler calls me about especially those that are 80 years old with original dials.

I had my heart set on a platinum day date for my 50th.... but can no longer justify them as they've doubled in price in the last year. I'll have to be happy with my two gold pieces . .. 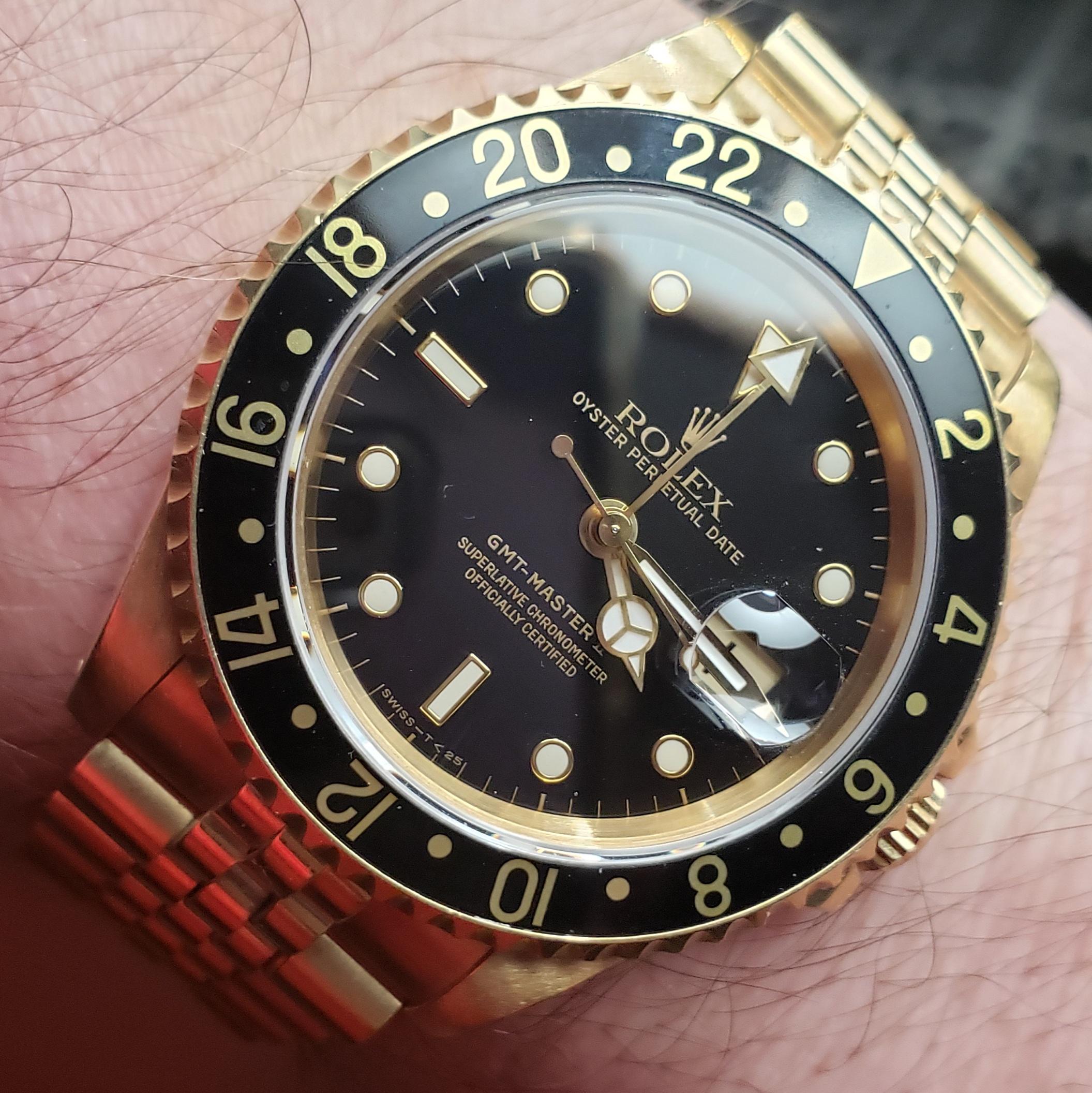 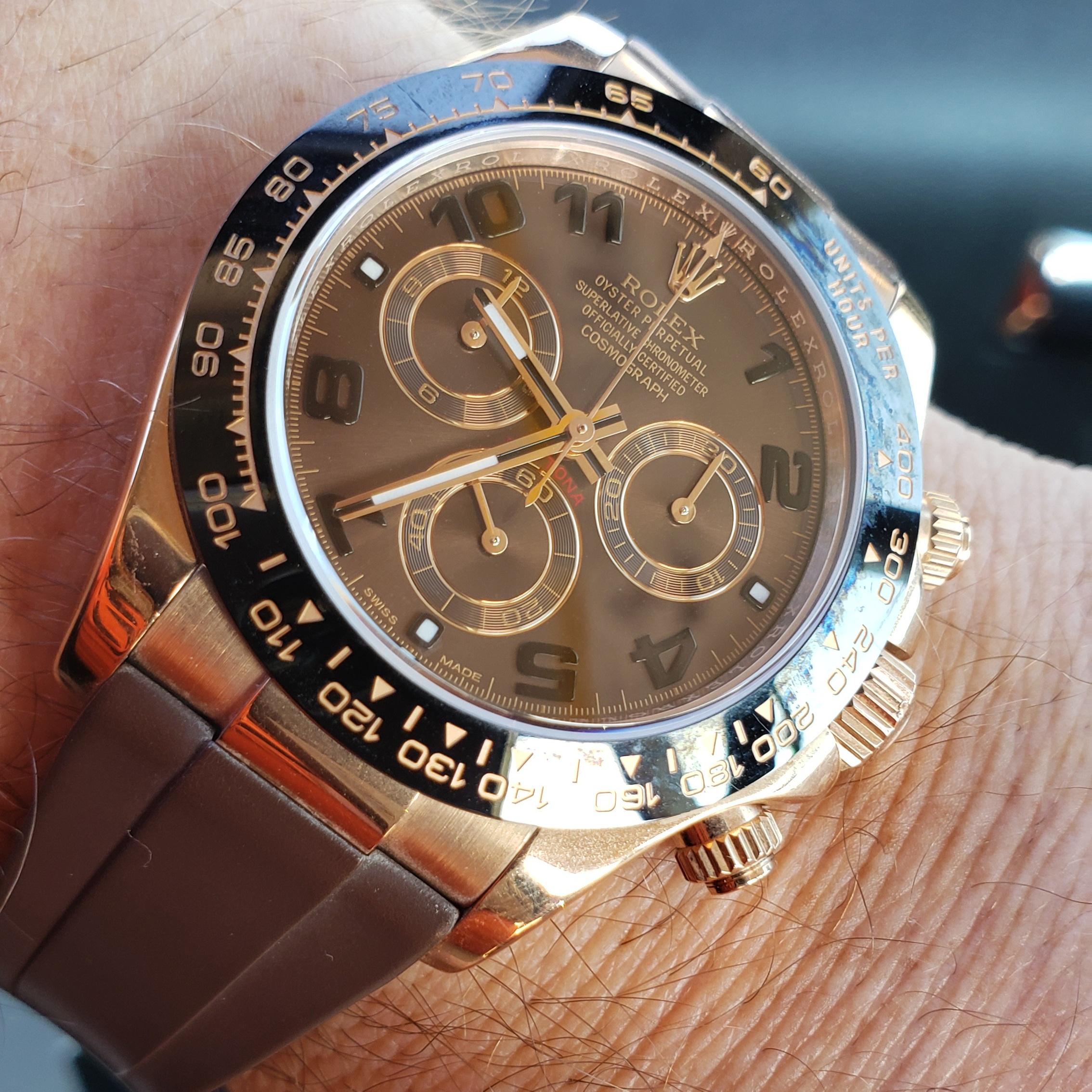 And my other more modern stainless ones. 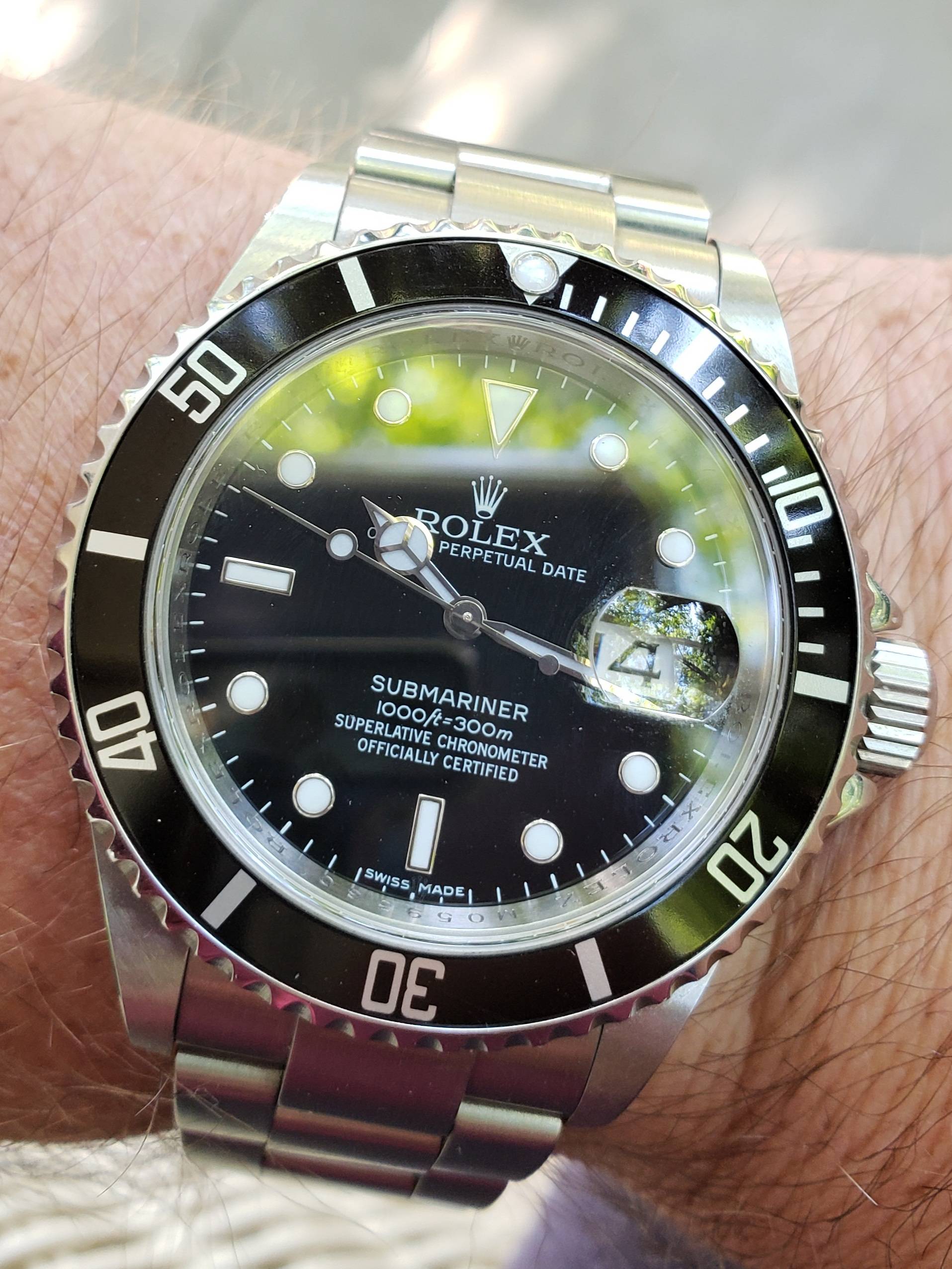 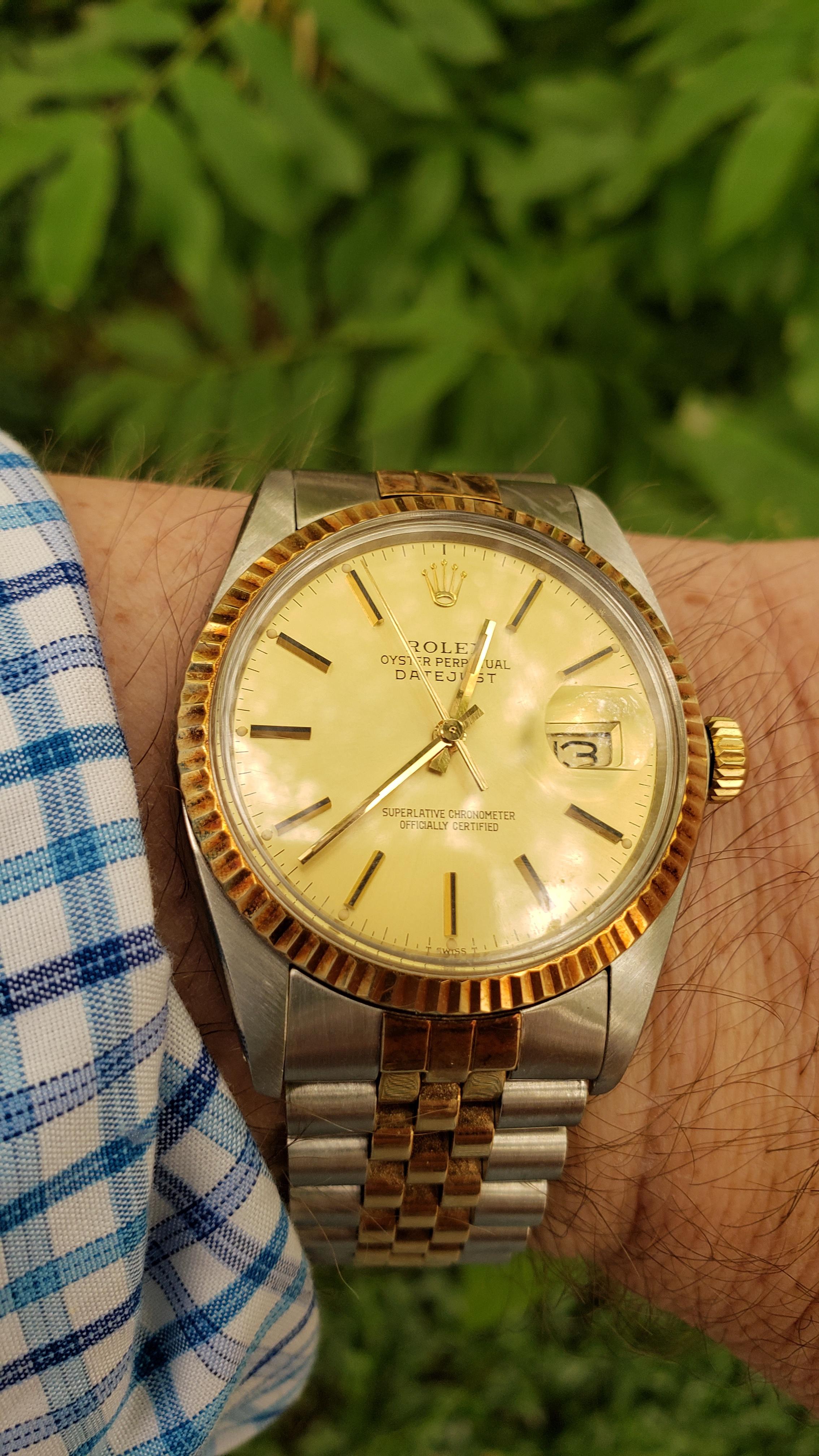 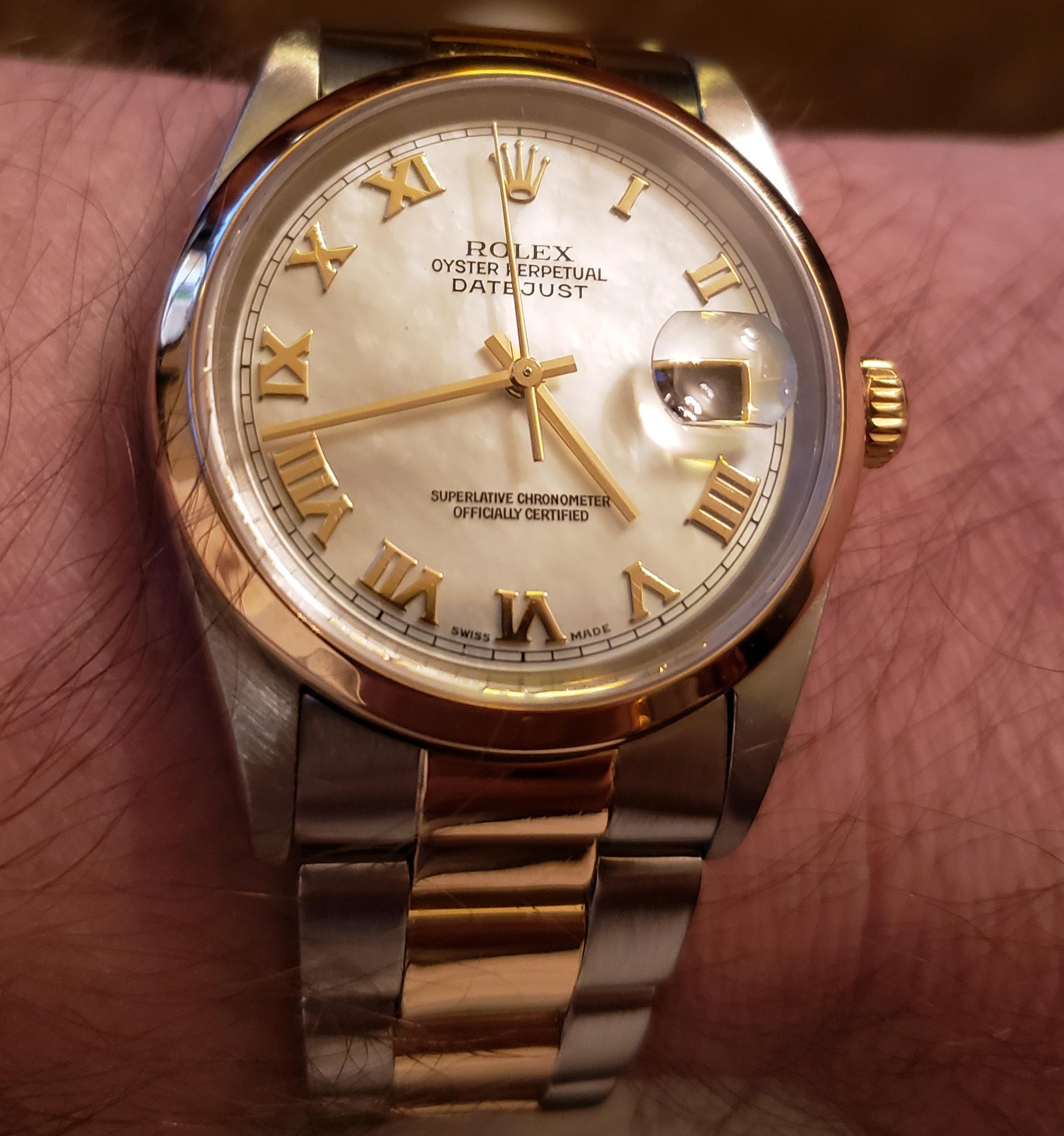 And my moldy oldies: 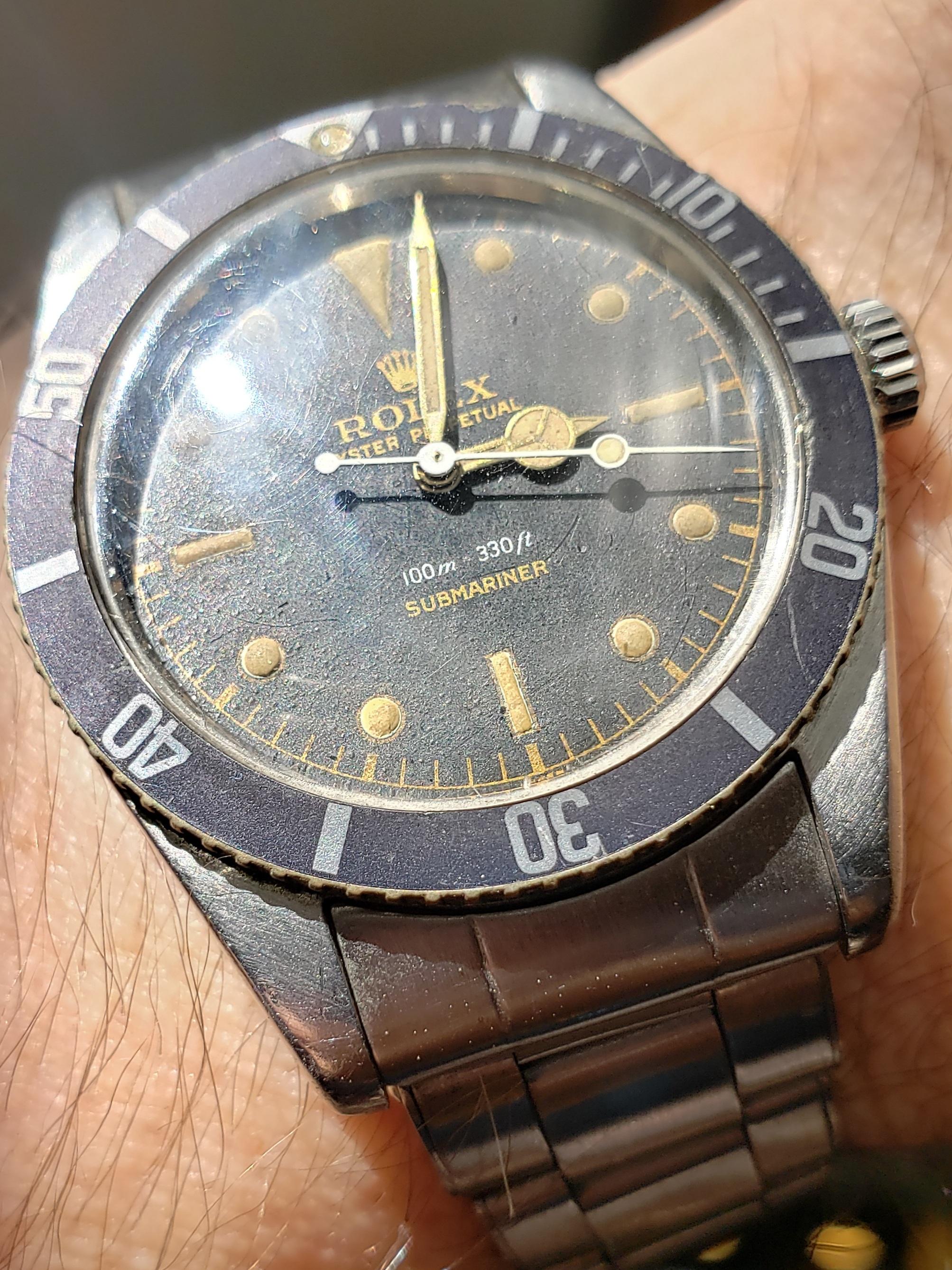 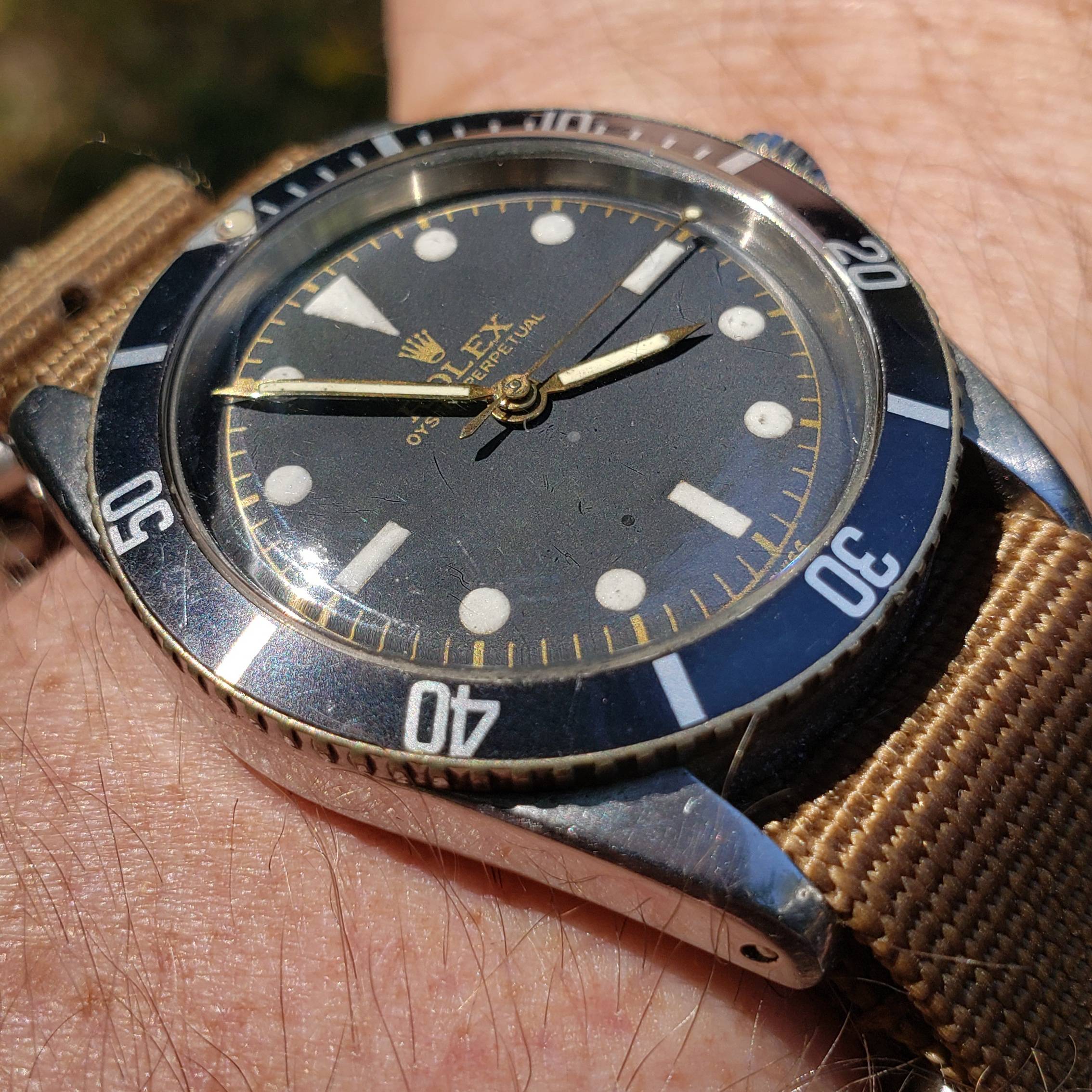 And the really old ones: 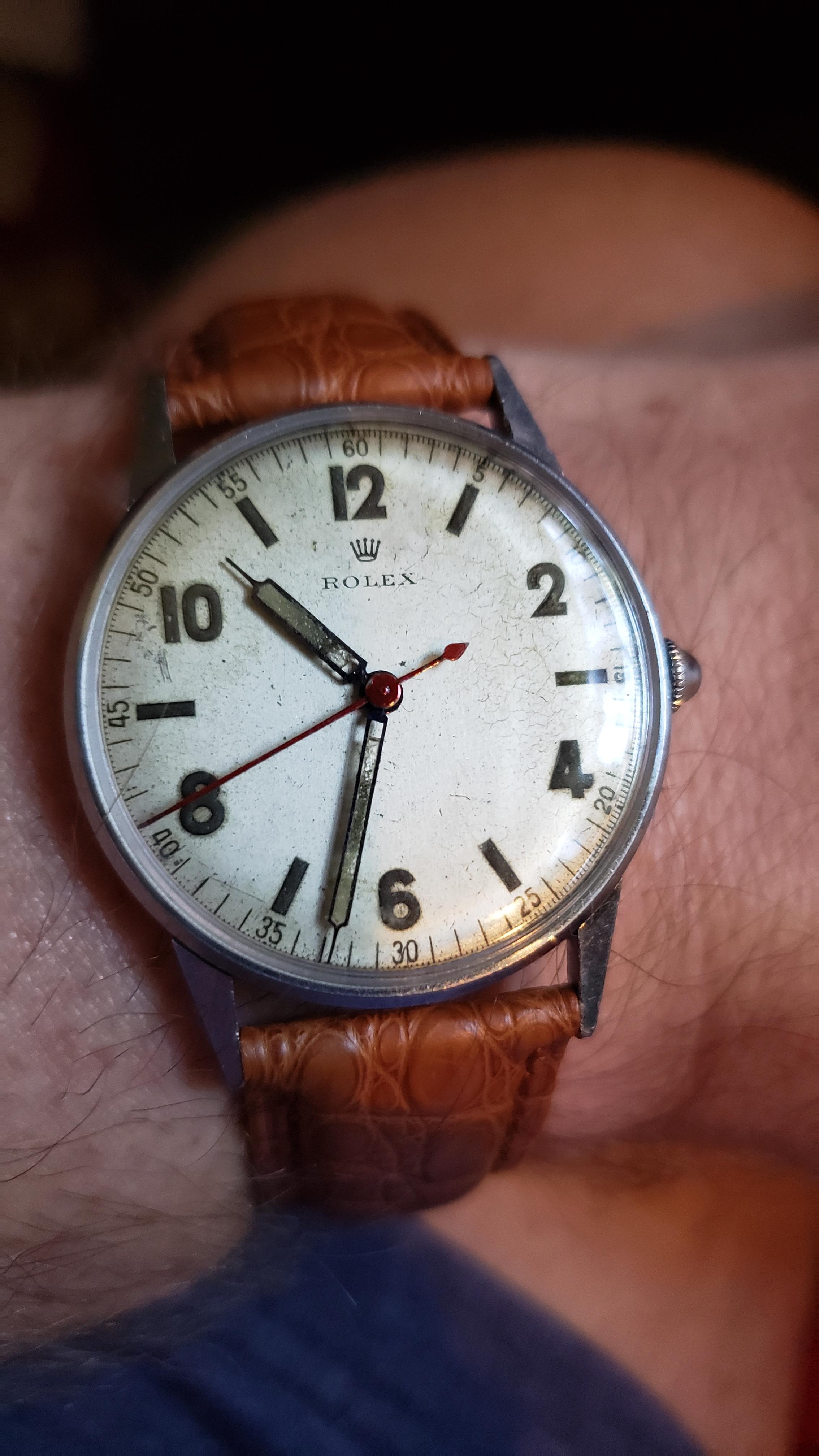 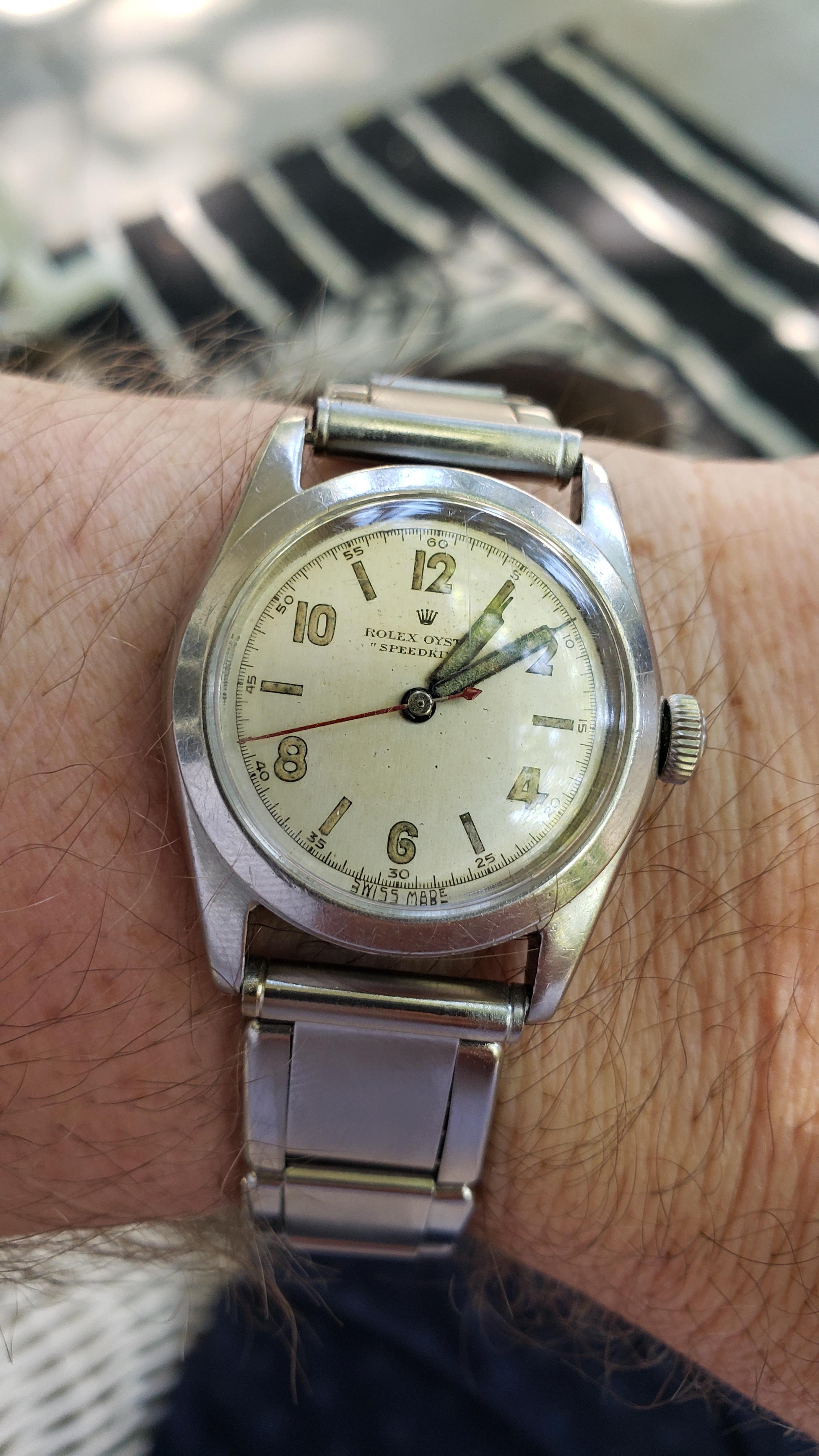 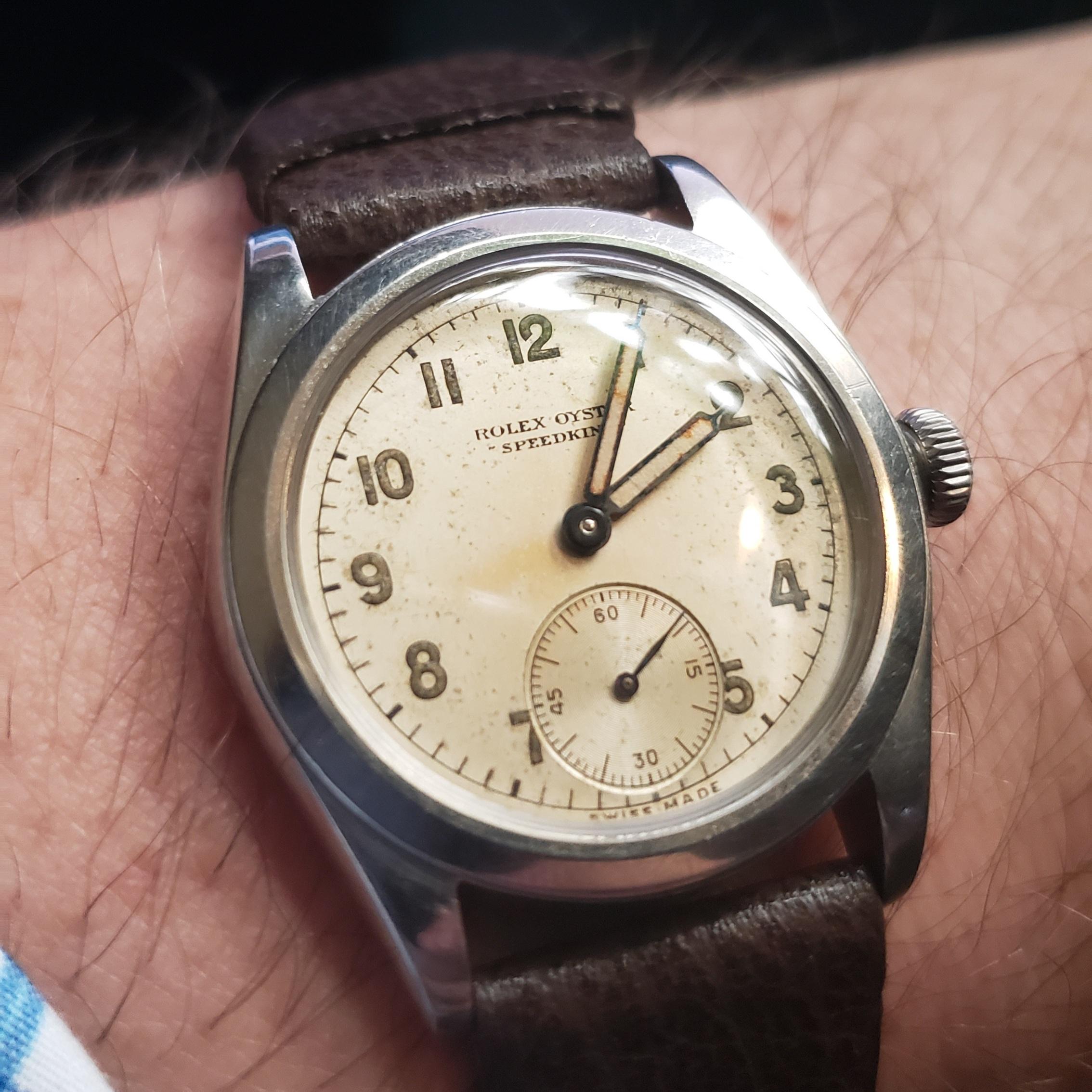 That’s the spirit! As Rule of Acquisition no. 141 states: only fools pay retail.
I always hope for the best. Experience, unfortunately, has taught me to expect the worst.
Elim Garak, Star Trek: Deep Space Nine

That’s the spirit! As Rule of Acquisition no. 141 states: only fools pay retail.

Given the slovenly state of the grey market/web sales/eBay/replicas? Call me Emmett Kelly.
Best of luck to all my longtime friends here. Please stay safe, always.

https://www.watchpro.com/rolex-drought- ... -to-close/
My best friend from college shared his secret to his huge financial success, "I fell out of the right vagina."

Early in the pandemic I predicted (along with others) the tanking economy would crash the Rolex market. It's had the opposite effect!
Unlike Midwest meatpackers, Rolex shut its plants - so we have ham hocks (and covid outbreaks) but no GMTs.
Prices are absurd, the law of no supply and high demand in effect.
Post Reply
9 posts • Page 1 of 1