We're having a little get together this evening. My brother in law is retiring today after 30 some odd years at the grindstone. I am in charge of the smoked meats part of the menu. That's where the smokin comes in. Decided to go with a beef and a pork option-though I'm not expecting any religious objections to either. On the left we have a beef brisket which I bought whole and separated the point cut from the flat. It's just easier to get it done that way. The point cut is thicker and takes about 3 or 4 hours more to cook than the flat. In the pan on the right is a pork shoulder. I put it in a pan midway through the cooking process which saves some of the drippings which can later be incorporated into the pulled pork. The point cut and the shoulder have been on the smoker since 1 am this morning, the flat cut was added at 5 am. Expecting to reach 190 degrees internally in another three hours or so. Then the meat will rest a while before being sliced or pulled, then served along sides which others are providing.
Certainly many adult beverages will be consumed and that's where the jokin comes in. Interestingly, my brother in law who is retiring today built a bar into his home years ago. I among others frequent the joint and although nobody smokes inside, smokin and jokin is a term we use to describe the goings on. I even had some Tshirts made for the bar a few years ago that use the saying. Oh, and I made some homemade barbecue sauce (mustard base with some cider vinegar which I like with pork especially.) Have a nice weekend everyone. 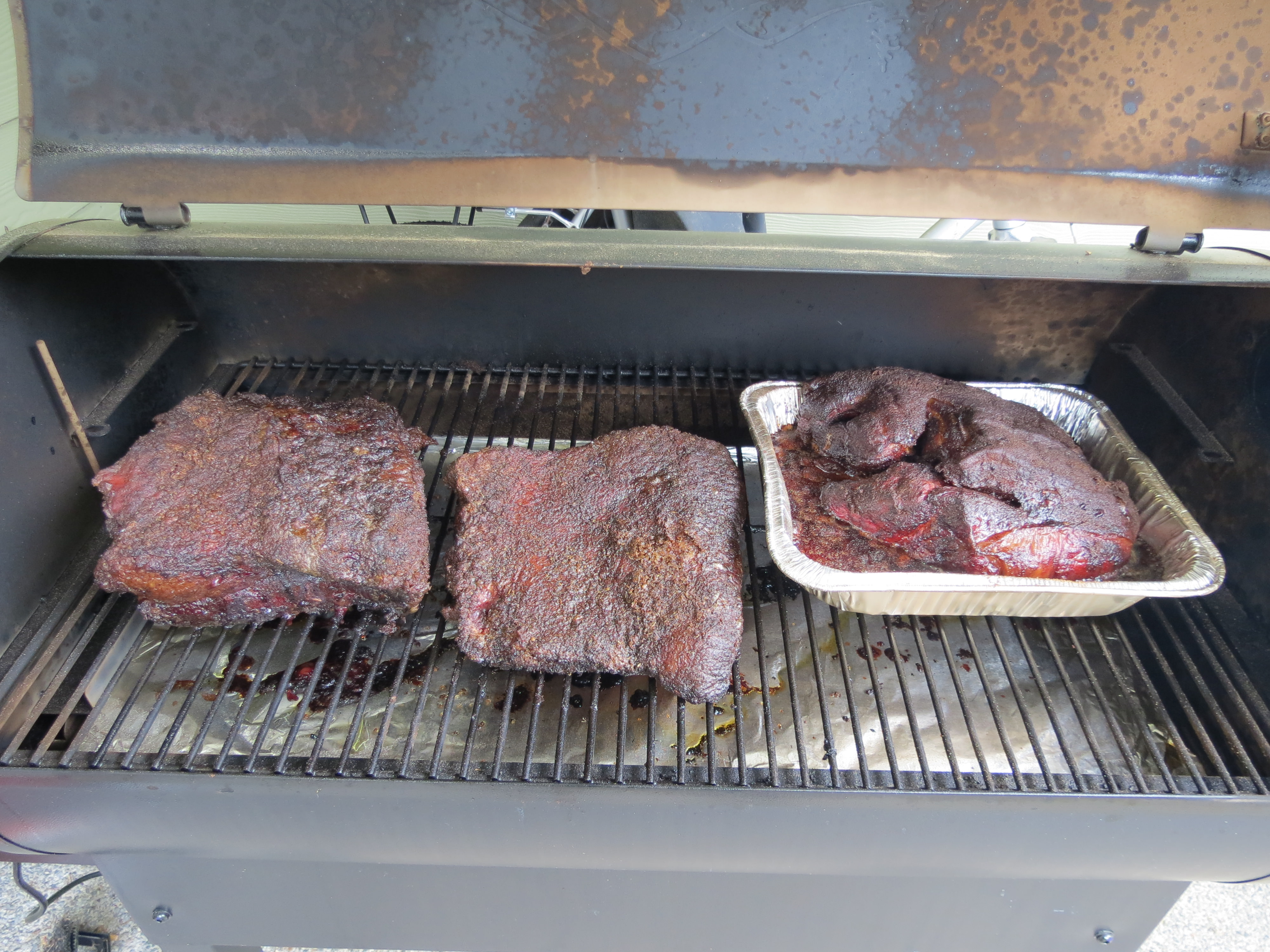 The BBQ Gods bless this event...

Congrats to your brother in law!

Looks amazing. Is this bar a public establishment?

It's not a public establishment but just let me know Russ, I can get you in the door. Here's a couple pics of the pulled pork-before and after. If you don't have any of these claws you ought to get you some. 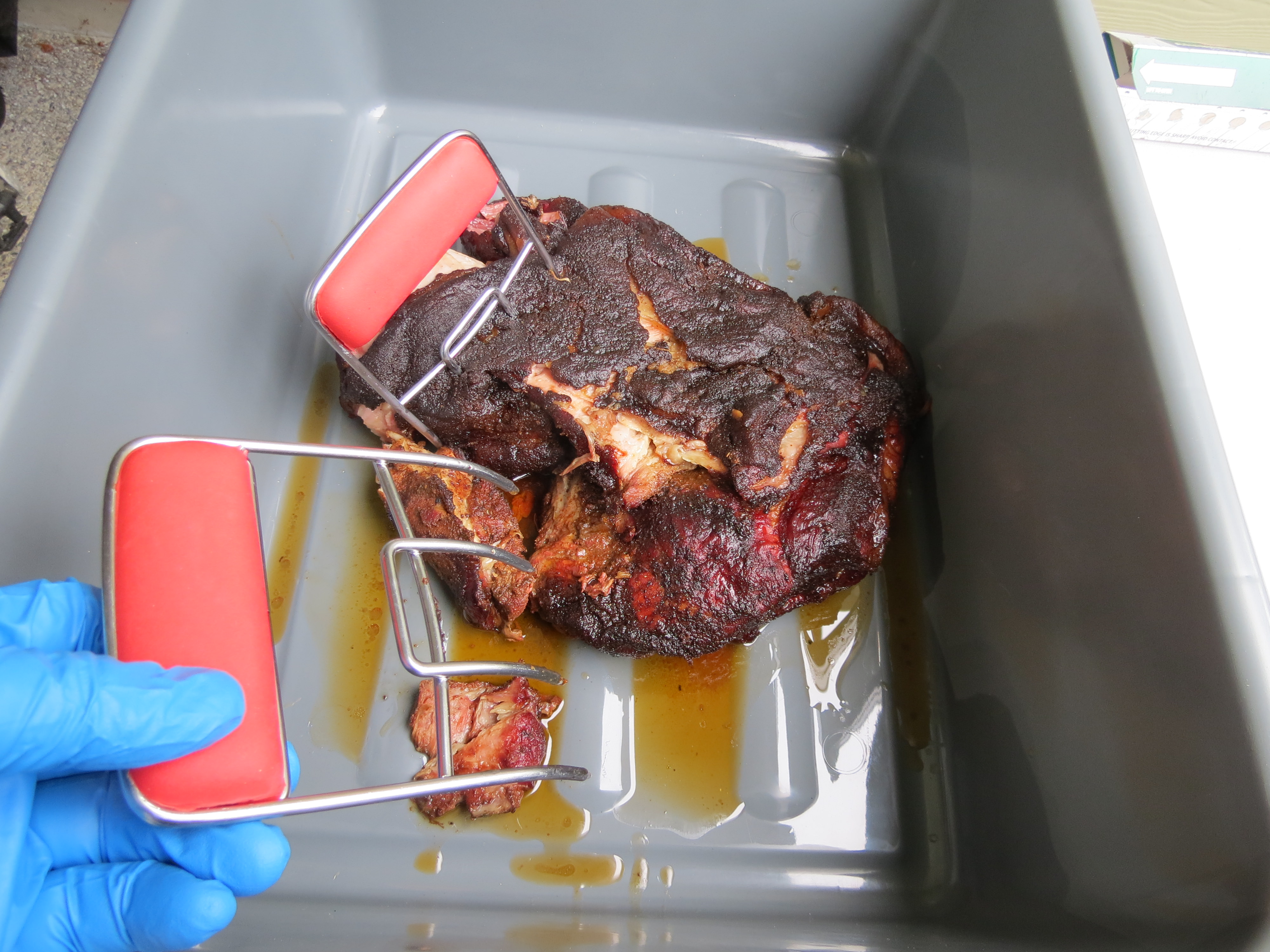 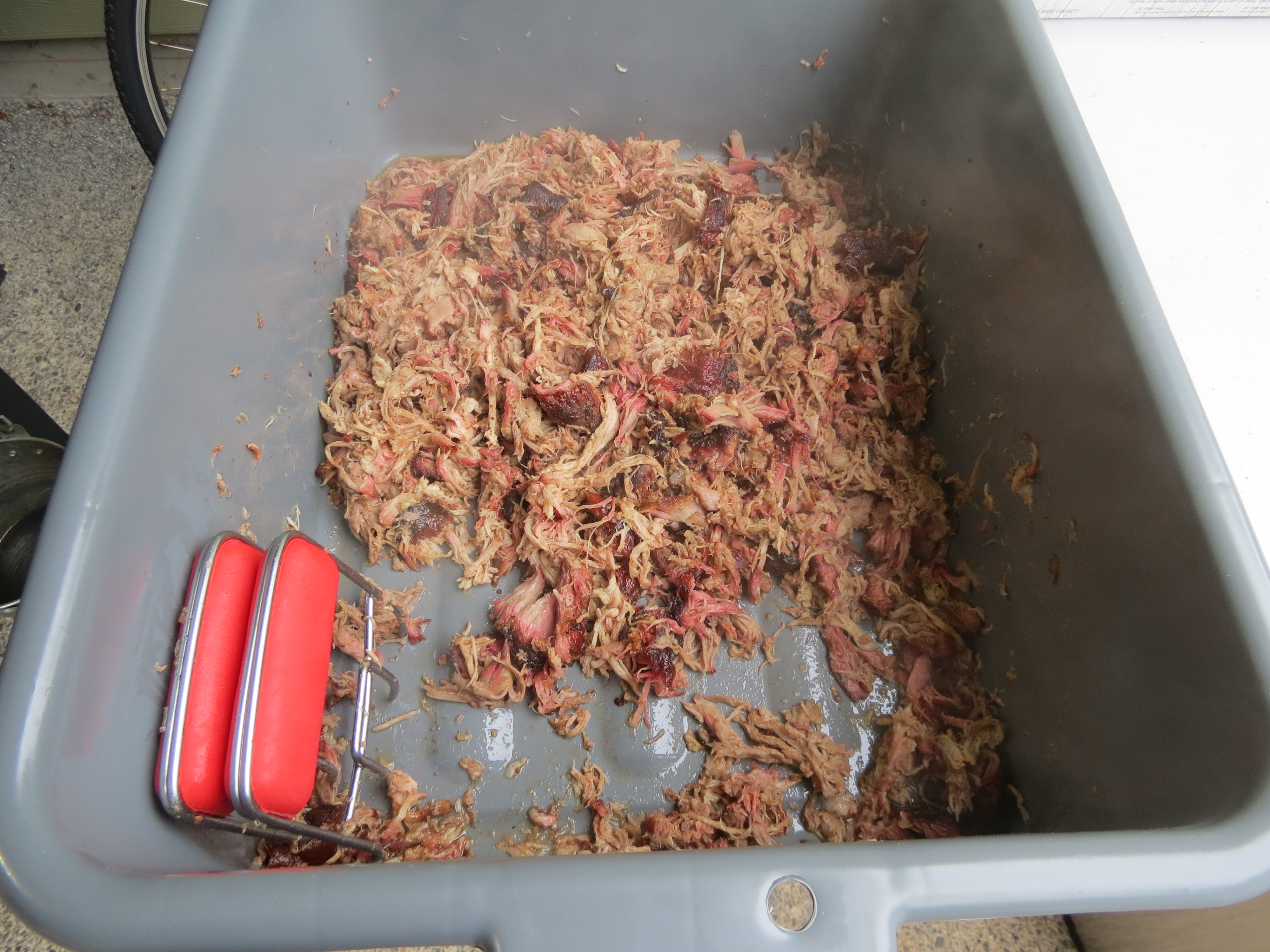 Coincidently I was pulling my pork just the other day.

Pulled pork .... pulled pork!!!! Just about my favorite summer food. Damn. I want an invite, and today. Worth the drive!
"Funny how things that start spontaneously end that way. Eat a peach." - Neil Young

Ideal place and chef for the next Lords meet up.
In memory of TB/Phfluff, since he isn’t here to continue to give his praise, I will share it for him.

Looks fantastic - got some nice bark and smoke ring.

I am sure it was as good as it looks.

Sounds like a great way to spend an evening and am sure your skills with the meats were greatly appreciated.
My best friend from college shared his secret to his huge financial success, "I fell out of the right vagina."

biglove wrote:Sounds like a great way to spend an evening and am sure your skills with the meats were greatly appreciated.

Return to “The Ronco Larry Grill”