A short history of DOXA

A short history of DOXA

"The dusty shelves of antique stores and less-trafficked avenues of eBay are full of watch brands whose glory days are well behind them. DOXA, who date their history back to 1889, was almost one of those brands. But thankfully, the name persevered, and DOXA is still with us today, and the brand’s future looks bright – almost as bright as their famous orange dials.

The history of DOXA is one that’s best told in two chapters. The first is the late 19th century story of a brand that began, like so many, in the Jura Valley – the heartland of Swiss watchmaking. Georges Ducommun quickly built DOXA into a brand with a strong reputation for reliability and innovation, including their eight-day calibre – patented in 1908 – which became widely used in dash-mounted clocks in automobiles and planes. But DOXA’s main moment didn’t come until some years later, in 1967 to be precise." 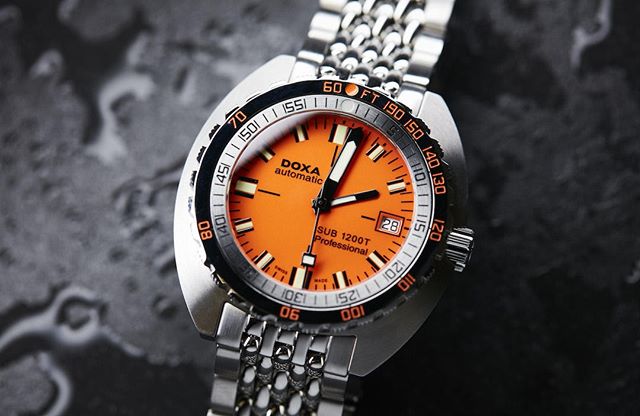