A Brief Guide to Vintage Doxa

A Brief Guide to Vintage Doxa

From WUS - Credit to the original poster MKWS

Given that little information can be found on pre-SUB Doxa watches, and but a few guidelines on how to identify them, let me share all the bits of info that I was able to put together...

SERIAL NUMBER SYSTEM 1940-1966
In 1940, Doxa introduced a 7-digit serial number system, with the first two digits corresponding to the year of manufacture. In other words, 40XXXXX corresponds to 1940, and so on.
The serial is always stamped on the outer side of the case back.
Movements had a Doxa stamp on them, but no serial.
PRE-1940: The archives were destroyed by a flood in 1966- if the Doxa you're trying to identify does not follow that pattern, three things can be the reason behind that:
1. In the 1950s, there was apparently an additional numbering system- although I'm not even close to being familiar with that. If anyone is- please post any info here, in order to make this short guide more detailed.
2. Pre-1940- if the serial does not follow the 7-digit pattern, and the watch is equipped with an Aurore-Villeret 110 movement (wristwatches) or an FHF with modified bridges (pocket watches), just the decade of manufacture will do... If you have a presentation Doxa watch with a date on it- good for you. Otherwise... Well, sorry. Dating to the nearest decade is as good as it gets. For a wristwatch with an A-V 110, most likely 1930s.
3. Frankenwatch- if the case does not have a correct Doxa stamp inside- walk away. Even if there's a 7-digit serial on the case back. If the first two digits make no sense (like 41 on a watch with an ETA 1080 and 1950s looks to it)- yeah, you can be pretty sure it's a generic case. For dirt-common movements it's no challenge to find a generic case.

CASES
Doxa has been using chrome plated, gold plated and solid gold cases. Some of them were manufactured by an outside case company like Maeder-Leschot or Paul Bovier. In such a case, the case back will still have a Doxa serial and stamp.
BE CAREFUL WITH SOLID GOLD CHRONOGRAPHS! Doxa has used Landeron and Valjoux movements. The fact of using Landeron means the possibility (sadly, a confirmed one) of Chronographe Suisse with wafer-thing gold cases being "converted" to Doxa watches. That said, if it's got an unsigned Landeron inside, or one with a shoddy "Doxa" marking on it, and the case IS wafer-thin (optionally: with hollow lugs), and everything about it screams "Chronographe Suisse", then it probably IS a Chronographe Suisse.
Case not properly marked, regardless of whether gold, gilt or chrome? WALK AWAY!

MOVEMENTS.
All throughout the 1930s, and well into the 1940s, Doxa has used one "workhorse" movement- the Aurore-Villeret 110. Now, a lot of sellers will try to use a phrase like "in-house Doxa movement" or "manufacture Doxa movement". Keep in mind, that there is no such thing, except one or two ladies' watch movements from the 1960s. That's that. The Felsa 55 has been used as well (according to the entry for that movement in the Ranfft archive).
In the early 1940s, Doxa started using ETA movements- usually, with a set of bridge modifications that will make finding the right movement in the Ranfft archive a drag. What will determine the ebauche manufacturer and the calibre, is- as always- the balance cock shape, and (if you're lucky to have a good picture of the movement) the tiny markings under the balance.
In the early 1950s, Doxa has used a next generation of ETA movements- 1080, 1100 and their derivatives. Specimens from circa 1950 were not equipped with a shock device.
In the mid 1950s, Doxa has also used dead beat seconds movements by Chezard- these, by Doxa standards, remained pretty much unchanged in terms of bridge shapes.
Automatic movements used by Doxa were-pro maiori parte-ETA. I'd give the usual few percent for the chance that I'm wrong, and that they actually have used anything else than ETA automatic movements.
Heard about specimens with bumper movements- never have seen a Doxa with one, so I cannot prove that these have existed.
There are triple date and triple date moonphase Doxa watches out there- except for a module, the basic hand-winder will be the same thing with the bridges modified by Doxa.

DIALS:
Wristwatches made between the late 1920s and the late 1950s can have three types of the Doxa logo:
1. Painted, upper case letters, the D noticeably larger than the rest of the script.
2. Painted, upper case letters, the D almost identical (although almost unnoticeably larger) to the rest of the script size-wise. CAREFUL WITH THESE! I've seen specimens without obvious signs of a redial, but I wouldn't vouch for a watch with a logo like that. If you are having a hard time telling a redial from the real McCoy, best stay away from these...
3. Applied (raised), upper case letters, D noticeably larger than the rest of the script.
Do you see a Doxa logo like the one used in the SUB on a 1950s model? REDIAL.
ANTI-MAGNETIQUE/ANTI-MAGNETIC MODELS:
Be careful with the "Anti-Magnetique" inscription. It should ALWAYS be written separately, with a dash between the two words. A specimen with Tissot-like font used for that, and Anti-Magnetique" written as one word, is probably a redial.

SIZES:
Doxa watches came in a wide range of sizes, from 28 all the way to 38mm. Oversized watches tend to be overpriced. Chrome-plated 38mm watch being sold in the Omega price range? Do yourself a favour, and don't buy that. They just wait for you to believe it's worth a lot. I've seen a lot of 36-38mm Doxa watches out there- not exactly a rara avis. Certainly, a little bit more unusal for a 1950s watch, but there's tons of them... Mass production.


OK, so that's a bit of what I have found out. I'd encourage everyone, who has any info, to keep improving this short guide to Doxa. With the Doxa forum not exactly willing to identify watches posted there, and a lot of SUB worship going on (understandable, but please, there is a lot of great non-SUB Doxa stuff out there!), someone has to at least try to provide a basic set of info...

Re: A Brief Guide to Vintage Doxa 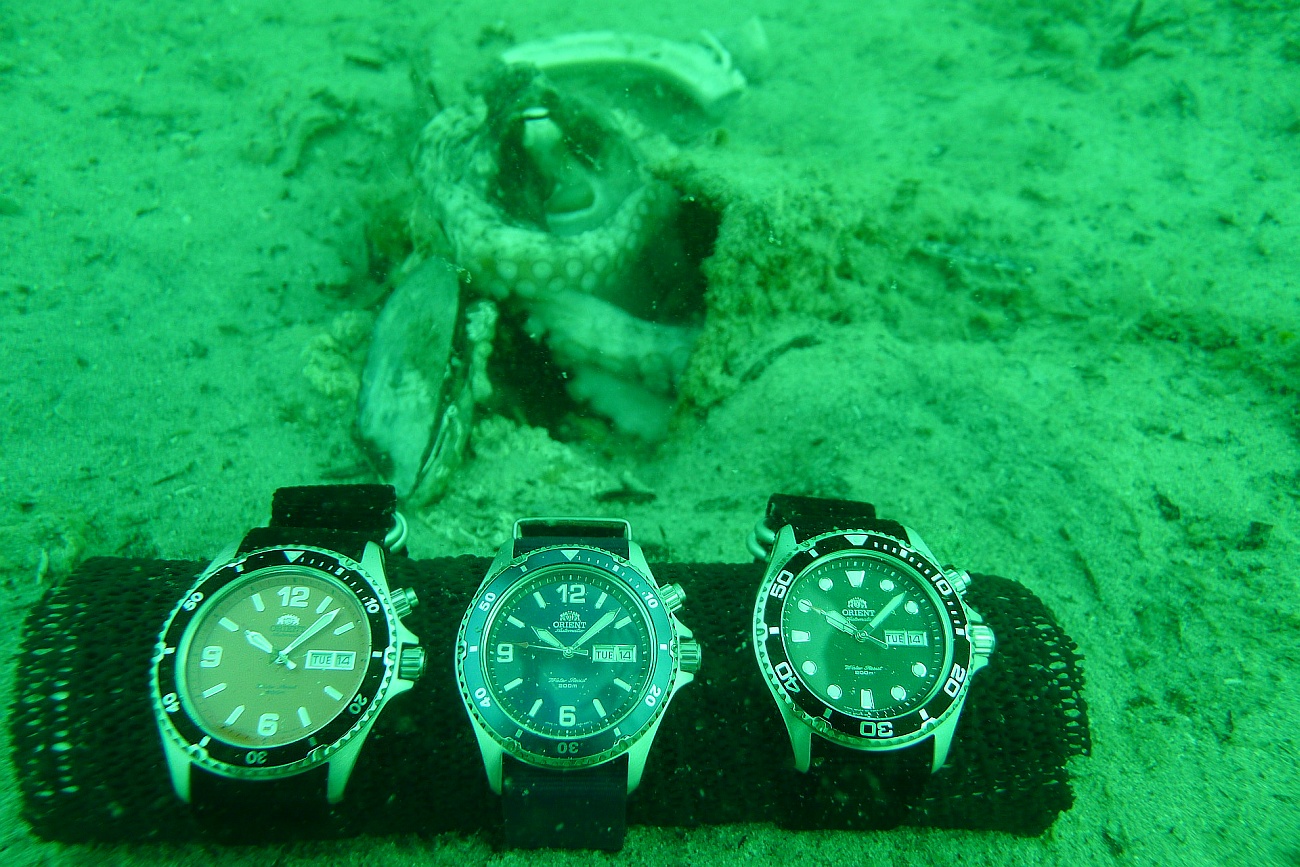