The Doxa brand was founded in 1889 by Georg Ducommun (1868 - 1936). Their watches have gained recognition for decades for products offering good quality at a reasonable price. Despite the rich heritage in combination with several industry tycoons such as Omega or Rolex, the Neuchatel workshop could have been regarded as a "poor cousin" in the 1960s. However, it was Doxa that created one of the most famous projects of the decade. How did it come about a company that did not previously produce diving watches, was able to quickly take over a large area of such a difficult market?

The history of Doxa divers began in 1963 and is directly related to the person of Urs Eschle, who worked for her in 1956-68. Eschle was the initiator of the project to build an ideal watch for recreational diving from scratch. It was a novelty and a sign of the times. If we recall the production from the 1950s, it is easy to see that the main recipient of watches of this type was the army, and only then the civil market. This trend began to change around the turn of the 1950s and 1960s.

However, before the most famous diver from Neuchatel saw the light of day, the factory left model ref. 11804-4, which was produced from 1963 in 4 different versions. It was a large 43mm dive watch with an outer rotating bezel. Its form is very similar to watches of several other manufacturers such as Omega Speedmaster and Seamaster 300 and Eberhard Scafograf. This was due to the case supplier, which was the Huguenin Frères & Cie. At that time, this Swiss company supplied waterproof manufacturers with many housings, including Doxa, Eberhard and Omega. Model Ref. No. 11804-4 apart from the impressive sizes, they were distinguished by good properties, such as water resistance at 300 meters, which was obtained, which is worth emphasizing, without the use of screw down crown. The watch worked on a moved. with automatic winding cal. 11. Among collectors this "diver" is known under the name Shark-Hunter, due to the inscription on the dial used in the fourth, probably the last version of this watch produced. Due to its rarity and still low recognition, it is one of the most interesting diving watch of the first half 60.

A year after the premiere of this model, work began under the leadership of Urs Eschle on a much more technically advanced diving watch. The manufacturer clearly specified the target audience of the new model. In this way, he contributed to the popularization and development of the Skin diver type construction, even though the designed watch was not the most typical representative of this class. A team of experienced divers and watchmakers (including Clauda Wesly) was involved in working on the project, and their joint efforts bore fruit two years later. This is how the Doxa Sub 300 was created, one of the most recognizable diving watches in history. The model was presented at the Basel in the spring of 1966, and was available for purchase a year later.

Designers have devoted a lot of attention to achieve maximum readability. In the waters of Lake Neuchetel, which has already hosted many watches of this type, various shades of the dials were checked. The tests took place at a depth of 30 meters, at which orange turned out to be the most clear. This also proves that the watch was designed for recreational diving, which usually does not exceed this depth. Another convenience was the enlargement of the minute hand, which in immersion conditions is the most important for measuring time.

In the Sub 300 was used a Tonneau steel case, which was characterized by great ergonomics, and its shape protected the crown against bumps. The biggest differentiator of this watch, however, was the rotating ring. It had a very handy edge in the form of a sawtooth that provided a secure grip even with a diving glove. A miniaturized decompression table has been marked on the frame. The project was approved by the U.S. company. Divers Company, which became the sole distributor of the SUB 300 model in the United States, where the watch quickly became very popular. Its practical complement was the Expandro bracelet with a comfortable adjustment system, designed to put the watch directly on the diving suit. Soon the dials on the dials of the SUB word complement the letter T. This was due to the use of a reinforced case and flat glass.

Doxy engineers did not rest on their laurels and bent over the problem that other manufacturers of professional diving watches struggled with. In the 1960s, more safe and more efficient helium and hydrogen based breathing mixes were widely used to work at great depths. Helium, which consists of the smallest known molecules in the Si system, easily penetrated into the cases of most of the watches at that time. Professional divers often spent long hours in submerged diving bells, breathing a mixture of gases. Under these conditions, the watch was exposed to long exposure to their particles. Helium itself did not interfere with the mechanism, but during the ascent and rapid reduction of pressure, the gas rapidly searched for a way out of the case, which often led to the watch glass being pushed out or broken.

Manufacturers tried to solve this problem in two ways. Brands such as Omega and Seiko have worked to create a tighter cases with seals and helium resistant glass. On the other hand, Doxa was developing a structure whose task was to remove gas from the case in a controlled manner. A solution called HRV (Helium Release Valve) was created in cooperation with the Rolex brand. It was a small, spring-loaded valve on the side of the cese. It worked automatically when the difference between the water pressure and the pressure inside the case was the highest. Its tightness was ensured by rubber O-rings.

The Doxa Sub 300T Conquistador from 1969 was the first watch available on the public market to have a built-in helium valve. Although Rolex applied for a patent on November 7, 1967 (pat. No. 492246), the valve was only available in the Sea-Dweller model at the turn of 1971-1972. A manufacturer from Geneva also used this modification on a Submariner watch ref. GEV 5513 and 5514. Model Ref. No. 5514 was equipped with HRV as early as 1969, but was available only to a small group of professional divers from Comex.

Returning to Doxy, it seems that the commercial success and popularity of their divers was due to the fact that they were "tailor-made" watches, and therefore perfectly suited to the needs of divers. Doxa offered everything necessary in the Sub 300 model and rejected unnecessary excess. Outside the civil market, the watch was used by the army, including French Navy. Successive versions of this iconic model have become a permanent fixture in the constellation of the most famous diving watches and the manufacturer has remained true to the principle of "form follows function".

The second half of the '70s is the beginning of a recession in the Swiss watch industry. In order to reduce operating costs, Doxa joined the Synchron S.A. group in 1978. Despite this, it did not survive the crisis and around 1980 ceased production. In 1997, the Jenny family acquired the rights to the brand. In the 21st century, under new wings, Doxa returned to the market with re-editions of its legendary diving watches.

Thanks for your time :) Mateusz 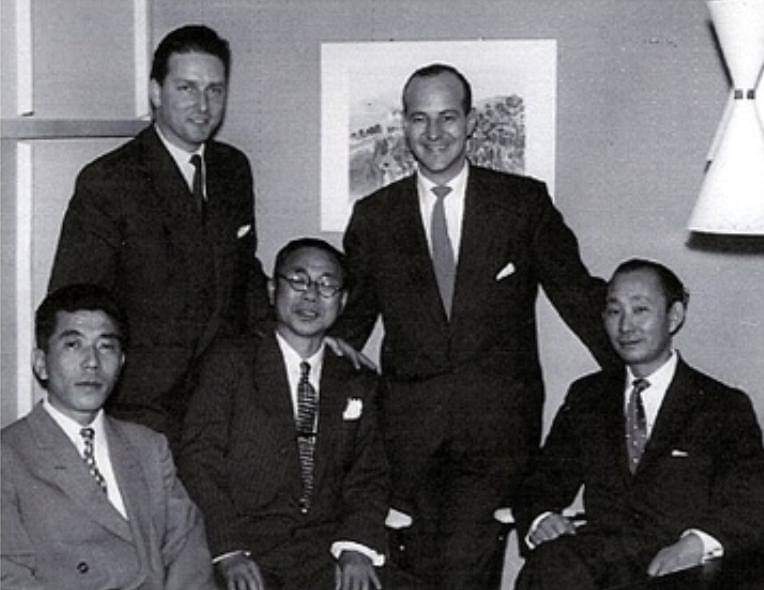 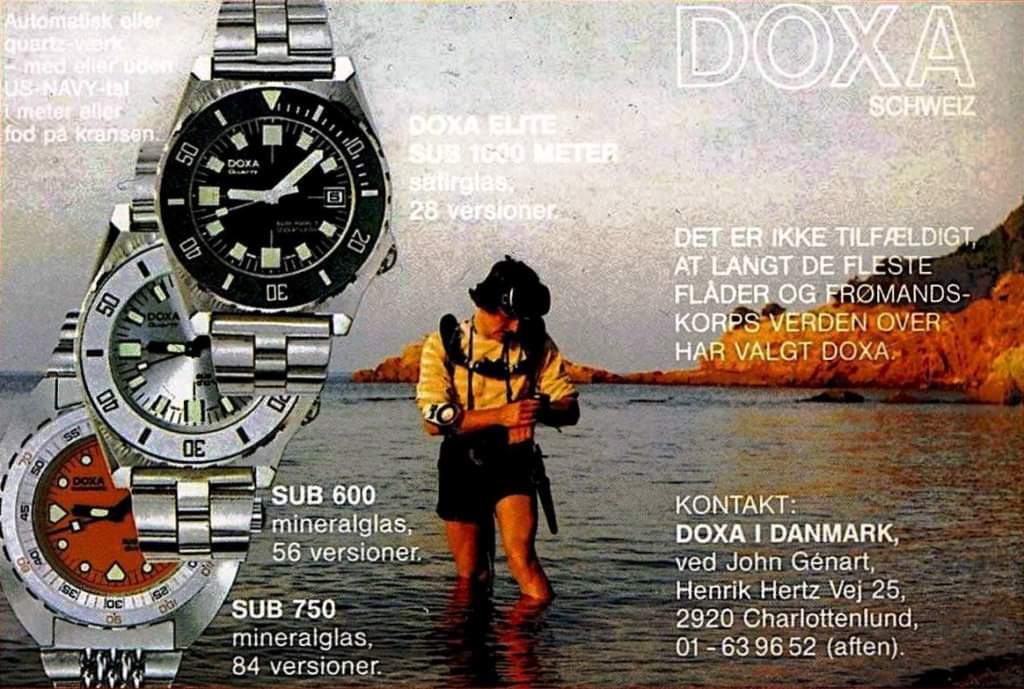 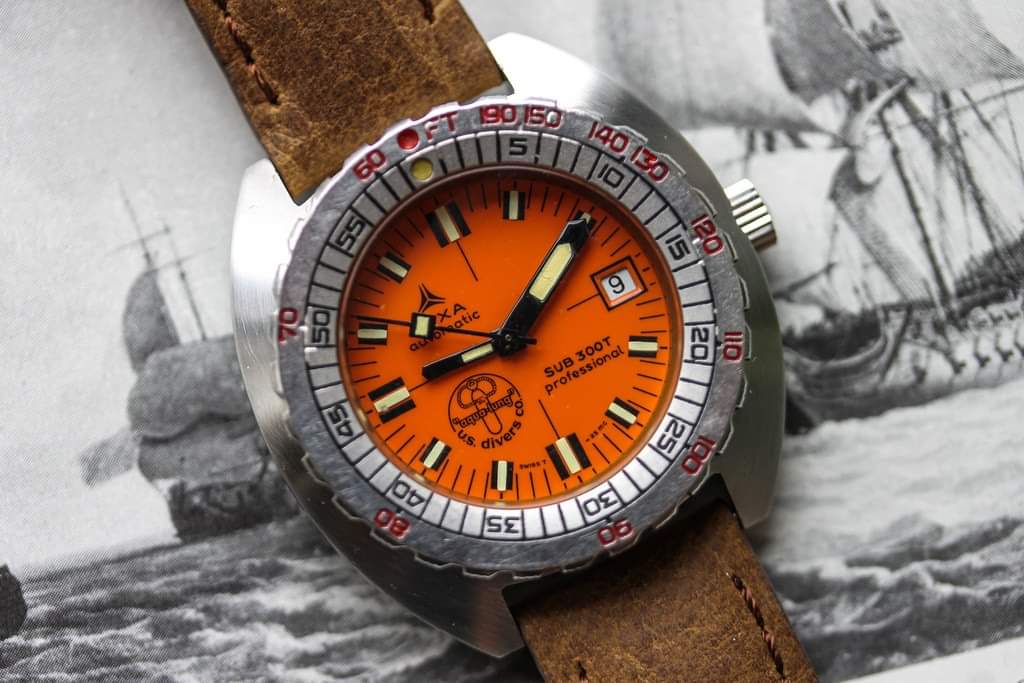 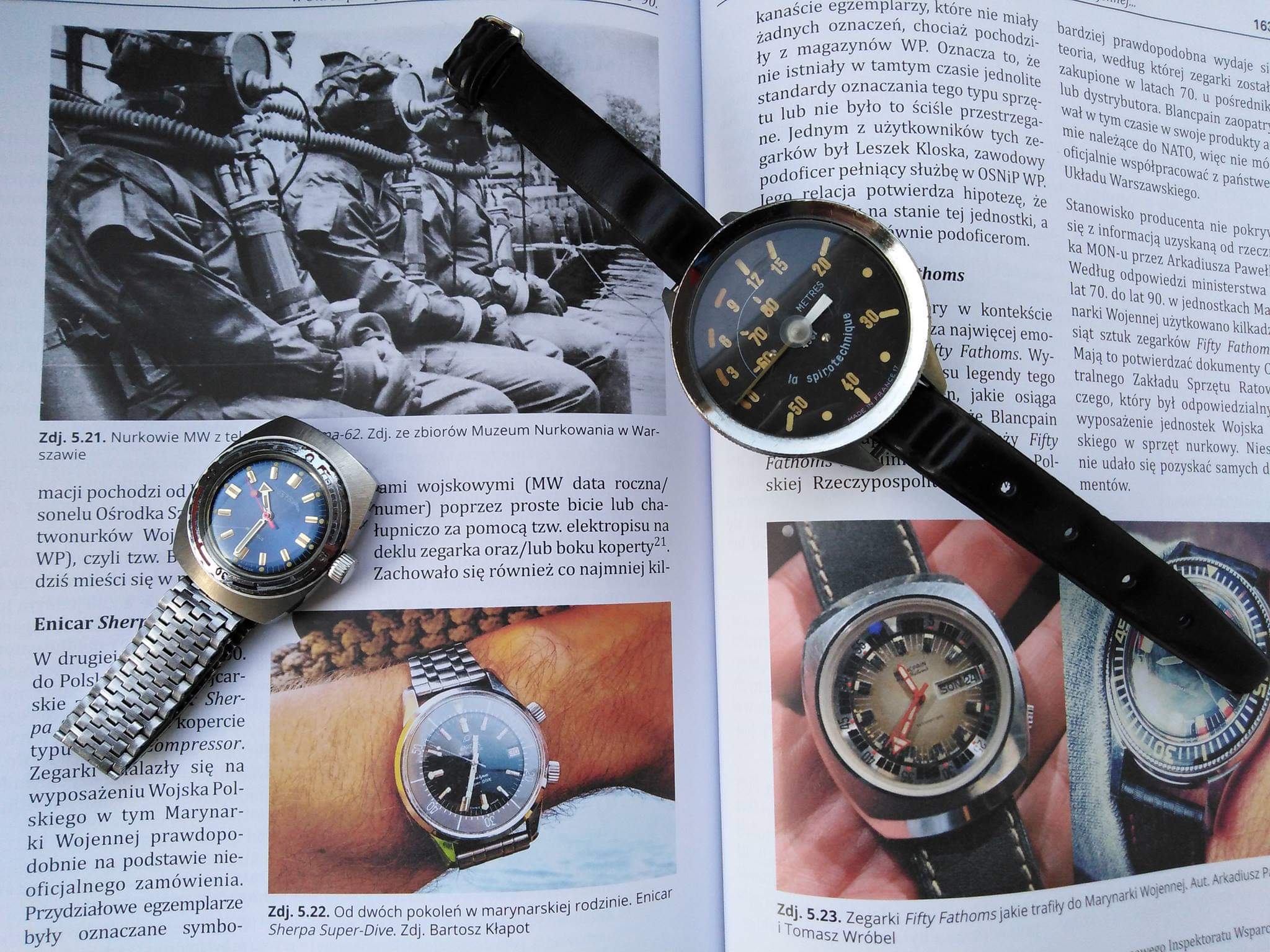 
He did indeed remove my post about a swiss company in china making Doxa.