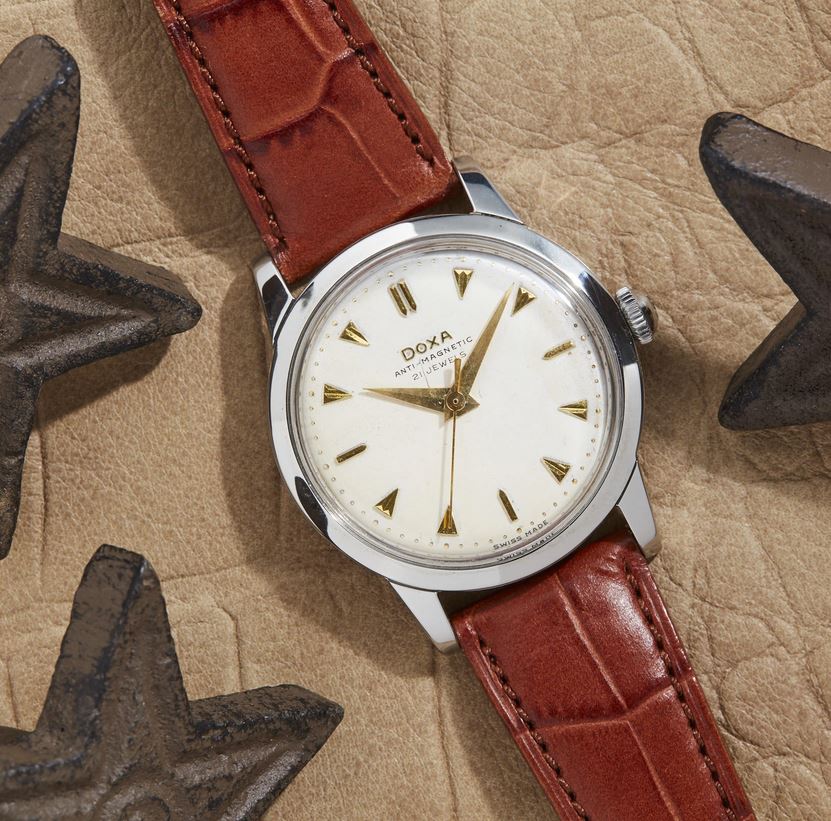 The image of a second hands “tick-ticking” around a dial is one most commonly associated with quartz watches. In a mechanical watch, the sweeping motion of the seconds hand is something of a visual trick—the hand actually moves several times a second, giving the illusion of constant sweeping motion. With quartz movements, however, the seconds hand only ticks once every second as a way to conserve energy, resulting in the trademark “tick-tick” that any owner of a Timex Weekender would recognize.

But there exists a complication in mechanical watches that mirrors the “tick-tick” of a quartz movement, which, though obscure, is nevertheless delightful to look at: the deadbeat or jumping seconds.


The deadbeat escapement owes its existence to a problem that John Flamsteed, the first Astronomer Royal at Greenwich Observatory, posed to the mathematician Richard Towneley in the 1670s. One thing had obsessed Flamsteed since his installation as Astronomer Royal: does the Earth rotate at a constant speed? However, the clocks and watches that he had used in his calculations, plagued by the recoil (that is, the multiple ticks each second) common in pendulum clocks, simply were not accurate enough.

By the 1950s, the complication found its way into wristwatches—most notably in Omega’s “Synchrobeat” Calibre 372 and Rolex’s Tru-Beat, Reference 6556. However, though these watches were touted as being more accurate (“second by second,” or so an Omega ad from the period ran), they never caught on. Many of their movements were cannibalized and found their way into other watches; surviving examples now can fetch tens of thousands of dollars at auction.

DOXA was one brand that introduced a dead-seconds wristwatch in the 1950s. Though known best for their chunky, sporty dive watch that Jacques Cousteau (and our founder) both love, the Sub 300T, the brand also dabbled with complicated movements. The Jumping Seconds was one of these.

For their Jumping Seconds watch, DOXA relied on the Swiss èbauche manufacturer, Chezard. While the calibres used by Omega and Rolex were plagued with problems (being difficult to both produce and repair), the movement made by Chezard—the Calibre 2-115—was like a breath of fresh air. However, DOXA’s Jumping Seconds, like its true-beat cousins, wasn’t long for the world, seeing barely a decade of production before it was discontinued.

Needless to say, surviving examples are rare. In fact, we can say in our decades of collecting DOXA that this is probably the only one we’ve come across. Beautifully-preserved, with only minimal signs of wear on the dial, this is a watch that as delightful as it is rare, a dress watch that is absolutely mesmerizing to look at.